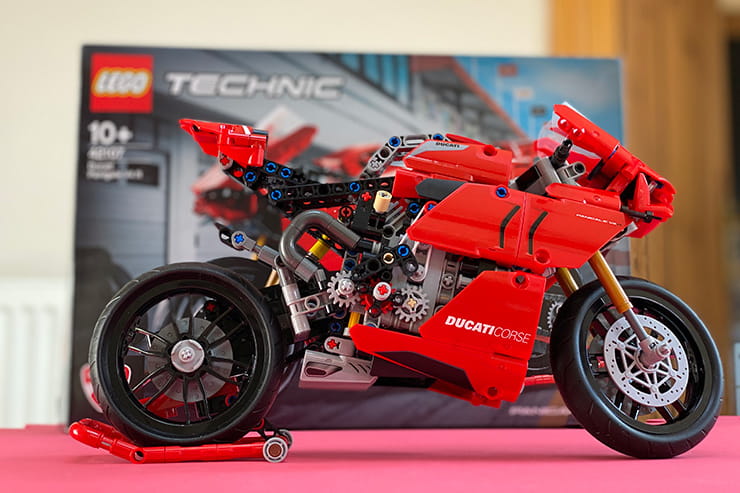 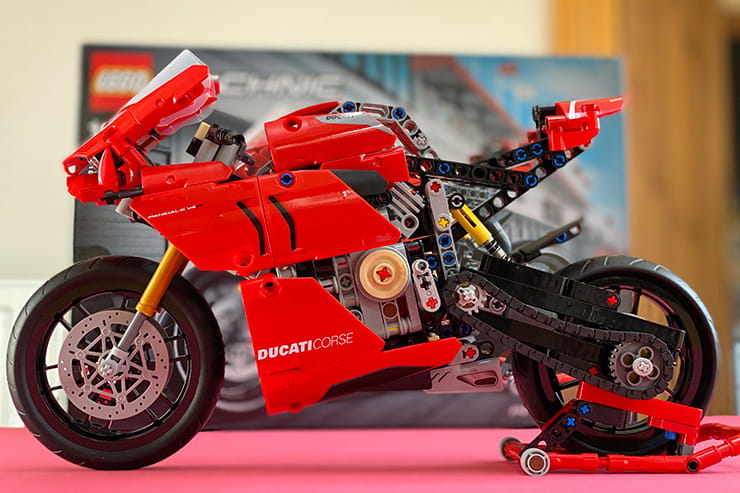 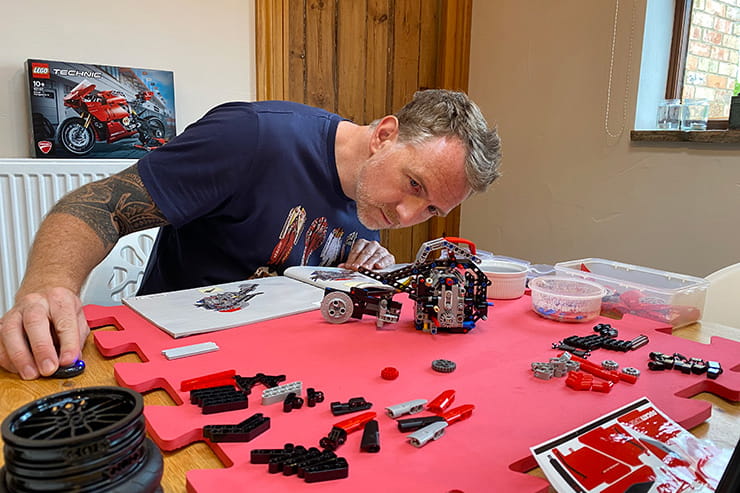 Whether you’re ten years old or seventy, you can always trust LEGO to conquer your boredom, especially during this dreaded COVID-19 era, just so long as you have the dexterity, patience and eyesight required. Or perhaps it’s opposite of boredom, perhaps it’s the excitement of focusing, concentrating and occasionally swearing at hundreds of tiny pieces that all slot together in a particular order to form the object of desire. For ten-year old me, I adored these simple, coloured blocks. Whether I was designing and building my own incredibly basic Formula One cars or a pit garage in which they could be based, I loved finding the right parts to make what I thought was the future of F1.

Roll forwards 30 years and in front of me are the 646-pieces that should come together to form a Ducati Panigale V4R so long as I can interpret a 119-page instruction manual correctly. Either way, I’m reminiscing already. Circa 1990 I’d never dream of spending £55 on a box of LEGO yet compared to back then, the level of creativity, accuracy and the remarkable development in the shape, size and breadth of the pieces that has gone into this model is incomparable. And, not since the BMW R1200GS Adventure from 2016 has the Danish toy giant made such a detailed representation of a motorbike. 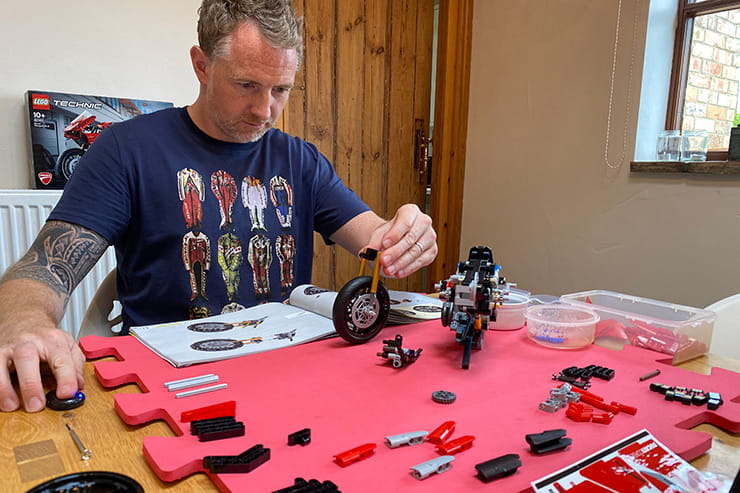 Yes, it’s far less detailed than a regular plastic model and of course not a patch on the £35,000 real thing but LEGO’s interpretation retains the characteristic lines of the motorcycle, the aerodynamic wings are in place, there’s a paddock stand for the rear wheel, the handlebars move from side-to-side, there’s working front and rear suspension, a 35-piece chain that although look a little saggy rotates with the cogs attached to the rear wheel. It attaches to a two-speed gearbox which also has neutral, and when in neutral, just like in real life, the rear wheel rotates more freely and the pistons (visible in the engine block) don’t move up and down like they do it first or second gear – though there’s no real difference between the gears. The fairings are deliberately only attached with one connection and are therefore easily removable.

So, if you’re an Italian sportsbike fan or not, LEGO have provided a £55 version of the £35,000 Ducati Panigale V4 R. Finally, a Panigale we can all afford. Available from 1st June, this model from LEGO Technic range is the first to be created after a licensing agreement was recently signed between the LEGO Group and Ducati Motor Holding.

Aurélien Rouffiange, Senior Designer at LEGO Technic, said, “It was essential that I included as many authentic details from the real motorbike as I could, ensuring I captured all the bike’s curves and the unique features. We demonstrated what the LEGO Technic range is capable of by engineering a fully functioning motorcycle gearbox for the first time and connecting it to the spinning V4 cylinder engine using existing pieces.” 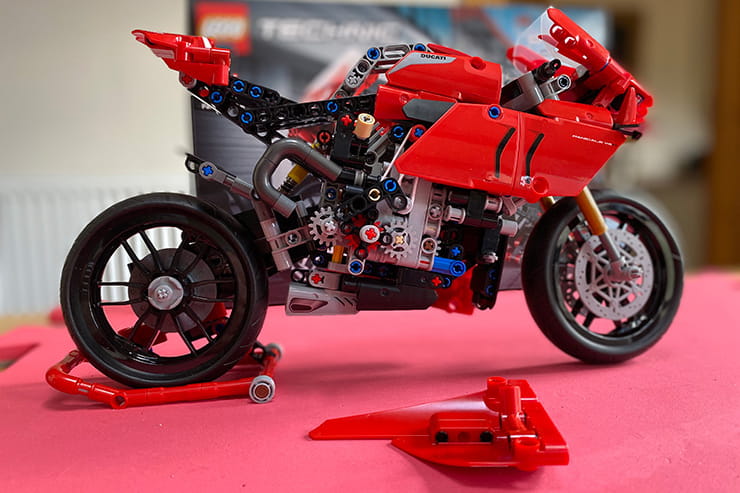 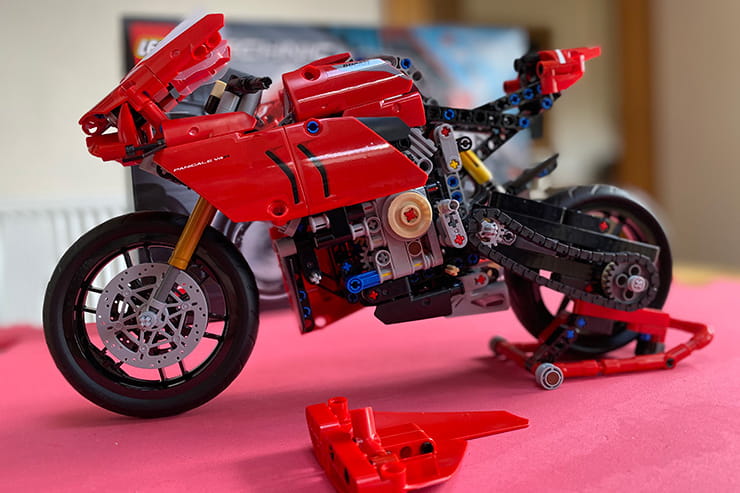 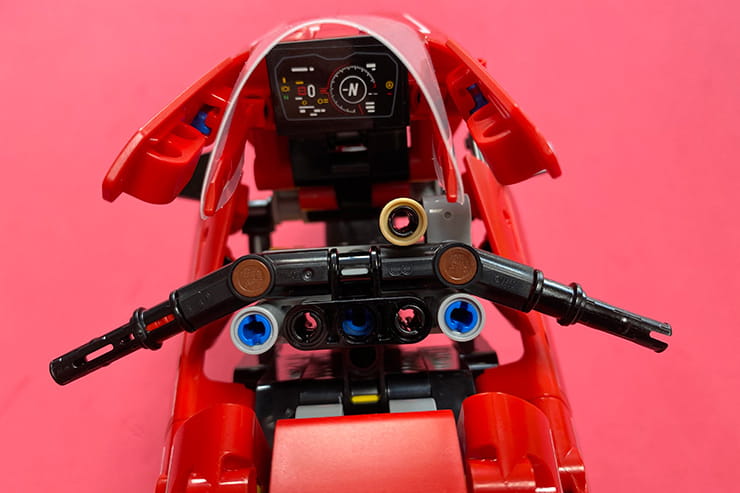 You begin the build with the chassis or frame then the engine and drive train before moving onto the single-sided swinging arm and rear suspension. Then comes the front wheel, headstock and front suspension assembly and onto the fairings before the rear wheel. Then it’s the paddock stand for the rear wheel and the chain before the rear subframe and finishing with clocks, screen and headlights which slot in as one unit.

The instructions are detailed and you need a sharp eye to see where some of the smaller parts are supposed to fit and which way around they go in. Thankfully, on the two bits I cocked up, I wasn’t too much further along before I noticed and could back track.

My three other pieces of advice are:

And before you know it, that’s 4 hours gone resulting in a great deal of satisfaction. 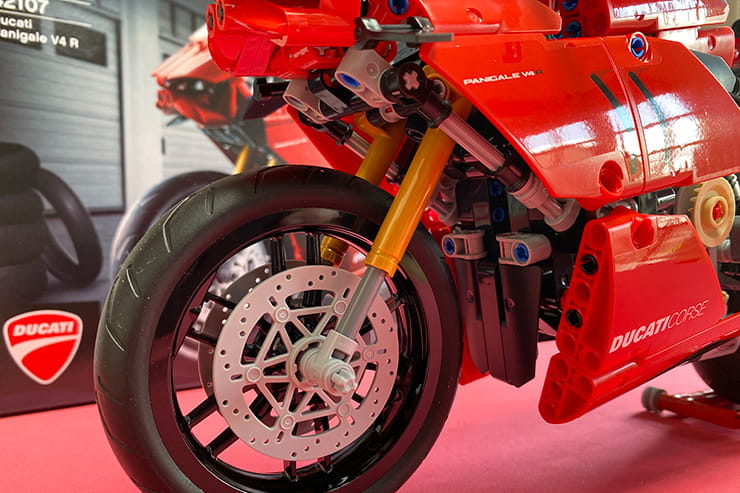 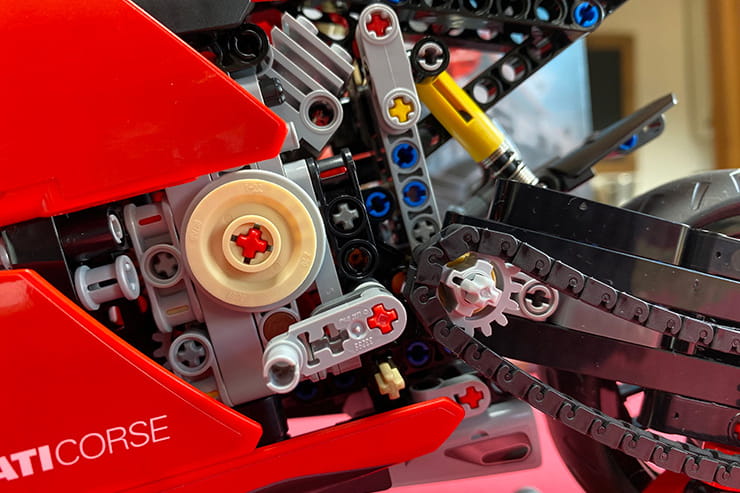 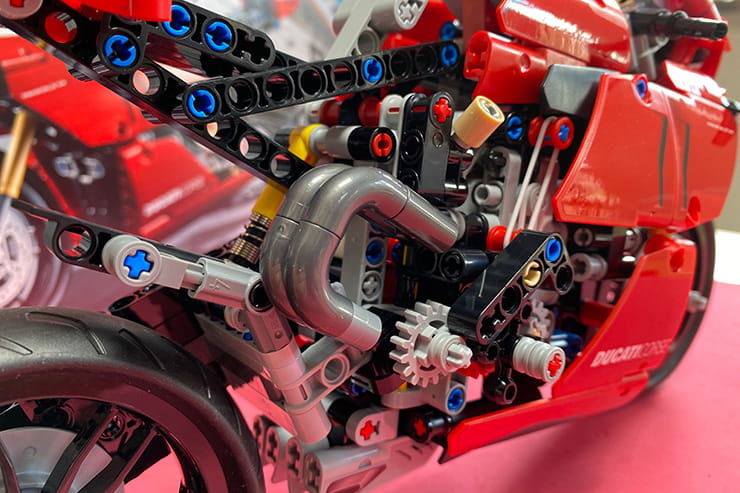 My only criticisms around the its resemblance to the real McCoy are with the lack of seat and footpegs which I don’t think would have been too tricky to include. There’s a rear mudguard but no front one, the wings shouldn’t move and for the complexity of the front fairing and headlight surround, I expected something closer to the mark. But overall, I really enjoyed the challenge, it’s allowed me to reminisce and I’m pleased that I didn’t have too many parts left over and what I ended up looks like the picture on the box! This will be available in shops and via LEGO.com from 1st June. Thanks for watching and enjoy your building!