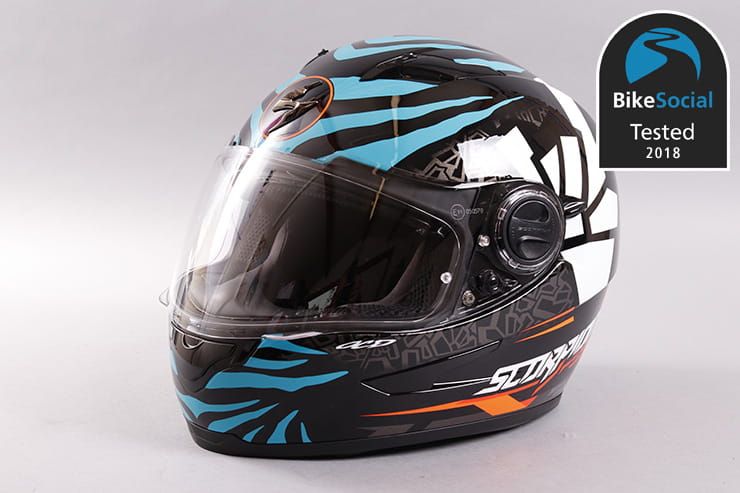 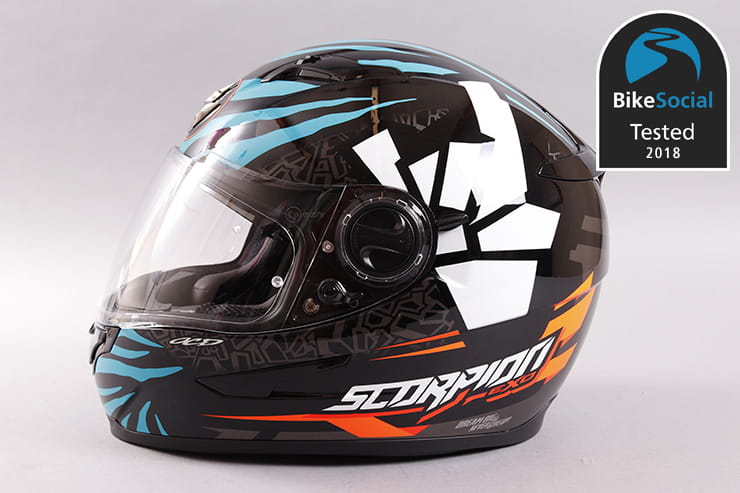 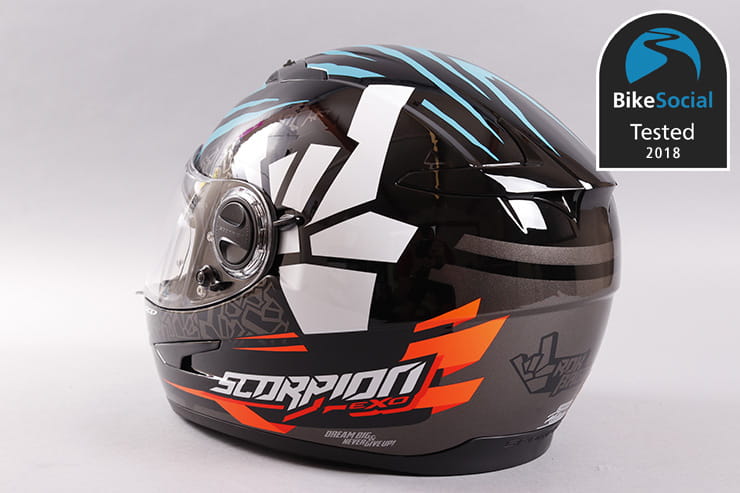 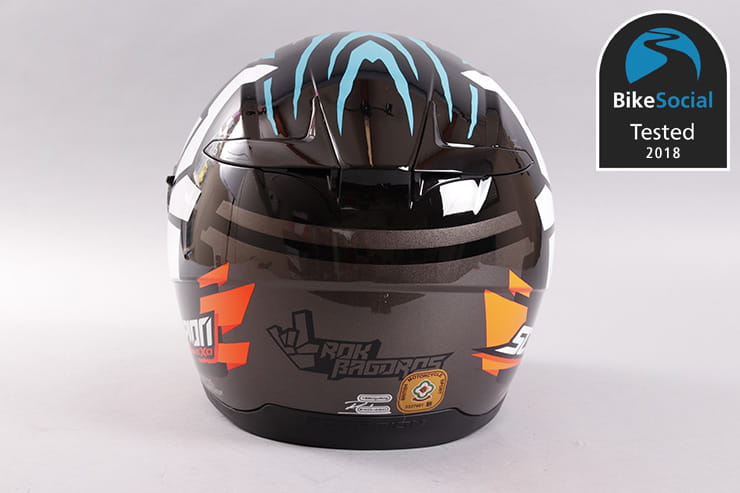 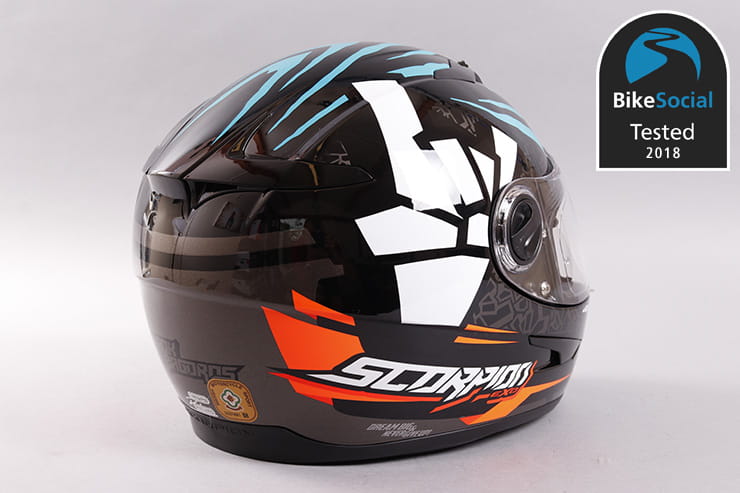 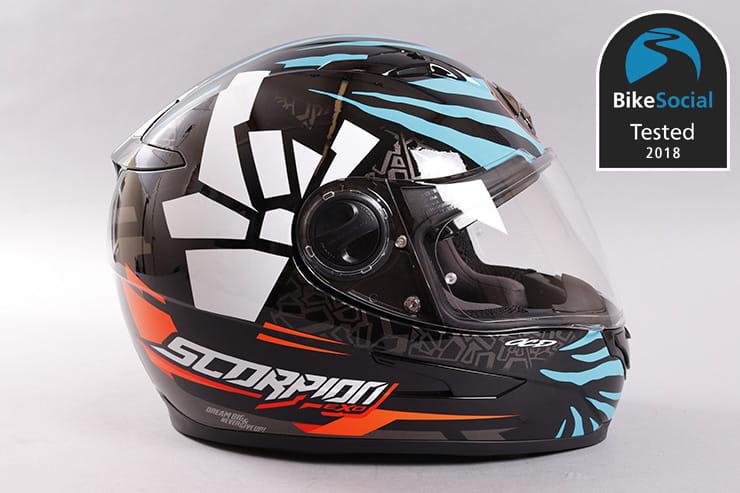 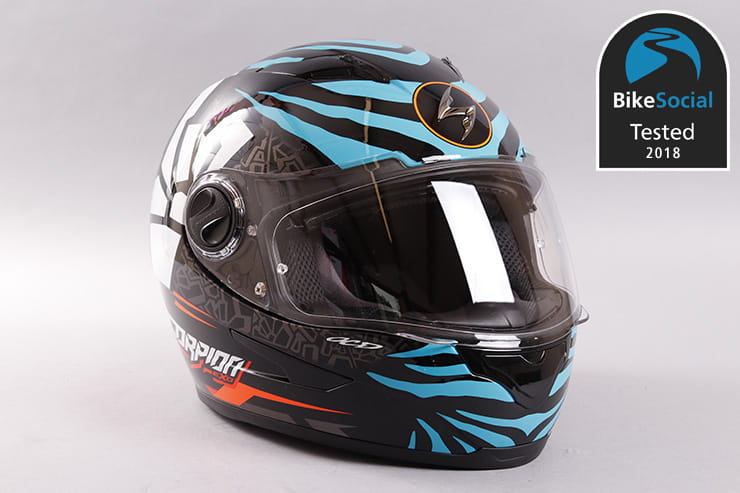 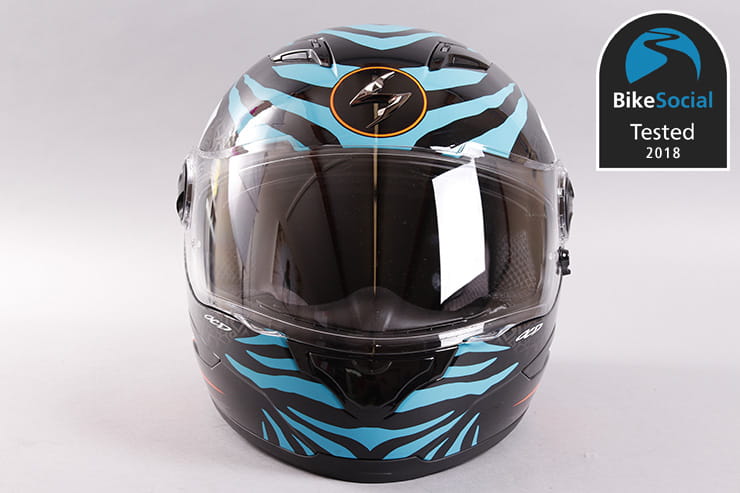 Starting at £109.99 for plain colours, and rising to £139.99 for graphics, the Scorpion EXO 490 is an ACU Gold-approved full-face helmet. BikeSocial Test Team member Nigel Mann has been using this one for the past two months on his Honda CBF1000…

The deep gloss shine, quality graphics and well-finished vents combing with a 3D logo on the brow to make for a polycarbonate-shelled lid that feels built to a high standard. Three different shell sizes are used across the range, so a small won’t have the ungainly shell of an XXL.

At 1602g for this XL, the Scorpion is at the weightier end of the budget helmet range, but it’s still not overly heavy, and certainly won’t cause any strain on your neck. 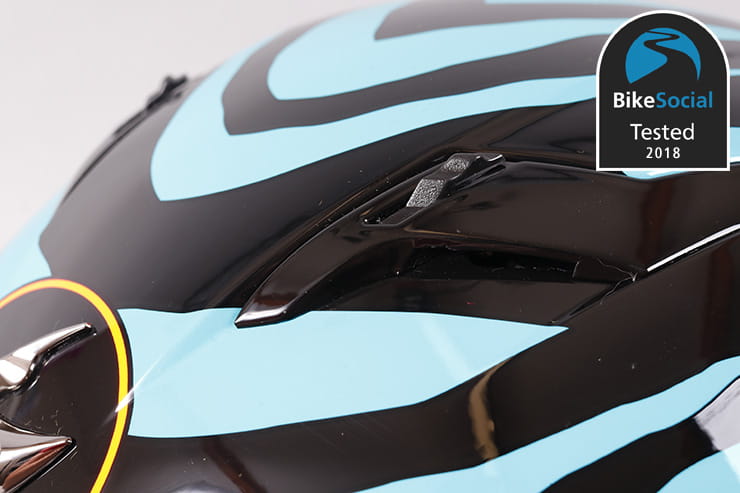 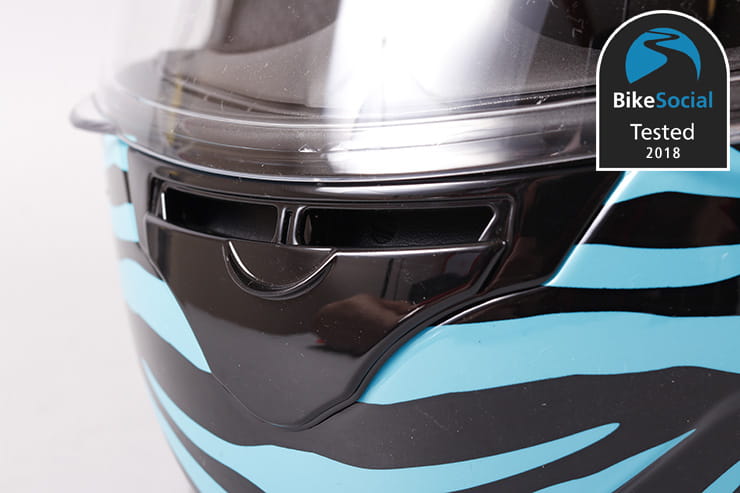 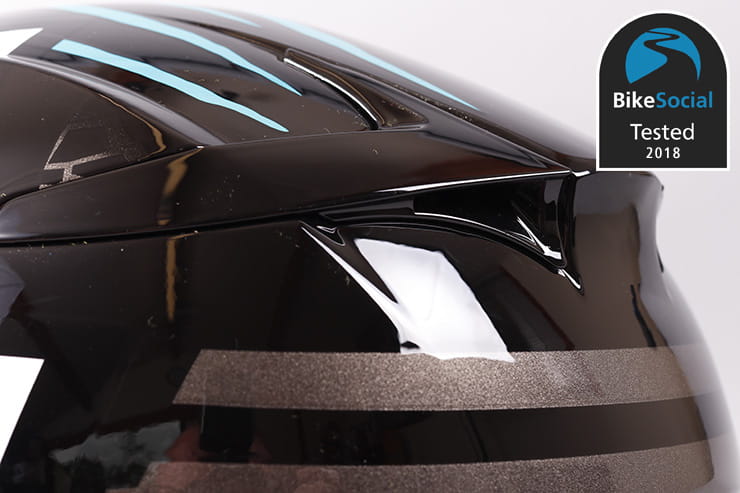 Along with a pair of always open exhaust ports, the Scorpion has two independently closeable top vents and another on the front. They’re easy to operate with gloves on, and acceptably effective – not as good as my Shoei XR1000, but reasonable given the price. 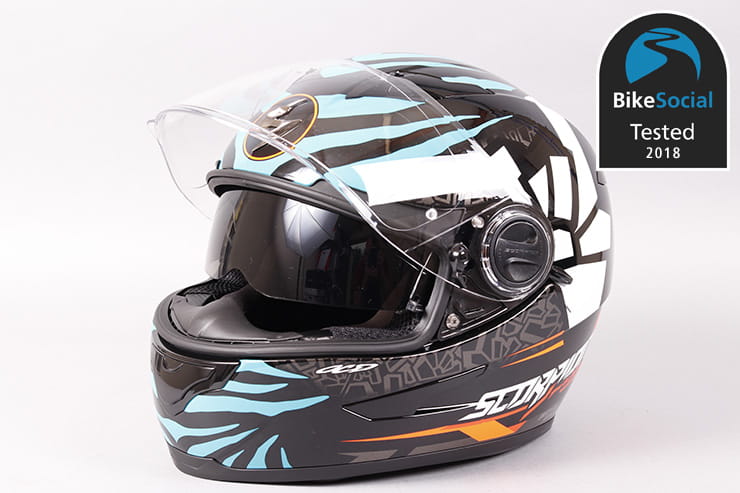 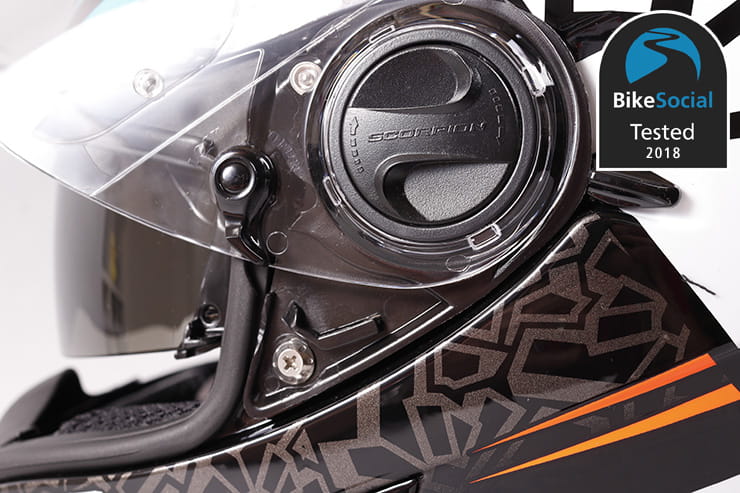 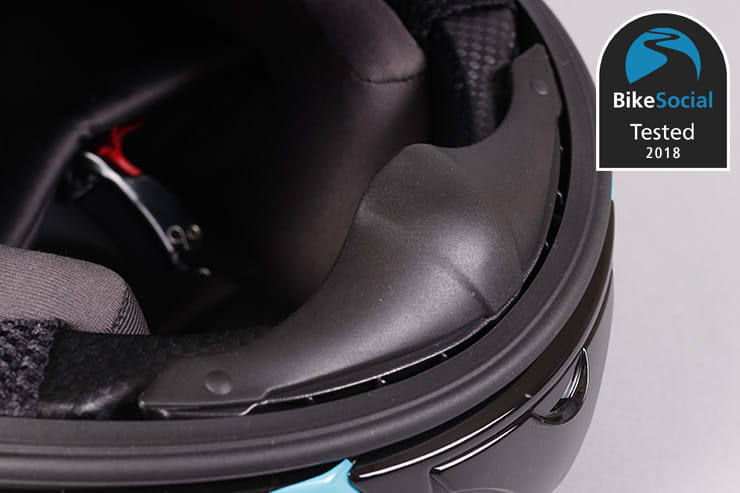 The visor has thumb tabs on the left and right, which is great when using your right hand if holding the clutch in. The visor can be locked down, but the ratchet mechanism (which is slightly sharper than some others) keeps it securely in position.

The locking lever on the side of the visor can also be rotated forward to give a cracked open position that’s excellent for cooling air and demisting. The visor can take a Pinlock anti-fog insert, but one isn’t supplied.

Visor removal is a little fiddlier than some others but not bad, and there’s a drop-down sunshield built in, which deploys with a lever at the rear of the left visor mechanism. It’s a really good fit around my face and a lot better than the one I have on another of my own lids – very useful.

Even in heavy rain, the visor seals well, no water getting in along the top edge as it can on some helmets. 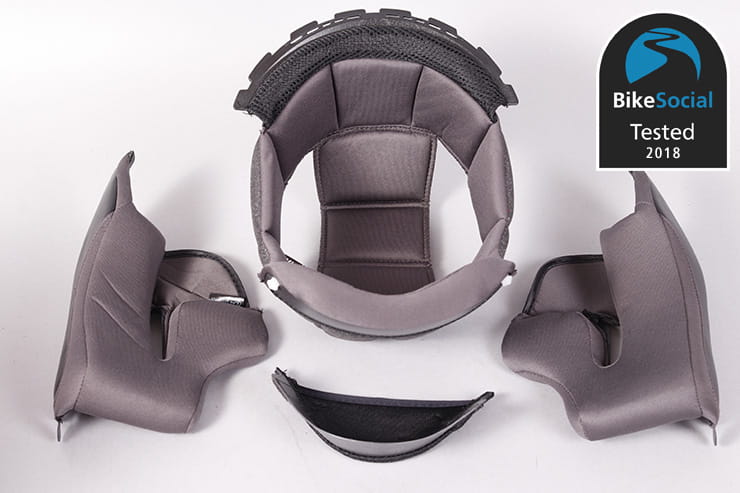 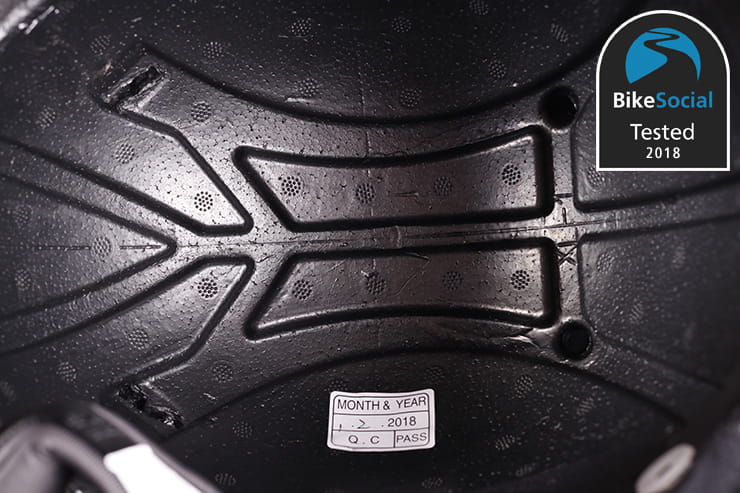 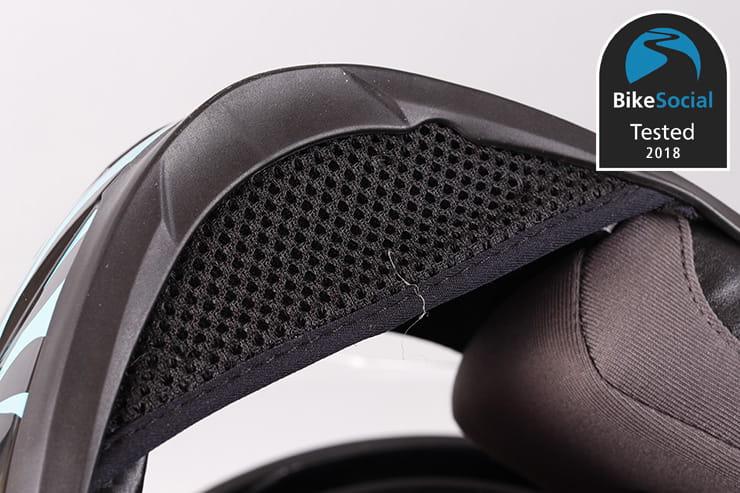 The lining is a relatively simple design, but it’s effective and fairly easy to remove and refit for cleaning. Its style actually reminds me on a Everoak Grabd Prix open-face lid I had many years ago. 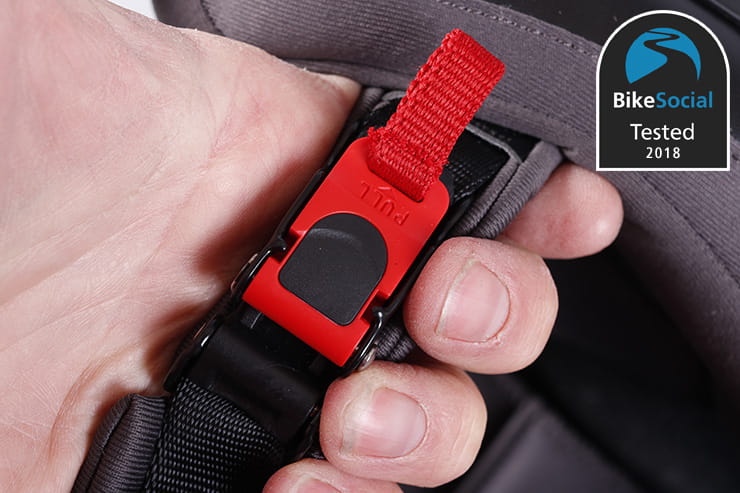 The Scorpion has a micrometric ratchet fastener, which – after a few minutes to set at first – gives a secure fit every time, and can be used with gloves on.

Always try any helmet on before you buy, as we all have different-shaped heads, but this feels considerably more expensive than it is, being really comfortable. It’s a little tighter than I expected, but once on it’s a great fit.

I don’t wear glasses, but having tried some with this lid, I can say that it’s really not suited to them – it’s very difficult to get the arms in as the padding is to tight, and when they are persuaded in, they don’t sit properly on my nose.

I’d say the noise level is very acceptable for a helmet of this price – it’s not as quiet as my Shoei, but it isn’t as loud as my Arai. Impressive.

I’m finding myself using this Scorpion over my other, more expensive helmets; even compared to those costing at least twice as much, it offers comfort, excellent features and good aesthetics.

Whether you’re on a budget or not, I really would recommend the EXO 490… unless you wear spectacles.