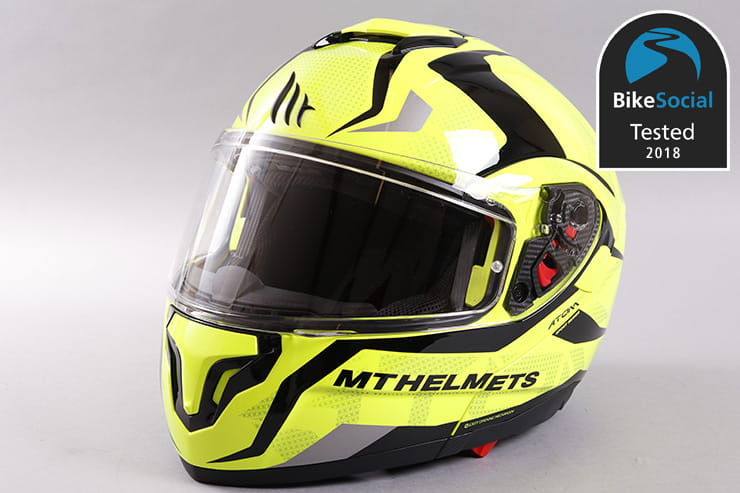 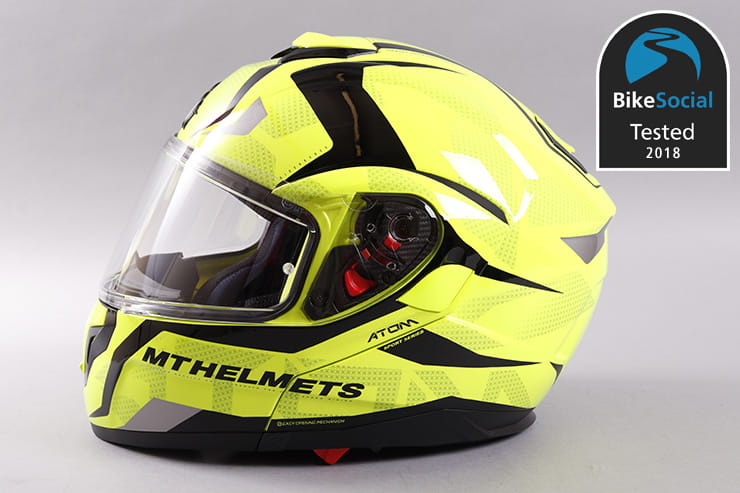 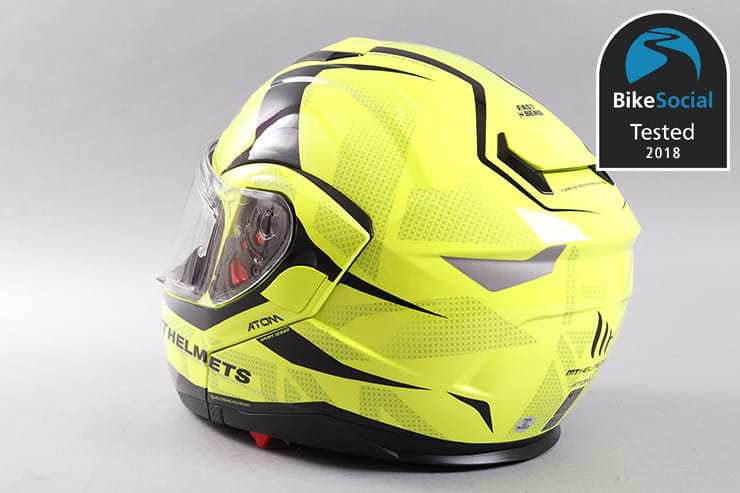 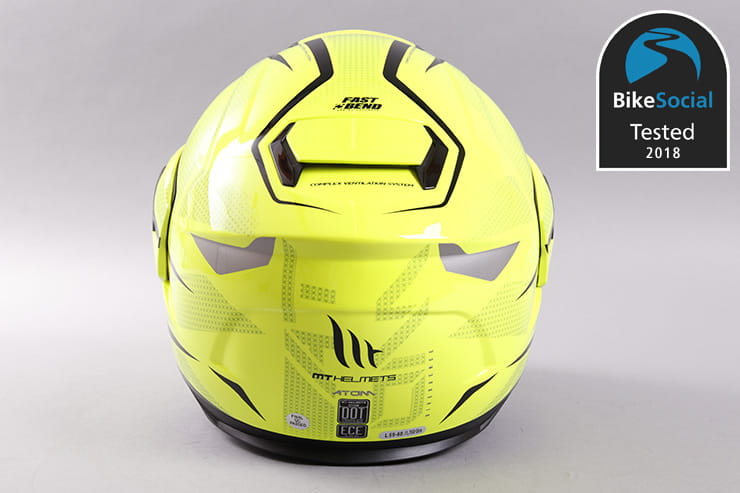 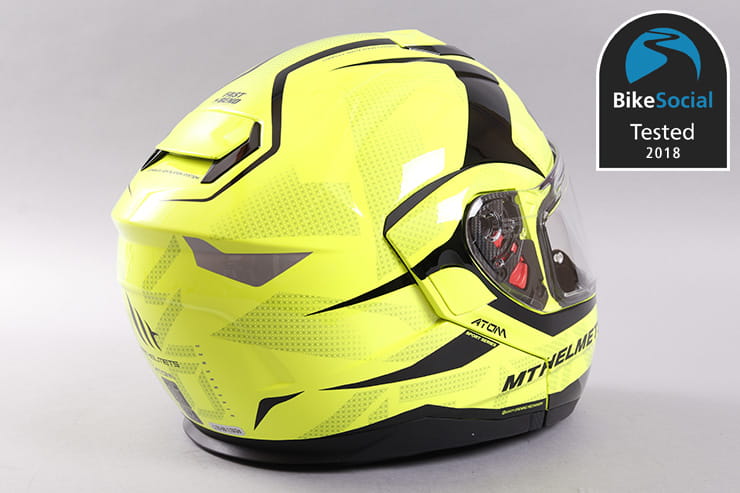 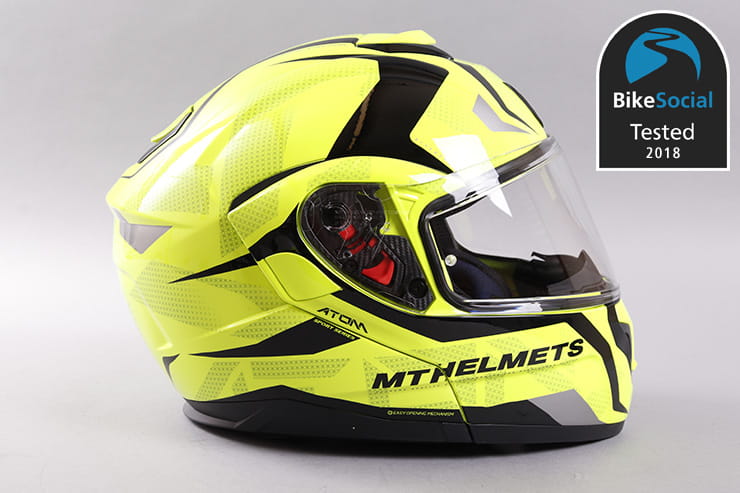 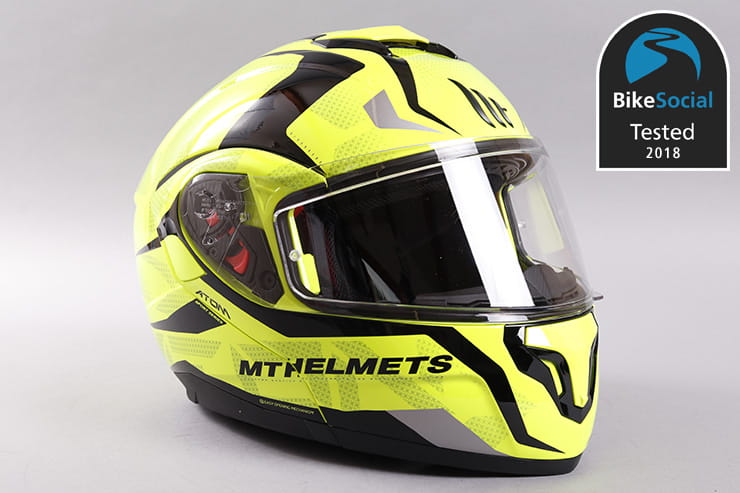 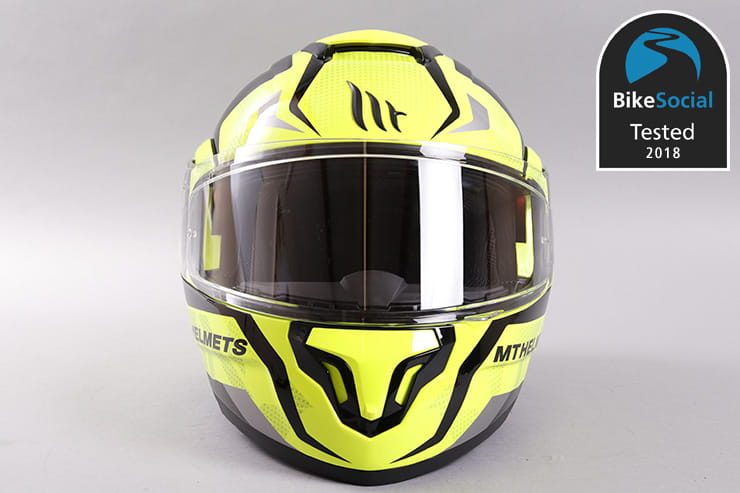 Priced at £129.99 for plain colours and £139.99 for graphics, the MT Atom is a budget-priced flip front helmet designed for touring. Jon Mansfield, experienced motorcycle instructor at 1on1 Rider Training and member of the BikeSocial Test Team has been using one for several months on a Honda Hornet 600, Yamaha XJ600, Yamaha MT-07, Kawasaki ER-6 and his own Kawasaki ZZ-R1100…

Made of a thermoset resin, the Atom – here in the SV Divergence fluoro yellow finish – has a quality feel that belies its price; a deep gloss shine and good vents, along with a smart shape and a 3D logo on the brow.

The flip mechanism is very smooth, opening and closing easily; it also stays open at speed, even without using the locking button. It’s only homologated as a full-face (which means it’s tested to be used closed when riding), but I had no problems riding with it open.

At 1731g, this is at the heavier end of the budget flip-front weight, though a (much more expensive) Shoei Neotec for instance weighs 1679g, so it’s not excessive. I had no issues with its mass. 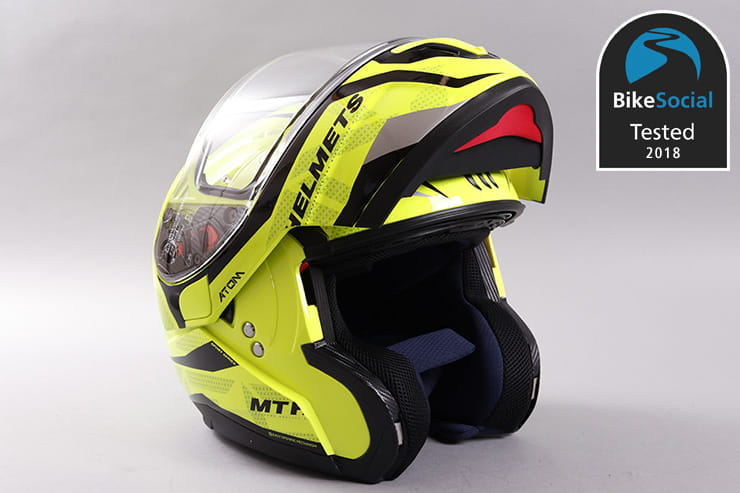 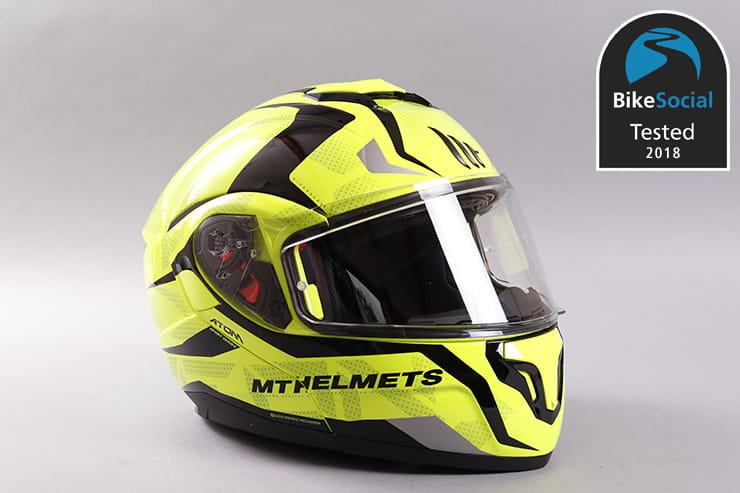 There are two closeable vents on the top and a wide closeable one on the chin, along with a pair (that can also be shut) of exhaust vents on the back. They’re easy to operate, even with thick gloves on, and the top vents give a good flow of air. While I couldn’t feel much from the chin vent, the visor and sunshield don’t tend to fog easily, so it’s clearly doing something. Of course, it’s also easy to ride with the flip open for maximum cooling. 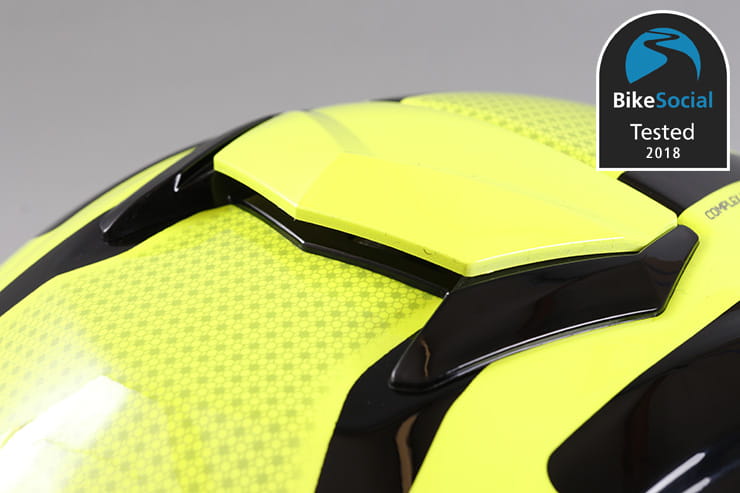 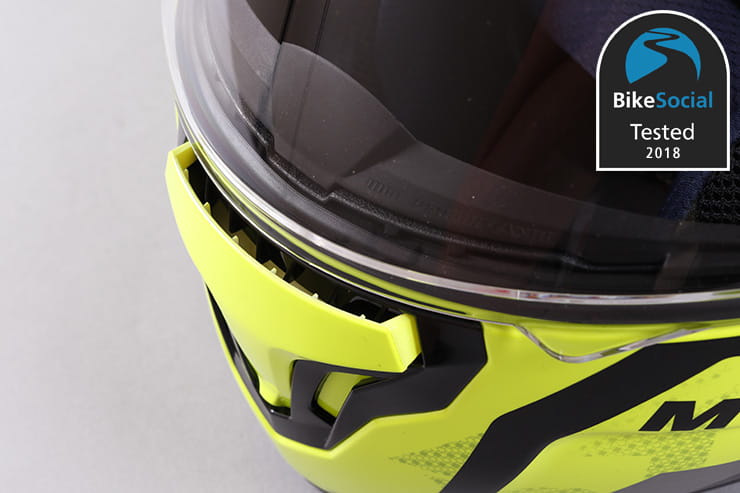 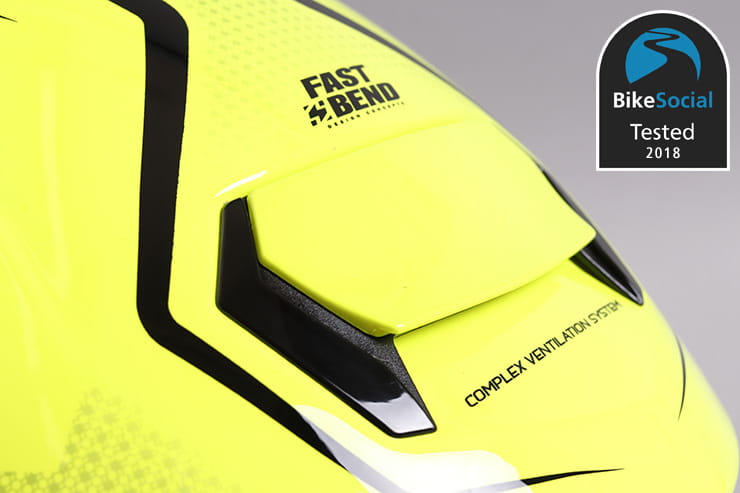 Levers on either side of the visor release it for cleaning – it takes a little force to remove, but it snaps back in easily.

There’s a single thumb tab on the left to open the visor on its smooth, four-position ratchet. I prefer a tab on either side (or one in the middle), to make it a little easier with to operate my right hand while stopped at the lights with the clutch held in.

Annoyingly, when riding above 40mph with the visor fully open, it drops down to its next stage, right in my eyeline – as I like to ride with it open, I find this irritating.

The sunshield opens and closes easily – rotate the button on the lower left edge, then press the button to retract. It’s a handy option for touring, or when the sun’s low.

There’s no Pinlock anti-fog insert supplied, but the visor is ready for a MaxVision one. I found the recess for this insert was a little distracting in my peripheral vision, but try one and it very well might not bother you.

Even in heavy rain, the visor seals well, not letting any water in. 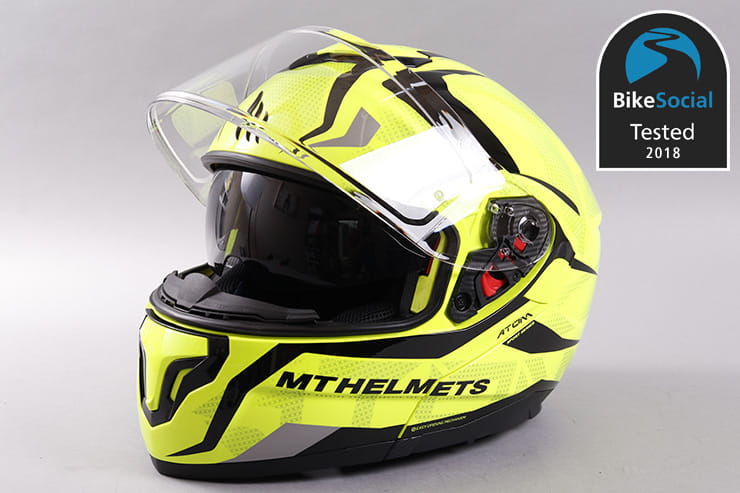 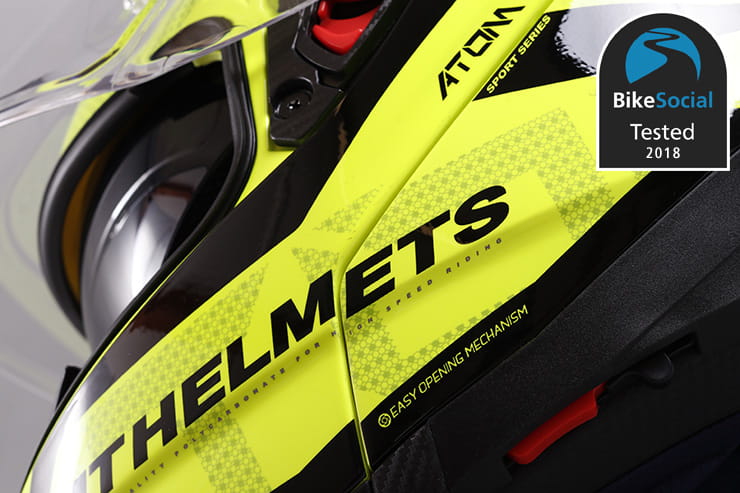 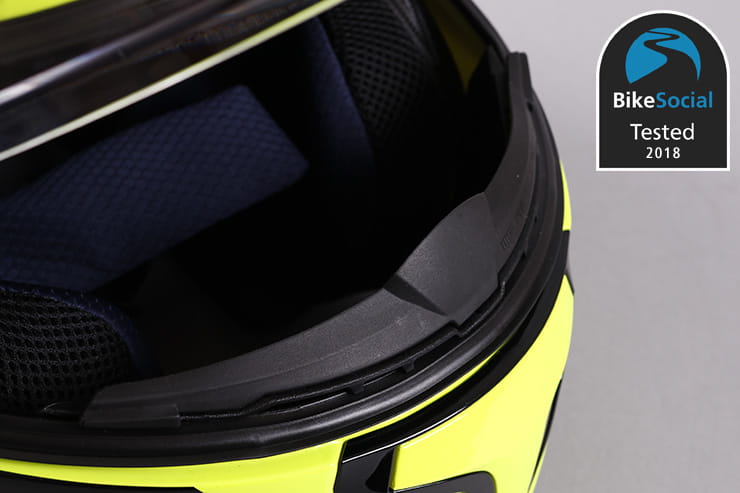 The lining – which has the chin cushions and neck skirt as one piece – is easy to remove and refit for cleaning. 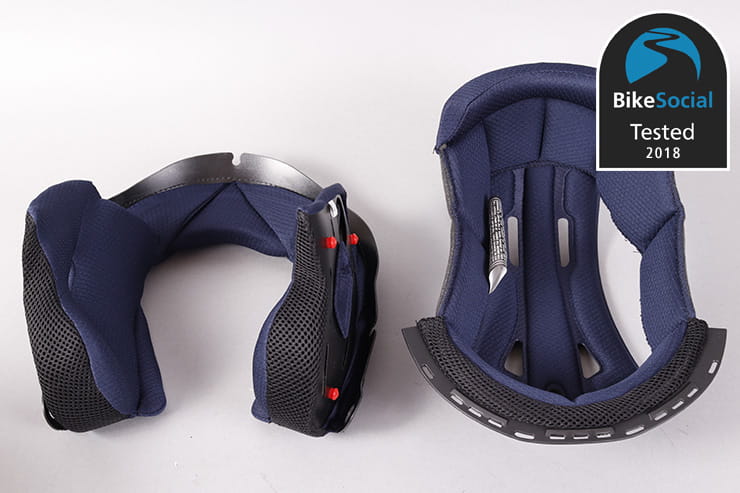 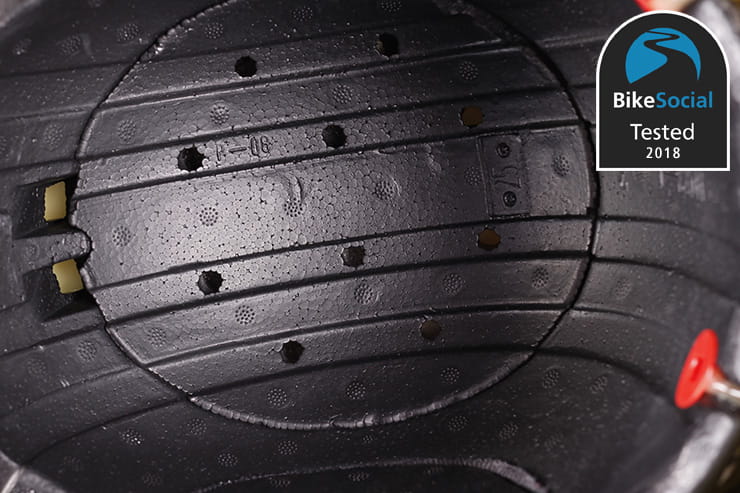 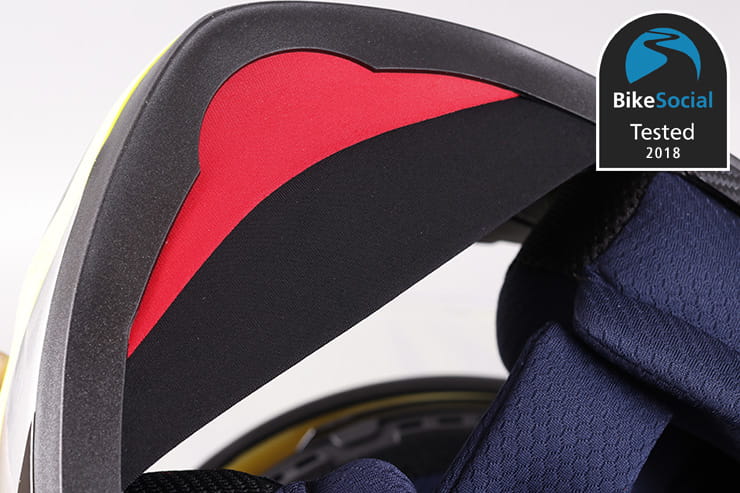 The micrometric ratchet fastener takes a couple of minutes to set at first, but then is quick and easy to use even with gloves on, and gives a secure fit every time – great when you’re working in a helmet all day.

While everyone’s head is different, the Atom fits me very well, with no pressure points. It also accommodates spectacles without any problems. 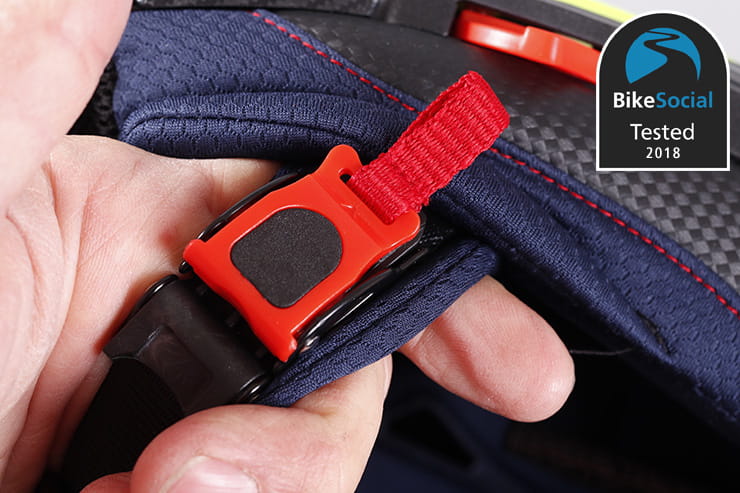 Unfortunately noise is a real problem on the Atom I have; with the flip shut, it doesn’t seal fully on one side, making an appalling din at high speed that can be cured by resting my hand over the join; I had to shove some tape over it to get home. I’ve since put some small draft-excluder foam in, which makes it a lot quieter.

While the visor flopping down at speed and the noise are real issues for me, I still do like this helmet. I use it all day, every day, and it’s a lot better than some of the cheap flips I’ve used in the past, but despite the great fit and general look, the issues would make me suggest also looking at some of the competitors in this price range.