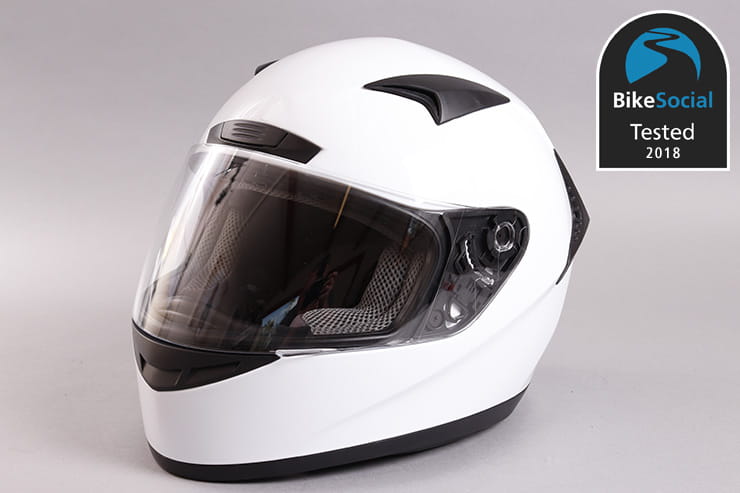 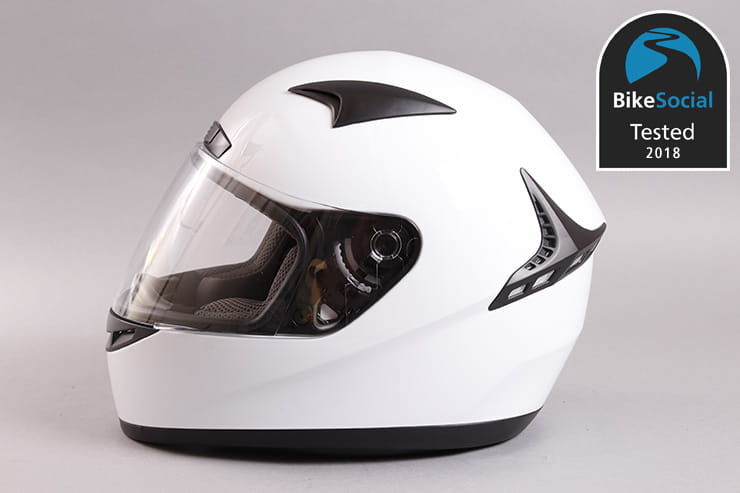 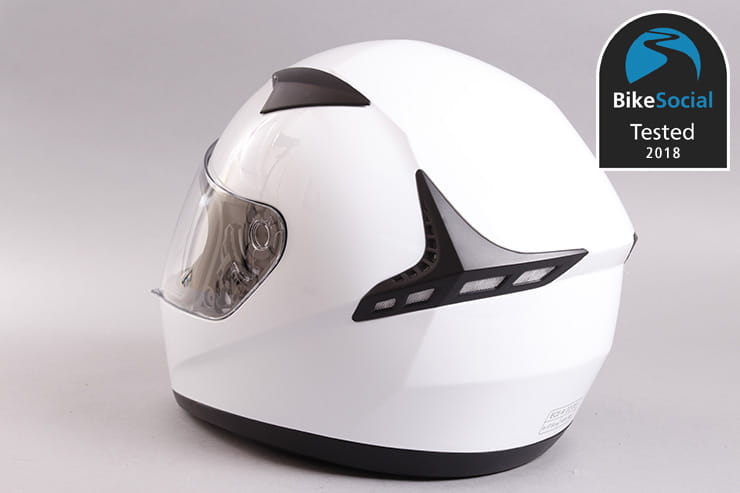 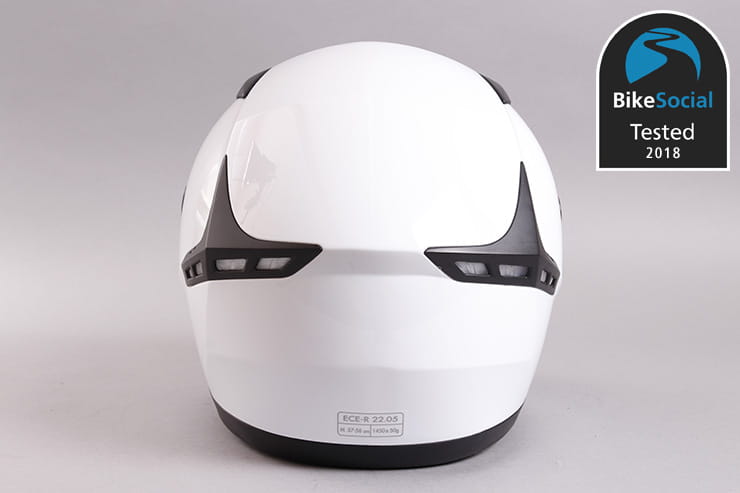 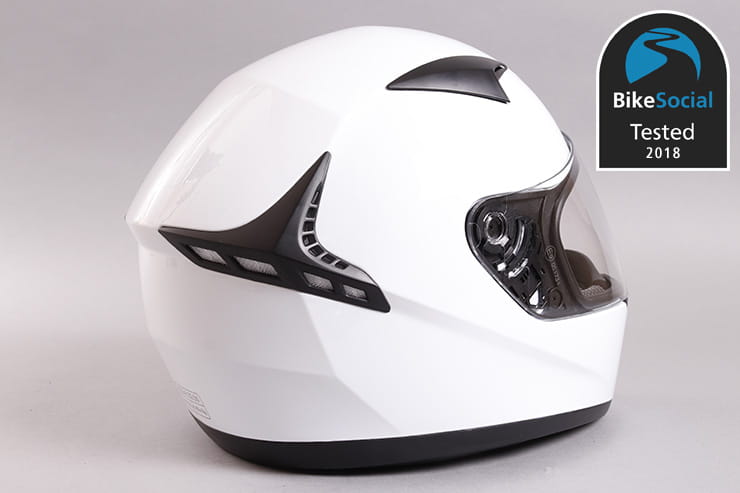 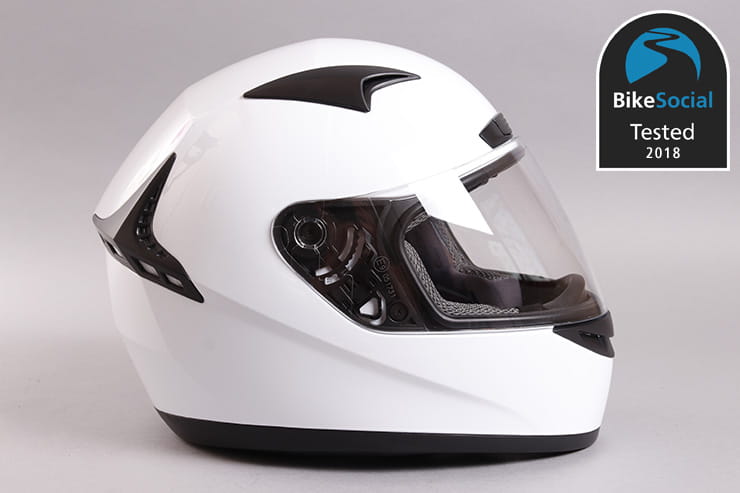 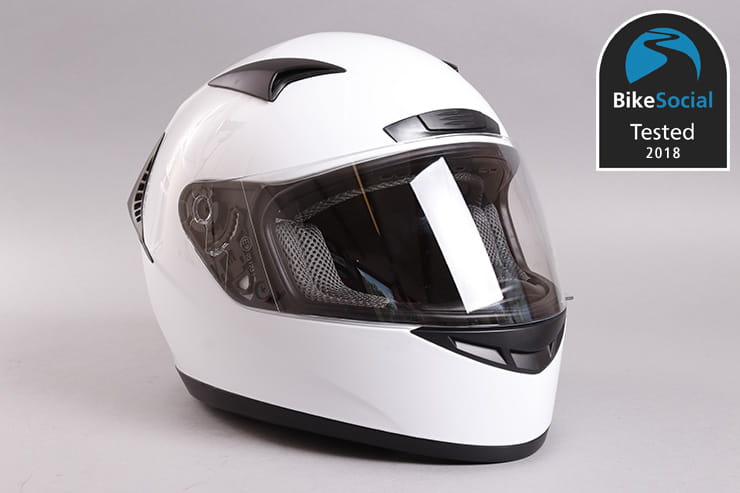 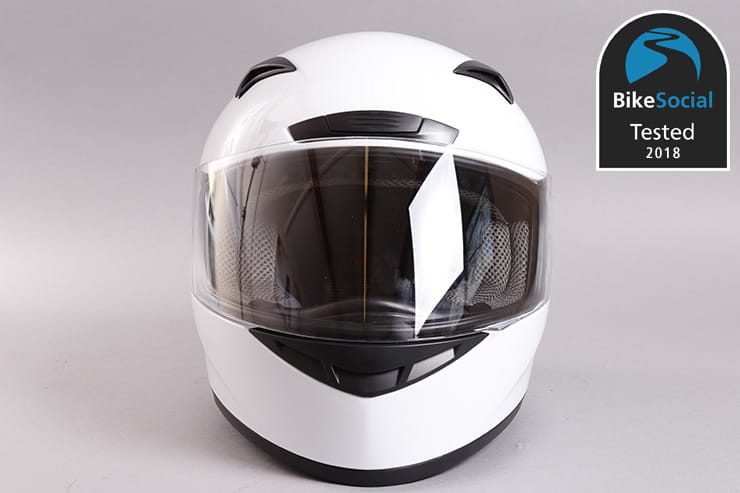 Starting at just £39.99, with graphics costing only £5 more, the GSB G-335 is one of the cheapest lids we’ve ever reviewed at BikeSocial. I’ve been using it for several months on a KTM 1050 Adventure and a BMW G310GS…

Made of ABS plastic, the white outer shell of this model contrasts nicely with the black vents. Predictably, this is a cheap-looking lid up close, the vents being relatively roughly finished and the mesh inserts loose and easily deformable. Ultimately though, this is an extremely affordable bike helmet.

AT 1403g, this is quite a light lid, and certainly one of the least weighty of all of the budget helmets we’ve reviewed. 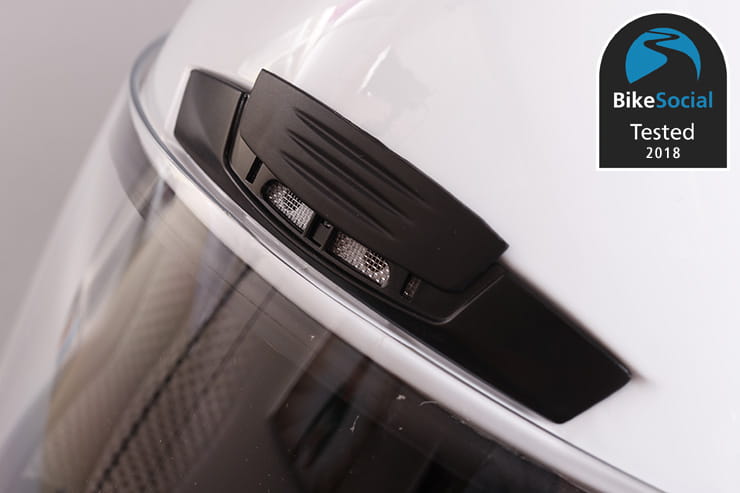 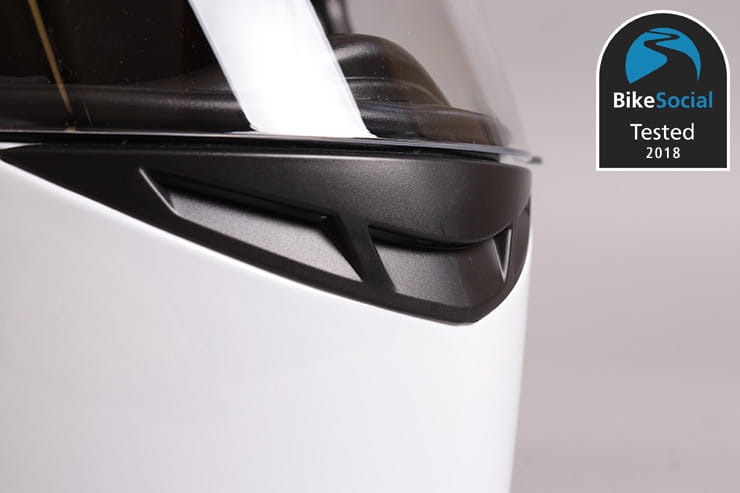 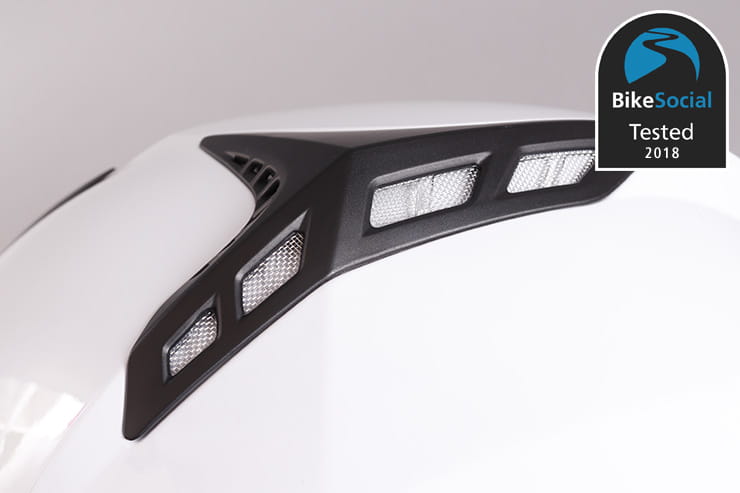 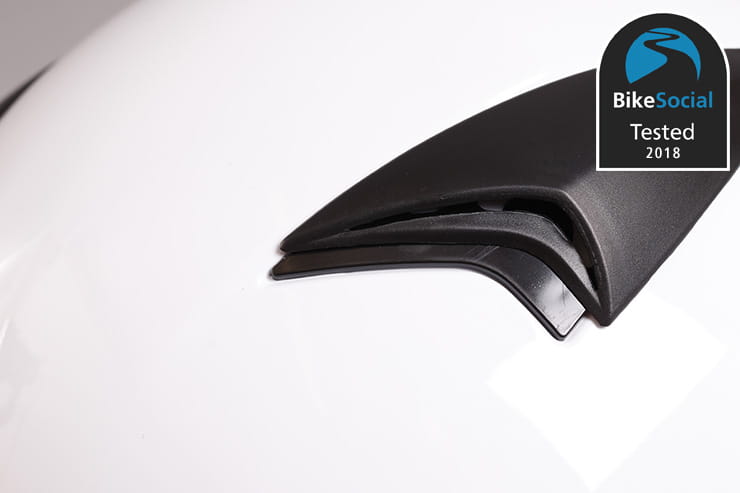 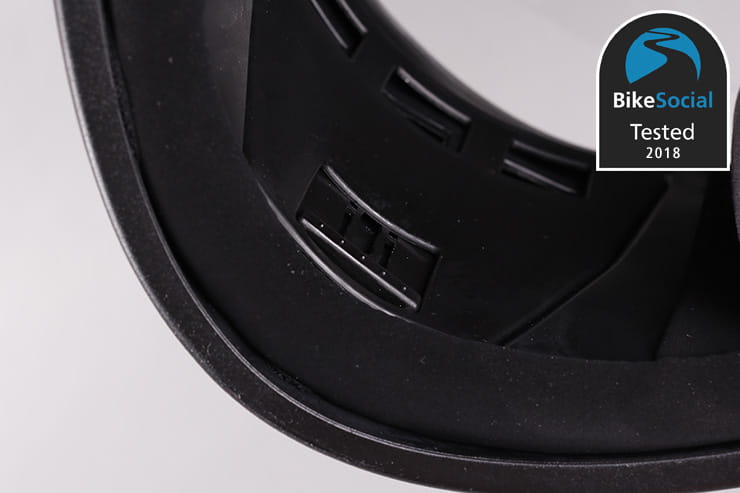 There are two closeable vents on the top, one on the brow, and one on the chin, as well as two always-open exhaust ports. They’re a little fiddly and flimsy, and the chin vent is particularly awkward as the lever is operated from inside the helmet – it’s quite easy to slide closed, but really tricky to get open again when wearing the lid.

None of the vents make a great deal of difference when opened, but with no chin skirt, the helmet is naturally quite airy. This will make it colder in the winter months, but helps in the summer. 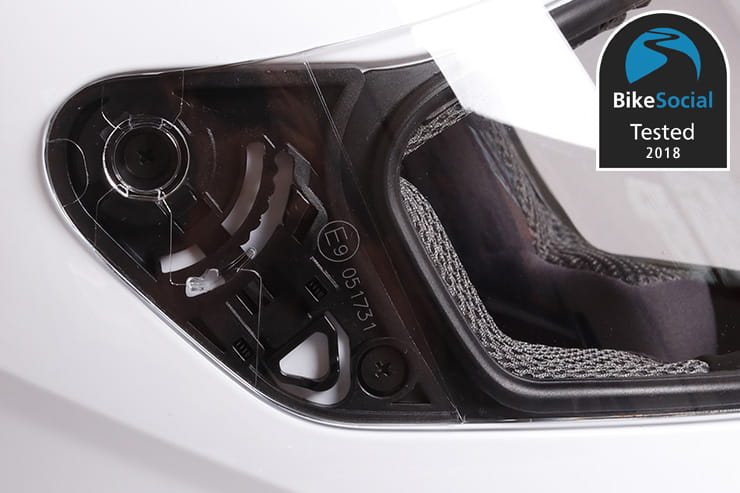 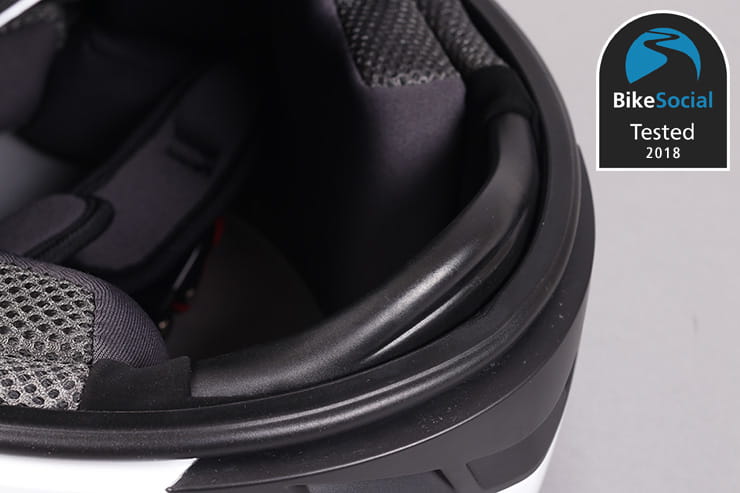 The visor is easy to remove with just two levers operating the mechanism, and it’s really simple to snap back into place.

The six-position ratchet is quite smooth in operation, and the visor’s opened using a tab on the left (I prefer a central one, or on either side, for ease of use when holding the clutch in).

There’s no option to fit a Pinlock anti-fog insert, and the visor does tend to mist a little at the bottom from around 10°C and below, even at speed. It locks down quite firmly, but can’t be ‘just cracked’ open – it takes some force to pop open, then flicks to the first stage, which is relatively wide so a bit windy when demisting while riding.

There’s no sunshield fitted, and while the visor seal does leak a little at the top, it only seeps in towards the rear, so isn’t as annoying as some other lids. 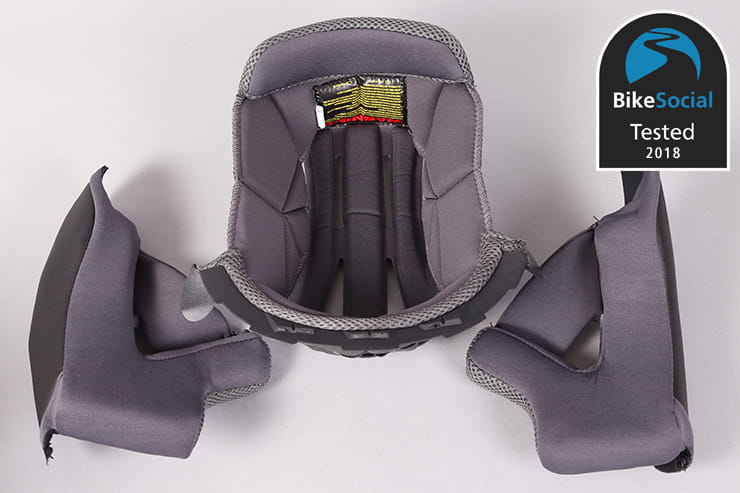 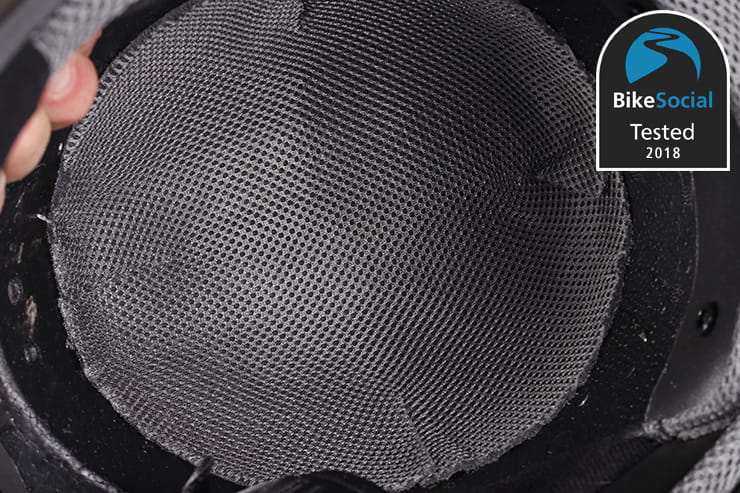 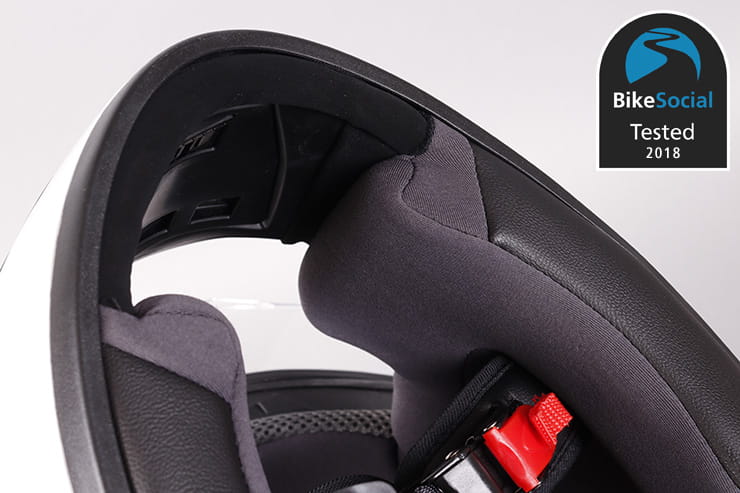 Impressively for a helmet of this price, the lining is removable. It’s fairly easy to take out, besides two tags at the top of the visor aperture, which are a little fiddly. 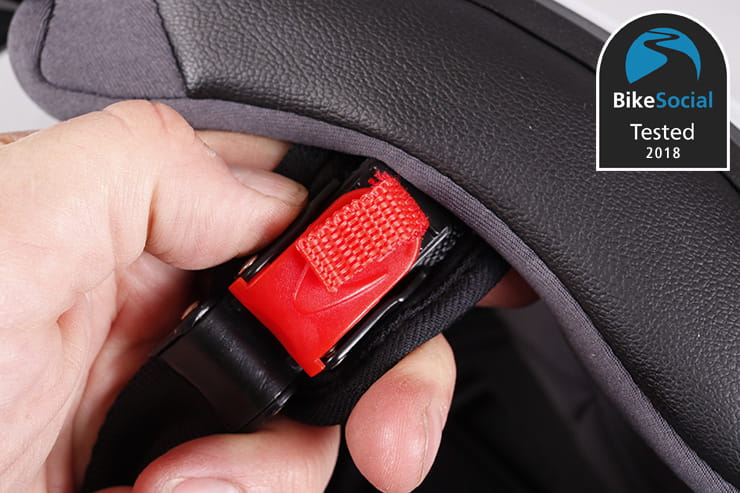 The micrometric ratchet is easy to use, even with gloves on. As with all others, it takes a few minutes to set when you first buy the helmet, but then it’s very quick and easy to get a really good fit every time.

Comfort will vary for everyone, so always try before you buy. I found the helmet fits me well, but the fabric mesh on the brow wrapped around and pressed onto my forehead, which soon got sore.

As a spectacles wearer, the G-335 wasn’t ideal – there’s no space for glasses, so the arms pressed into my head, and I could never get them to sit on my face correctly.

Any lid needs earplugs to avoid long-term damage to your hearing, but the GSB isn’t noticeably louder than other more expensive helmets; if it had a chin skirt, it’d be relatively quiet.

If you don’t wear spectacles, the G-335 is okay, but I found it was really let down by the mesh of the liner pressing against my forehead. If you’re really strapped for cash then do try one, but be aware of the limitations. For around £20 more you’ll be able to get something of a higher spec and with increased comfort.