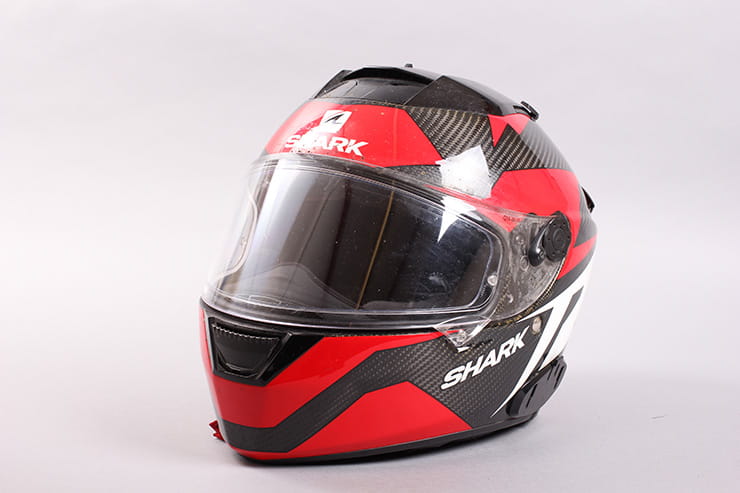 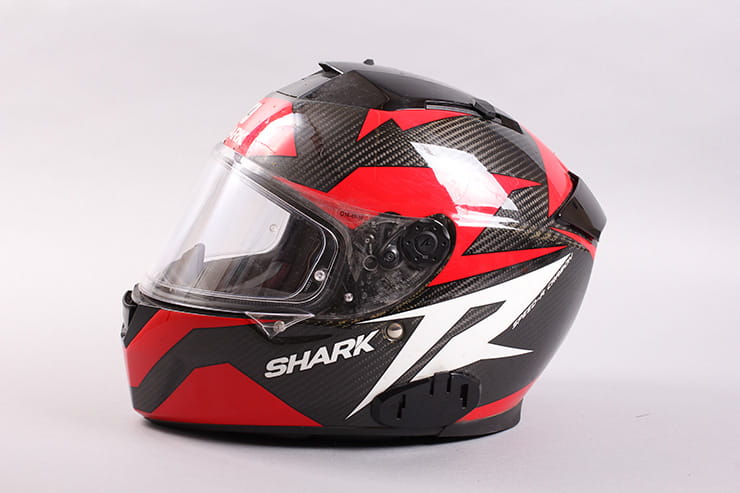 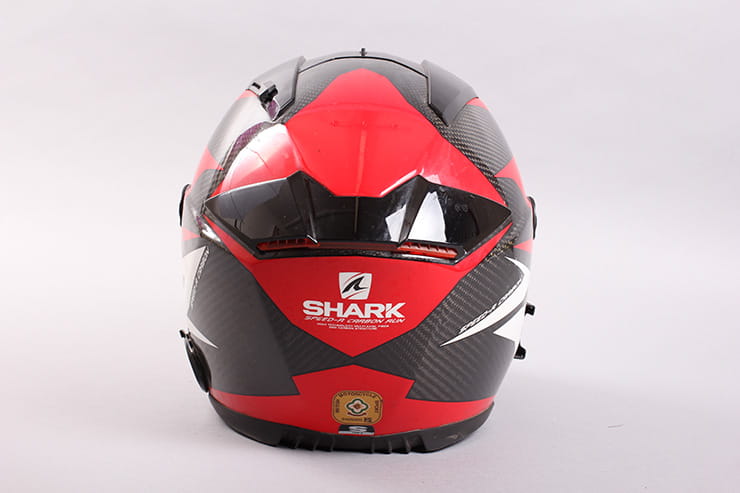 Shark helmets are different. They always have been. Somehow, they feel bigger and roomier than other lids, while still fitting well. I got this Speed Carbon R last year while planning a riding trip in America. I wanted something roomy (because I also wanted a Bluetooth headset and I’ve previously found that adding one of these turns a once-comfy tight-fitting helmet into a painful instrument of torture) and all-day comfy, with a built-in sun visor, but not too heavy. They are also well-priced right now with many dealers selling below the £330 RRP.

Constructed from a carbon/aramid fibre which saves around 100g in weight, which doesn’t sound much (about half the weight of a smartphone) but makes a difference to your neck muscles holding it upright after 300 miles at 70mph. There are two shell sizes and five helmet sizes (XS-XL).

Rated at four stars (out of five) in the independent Sharp tests (it scored well in frontal, top and rear impacts, but lost a mark on side impact). The large, flat sides have made it my camera-lid for videos meaning it now has a plate stuck on one side for the Interphone Bluetooth and camera mount on the other. It’s a working lid and it works well most of the time. 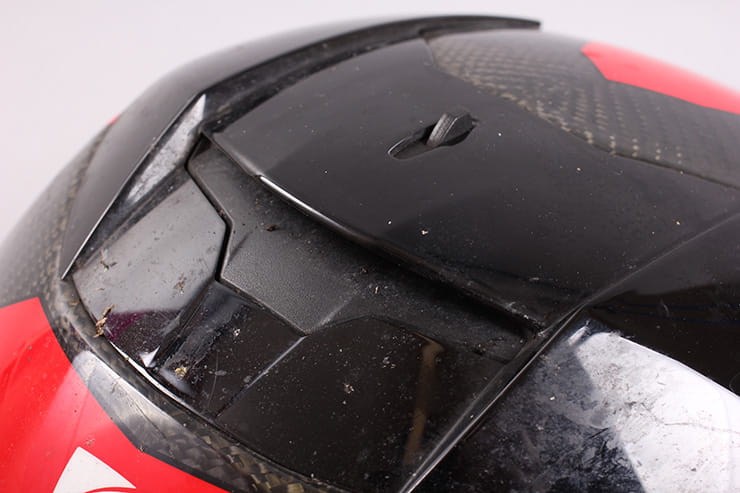 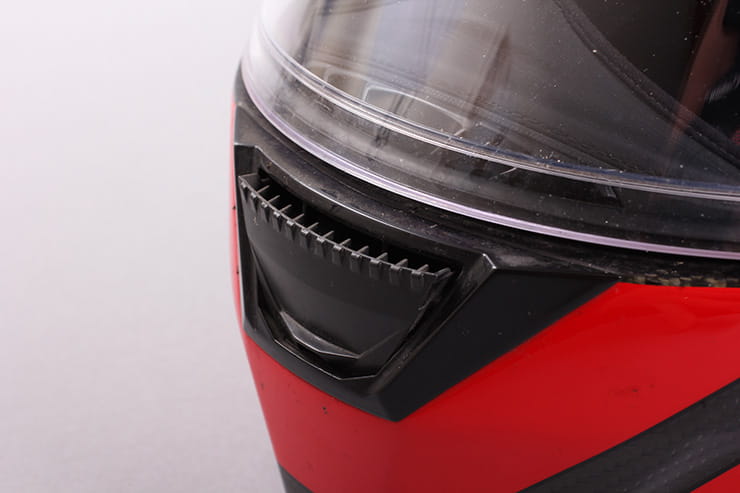 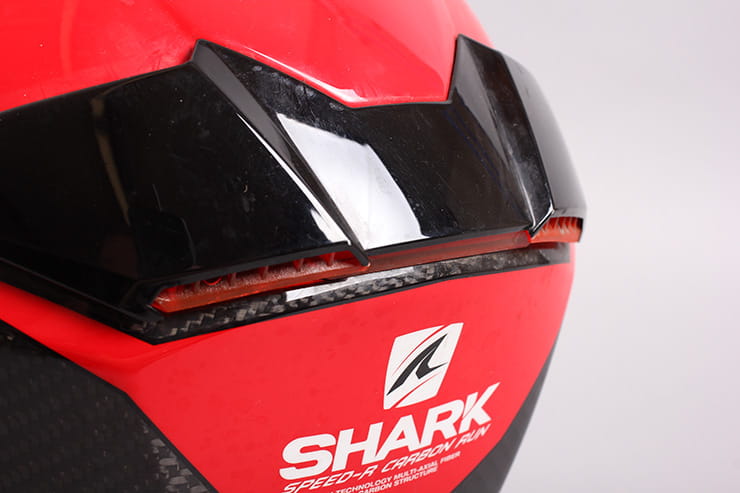 My only niggle (and bear in mind we crossed Death Valley twice on the trip) was that the venting could have been better. One top vent, one exhaust and one in the chin are just about enough in the UK and, thankfully (or not in winter) there’s enough sir flowing up through the chinpiece to keep me cool. Riding a Harley Ultra-Glide with a screen meant I had the main visor up all the time and just the sun visor down, which was comfy, but the sun visor has no real impact protection like a proper visor. 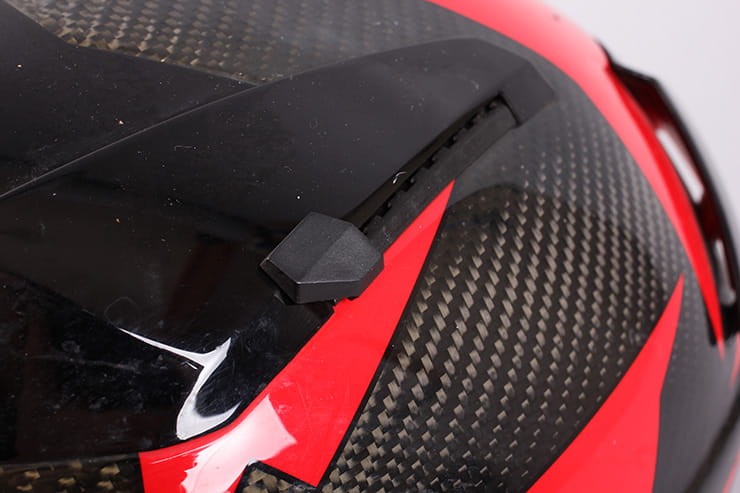 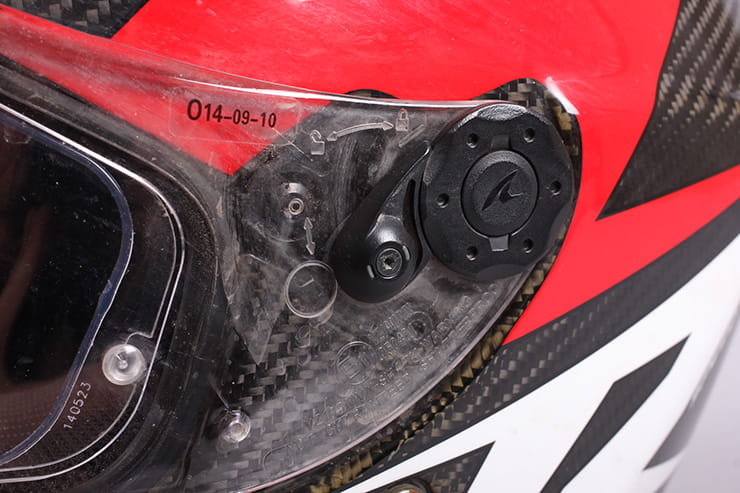 Getting the visor on and off is simple; move the little lever forward and pull the visor out forwards. That’s it and replacement is simply the reverse. The clip that keeps the visor locked in place is very stiff, which is mostly a good thing because the visor never flies open at speed, but it can be so stiff to release that it’s impossible to open the shield at traffic lights to get some air in. Even in thin, summer gloves I often can’t get it to release. Soft and comfortable as all Sharks are. The lining is removable and comes out and goes back easily. I’ve only washed it once so far and it came out like new, but there’s no easy emergency cheek pad removal as on some pricier lids. The double D-ring strap is a coarse, stiff material that is difficult to undo (a good thing), but, in winter, when your hands are cold and numb, it is much harder than, say, a Shoei to get off. A couple of occasions saw me sat in the office like an over-dressed Stig at my desk waiting for my hands to warm up enough to undo it.

In America I rode without ear plugs because our speeds were generally quite low. The Interphone comms we were using didn’t work as effectively as other systems I’ve used in other helmets though and I’m inclined to think this was a helmet issue rather than an Interphone one.

In more normal use it’s as quiet as most other mid-price helmets but I never ride without earplugs. 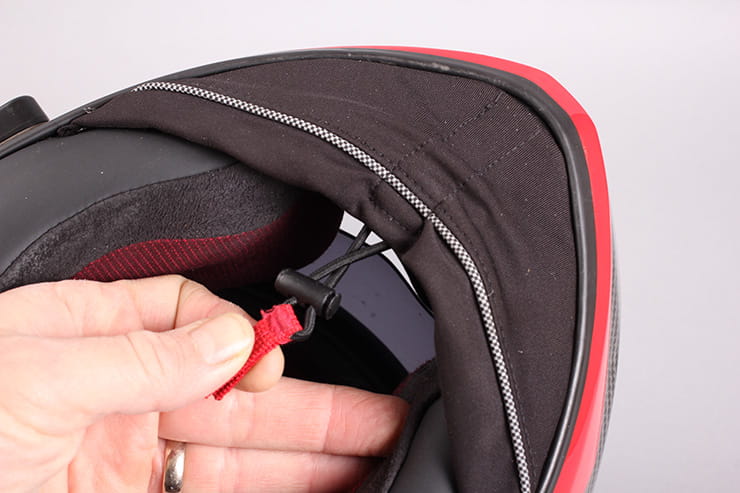 At list price some of those niggles matter more than others because £300-plus buys some strong competition. But the Speed-R Carbon is discontinued for 2017 and there are some good deals around on run-out stock. If you haven’t tried a Shark for a while, give one a go, you might be surprised.