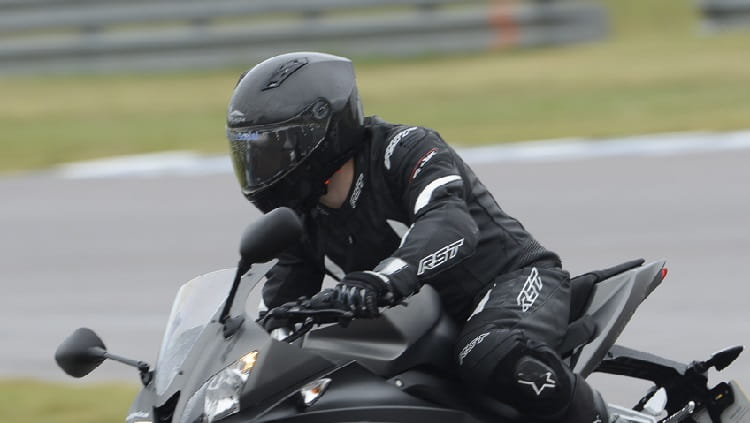 Stealth is a relatively new manufacturer who make a range of on and off-road helmets, with prices ranging from £50 to £250.

The Stealth HD117 Carbon is one of the best value carbon fibre lids on the market and can be picked up for around £200. It has a four-star SHARP rating meaning that it is one star off being rated at the same level as the £700 AGV Pista-GP or the £400 Bell Star. The total weight is 1.2kg and helmet uses the tried and tested Double D ring chin strap fastener. There’s also an anti-fog and anti-scratch clear visor with a dark tinted drop down internal sun visor. Like all of Stealth’s range, the HD117 is approved for competition use and carries an ACU Gold sticker.

I’ve been using the Stealth for a year now and I can remember it seemed noisy compared to my previous helmet, which is most likely due to the carbon material being thinner than that of a normal poly-carbonate helmet. I also found that it whistles a bit at higher speed, making ear plugs recommended.

I really like the fit of the helmet, it’s snug but not overly tight with very little lateral or vertical movement. The only downside of the interior of the helmet is that the Stealth logo is embossed on the padding, meaning that after a half hour ride it becomes temporarily branded onto my forehead. That causes much merriment in the office!

The Stealth’s visor is a bit flimsy and the mechanism on mine snapped, meaning that I could secure the visor but every time I wanted to lift it, it would pop off and hang precariously. Luckily Stealth’s customer service was great after a quick call to them a new piece was sent out to fix the problem. The visor doesn’t come Pinlock ready, and as the anti-fog coating is almost non-existent, I would recommend buying Pinlock’s DIY system, especially for winter riding.

The integral sun visor has been redundant to me as I purchased the tinted Pinlock kit, but I have used it once or twice and it does a good job of shielding your eyes, as well as covering most of you field of vision. The mechanism for dropping and lifting it is great too, it feels robust and is simple to find and use while on the go, even in bulky winter gloves. The vents are also nice and chunky making them easy to open and close, and do a good job of keeping you cool and fresh.

To sum up, this is a great looking helmet that suffers from a few niggles but nothing you can’t overcome with some ingenuity and patience. If a carbon helmet is what you are after, and the budget won’t allow you to spend £700+, this is well worth considering.

The Stealth HD117 Carbon can be bought online from Bikenation.co.uk for £189.99 with free delivery. 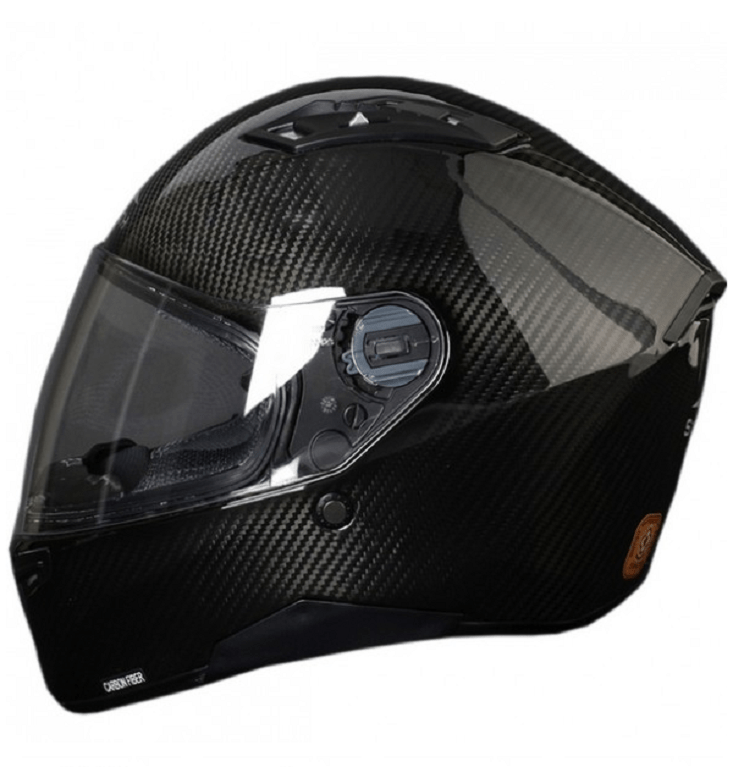