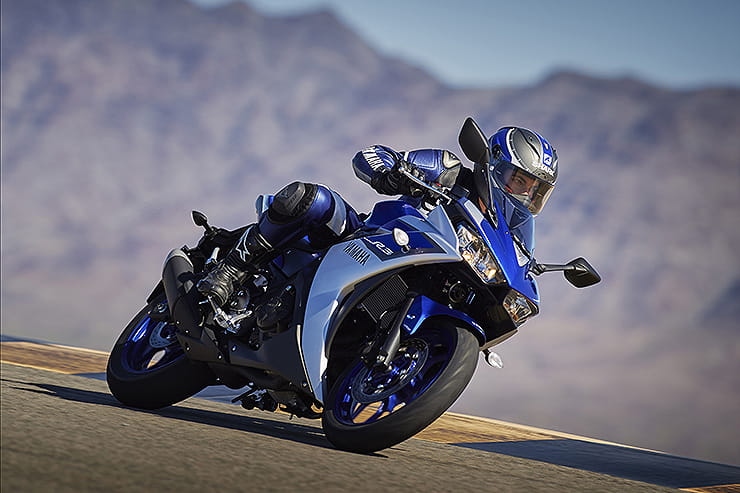 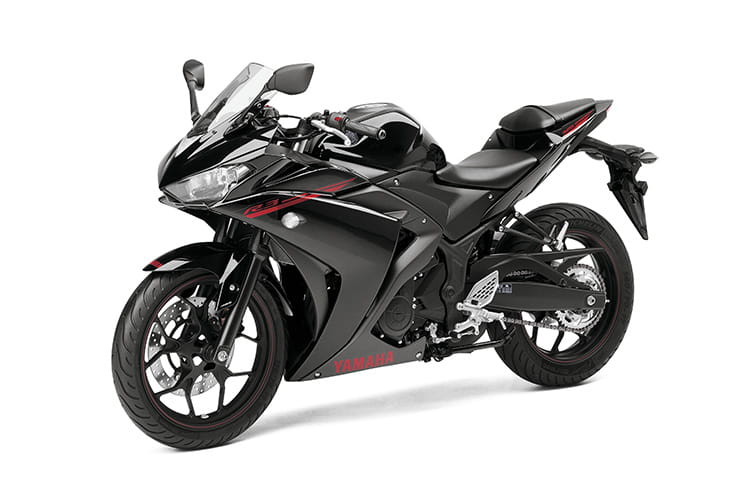 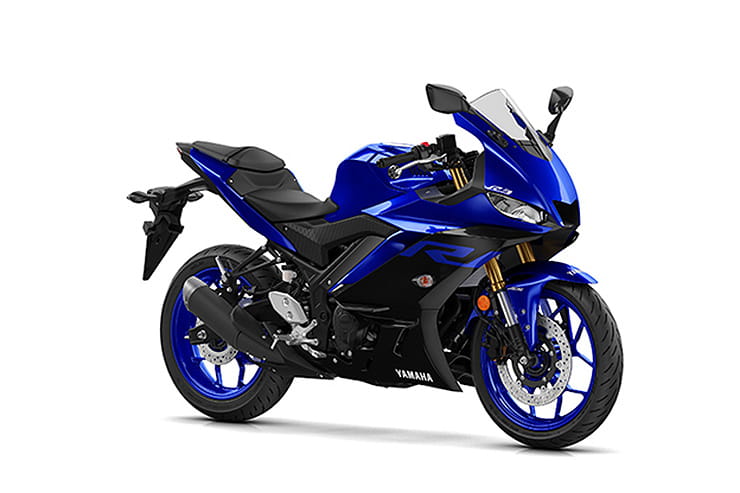 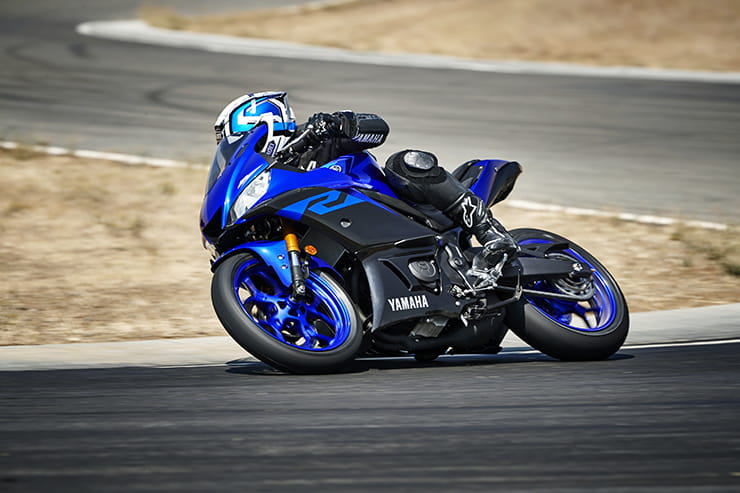 It is very easy here in Europe to think that we are the most important motorcycle market, however in reality emerging markets such as the Far East have a lot more potential for growth and that’s where manufacturers are looking towards for the future. But these markets are currently in a very different position to us and that is reflected in the bikes that sell out there. In the Far East small capacity bikes make much more sense, both financially and in terms of their road networks, and that’s why a whole new generation of small capacity machines have emerged in recent years. Bikes such as the YZF-R3. Introduced in 2015 and updated in 2019, the YZF-R3 is Yamaha’s answer to a cool-looking bike that appeals to this market. However, the great news is that as well as that market, the YZF-R3 hits the mark for European riders looking for an A2-legal, lightweight, and sporty machine that has a tempting price tag and even a bit of track credibility. Yep, since 2018 this class of bike has been duelling it out on the world scene in World SSP300 as a (totally bonkers...) support race in the World Superbike series. If you are after an enjoyable and great-looking mini-middleweight, the YZF-R3 could be right up your street.

The YZF-R3’s parallel twin (which is the same unit as used in the MT-03) delivers a good spread of torque with peak outputs of 41.4bhp and 21.8lb-ft. Although quite happy to be revved, the MT doesn’t demand to be hammered in the way a single cylinder motor does and that means you can ride it on its mid-range far easier. It’s not an amazingly enthralling or engaging engine but it is solid, smooth and happy to get up to 70mph on dual carriageways if required and has little vibrations when doing so, which is always good news. The engine hasn’t been altered significantly over the years, so if you are focused purely on performance rather than looks, don’t worry which generation you buy.

The DOHC parallel-twin engine is liquid-cooled and has a very good reputation when it comes to reliability, which is to be expected on a bike aimed at Far Eastern markets where they tend to be ridden very hard. And it is also pretty tech-heavy with lightweight forged pistons, carburized con rods and some other high-end technologies helping boost its robustness. In town the R3 has a beautifully light clutch action and excellent throttle response while out on the open road it is sporty enough to make newer riders grin and also feel confident about performing the occasional overtake.

In terms of buying a used bike, the valve clearances need checking at 25,000 miles, which it almost certainly won’t have reached, while small services happen every 3500 miles. A lot of owners do the servicing themselves to save the £150 bill a dealer would charge and with full service kits available online for less than £80 that makes total sense. Although the gearbox is solid the (rather weedy...) exhaust pipe, as on so many budget bikes, is a bit cheap and can rot through. Inspect it for holes and feel for any gas escaping when the motor is running, the good news is that replacement options are both cheap and plentiful. Aside from a good inspection of the engine cases for any obvious scratches that indicate a crash, looking for corrosion and checking the radiator for damage, there isn’t much else to worry about. If it starts, ticks over nicely and goes through the gears all should be well. 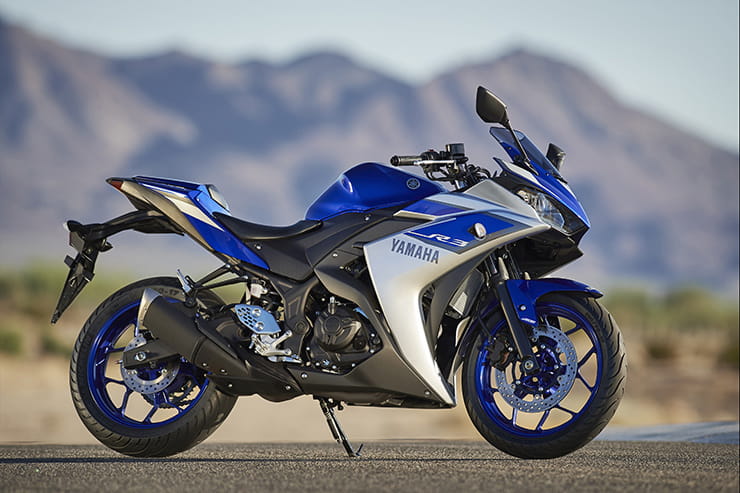 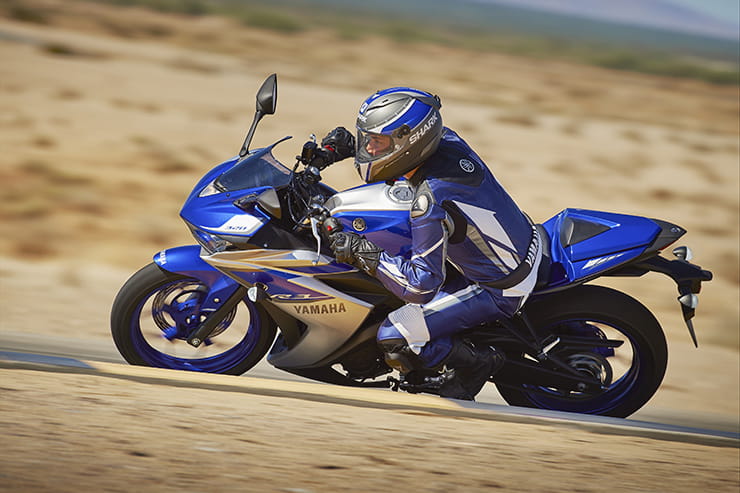 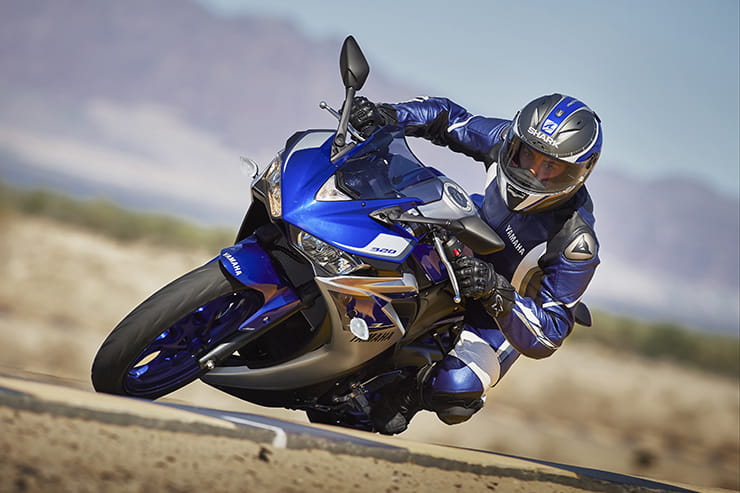 Yamaha claim economy figures in the 75mpg range, however, expect to see just over 60mpg in general use with mid-50mpg numbers when you are hammering it. That equates to a range of approaching the 200-mile mark from its 14-litre tank, which is very acceptable. Yamaha claimed the new 2019-onwards fairing reduces drag by 9%, which isn’t reflected in the economy figures...

Yamaha designed the YZF-R3 to compete in the World Supersport 300 series and while it has a pretty basic steel frame, it certainly does the job. The first generation of R3 comes with conventional forks and a soggy shock, something that was improved upon in 2019 when stiffer inverted forks arrived alongside a beefed-up shock to suit heavier European riders. When it comes to cornering the 2019-onwards bike is certainly superior, but the first generation isn’t bad at all thanks to Yamaha’s decision to arm it with nice and fat 17-inch tyres. A light weight of just 167kg means the R3 takes little effort to flick into bends or manhandle in town and a lovely low 780mm seat height is also reassuring for newer riders.

When buying used, always check the forks (and the rest of the bike!) for any signs of accident damage and the chrome on their sliders, which can become pitted and when that happens the seals tend to pop quickly afterwards. Other than this, look at consumable items such as pads, tyres, chain and sprockets etc.

You only get a single front disc and a two-piston sliding caliper on both generations of R3, which isn’t the most powerful set-up and is a shame as Yamaha’s other sporty small capacity bike, the YZF-R125, gets a cool radial brake. Ok for most riding, you can ups its performance through a braided line and high friction pads if you want. ABS comes at standard, which is good news and isn’t a bad system considering the bike’s budget price tag. 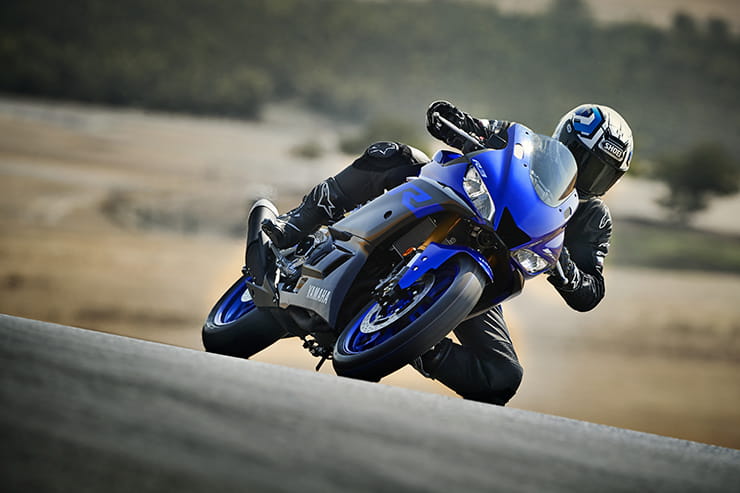 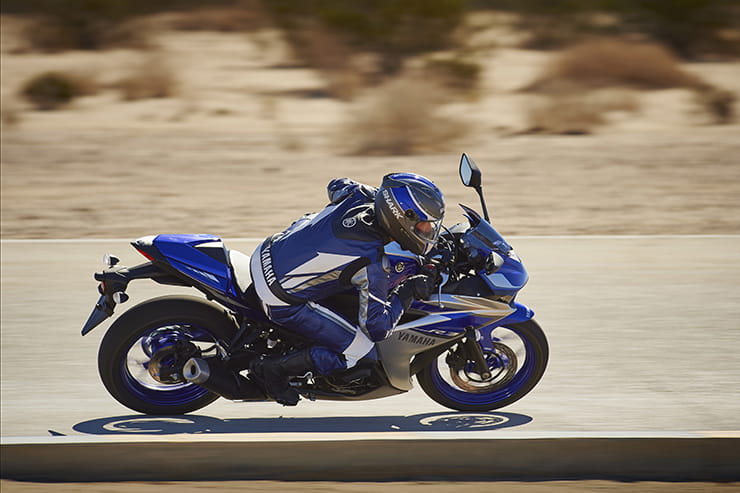 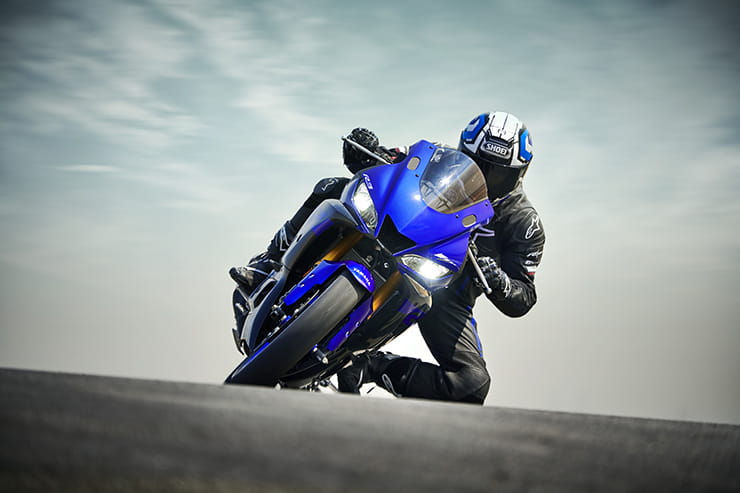 Although the 2019 bike’s bars are 22mm lower than the first generation’s, this makes little difference to the comfort levels and the R3 isn’t a bad place to spend time. You wouldn’t want to take one touring mainly due to its lack of speed, but it is fine for commuting and is anything but a full-on sportsbike when it comes to the riding position.

With ABS as standard as well as an LCD display that packs a fuel gauge and gear indicator, the R3 has just about all an urban rider needs. The first generation’s analogue rev counter is lovely and clear and the speedo is also nice and obvious, which is good, while the updated model’s LCD dash is also hard to fault. Accessorised R3s are quite rare and aside from wheel rim tapes, the occasional taller screen, replacement exhausts, tail tidies and crash protection, that’s about all there is. Avoid any bikes with cheap Chinese levers etc fitted as they can be a bit dubious in their build quality and the last thing you need is a brake lever failing...

The YZF-R3 is a really charming and very light bike that makes for an ideal steppingstone model before you venture onto a heavier and more powerful middleweight machine. Cheap to run, not bad value to buy used and cool-looking, there isn’t much to dislike about the YZF-R3 – aside from its lack of a funky radial brake caliper!

Three things we love about the R3… 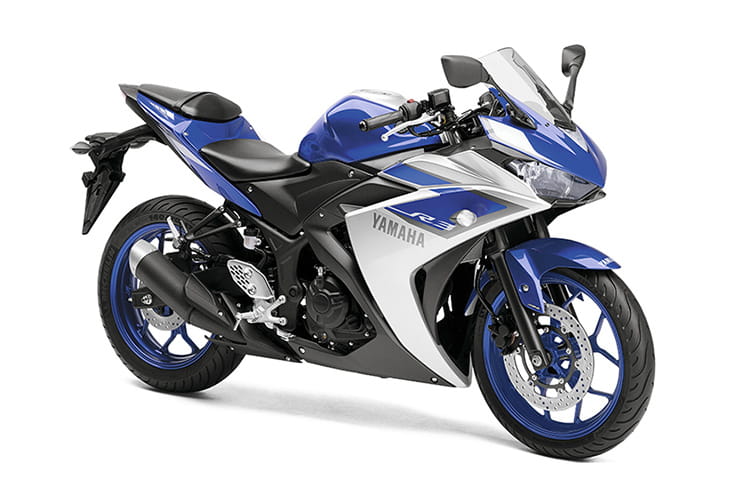 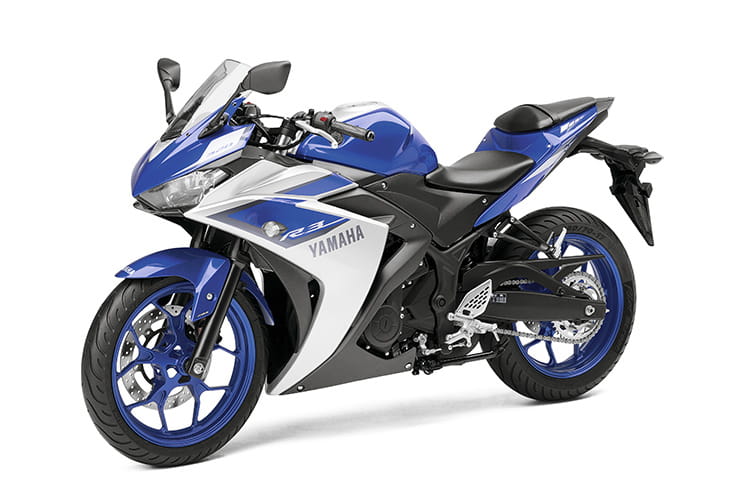 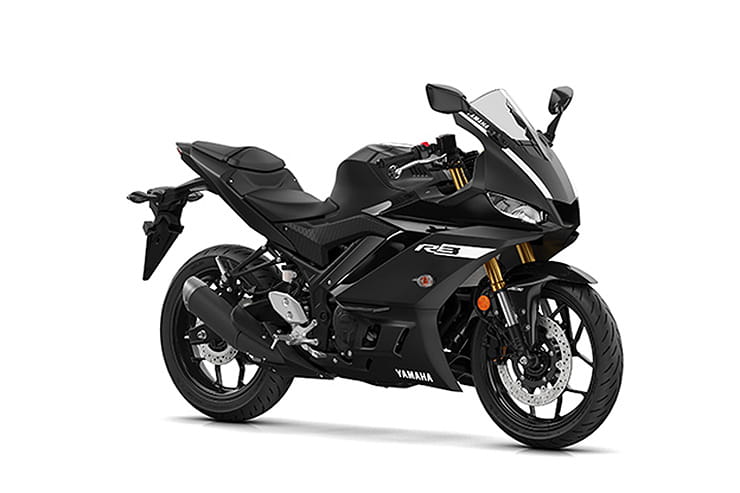 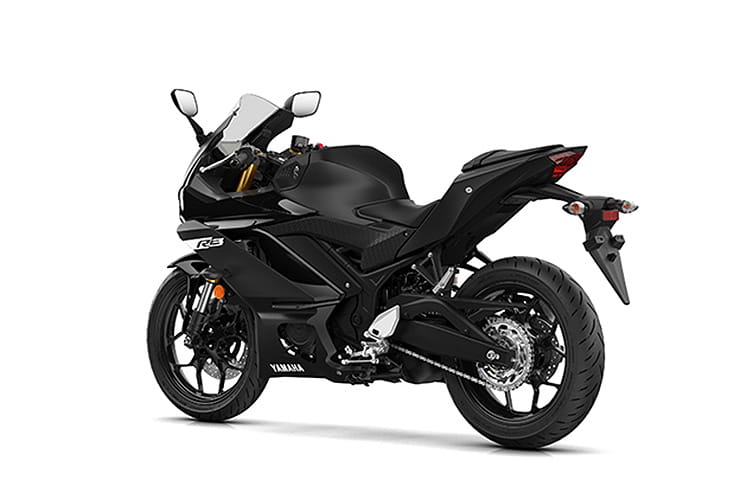 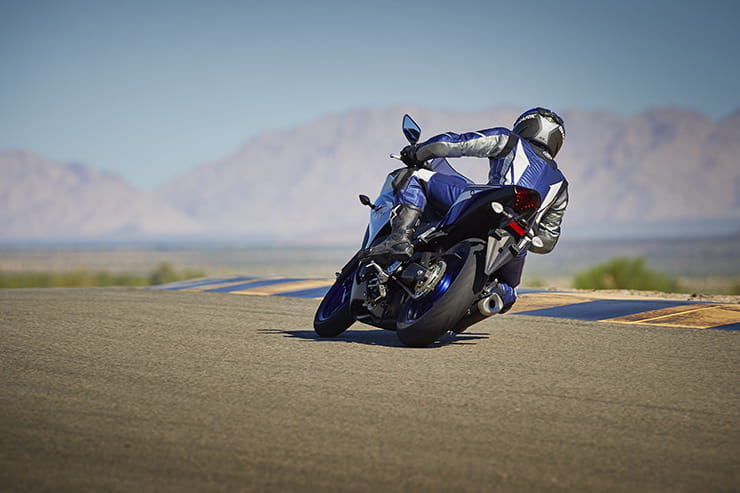