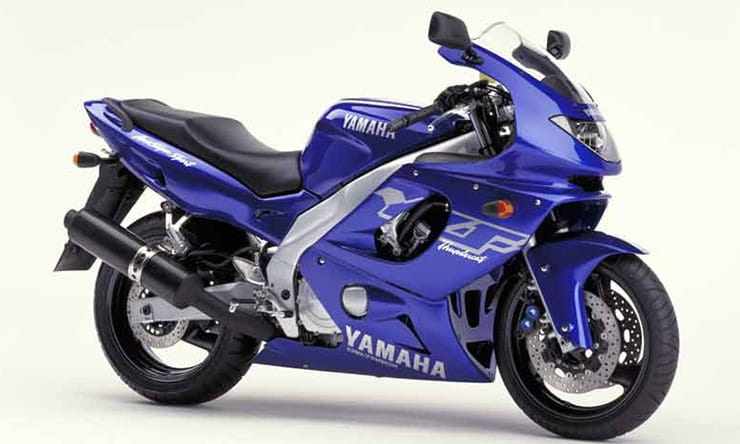 Sometimes there is absolutely nothing wrong with a nice, worn, pair of comfortable slippers. And this is exactly what the Yamaha Thundercat is. In its day it was Yamaha’s answer to the aggressive new wave of supersport bikes, but that day was 20 years ago and time has most certainly moved on. However, if you want a solid, comfortable and above all, reliable, supersport bike then this blast from the past is certainly worth revisiting. Even though it has a silly name…

The Thundercat, alongside its bigger brother the equally poorly named Thunderace, were Yamaha’s sportsbikes before the firm really understood what a sportsbike should be. Replacing the aging FZR600R, the Thundercat received positive reviews at the time due to its sporty handling and gutsy motor – the problem was riders seemed unwilling to really fall for this machine, instead option for the far sharper Kawasaki ZX-6R or the new Suzuki GSX-R600 SRAD. Where the opposition had gone all-in for sporting prowess, the Thundercat’s downfall was the fact Yamaha had given it a large degree of practicality. Ironically, two decades later, it is this very fact that makes it such a good used buy.

The Thundercat comes with all the things that are missing on modern supersport bikes. The inline four motor is nice and strong in its midrange with a wide spread of power, the fairing is large and effective and the suspension sporty without being too firm. In short, it’s just a damn fine road bike and one that makes a brilliant first supersport machine.

With prices at less than £2,000, the Thundercat is a great buy for anyone looking for a solid commuter or a bike to ride and enjoy. Its engine is as old as the hills and therefore has very few issues while the chassis’ sporting potential is pretty easy to unlock with a set of sticky tyres and refreshed suspension if you fancy a cheap trackday bike. Owners absolutely rave about the Thundercat and lament the day the R6 forced it into retirement and when you ride one you quickly understand their point.

The Thundercat has a very similar motor to the FZS Fazer and as such also suffers from the errant front sprocket nut issue. The retaining nut that holds the sprocket in place is on quite a short thread and this can see it work itself loose over time, causing the sprocket to fall off and wreck havoc. There is an updated nut with a deeper thread, but it still needs a good thread on the shaft to screw onto. Always check this nut and look for damage around the sprocket housing. If it is loose then tighten and use thread lock to secure it in place. A few Thundercats suffer from gearbox issues, which isn’t uncommon on older and high mileage bikes, so check each gear is there during a test ride. As you would expect on a bike of this age, the suspension is likely to be well past its best, so look for leaks, and also check the usual items such as head bearings, swingarm bearings and wheel bearings for play. The Thundercat needs its valve clearances checked every 24,000 miles, something that has almost certainly been skipped, and watch out for imbalanced carbs, which cause the bike to run really roughly. A well looked after, and mechanically sound, Thundercat is a brilliant bike and should be fairly faultless. Even the finish is quite robust.

The Thundercat was in Yamaha’s model range in the UK for eight years, yet received virtually no updates to speak of. In 1997 the rear section of the wiring loom was altered to allow the fitment of a ‘plug and play’ Yamaha alarm system while 1998 saw the exhaust change slightly, but realistically that was about it. After Yamaha discontinued the bike’s sales in the UK, a few parallel importers continued to bring US-spec bikes in until 2008. These are identical in specification to the UK ones, so there is no need to be concerned when viewing an import. 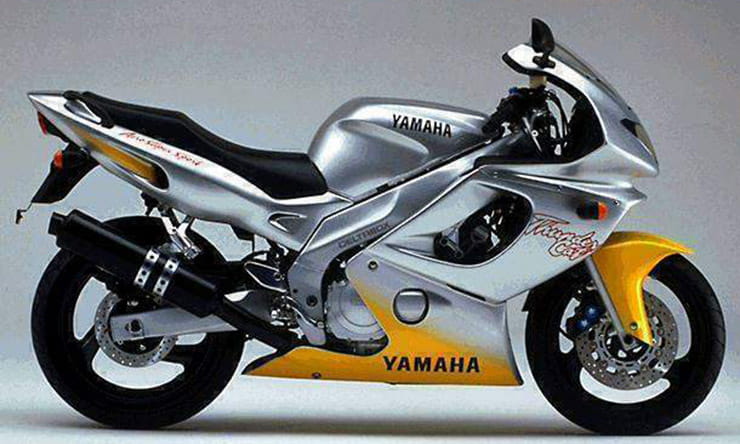 There is no denying the fact the Thundercat is now an old bike and as such prices can be very low. You can get a ‘worn’ Thundercat, which will have around 30,000 miles on its clocks and a few dents, for around the £1000 mark in a private sale. As long as it has an MOT, this isn’t bad value at all. One in a slightly nicer condition will push the price tag to the £1,500 bracket while a dealer will try and get £1,700- £2,000 for a nice clean example. Realistically, you shouldn’t be looking at spending over £2,500 irrespective of its condition as no matter how the dealer wraps it up, this is still a twenty year old bike!

http://www.yamaha-thundercats.org/- This UK Thundercat forum is reasonably active and has quite a large archive of information if you have a common fault or need a spot of advice. There is also http://www.yzf600r-usa.com/ which is an American forum and more active with an excellent ‘how to’ section for basic maintenance tips.