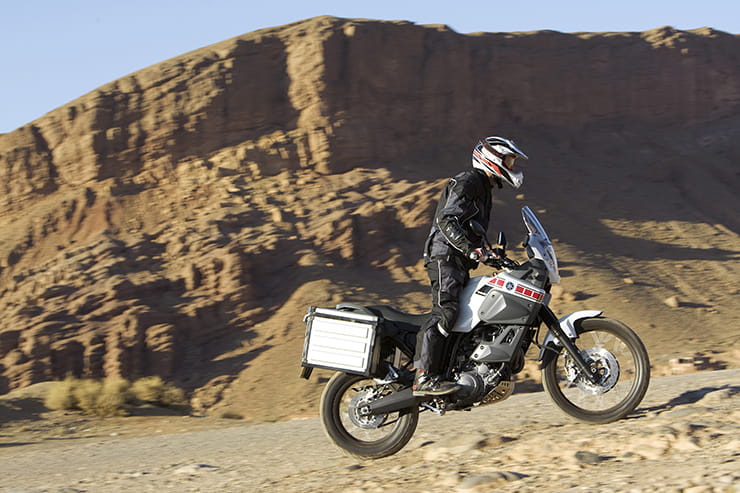 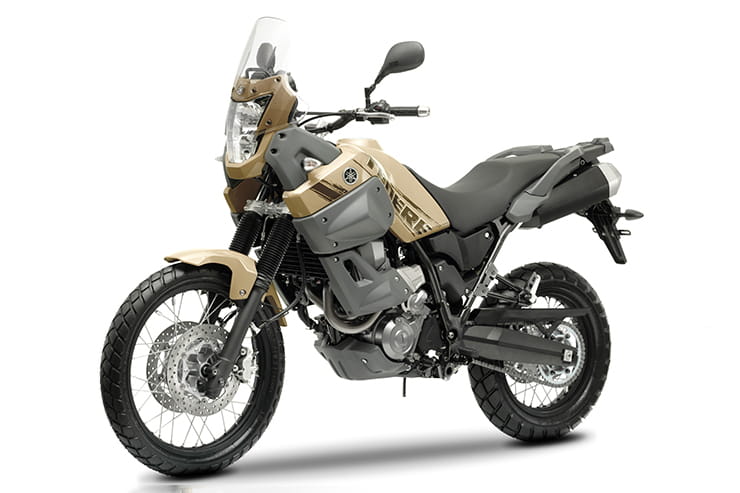 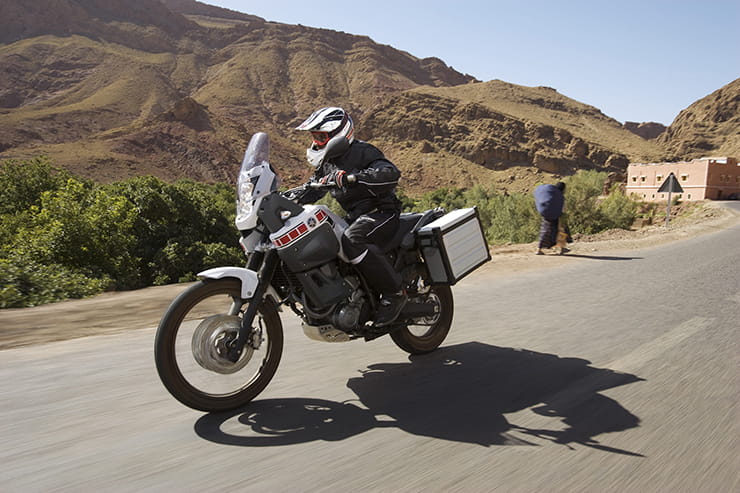 Named after a section of the Dakar Rally that was particularly treacherous, Yamaha’s Ténéré range of bikes have a heritage built around their rugged nature and their ability to take on, and win, the toughest motorcycle race in the world. And in the case of the XT660Z Ténéré, this reputation is well-founded. If you are after a no-nonsense bike to take around the world, it is probably your best option. Devoid of complicated and fussy electronics, as hard as nails and virtually impossible to break, the XT660Z Ténéré is a true globe-buster. That said, if you just want a bike to hack through a commute and maybe explore the occasional green lane on at the weekends, the XT660Z Ténéré is also a brilliant option. It also looks pretty damn cool to boot and is cheap to both buy and run, what’s not to like?

Compared to the XT660R, which donates a lot of its major components to the XT660Z Ténéré, the more rugged model commanded a £500 premium when new, which wasn’t bad value considering the Ténéré is a far more appealing and modern-looking machine. Nowadays this gap is significantly more as you can pick up an R for as little as £2400 where starting prices for the Ténéré are £4000. Oddly, riders tend not to do huge mileages on the middleweight Ténéré model and armed with £4500 you can easily buy an early bike with less than 20,000 miles on its clocks, which is decent value. Splash closer to £5000 and you will get a later model, which shows how well they hold their value. Ideally, get a later model for just under £5000 and keep it looking nice and tidy with lots of anti-rust spray as despite the fact the Ténéré was never updated, it is always better to buy as newer bike as you can afford as components can wear out.

With just 48bhp and 43lb-ft to play with, the Ténéré isn’t the fastest bike in the world but it doesn’t have to be. With a good throttle connection and fairly spirited acceleration, the Ténéré plods along merrily and can see speeds of over 70mph on a motorway. Well, the bike may be happy but the rider might not be quite as chirpy as once you get it working the single does tend to vibrate quite a lot. It’s far happier between 60mph and 70mph, so keep it in this range rather than thrashing the hell out of it as it lacks a sixth ‘overdrive’ gear. At slow speed the single makes perfect sense and for zipping around town or plodding up green lanes it is ideal as you don’t need that much power and it is even quite frugal if you ride it sensibly.

The Ténéré’s single cylinder motor is about as basic as you can get and while it does have fuel-injection, a four-valve head and water-cooling, it is a single overhead cam design. When you are talking about a world-explorer this is actually very good news as its low spec means it is virtually impossible to break. And if you do manage to harm it, the chances are that a local mechanic will be able to fix it! There are very few mechanical issues at all as the single is thoroughly tried and tested (it is in both Yamaha’s R and X XT660 models, the Derbi Mulhacen, Yamaha MT-03 and the Aprilia Pegaso) so unless it sounds like a bag of spanners being shaken around, which means it might have been run low on oil and suffered major damage (it only holds 2.9 litres but isn’t known for burning any), you can buy it with confidence. The gearbox is also solid however owners do report the Ténéré (and all Yamaha’s XT models for that matter) like to eat cush drive rubbers, which is a bit odd. They only cost £20 to replace but keep an eye out as if they get too worn they can cause damage to the hub. Some owners recommend packing them out slightly with old rubber inner tube to prolong their life. 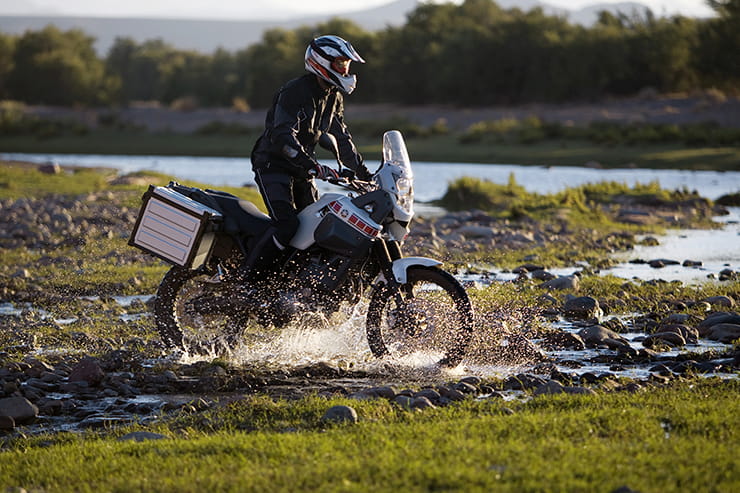 Depending on how hard you ride it, owners report getting anything from 55mpg to over 70mpg from the Ténéré, which gives it a range of over 200 miles from its 22-liter tank. That’s certainly not to be sniffed at.

Designed as an off-road capable bike, the Ténéré has a big 21-inch front wheel to accommodate proper knobbly tyres and its own design of tubular steel chassis with long travel suspension. On the road this can lead to a slightly vague feeling from the front end, which is to be expected, however it isn’t this that most owners find issue with, it is more the tall seat height. At 865mm getting on the Ténéré is quite a stretch, especially if you are short in the leg, but once onboard you are rewarded with a comfortable riding position. Tipping the scales at 183kg dry the Ténéré is fairly easy to manoeuvre at low speed, but again the tall seat height can rear its ugly head should you need a dab of the foot. Some owners complain about the forks being overly soft, however as they are non-adjustable this is just something you have to put up with while the shock’s preload can be upped to take account of a pillion/luggage. When buying used watch out for rusty spokes and dinged wheel rims as well as rust on the frame around its welds.

Although the twin 298mm discs are only gripped by two-piston sliding calipers, they provide more than enough stopping power for the skinny front tyre to deal with. And if you run chunky tyres, you need to be quite careful in the wet as they are perfectly capable of locking it up. Aside from badly corroded sliders stopping the calipers moving freely, it is a basic and reliable set-up that is cheap and simple to service with rebuild kits less than £30. 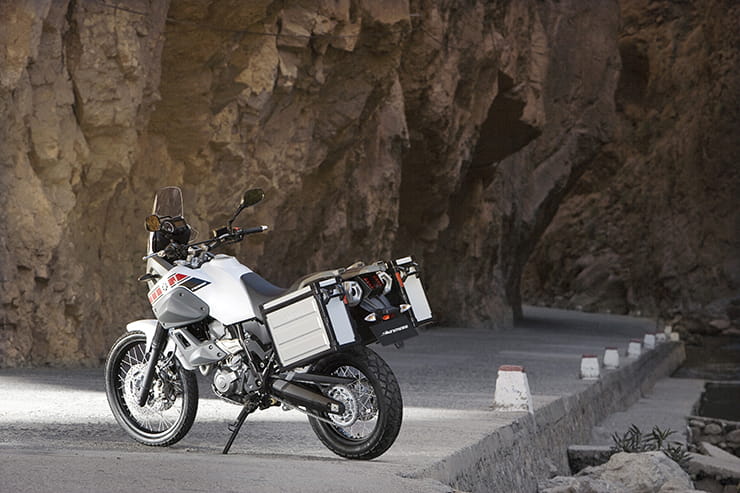 As long as you aren’t looking at getting to your destination in record time, the Ténéré makes for a very good tourer that can take you to places you wouldn’t be able to reach on a ‘conventional’ touring machine with road tyres. Not only that, it is also lighter and more reassuring than bigger adventure bikes should you wish to take it off-road. The seat isn’t the most forgiving, which is why loads of owners fit either a gel option or a sheepskin cover, but the riding position is nice and relaxed and the Dakar-style nose fairing actually quite effective.

In terms of rider assists you have basically nothing aside from an LCD dash, which it has to be noted does like to mist up, so check all is well. The same goes for the wiring loom, which is known to have a few issues. Accessories, however, well the world is your oyster with hard panniers, comfort seats, screens, crash protection and just about everything an adventure rider could want readily available. Yamaha sold an Akrapovic slip-on exhaust, which is cool, however what is probably more useful is the centre stand to help with lubing the chain and a  bash plate for serious off-road action to protect the bottom of the engine.

The XT660Z Ténéré is a proper old-school no nonsense middleweight adventure bike. It’s not the most technologically advanced bike, but for sheer reliability and ruggedness, there are few better machines to pick when it comes to exploring the furthest flung areas of the word. Or just hammering through a commute on. A great bike that is often overlooked.

Three things we love about the Ténéré… 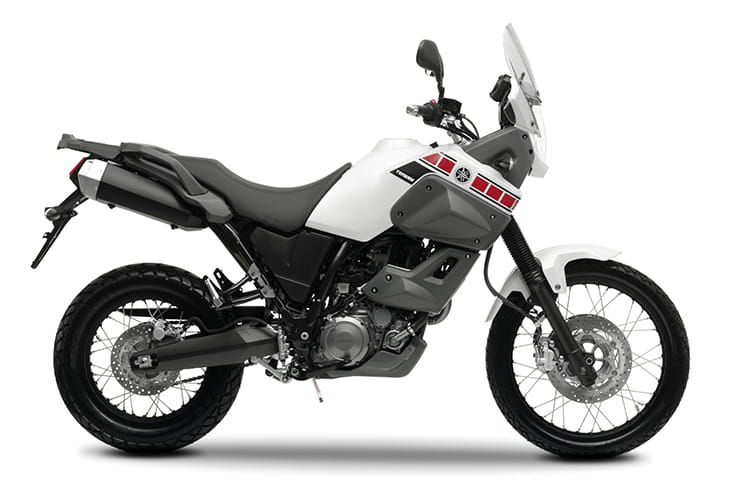