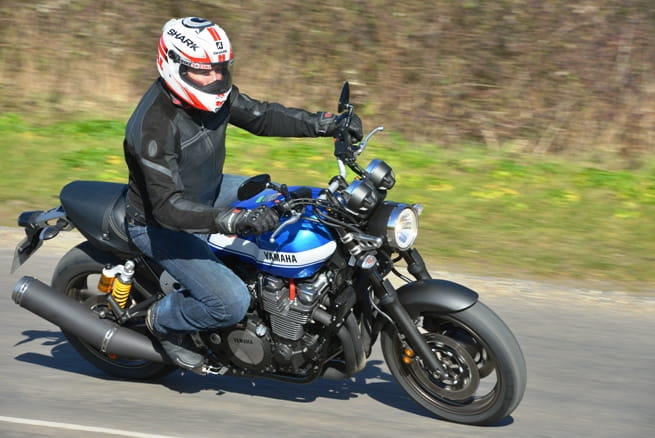 The grand-daddy of naked street motorcycles makes a return for 2015 as Yamaha introduce a face-lifted and subtly revised version of their XJR 1300, owner of the biggest in-line 4 cylinder, air-cooled motor on the market. All 1251cc’s of it.

20 years since its ancestor, the XJR 1200, was released, which was then increased from 1188cc to 1251cc to become the XJR 1300 in 1999, the new version features a new solo-seat and a shorter and narrower fuel tank. Yamaha have also added a buffed aluminium side cover, wider handlebars which are positioned closer to the rider plus a redesigned instrument panel and headlight.

They aesthetic upgrades look good too, giving the bike a more contemporary feel without moving too far away from its original and rather masculine roots. A particularly good example is the matt black finish on the silencer. 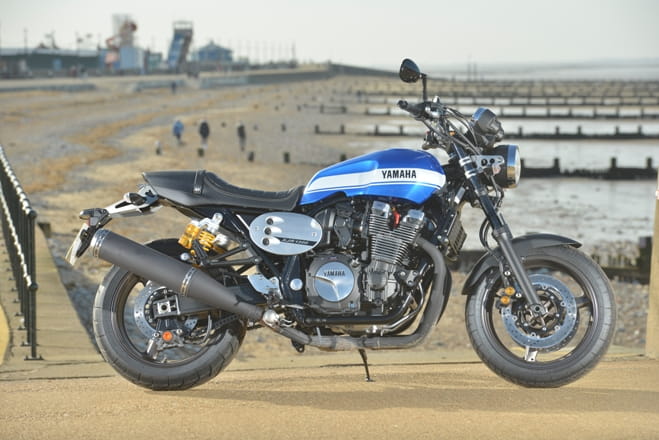 Even the bikes’ designer, Stephane Zache, said: “In terms of style, we were inspired by the design of the late ‘70s and ‘80s, with simple and pure shapes and authentic materials.”

He continued: “The DNA is also racing inspired. Long and narrow tank, dynamic seat, race number plate with intakes… And we thought a lot about the customizing. This XJR is an easy base to pimp!”

The burly, butch XJR produces a respectable 98bhp and sits in a steel-double cradle frame with a re-designed mounting system designed to re-direct vibrations generated while riding. And super comfortable it is too. The standard fit and rather distinctive Ohlins rear suspension is coupled with Diamond-like Carbon (DLC) front forks. And, along with the new one-piece seat saddle and narrower fuel tank, all combine help to offer a smooth ride. Even after 150 miles there was no need for leg stretching or shuffling around to encourage blood flow. I’m 6ft tall by the way.

There's no new-age, electronic gadgetry offering assisted braking, cruise control or even traction control. There's just the one engine mode and if your hands get cold, tough, because there's no heated grips either. The lack of options is a gentle reminder of the XJR's no messing, old school background and I for one am glad Yamaha haven't messed around with the character of this favourite old model. 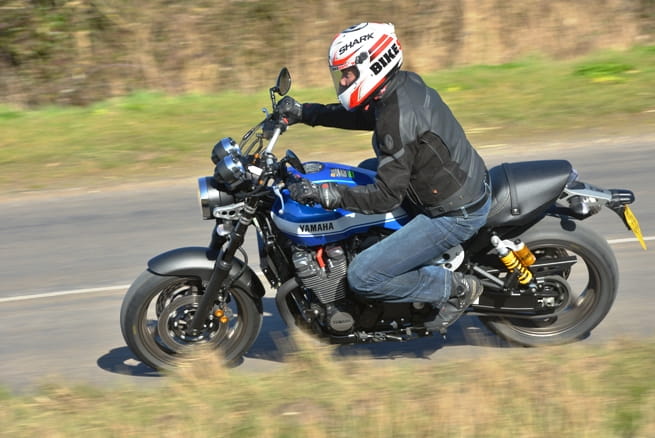 108 Nm of torque at 6,000rpm puts the XJR alongside Triumph’s Sprint GT and Kawasaki’s Z1000SX which is smoothly delivered all the way through the Yamaha’s five-speed gearbox which is smooth to operate and barely needs any clutch lever involvement as you move up through the gears. I found first gear to be quite short but certainly not a deal breaker. For those who are used to the previous models, the 1251cc lump still does not disappoint. It uses its full quote of revs like it’s an old pro', easily pulling all the way through to the red line at 9,500rpm.

There’s not much to dislike. The throttle delivers power admirably, silky smooth you could say. The R1 brakes are top notch, suspension and handling are too so long as you bear in mind it is a 240kg machine. The standard-fit Dunlop Sportmax do a good job too. The bike had a brand new set of boots when it was delivered but they soaked up a range of slippery surfaces from early morning dampness and ice to the muddy trails so kindly laid down by North Norfolk’s farmers.

The only real disappointment was the 14.5 litre fuel tank which was all but emptied in just 77 miles. While I wasn’t dawdling around when testing the bike, I certainly wasn’t riding erratically either. Ok, maybe a little but you understand I had to give the bike a thorough test, right?! 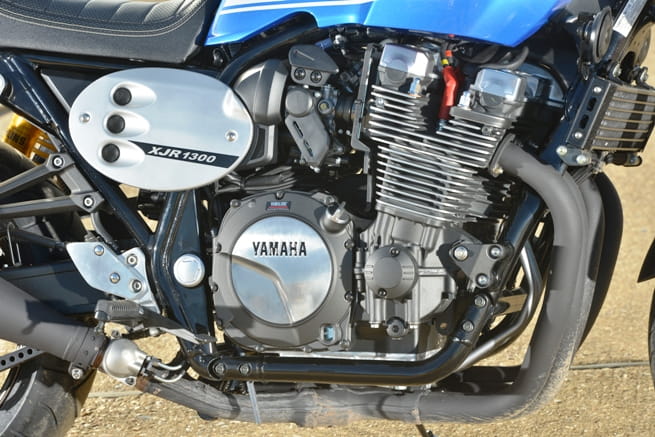 It’s still an XJR so it’s not going to revolutionise the way you ride or turn many heads but the improvements to an already top quality bike are fully justified and it offers very good value at £8,599.

The XJR1300 is available in three colours (Power Blue, Matt Grey and Midnight Black) although to be completely accurate the only part that changes colour is the fuel tank.

The range of accessories includes a black Akrapovic slip-on muffler, sport screen, LED indicators and soft luggage options. But don't let that stop you, Yamaha are keen to let the motorcycling world know their XJR is prime for customising, a blank canvas if you will. We've already seen the previous incarnation of this model tinkered with by top customisers such as Deus Ex Machina and Wrenchmonkees. It's all part of a program the Japanese manufacturer calls 'Yard Built'.

Lighter wheels and front discs. Updated instruments and a catalyst in the exhaust. 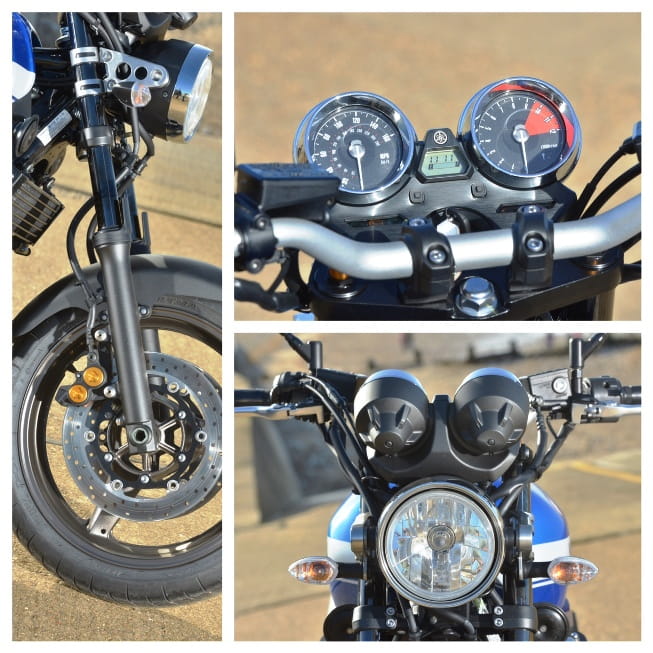