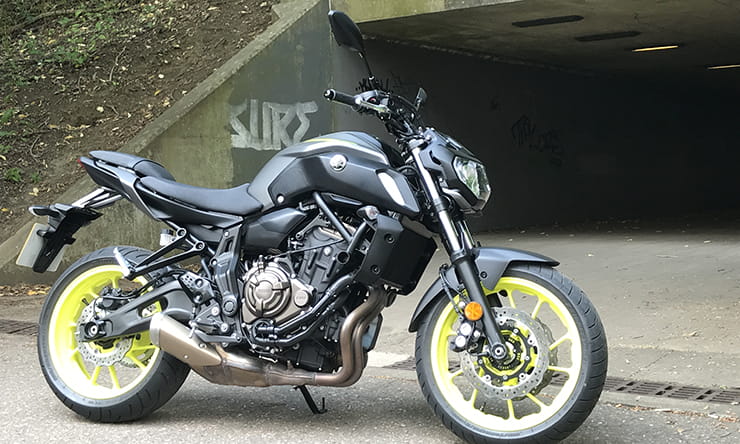 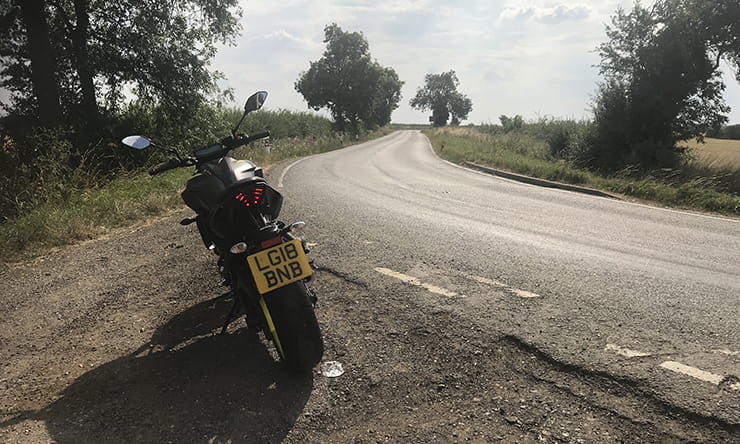 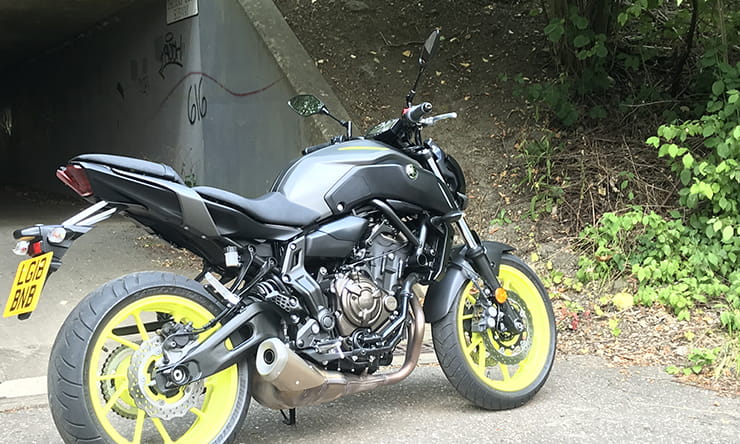 After riding the new MT07 I find myself making comparisons with my personal favourite bike of all time, Yamaha’s crazy two-stroke TDR250. Clearly the 687cc, 70bhp twin is different. It’s a four-stroke, with three times the capacity and 50 per cent more power (and weight), but the spirit is similar. Exaggerated acceleration from a quick-action throttle feels faster than it is and the chassis feels small, taut and easy to turn. The MT-07 points, squirts, bucks and wallows like my TDR does without ever feeling unsafe.

It’s a similar experience to the KTM Duke 790 which has even more power, weighs a fraction less, with better suspension, advanced electronics but costs £2000 more. 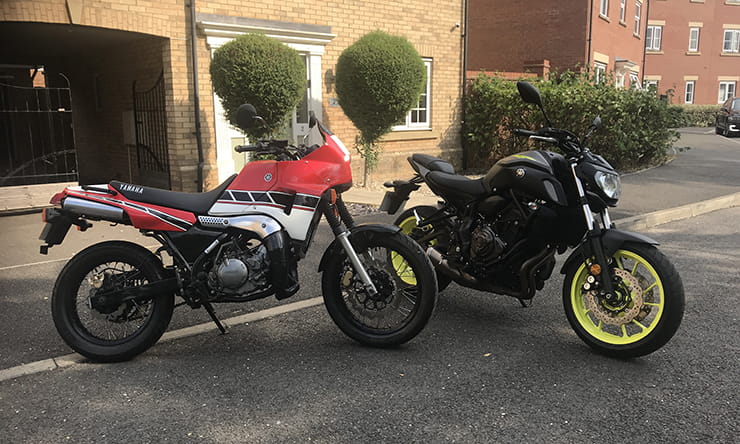 The MT-07’s twin-cylinder motor is quick-revving and responsive with a light clutch, slick gearchange and mischievous personality that can also do low-speed traffic-slicing, motorway cruising and even in the craziest hooligan mode still averages 48mpg (typically the consumption is in the low 60s).

Subtle cosmetic changes make the 2018 MT-07 a little more grown-up than before (although our test bike’s ‘see-me-from-space’ wheels are a little bright for me), but the biggest difference is the revised suspension. The front forks have stiffer springs and more rebound damping for 2018 and the rear shock also has a stiffer spring, more rebound damping and is easier to adjust.

Where the old bike would bounce into bumpy corners and ground out its footpegs and sidestand, the new one is more controlled and better suited to a typical UK rider’s weight and UK roads.

The forks are still a little on the soft side and braking hard into a bumpy corner can lock the wheel momentarily before the ABS cuts in. 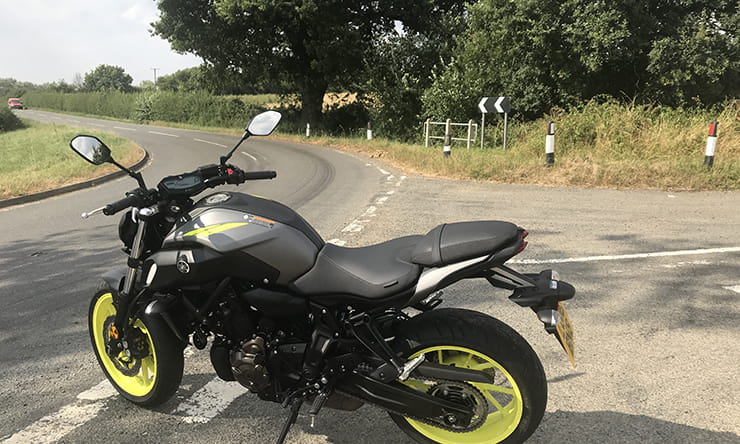 Let’s put this into perspective though. This is a rider who, might be experienced, but is riddled with bad habits and not as talented as he’d like, riding like the idiot he thinks he used to be. What keeps him upright are the subtle advances in chassis design, brakes and the fact that an MT-07 in loopy mode isn’t quite as fast as it feels. What keeps him behaving like this is that he hasn’t felt this much in love with riding for the hell of it for ages. 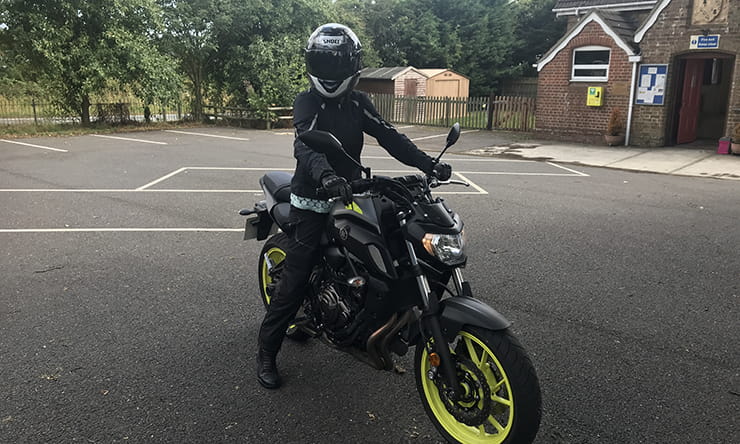 The returning rider; Julie Brown, riding for 25 years, on and off. Commuter, tourer, looking for adventure

“I used to ride more regularly but in the last ten years I’ve done four big trips, each of around 2500 miles and not much else. I did some miles on a borrowed 2014 MT-07 and really enjoyed that and I’m looking for a bike that’s comfy, easy to ride, versatile and not too tall. All-but-one of the four crashes I’ve had in 23 years riding have been toppling off at a standstill.

“The MT-07 isn’t quite as low as I’d like, and this test bike has the optional comfort seat fitted, which  is slightly taller and wider than standard. I have a bad habit of needing both feet down when I come to a stop, so I was on tip-toes at every junction. Thankfully, the MT is light enough and well-balanced for me to be confident.

“The power delivery is smooth at low revs, making it easy to wiggle through traffic without having to feather the clutch. The bike feels slim too and the back brake is well positioned to add some extra control when filtering. 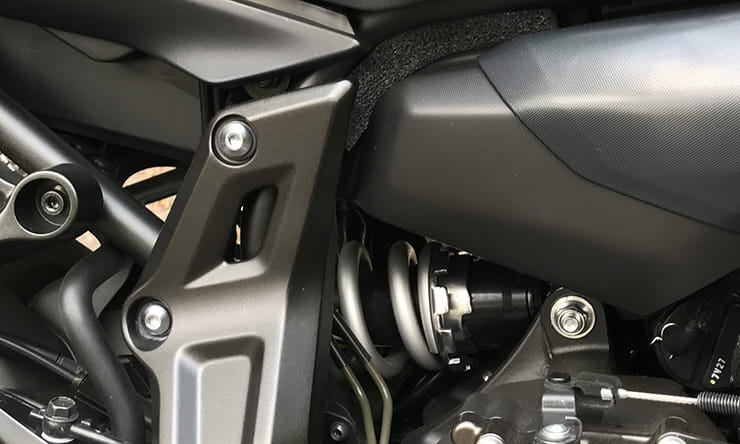 “I’ve heard people talk about the MT-07 as a ‘bike for new riders’ which I understand, because it is easy to manage and very forgiving. But it’s brilliant for other riders too. There’s plenty of power in the mid-range and I always felt there was a choice of gears in a corner. There is also enough top end and a wide enough range of power that I didn’t keep hitting the rev limiter, like I used to do on my old Honda Bros 650.

“I found the brakes and suspension perfect for my riding, but I’m not that heavy and didn’t really have a problem on the old MT-07 either. I’m not some wannabee racer in the corners and I like to get my braking done in plenty of time and corner smoothly.

“As a bike for commuting I was impressed with the balance, ease-of-use and 64mpg fuel consumption. For longer rides, I’d prefer at least a half fairing to keep the wind off, although at 70mph on a motorway the MT is surprisingly comfy for long distances. 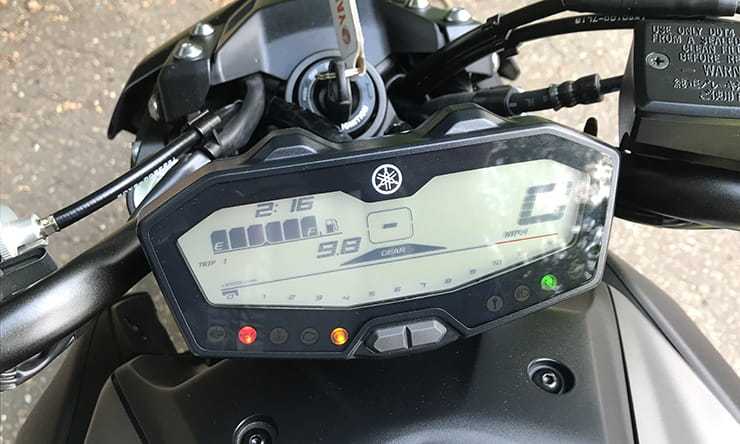 I like the simplicity of the switchgear and the instruments. The fuel gauge seems accurate, I like the prominent gear indicator and for the money, it seems like an awful lot of bike. It’s a modern design too, unlike some of the competition which has been around a long while.” 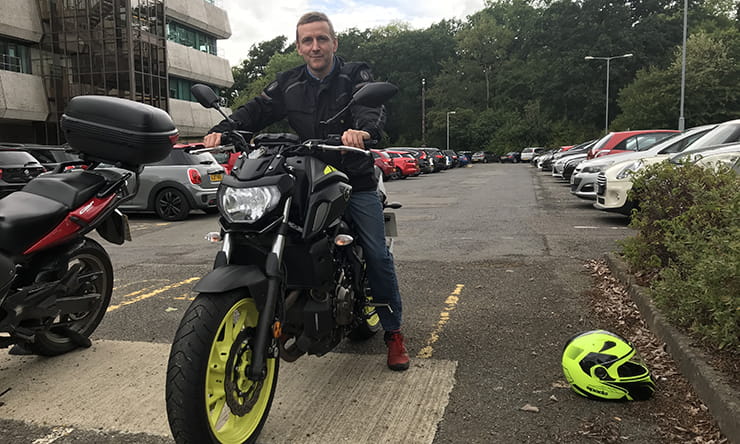 The new rider; Rob Butler, a senior manager at Bennetts Insurance passed his test a couple of months ago. He’s still looking for his first bike so we gave him a go on the MT-07.

“The characteristics of the engine are just what you want as a novice. It has plenty of power low down in the revs so if you get your gears a bit wrong it still pulls, and it always feels predictable when going for a bit of speed. Although I hadn’t ridden since passing my test 4 months ago, changing gear on the MT-07 very quickly became effortless. The prominent gear position indicator on the digital display was also a great aid for the newbie. There’s very little vibration through the seat.

“The MT-07’s ride felt soft and comfortable and I always got off wanting to do more. Through the corners it feels agile, nimble and confident, which helped me focus on what was in front of me rather than worrying about the bike. 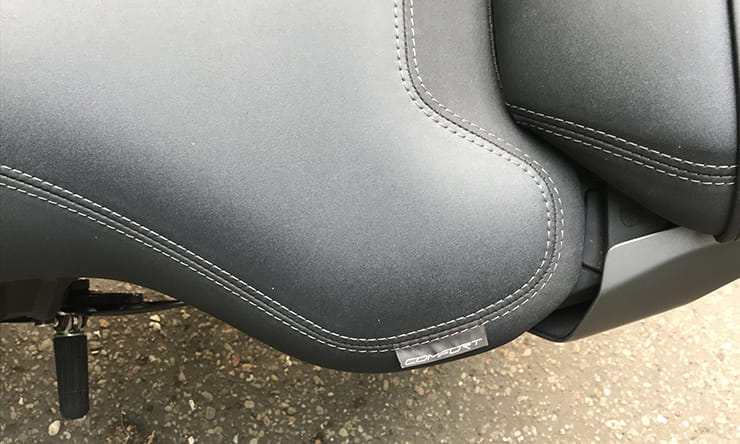 “For a shorter rider like me the bike was easy to manage in both seat height and weight.  Pushing the bike around in my garage was never too stressful and when pulling up to a junction I was comfortable just putting one foot down (one foot flat felt better than two sets of tip-toes.

“The MT-07 hadn't featured on my bikes to buy list up to now. Mainly because I prefer the look of sports bikes compared to nakeds. But now, I am undoubtedly converted. It shows the importance of trying bikes and seeing them up close. The Yamaha provides a great balance of value for money, fun styling and manageable performance and has just become a contender for my first bike. The only negatives I found were that the rear brake seemed a bit spongy and I felt the rear wheel lock when changing down a couple of times in the wet, but that could have been my lack of experience with the bike. No one else had the same problem.” 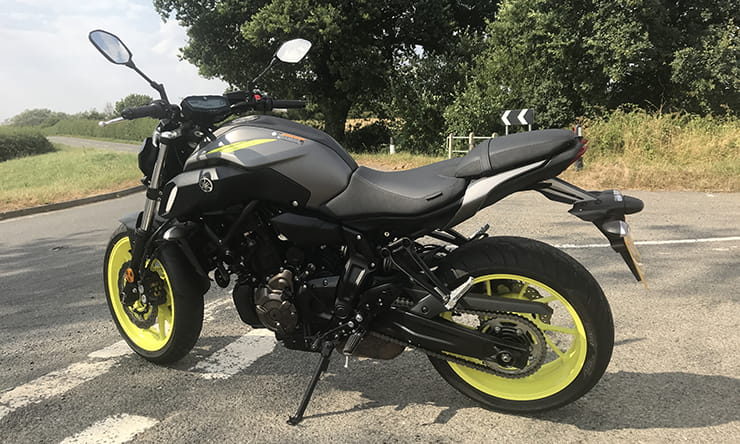 Yamaha sold a lot of MT-07s from 2014-2017 and many of those first-generation bikes are hitting the used bike market this year. Apart from a few reports of engines stalling in traffic and being occasionally noisier than expected, it has a reputation for being pretty-much bulletproof.

The biggest issues are likely to be crash damage or neglect and, given the new-rider profile of many MT buyers, both are likely. If buying privately, try and get an idea of the owner and the kind of riding they do. Ask if it has ever been crashed or dropped, make sure you do a history check (which will tell you if it’s ever been stolen, written off or is still on finance). Look for the easy-to-spot signs of repaired crash damage in the advert’s photos such as aftermarket mirrors, handlebar end weights, dents in petrol tanks or scuffs and scrapes on engine casings and fork legs.

Easily-spotted signs of neglect are sagging drive chains, low levels of engine oil, any dipstick who’s managed to lose one of the keys in three years, worn brake pads or squared-off tyres.

New MT-07s are very good value – the previous model had a list price below £6k and the revised model is only a few hundred quid more. The trade-off is that build quality on some components isn’t as good as on some other bikes. Ride an MT through winter and you’ll need to invest in some corrosion protection (To watch BikeSocial's in-depth corrosion protectant test click here) otherwise you’ll see many of the bolts and bare metal parts corroding very quickly. Exhausts and shock absorbers can also look tatty very quickly.

The other thing to watch out for is price. There’s high demand for used MT-07s, which is good if you’re selling and equally if you’re buying new on PCP because it means the final balloon payment is high, which keeps monthly repayments low.

You don’t see many good used MT-07s for less than £4000, which means you can be paying not far off the MT’s new price for a four-year-old bike. Weirdly, that means that in some cases you would be better off buying a new bike on PCP than a used one. Do the sums carefully before you commit to buying used.