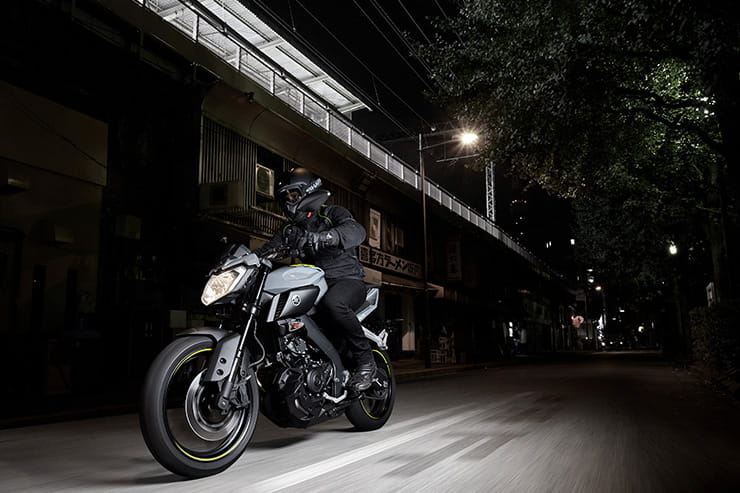 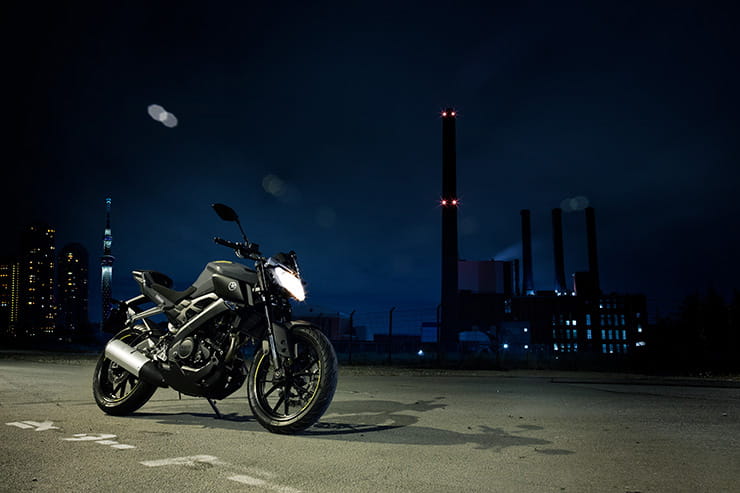 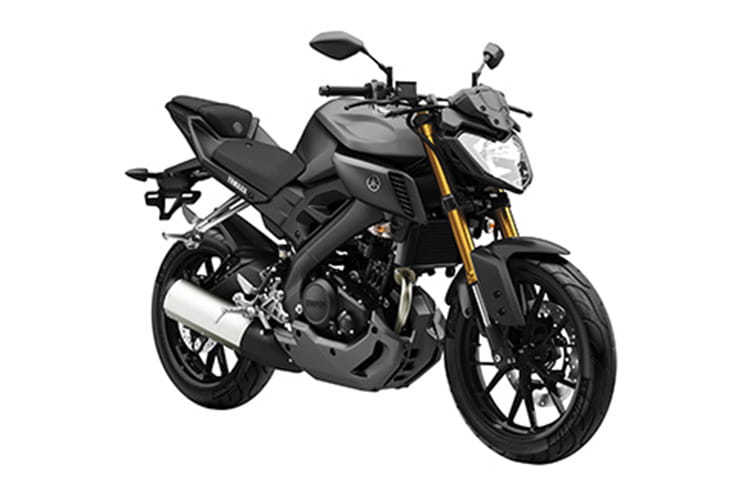 Yamaha’s MT range of bikes has been the success story of the 2010s and has been the major driving force behind the firm’s rejuvenation. And with so many experienced riders opting for a ‘neo retro’ naked bike such as the MT-09 or MT-10, it is no surprise that a new generation who are starting their two-wheeled journey are also inspired to turn to the Dark Side of Japan…

Arriving in 2014, the MT-125 offers newer riders, or those just wanting a really frugal runabout, a cheap way into the MT lifestyle. And budget-conscious motoring is what the MT is all about because behind its funky styling hides what is unashamedly a very, very basic machine. But is there anything so wrong about that?

With all 125s restricted in their power output, Yamaha didn’t see the need to go all flashy with the MT and it is powered by a very basic SOHC 125cc water-cooled single that makes the required 15bhp. To ride the engine lacks the fizz you get on the more modern DOHC 125s such as the KTM 125 Duke, but it thumps along and delivers economy figures of close to 100mpg irrespective of how badly you thrash it as well as speeds of around 70mph (after a long a run up) if required, which is all that can be asked of it. A few less vibrations would be nice, but that’s its only major issue and it ticks all the requirements of such a bike. And the same could be said of its chassis.

Basic and decidedly built to a cost, the MT-125 is no sporty 125, but by the same token it is light, agile and perfectly suited for town use. If you ride it with any enthusiasm the shock rapidly turns into a pogo stick as everything is set super-soft, including the forks, but again that’s expected on a city-targeted 125. At least you have the option of ABS, which in many ways is more crucial than fat tyres and the ability to get your knee down. Although looks are also fairly crucial, which is where the MT will split opinions.

From a distance the MT does look pretty funky. It proudly displays its family heritage and its LCD dash has a fuel gauge and quite a stylish appearance. However when you really start to look at the MT this façade quickly falls away and you can’t help but feel a little disappointed as it isn’t a patch on the 125 Duke in terms of spec.

If you are after a no-frills 125 such as the YBR125 but want one with a bit more kerb appeal, the MT-125 is a good option. Reliable, cool looking and with a decent ‘big bike’ riding position and feel to it, there is a lot to like about the smallest member of the MT family aside from simply its budget price tag. It’s not the best naked 125, that’s the 125 Duke, but it is a solid performer. 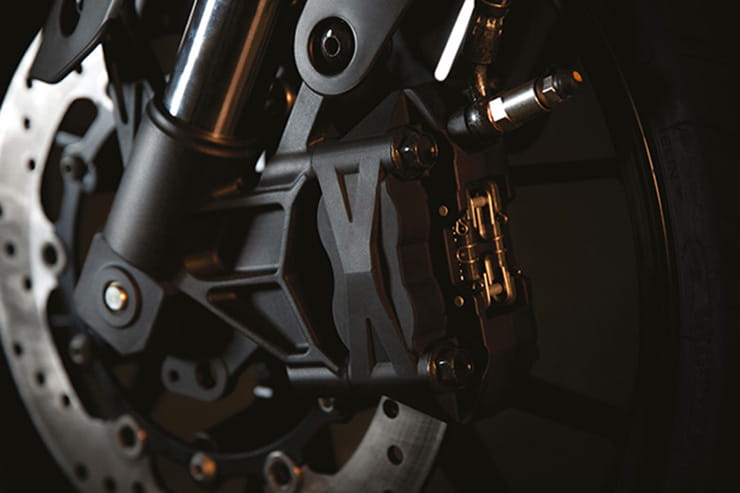 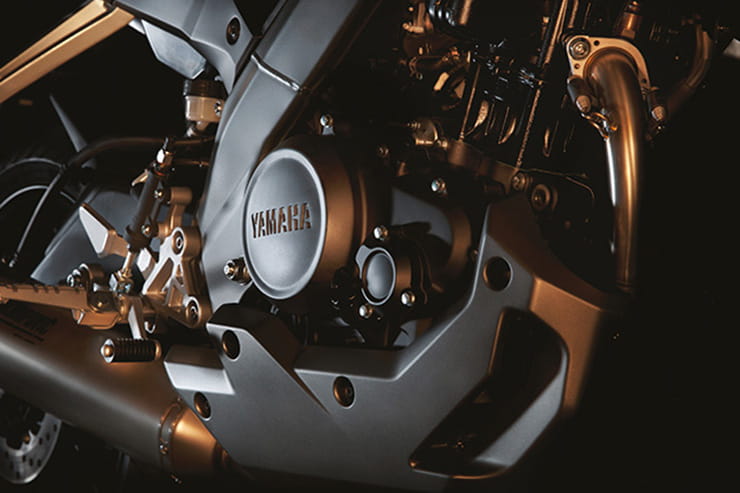 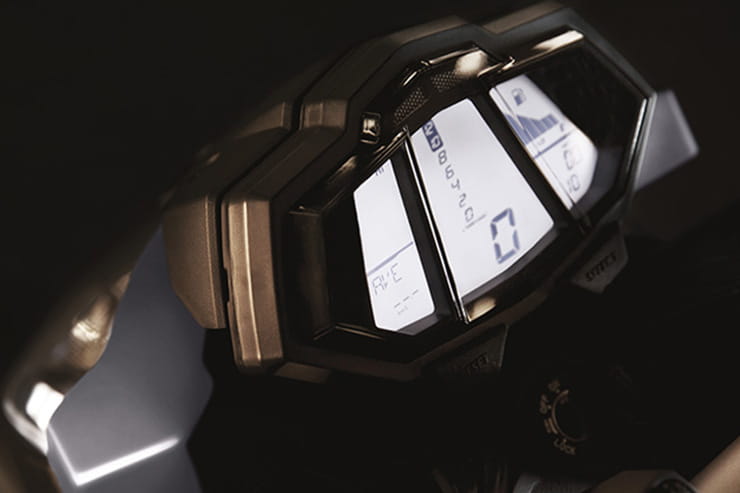 It is extremely hard to pinpoint things to look out for on an MT-125 as it is so much down to the previous owner. The fact of the matter is that the SOHC engine is so basic and the rest of the bike built down to such a low price point, major mechanical issues are rare unless the previous owner has displayed total mechanical ineptitude. Sadly, with a 125 this isn’t as uncommon as you may expect…

When viewing a 125 the best course of action is to give it a really good look over and form a view as to what its life has been like so far. If it is a private sale, have a look at its chain and sprockets to see if they are nicely lubed, the chain well adjusted and the sprockets not hooked or worn. You have to hope a dealer will check this before putting the bike in a showroom, but if a bike is being sold with a rusty and badly adjusted chain, assume the owner has failed to keep on top of regular maintenance, which is a worry. Check the bar ends, mirrors and exhaust for any signs of scrapes or dents that hint at a crash and also take a few steps back and when viewing the bike from directly behind, see if the bars are straight. With the visual checks all done it is time to go over the fine points.

The SOHC motor is bullet proof, however like any small capacity motor it gets thrashed from cold and that means it often burns a bit of oil. Check its oil level and if it is low, you have to be worried how often this happens and if the owner even inspects it! The MT has service intervals of every 3500 miles (or one year) and the dash will display an ‘oil serv’ warning when it needs a change. Speaking of which, always check the dash for error codes, which will appear below the fuel gauge where the fuel trip is located as an ‘Er_1’ and then a number. Valve clearances should be checked every 3500-miles, but this is seldom done as most MTs are home serviced or just not serviced at all!

In terms of the MT’s chassis, aside from the obvious crash damage you are looking for MOT failures and consumables so check the forks for leaks, brake pads, chain and sprockets, tyres etc. Oddly, the MT’s mirrors have a habit of vibrating loose, so check they are nice and tight… 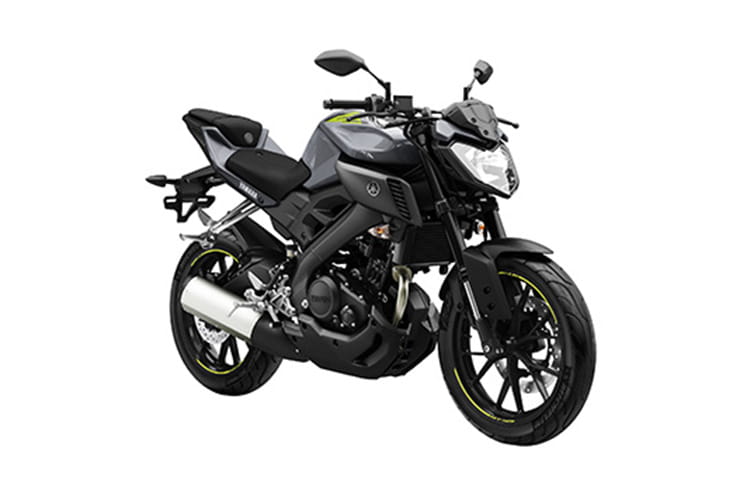 The MT-125 has never been updated in terms of its chassis or motor, however ABS was added in 2015 as an optional model (it was called the MT-125 A) that was quickly made standard when Euro4 regulations kicked in. Nowadays you can only buy an ABS-equipped model. In 2016 Yamaha introduced its funky Night Fluo colour scheme throughout the whole MT range, including the 125. 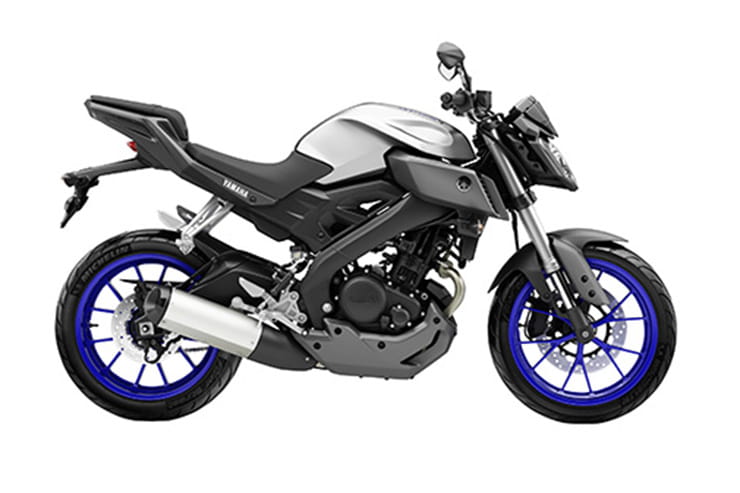 The MT-125 has been a popular model for Yamaha and as such there are plenty of used examples out there, something that helps keep their prices relatively low. You can pick up an early MT for in the region of £2,000 if you don’t mind seeing a mileage approaching 20,000-miles as well as a few scuffs, however you are probably better off saving up closer to £2,500 and getting a nicer example. A lot of MTs are sold in private sales, however as margins are so tight it isn’t that much more expensive to go to a dealer if you want a bit of reassurance. Expect to pay just under £2,500 in a private sale and just over from a dealer for a 2014 model. A brand new MT-125 is £4349 from Yamaha, however it is quite easy to get a low mileage ex-demo or pre-registered bike for in the region of £3,500, which makes it very tempting to buy new (there are 0% finance deals available) rather than used. A set of tyres, chain and sprockets, service, depreciation etc quite quickly makes a big dent in the £1,000 price difference between new and used. 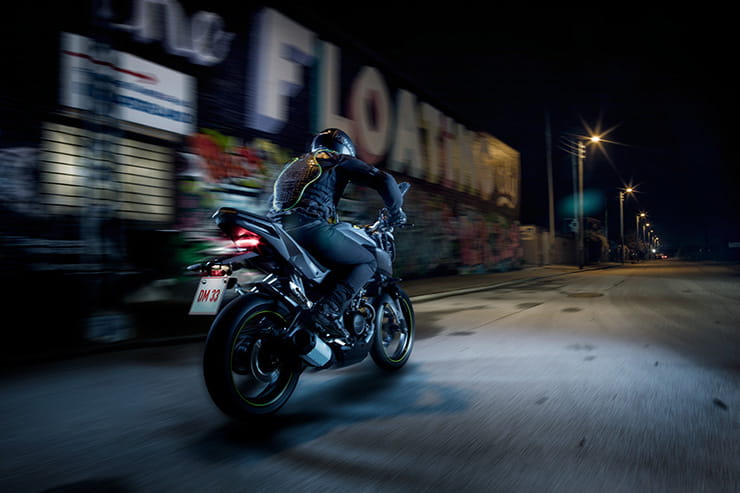 Sadly, MT-125 dedicated forums are few and far between, which is more a reflection on how people view 125s than the actual bike itself. There are generic Yamaha groups that have MT-125 sections, but the main MT-125 hangout is the MT-125 Owners’ Club at www.yamahamt125.club, but it isn’t very active and seems to have limited members.