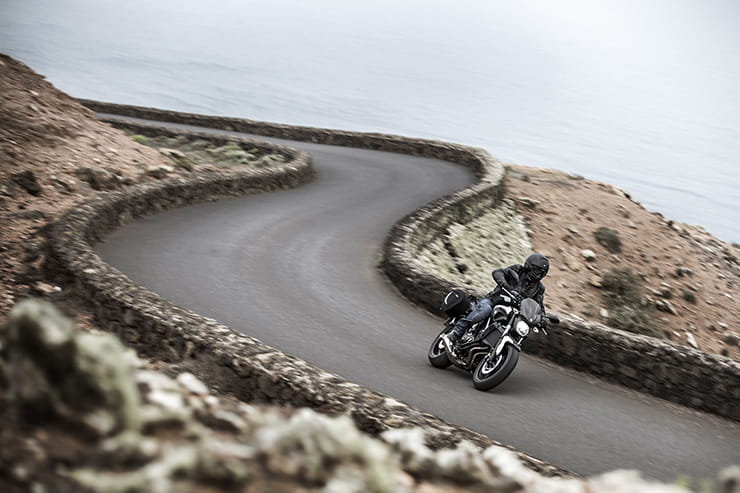 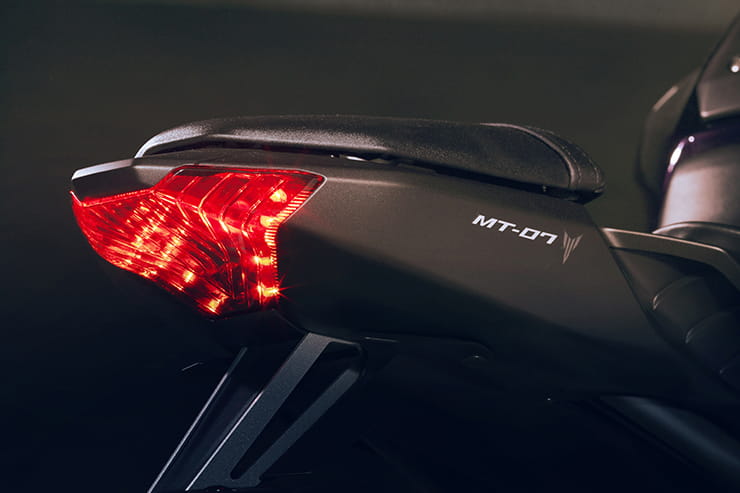 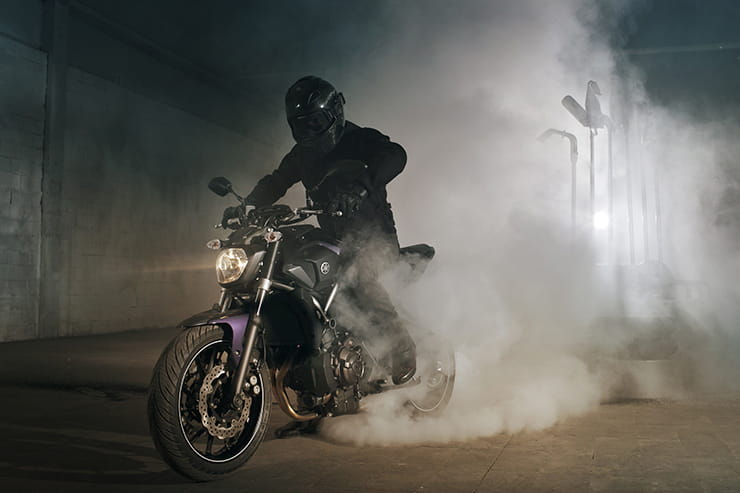 Yamaha’s MT-07 has been a resounding smash-hit, so much so in fact that it is not only one of Europe’s best selling bikes, it is also Yamaha’s best selling motorcycle and has cleared 80,000 units so far in its five year life. Considering that when it was launched in 2014 everyone assumed it was just some run-of-the-mill parallel twin commuter, that’s an outstanding achievement. But of course the fact of the matter is that the MT-07 is far from run-of-the-mill…

A ground-up new bike for 2014, the MT-07 represents some very clever thinking by Yamaha’s R&D department. After the hit of the financial crisis, the firm needed a middleweight big seller and building on the MT family, which had been reinvented and injecting with a ‘Dark Side of Japan’ edge a year earlier through the new MT-09, the MT-07 was born. And what a result.

Powered by a simply fantastic 689cc parallel twin motor with a 270-degree crank for added character, the MT-07 quickly surpassed all expectations. One of those bikes that just feels so right to ride, it is impossible not to fall in love with this brilliant middleweight machine. And it is all down to that motor.

Yamaha’s new CP2 (crossplane twin) manages to deliver a beautifully balanced blend of power and torque that makes the MT-07 incredibly easy to ride at low speed while also adding a pleasing zap of power when you feed it some gas. As a new rider machine it is ideal with a smooth throttle response, light clutch action, good gearbox and bags of torque. But it is the transformation when you light the blue touch paper that sets the MT aside from other rival parallel twins.

Let that CP2 motor off its leash and it is absolutely hysterical. More than fast enough for rapid road riding, it is also one of the best wheelie bikes on the planet and rammed full of spirit and character. It is this outstanding motor that makes the bike as, let’s be honest, the chassis is left a bit lacking…

The MT has been designed with new riders in mind and as a result its suspension is set very much on the side of comfort. Up the pace and it wallows and wobbles its way around bends, which is a bit disappointing if you are a more experienced rider who wants to give it some beans. There again, if you just want to cruise it is nice and cushioning and relaxed, so you can’t moan too much.

There are so many reasons to buy an MT-07 and very few why not to. As well as looking oddly cool, the MT is a riot to ride, cheap and reasonably well built considering its budget price tag. Now nearing five years old, prices are a bit steep for this outstanding middleweight, but that shouldn’t detract from its appeal too much. A simply great used buy. 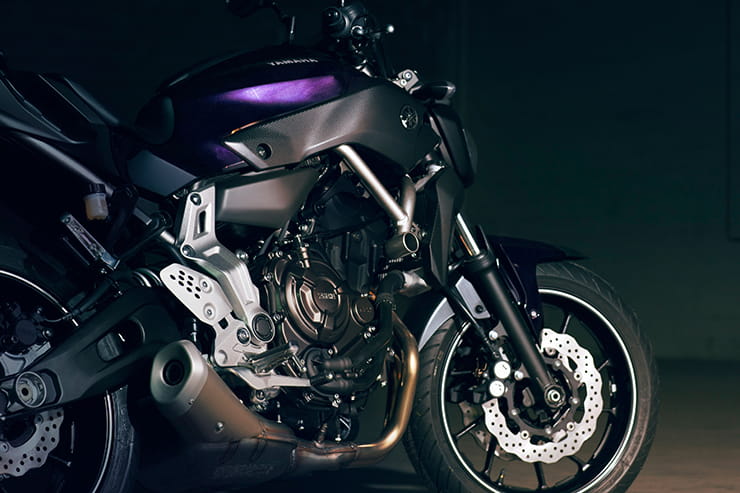 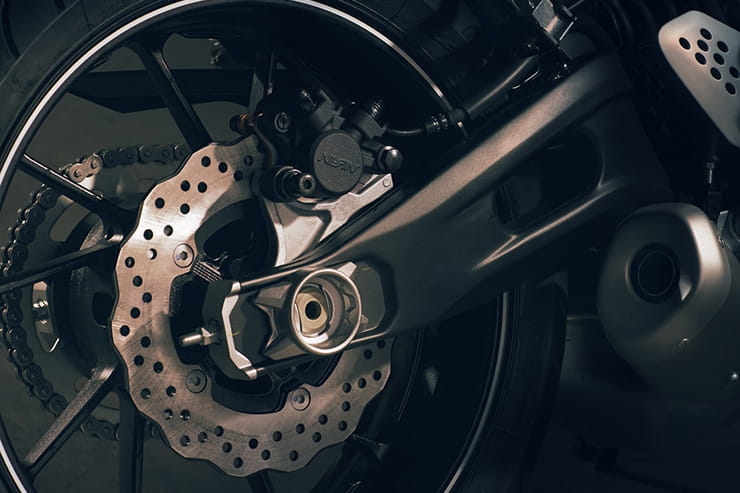 There have been a few variations of MT-07, so bear in mind what you want. The stock MT-07 arrived in 2014 with ABS as a £400 optional extra, so check the spec of the bike you are buying if you want this feature. In 2015 the MT-07 Moto Cage gave a stunt bike look to the stock MT-07 that included crash bars, lurid paint and a few other extras. It’s an acquired taste, but kind of cool. The XSR700 was launched in 2016 and is a retro MT-07 while the Tracer 700 arrived the same year to give it a touring focus with a half-fairing and other range-extending updates.

When buying a used MT-07 the major worry is finish. There are a few areas that seem to suffer so inspect any exposed metal (fasteners, nuts and bolts etc) and also the welding on the frame as rust can start to make its presence known. If a bike looks tatty then avoid it as once corrosion sets in it is very hard to reverse its effects. OE chains and sprockets also seem to take a battering from rust, hinting at a poor quality from the factory so assume these will need changing.

Finish aside and your only real worry is the MT’s suspension, which is budget to say the least. The forks have no adjustment while the shock gets preload only, however both are as soft as marshmallows and very quickly lose their damping. Inspect the forks for signs of popped seals (fairly common) and the shock for its damping to have thrown in the towel. A new aftermarket shock will cost about £300 for a reasonable budget item and is worth every single penny while a fork refresh will set you back around £150 and again is well worth the investment.

Finally, as the MT can be restricted down to A2-legal ensure the bike is full power, check for crash damage and always perform an HPI check to see if it has been stolen/recovered, written-off or has any outstanding finance on it as PCP plans were very popular. 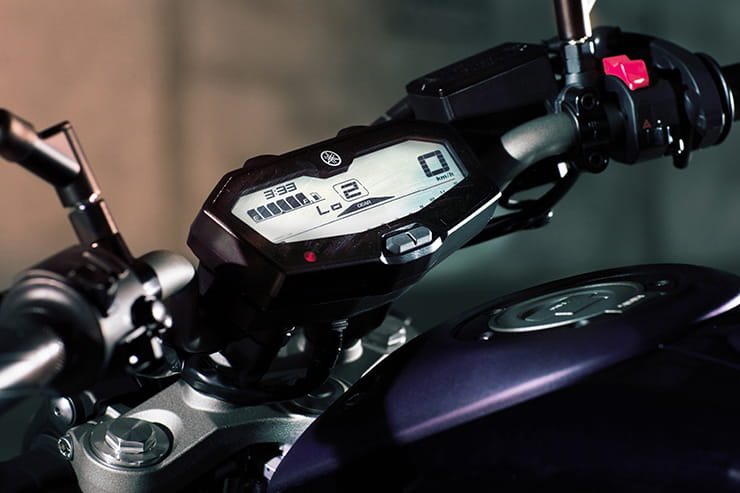 The MT-07 was updated in 2018 with improved suspension that added more support in an effort to reduce the spongy ride while the shock also gained rebound adjustment. The seat was altered slightly to improve comfort levels, the styling tweaked to freshen up its look and the lights revised. The motor was left unchanged in the update. 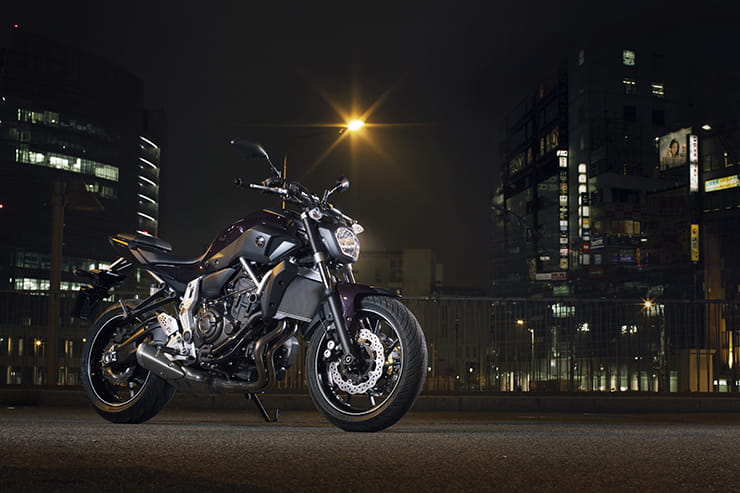 The MT-07 was a huge seller for Yamaha and as a result the used market is fairly flooded with them. However where with some models this makes their prices drop, dealers don’t struggle to shift MTs and so they retain their value. Always inspect the bike and buy on condition as you often find tatty bikes advertised for the same amount as far tidier ones. 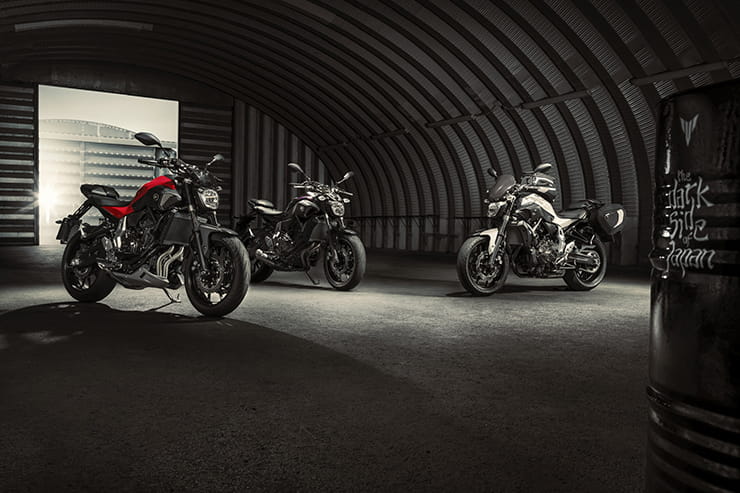 For a little more guidance from those in the know, why not visit the FZ-07 Owners Forum. It may be American (hence the FZ and not MT title), but it is full of passionate owners: