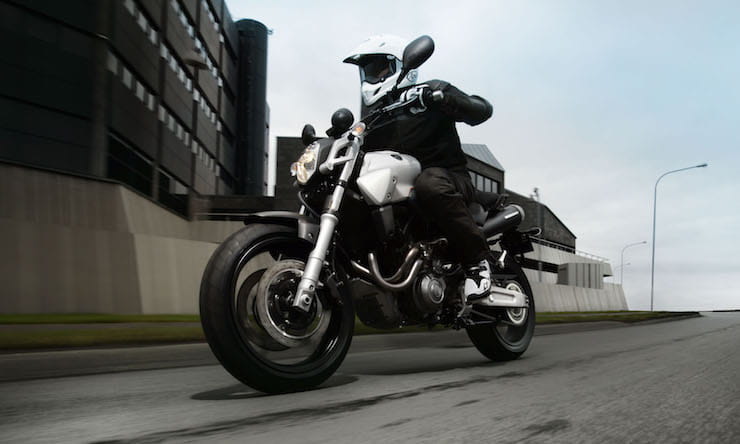 When you look at Yamaha’s current MT range, it is a remarkable success story, catapulting Yamaha from the relative doldrums to Europe’s best selling manufacturer in under four years. But it wasn’t always this way, in fact, the very first MT series bikes were relative flops.

In 2003 Yamaha showed off a concept bike, based around the XT660’s single cylinder motor, as an option to its other MT concept, the large capacity MT-01. Reaction at the time seemed positive and so when the MT-01 was released in 2005, a year later Yamaha followed it up with the MT-03. Which is when it all started to go wrong…

We all know the MT-01 was simply too big, heavy and underpowered to capture the public’s imagination, but the MT-03 was a totally different prospect. Like its concept bike, the production MT came with an XT660 engine and this gave it a thumping 45bhp with 41ftlb of torque. While this may not have sounded that impressive on paper, the bike’s light weight saw it tip the scales at just 175kg while its modern styling was also very cool. Under seat pipes, aggressive naked looks, the MT had it all. But, more importantly, it was an absolute scream to ride.

In an era when single cylinder engines were generally found in off-road or supermoto style bikes with long travel suspension, the MT-03 stood out. With its 17-inch road wheels, sporty suspension and dedicated frame, it was a proper little pocket rocket and soon proved absolutely hysterical to take down a twisty mountain road. Or even through traffic, which was dispatched with consummate ease. Reviews raved about Yamaha’s little thumper, but unlike the modern MT range, buyers simply weren’t convinced and the MT struggled to sell. Then the financial crisis the hit and in 2011 Yamaha withdrew its MT-03 while it worked on reviving the brand through a whole new generation of models.

Nowadays the MT-03, which isn’t to be confused with the new small capacity (321cc twin) MT-03 model, is a great used buy. Small, light and agile, it can be found very cheaply as it is still overlooked by all but the most canny of buyers. It’s funky, reliable and great fun to ride and while it isn’t as sexy as the MT-07, it’s a really charming little bike that punches well above its weight and can be yours for a bargain basement price of under £2000! That’s cracking value.

The XT660 engine is a thoroughly tried and tested unit and has very few mechanical issues. It can sip oil, and owners often forget to keep on top of its levels, so when buying always check for any rumbles that suggest oil starvation damage. The single’s power delivery characteristics can go through chains, sprockets and cush drives, so check these, and also watch out for a poor starter. Owners report the MT can develop starting issues in the damp, mainly caused by water ingress into the bike’s electrics. The Fazer forks are quite budget items and so is the horizontal monoshock so look for any leaks or lack of damping in higher mileage bikes. The exposed nature of the shock means it is prone to corrosion so look for any pitting on the rod, you can’t rebuild the shock so you will need to buy a new unit if it is duff. The MT-03’s finish isn’t great so watch for rusty pipes, pitted forks and the paint flaking off the engine and also be wary of modified bikes. A lot of MT owners swap the bars for Renthal aftermarket items and fit brush guards, which can cause interference issues with the tank. Also be wary if a bike has items such as heated grips fitted as they can play havoc with the electrical systems and cause even more gremlins to move in!

The MT-03 wasn’t popular enough to warrant an update and Yamaha kept it unchanged except for paint options throughout its entire model life. A few models were sold with official Yamaha MT-03 extras already fitted in an effort to shift old stock, but these were simply dealer-added extras. 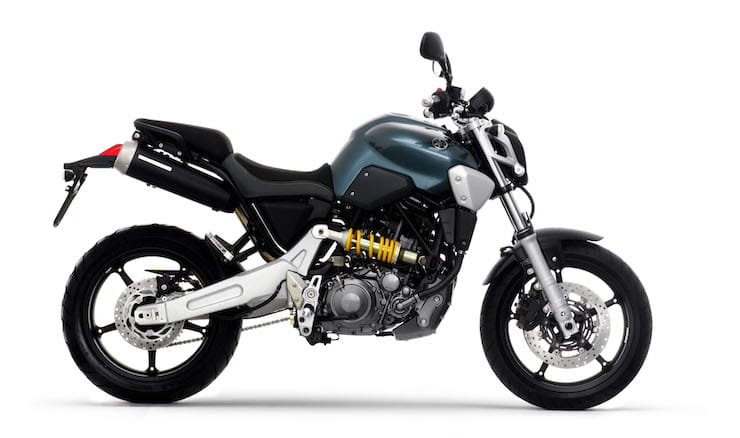 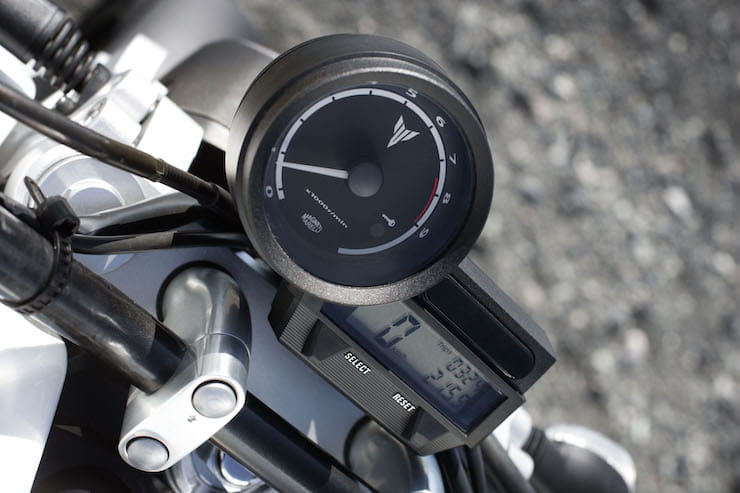