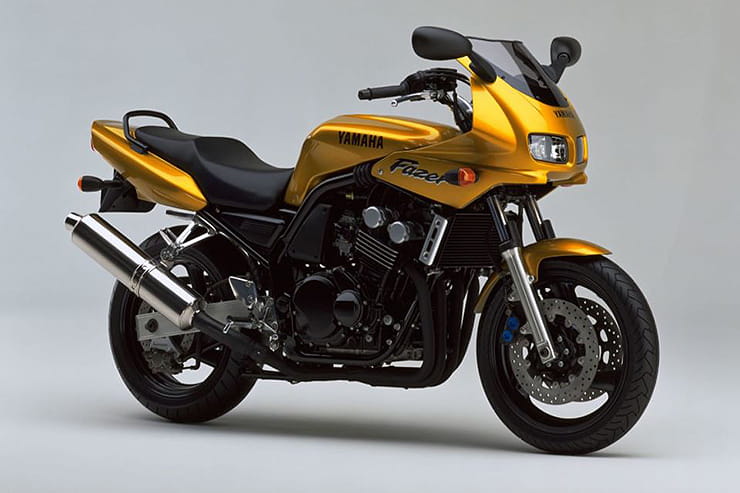 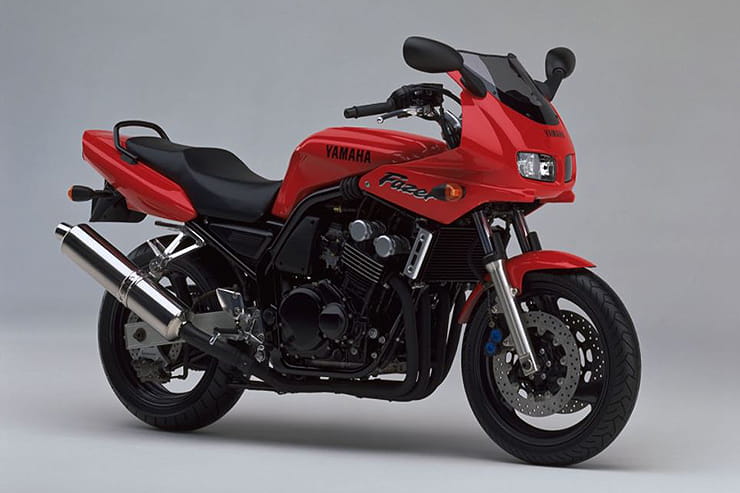 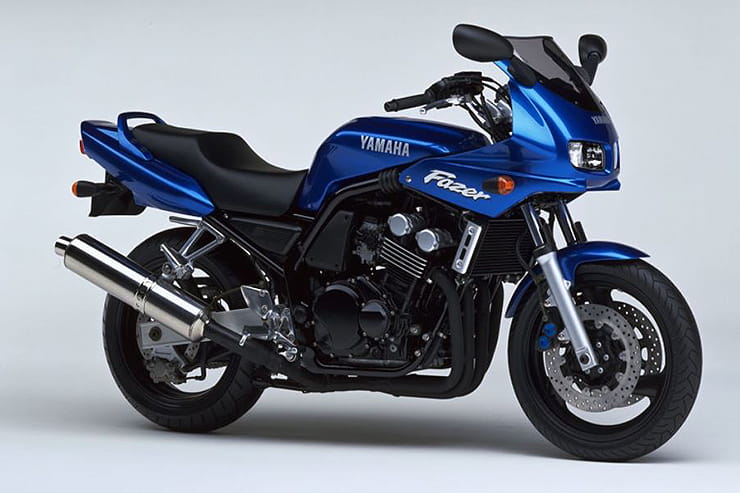 If you are after a cheap bike to see off an all-year-round commute, look no further than Yamaha’s excellent tried and tested FZS600 Fazer. This wonderful middleweight makes for a brilliant commuter that can be loaded up with luggage and aimed at a congested city or even a mundane motorway slog. Cheap to buy, insure and run, the FZS600 Fazer may be a bit over-the-hill however it can still fulfil its purpose in life, helping ensure a newer and more expensive bike can be kept for the days when there isn’t salt on the roads or rain falling from the skies.

The FZS600 Fazer is an old bike now and that means dealers tend to stay away from all but the nicest examples. If you want a real beauty, you can find a few 2003 models in dealers for around the £2500 mark, however your best bet it to dip into the private adds or online auction sites. If the bike is a hound then you can get them for around £600 but it is a far better idea to buy one with a long MOT (check its MOT history online to see if there are any advisories that need correcting and ask the owner if they have been sorted), which means paying between £1000 and £1500 with bikes at the top end of this scale often coming with heated grips or a top box fitted. And a few scratches and rust patches...

The FZS’s inline four is from the Thundercat but has been re-tuned for life as a middleweight naked bike. An impressively smooth engine, there is enough power and torque to mean you aren’t continually chasing the revs and its mid-range is actually quite strong. Overtakes require a few downshifts if you need to make them quickly, which is to be expected on a 600cc bike, but the FZS will happily cruise at 70mph with no hint of a vibe. Get the revs up and it even responds surprisingly well, hinting at its supersport Thundercat heritage.

In terms of reliability, the FZS’s motor is about as solid as they come and although it does need its valve clearances checked at 24,000 miles, in all honesty on a used bike that costs less than £1500 most rider ignore this and just keep on riding it. The FZS is a bike that gets oil and filter changes done at home and that’s about it. The major thing to watch out for is the front sprocket nut, which can come undone and that has the potential for the sprocket to become detached from the output shaft and the chain and sprocket smash up the surrounding metal. There is an updated nut with a deeper thread but checked regularly and a bit of thread lock should be enough to keep it in place. As with any old bike, generators and reg/recs can fail and the FZS does like to have its carbs balanced every now and then and its plugs/HT leads changed but as it is so analogue there is little to worry about. The gearbox is pretty clunky as standard but again fairly solid however on pre-2002 bikes (rectangular headlights) the exhaust downpipes are steel and rot through where post-2002 bikes ('fox-eye' headlights) have stainless headers. 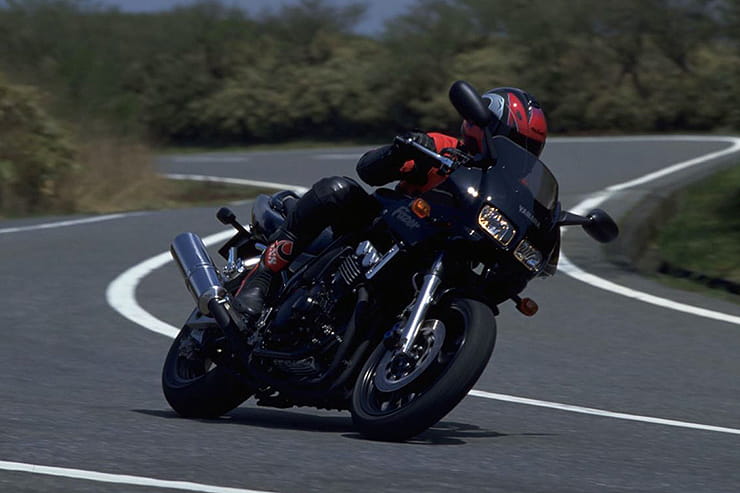 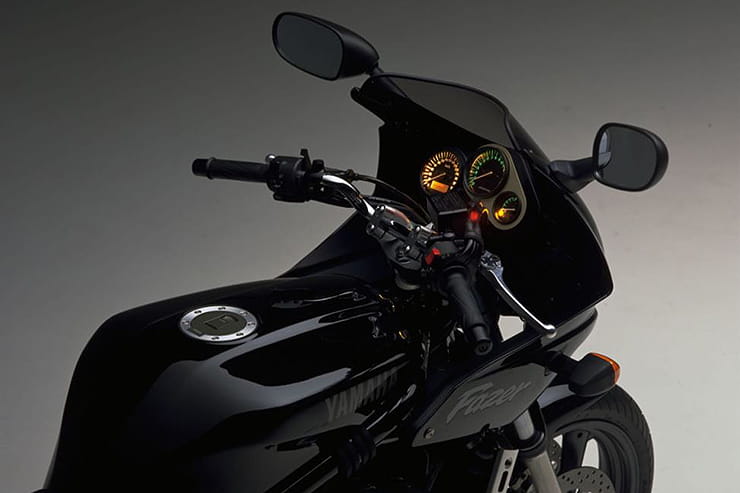 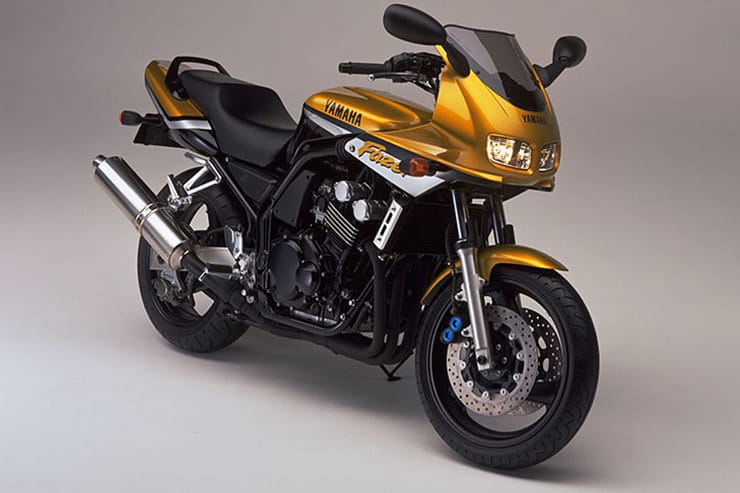 The FZS is a very frugal bike to run and can easily see high-50s mpg figures with mid to high-40s in general use. The original generation (1998-1999) has a smaller 18-litre tank while the 2000-2001 bike sees this increase to 20-litres and finally 22-litres after the 2002 update. Insurance is also very reasonable and spare parts easy to come by via online auction sites or pattern suppliers, meaning you don’t always have to buy expensive bits new. If cheap transport is your thing, the FZS600 ticks every box.

Although you can ride a Fazer in a sporty fashion, in truth it is a commuter and as such its suspension is set decidedly soft. You do get preload to adjust at both the front and back (on post-2000 bikes, the original generation lacks this feature on its forks) but that isn’t going to do much about the situation. When buying used always check the shock for leaks and damping as it can be quite costly to replace where new forks seals are less than £100 fitted. That said, always ensure the forks aren’t bent and their chrome isn’t badly pitted as that can stop the seals doing their job, leading to a leaky front end. Thanks to a low seat height and fairly light weight he Fazer is easy to manoeuvre at slow speed, making it ideal for newer riders. Due to age the steel chassis may well be staring to show signs of rust (look at the lower frame rails) and so could the swingarm (check where the chain adjusters are) and also be wary of seized suspension linkages. A bit of rust isn’t a huge drama but seized linkages can be a nightmare to free up and rusted exhaust studs are even worse news if you need to replace the headers.

See those blue spot brakes? They are the same calipers (which are technically a monoblock) as used on Yamaha’s R1! So it is fair to say the FZS has some fairly good stoppers! By now any used bike’s rubber lines will be in need of replacement (braided lines cost about £65) but a set of new pads and fresh lines will give you all the stopping power you could ever require. Well, to be more accurate, all the stopping power before the soft forks hit the end of their stroke! 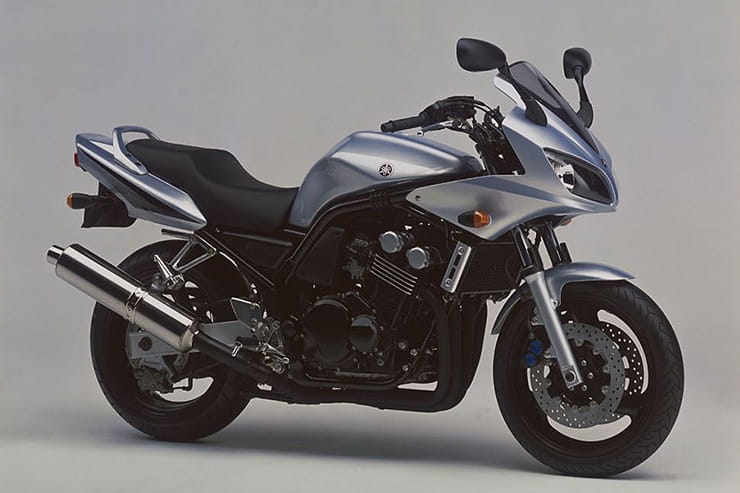 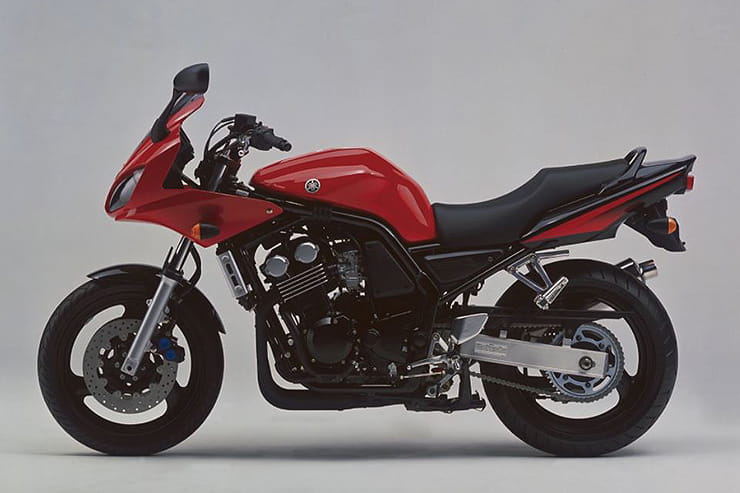 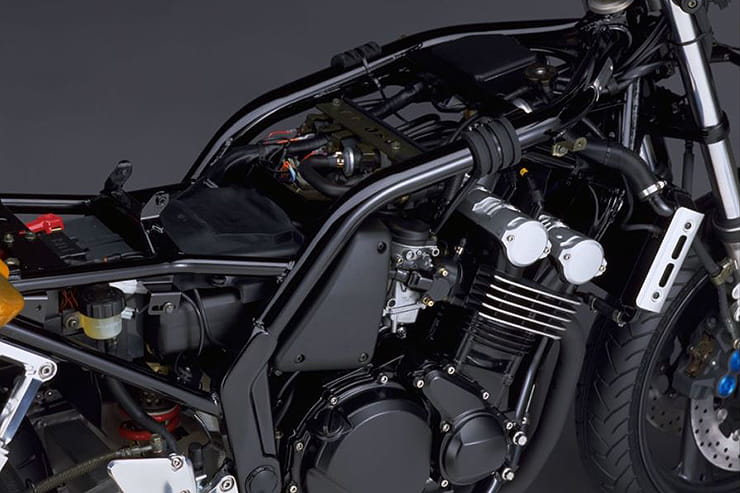 Yes, 100% you can take the Fazer on a tour. The seat is extremely well padded and the small half-fairing remarkably effective, although taller options are available. For long commutes or even weekends or weeks away, with a set of luggage fitted the FZS600 makes for an ideal travelling companion. Add a pillion and the motor and suspension can struggle a bit, so keep it solo.

There are no rider aids on the FZS – come on, what do you expect, it doesn’t even have fuel injection! In terms of accessories heated grips are popular as are crash bars, top boxes, radiator covers, panniers and autolube chain systems. A few owners fit full fairings or aftermarket exhausts after a crash has dented the OE unit and tall screens are quite common. About 80% of the bikes for sale are totally stock, which tells you all you need to know about just how right Yamaha got it with the FZS600 Fazer.

Over 20 years from when the FZS600 Fazer first hit the streets it still manages to achieve exactly what it was designed to do – provide cheap and reliable two-wheeled transport. If you are after a winter hack or just a bike to smash out a commute on, or are a new rider looking for a friendly bike with heaps of practicality and a very low price tag, buy an FZS600 Fazer. If only all things in life were as reliable as a Fazer...

Three things we love about the Fazer… 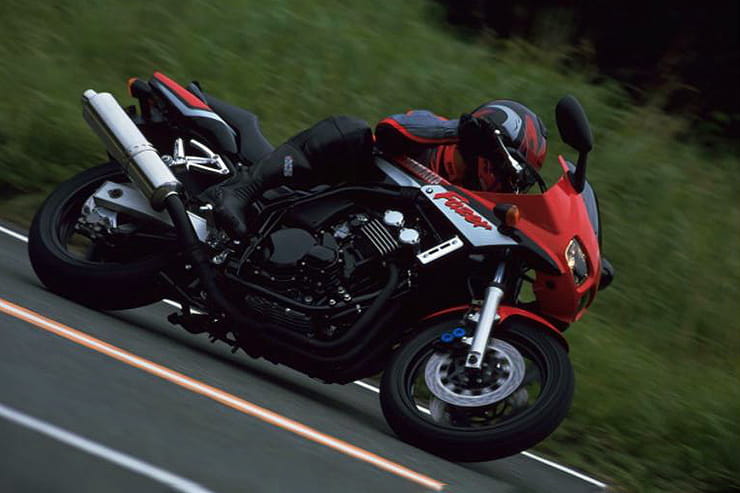 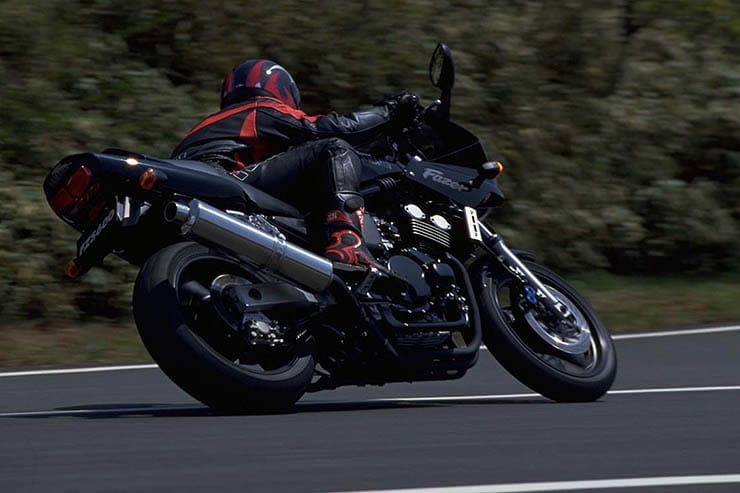