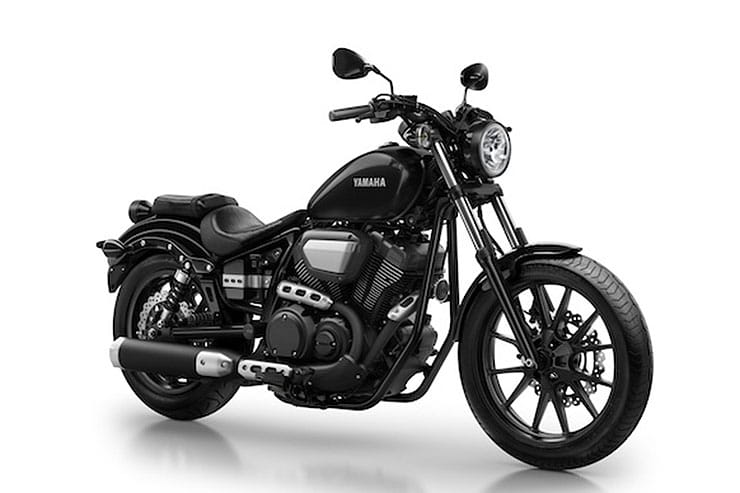 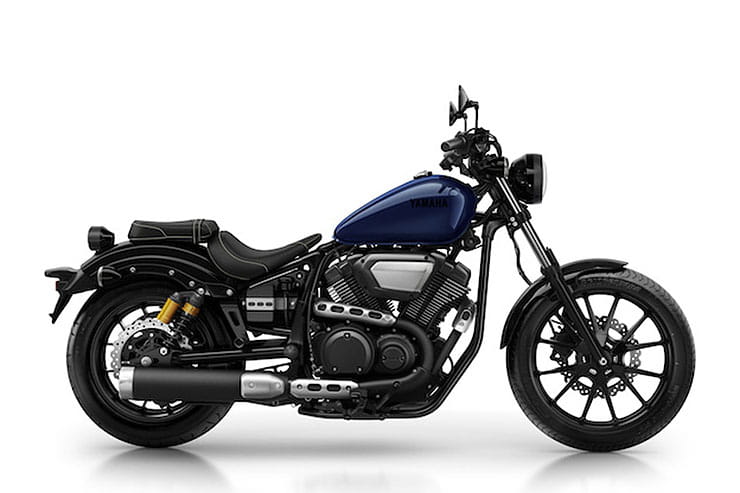 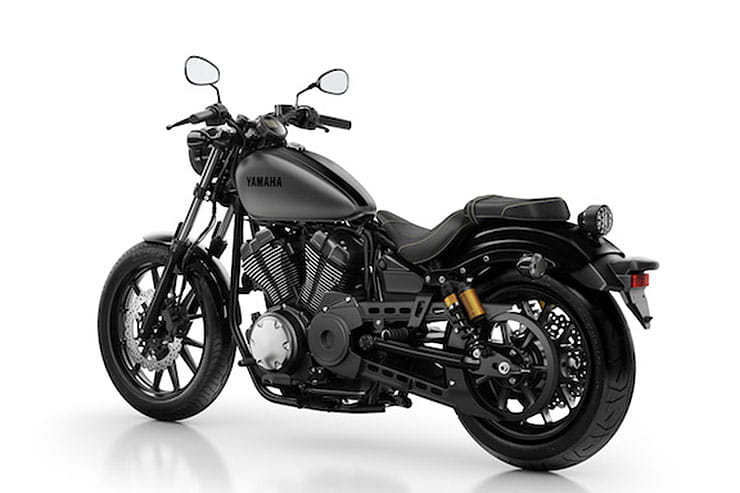 To many, cruisers are the domain of one manufacturer – Harley-Davidson. However, look aside from the obvious and there is a vibrant sub-culture of laid-back bikes from Japan. While some may instantly turn their noses up at the thought of a cruiser that isn’t from America, the fact of the matter is that quite often these bikes are actually not only cheaper, but also better performing than the bikes they replicate. Which is exactly the case with Yamaha’s XV950 and XV950R.

Introduced in 2013 before finally being killed off by Euro5 in 2021, the XV950 is a classic, air-cooled, V-twin cruiser in the ‘bobber’ style intended to be ripe for customisation via a raft of Yamaha’s own accessories.

An ‘R’ version was also offered, costing £300 more when new, intended to be a slightly sportier version and complete with ‘piggy back’ shocks, a different buckskin look seat cover, a stripe on the matt coloured tank and ABS.

Both, being fairly ‘cute’ and light compared to most cruisers, are straightforward, reasonable handlers and reassuringly reliable. And if they lack the cache of a Harley they make up for that with easy manners and a more affordable price.

When launched the XV950 was £7,195 with the ‘R’ version £300 more – prices which, while affordable, were not actually substantially less than the Harley’s then cheapest 883 Sportster so the XV950 has never been a huge seller.

However, that actually works in the Yamaha’s favour as a used buy. Without Harley’s legendary residuals, a good, low mileage used XV950 can be had for as little as £4750 and with proven reliability it’ll have plenty of life ahead of it with a style that never goes out of fashion. 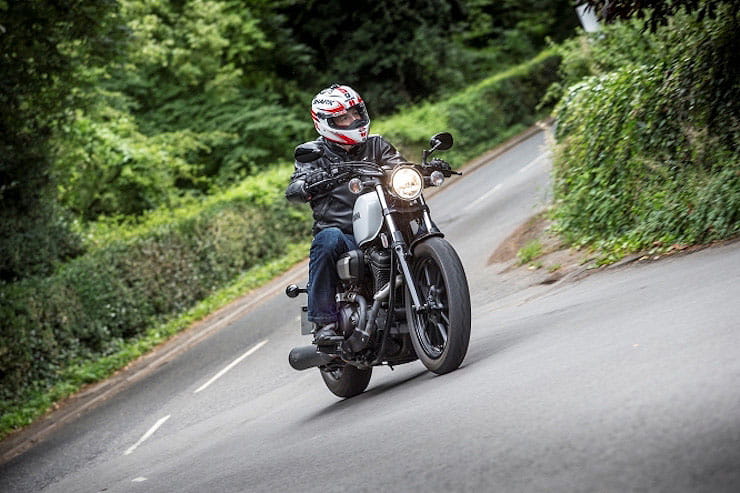 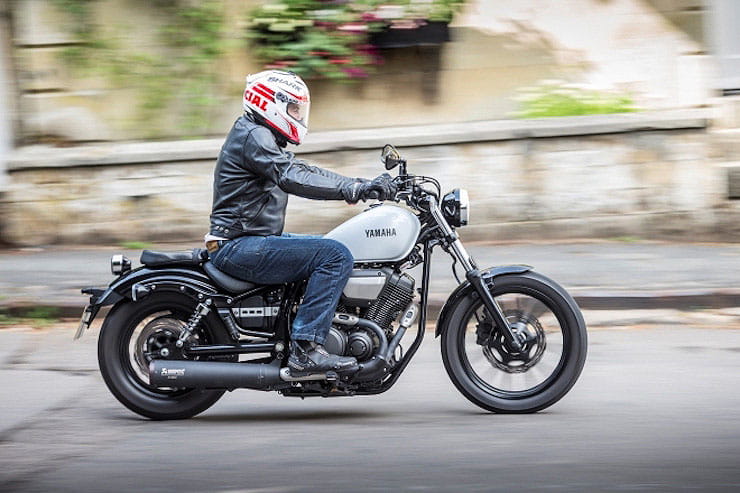 Both the standard XV950 and the ‘R’ version produce a claimed 51bhp with 58lb.ft of torque starting at 3,000rpm and its delivery is surprisingly entertaining, with a smooth throttle response and strong spread of torque.

Both the standard XV950 and the ‘R’ version can be limited to comply with A2 licence specifications.

Although the XV950 was a new model, it used the same engine as the preceding XVS950A Midnight Star which came out in 2009, although it was updated slightly with a revised top end and different ECU.

As such it’s a traditional, cruiser-style air-cooled V-twin, in this case being a 60-degree design with a single overhead cam. Four valves per cylinder help give better performance than most, it’s also impressively smooth. The gearbox is slightly clunky but, being a cruiser, this is normal and compensated for by an impressively light clutch, while the novel, Harley-style belt final drive means there’s little need for maintenance.

The two-into-one standard exhaust looks good and has a deep exhaust note but is necessarily fairly muted, although an Akrapovič replacement silencer is on the Yamaha accessory list, sounds far fruitier and is a common addition. 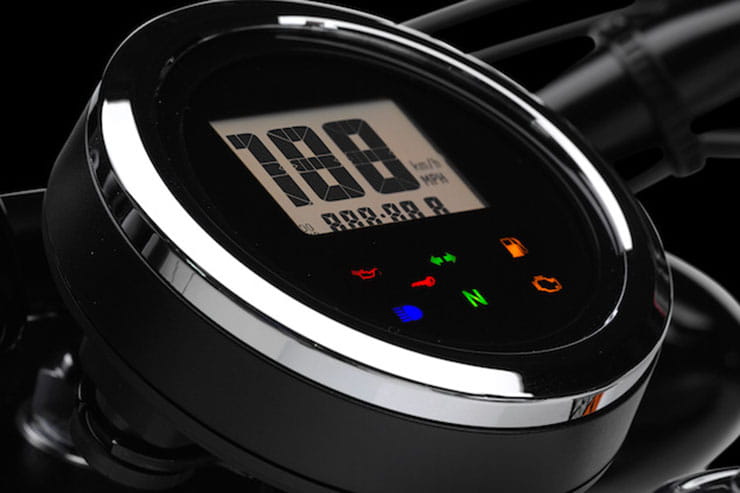 The XV950’s engine, though quite large, is only a twin and a fairly low-revving, not highly tuned one at that. In addition, being a cruiser, most owners are likely to ride fairly gently meaning that economy figures of 50-60mpg should be easily achievable. With just a 12-litre tank you aren’t likely to be taking the XV on a huge journey, however for 60-80 mile runs at sub-70mph speeds the tank should be good for around 110 miles.

Introduce a few bends into the equation and the XV950 is remarkably assured and clearly demonstrates its superiority over a Harley 883.  At 247kg the XV is relatively light for this style of machine. It’s also slim and its low seat height makes the XV easily for anyone to control.

The Yamaha’s suspension and geometry also make it surprisingly good in the bends. Once lent over (ignore the scraping sounds) the XV feels assured and well balanced through the corners and is certainly a better handling bike than an 883. You can chuck the XV from foot peg to foot peg through an S-bend and it will respond without going into a frenzy of wobbles as, despite the suspension being set soft, it still has a sporty edge.

However, being a bobber-based machine means a lean angle of nowhere-close-to-Mr-Marquez is required before you’re scraping the pegs and shearing away at those hero bolts. Be careful around those roundabouts. 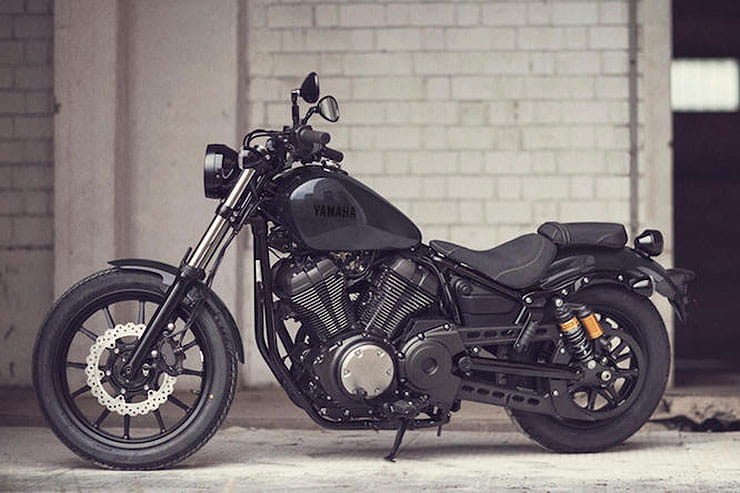 The XV950 has just a single front disc brake gripped by a twin piston caliper – hardly cutting edge stuff and, although adequate, it would benefit from extra stopping power. It’s also one of owners’ most common gripes.

When first launched there was no ABS on the standard model but it was fitted to the ‘R’ – although it did become standard later. The lack of ABS is noticeable but you know what, it kinda fits with what the XV950 is all about.

The low-seated riding position means your hip-to-knee runs parallel with the ground with a knee-bend angle of sub 90 degrees. This in turn means that your feet aren’t stretched out in front and the two-part saddle provides a suitable and comfortable position to reach to the bars and its thicker-than-usual grips.
The XV’s seat is fairly well padded and the vibrations from the motor non-intrusive. The ‘R’ model’s better shocks offer a very slightly plusher ride, too.

But although comfortable for an hour or so neither is a touring or distance machine. The short-travel shocks begin to jar your back and unless you have a screen. or ride at just 60mph, motorway riding becomes tiring as the wind hitting you in the chest makes it hard work above 60.

Yamaha designed the XV as part of its ‘Sports Heritage’ range, which concentrates on the traditional values of motorcycling but allows for customisation. As such, although the XV’s spec if fairly basic, it’s also been designed to be a blank canvas for customisation using Yamaha (or otherwise) accessories.

What’s more, although a pared-down cruiser in a heritage style, the XV does have some modern touches. There are no electronic rider aids but there are up-to-date LED lights and LCD clocks.

The ignition key is in a traditional for a bobber below-the-fuel tank location and the instrumentation is kept deliberately simple albeit the digital, circular speedo in front of the tank seems out of place on the retro-feel bike.

Yamaha accessories include a variety of cosmetic bolt-ons plus an Akrapovič can and mini fairing. 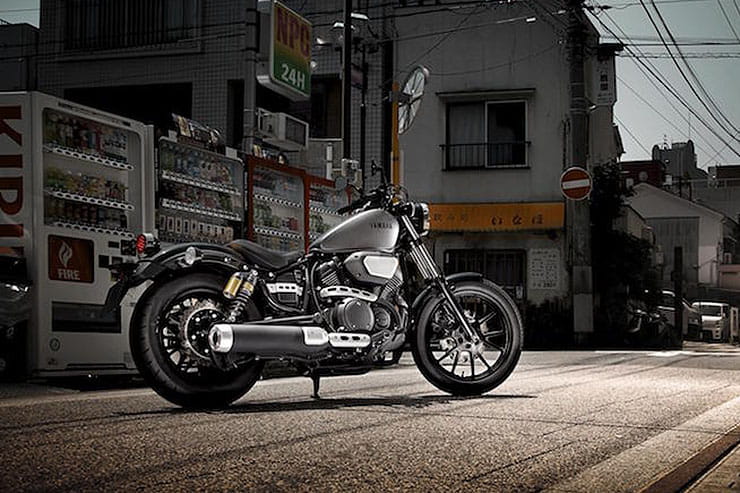 The XV950 is an easy-cruiser which is attractively priced, has a unique look, offers a smooth and simple ride, has solid reliability and is an ideal template which can be customised, or 'chopped', as much or as little as you like.

In many ways it’s a better bike than the Harley 883 but most riders who want a Harley want a Harley because it is a Harley and won’t be tempted by a Yamaha. But if you can look beyond that, riders who want a cool looking bobber that performs remarkably well and is very entertaining to ride should consider the XV. It’s good looking, simple yet sporty, offers plenty of customisability and is proven and well-priced.

Three things we love about the XV950…