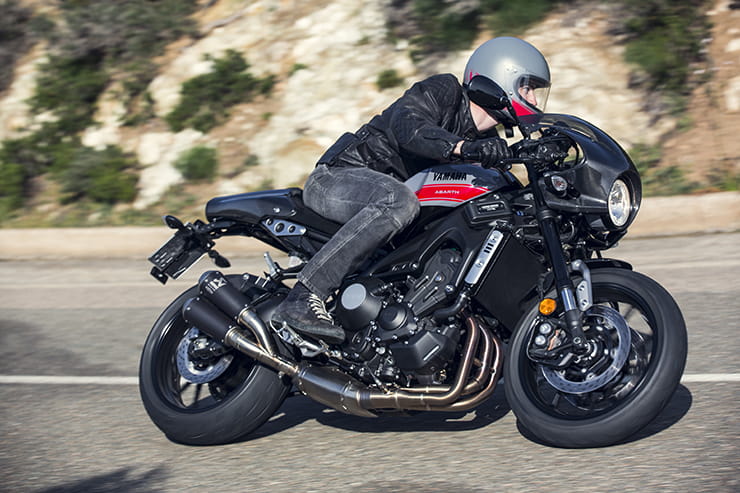 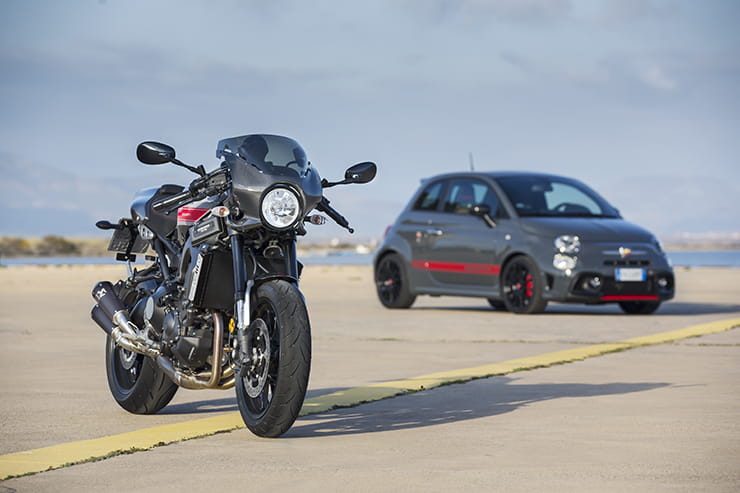 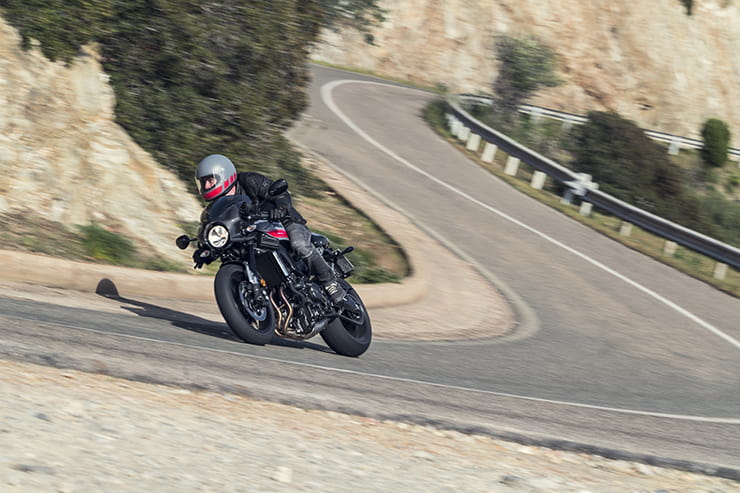 In 2017 the two-wheeled world was going hipster-crazy, so much so an increasing number of manufacturers decided that what they really needed was a ‘garage built’ café racer in their range. However, Yamaha decided that building just another café racer wouldn’t cut it, what they wanted was an exclusive one that (if you glossed over the fact most of the parts used to build it were existing official Yamaha accessories...) would add a bit of prestige. The result was, thanks to a link via the MotoGP team, the XSR900 Abarth, a limited-edition café racer that carried the famous Italian performance brand’s logo. Limited to just 695 units worldwide and launched alongside a similarly branded Fiat 500 Abarth car, the XSR900 Abarth looked the part but, sadly for Yamaha, it rode like most home-brewed café racers and was cripplingly uncomfortable and therefore worse than the bike it was based upon. If you have strong wrists, it’s a very cool limited-edition model – but in all honestly, if you want to ride it rather than just look at it, buy the standard XSR900 instead.

The Abarth cost £1700 more than the stock XSR900 at £9999, which alongside poor reviews was enough to see sales very slow indeed. Yamaha were intending on bringing in 100 units to the UK, quite if they did or not is a mystery but what is for sure is that very few sold at RRP. Nowadays you can pick one up for in the region of £8000 in a dealership or around £7500 in a private sale, which isn’t bad when you consider a stock XSR900 of the same year is £7000. And the great news for Abarth fans is that the mileage on the replicas is always way, way lower than on the stock XSR, for obvious reasons...

Aside from the road legal Akrapovič system, the motor on the Abarth is unchanged to the stock bike’s CP3 and that’s no bad thing at all. A really wonderful engine with 115bhp and 64.6 lb-ft of torque it is light, quick-revving, and bags of fun to ride. There are three power modes should the slightly abrupt throttle response in full power not be to your liking but overall, it’s a great engine that is enormously entertaining and thrilling while also pleasingly docile in town.

Again, as the engine is identical to the XSR900 (and MT-09) there is nothing to fear and as most Abarth reps have covered less than 5000 miles you aren’t in danger of encountering the big 24,000-mile valve clearance service bill. Service intervals are every 6000 miles (or annually) and at £150 or £250 for a slightly more in-depth service, the Abarth is a cheap bike to run and very reliable. There is a slip and assist clutch as standard, which gives a lovely light lever action, and the gearbox is excellent. Part of the Abarth look includes a truly beautiful full (the MT’s exhaust is a single piece unit) Akrapovič exhaust system that is made from stainless steel and titanium and includes a laser etched XSR900 logo. Fully road legal and with a catalytic converter in the pipe, it adds a slightly deeper growl to the exhaust note but isn’t offensive and doesn’t enhance the power curve at all. It’s all about the styling, which is something that can be said for the rest of the bike’s bolt-ons. 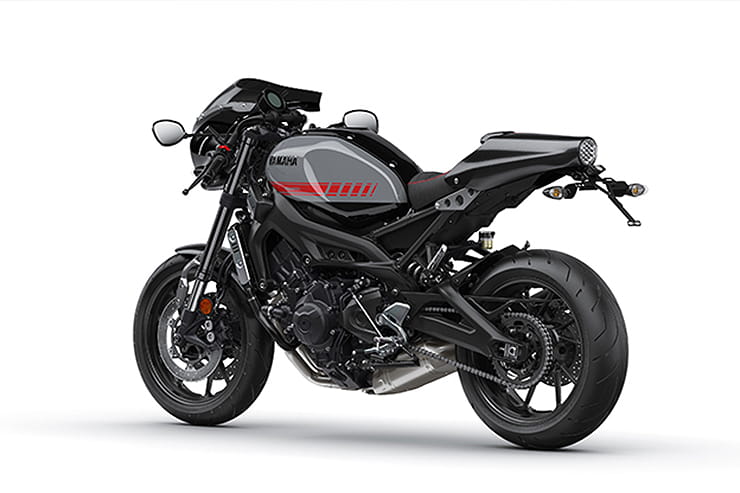 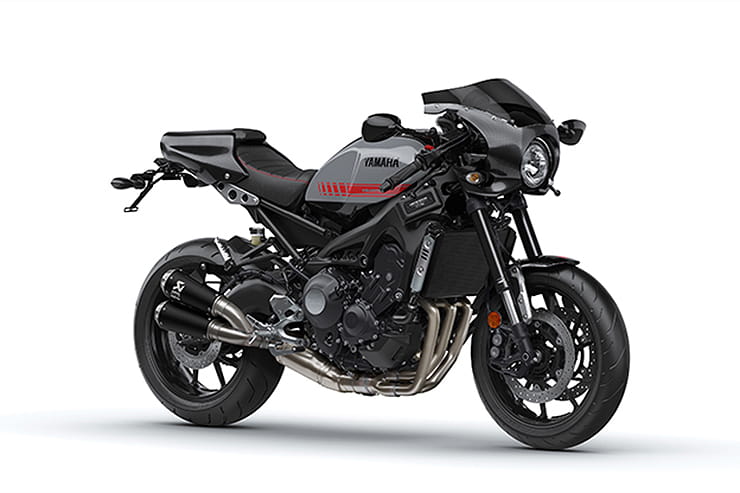 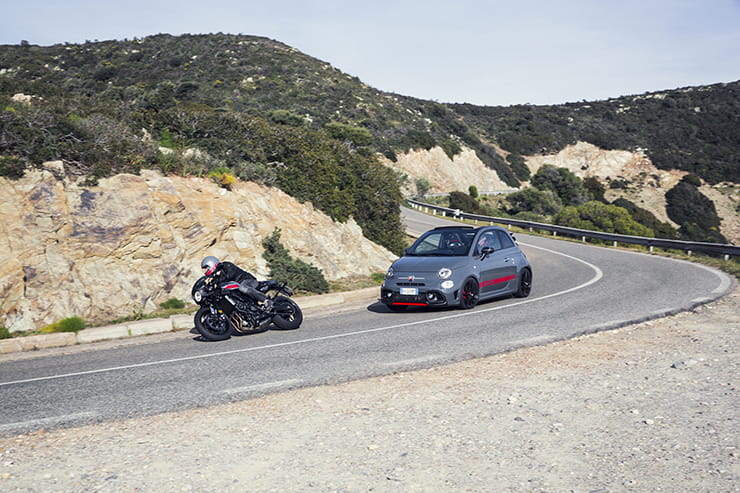 There are reports from XSR owners of mpg figures ranging from 50mpg to the high 30s, so you can reasonably expect to average roughly 43mpg during general riding. The Abarth’s small nose fairing may help it be slightly more aerodynamic and therefore economical than the naked stock bike, but it is very marginal gains at best.

The XSR900 is a really good handling bike and although it has a bit of the typical MT-09 pitching sensation, it is easy to forgive as it is so much fun to ride. The Abarth, however, is a slightly different story... With its swallowtail clip-on bars putting more weight over the front wheel, the Abarth feels almost too eager to turn and is on the verge of getting twitchy on a bumpy road. As the seat is still the same 830mm height as the stock XSR but the bars are so much lower, you are forced into a weird stretched out riding position and this makes the bike feel unsettled and tall, which isn’t pleasant at all. And that’s before the pain in your wrists start to dull the feedback you are getting from the front end (which had fairly poor Bridgestone S20 tyres fitted as standard). Overall, it’s a good handling bike, or it was until they fitted clip-ons anyway and it is now worse for it...

The Abarth runs the same Yamaha’s ‘silver spot’ radial brake calipers as the XSR, which are (technically) a monoblock design and come with ABS as standard. A decent set-up, all they need to gain a bit more performance is a set of braided lines and some better brake pads, which is a cheap and easy fix. 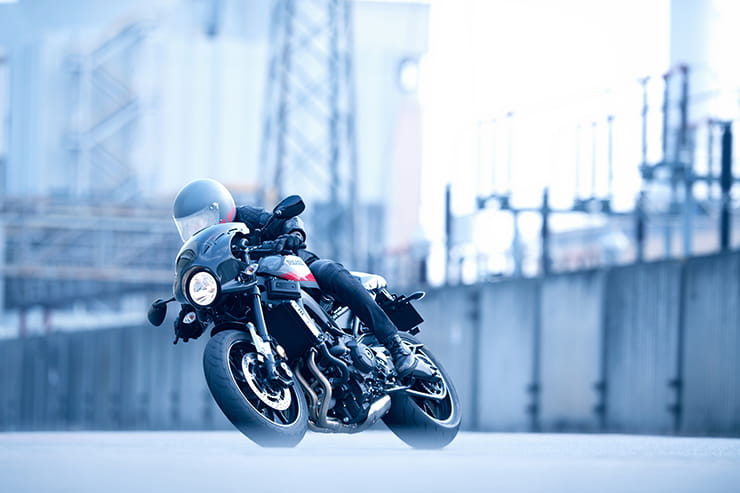 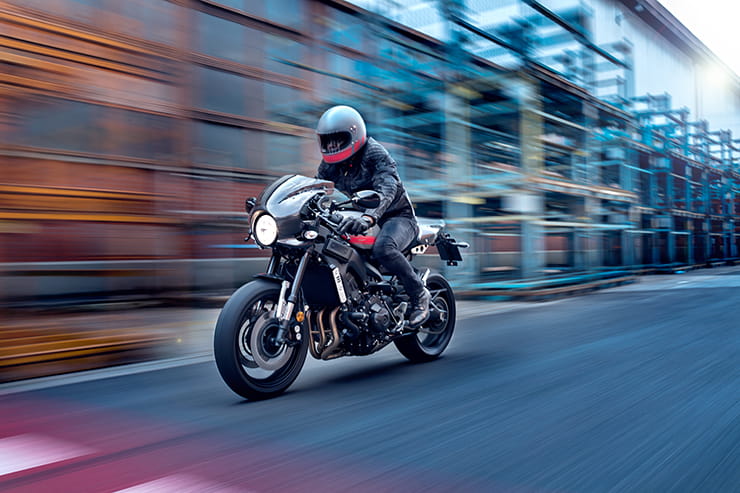 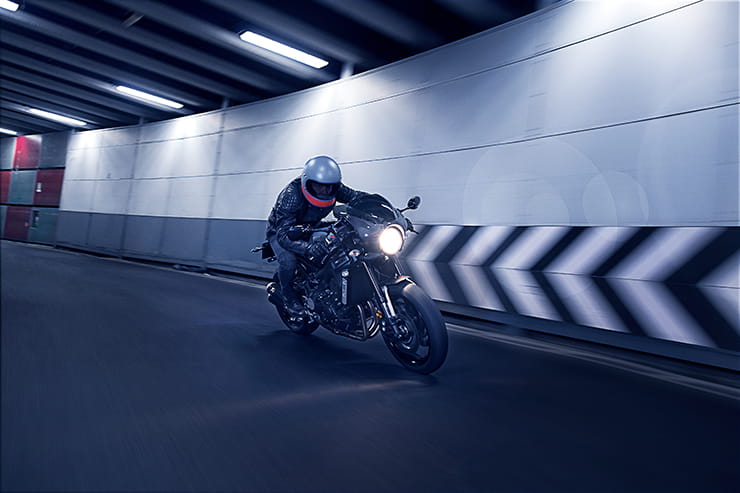 Dear God, no! No one in their right sense of mind would take an Abarth touring, it is miserable after just 50 miles so it is hard to imagine the pain and discomfort after a whole day in the saddle. The swallowtail bars are hideously low, the screen pretty much ineffective and suede seat traps water, giving you a wet bum until it has completely dried. Avoid anything other than short hops on a smooth road!

The Abarth comes with ABS as standard, which is more than good enough for road use, as well as three-level traction control (high, low and off) and Yamaha’s D-mode power mode selection system, which alters the throttle’s response to one of three modes. In terms of accessories, Yamaha tried to push more than 40 accessories for the Abarth including rear sets (as if the bike weren’t uncomfortable enough already...), Öhlins suspension, bar-end mirrors and much more. Unlike the XSR, very few Abarth bikes are altered and aside from crash protection, most stay as Yamaha intended as even the number plate hanger is quite neatly designed. When buying used just check the wonderful carbon seat cover is intact, they can crack around the lugs if over-tightened and are expensive to replace.

The Abarth is a bike that seems like a good idea on paper and undeniably looks the part, however the ride ruins the whole experience and is probably why it was only sold for a single year. Back in the day 40 were sold on pre-order and those riders must have had quite an unpleasant shock when they first rode the actual machine. Uncompromising, uncomfortable, and not much fun it is everything the XSR900 isn’t and that’s why unless you really love Abarths and hate your writs, the stock XSR is a far better buy. Unless you get an Abarth and put flat bars on it, which would probably interfere with the small nose cowl so isn’t a great idea...

Three things we love about the XSR900 Abarth… 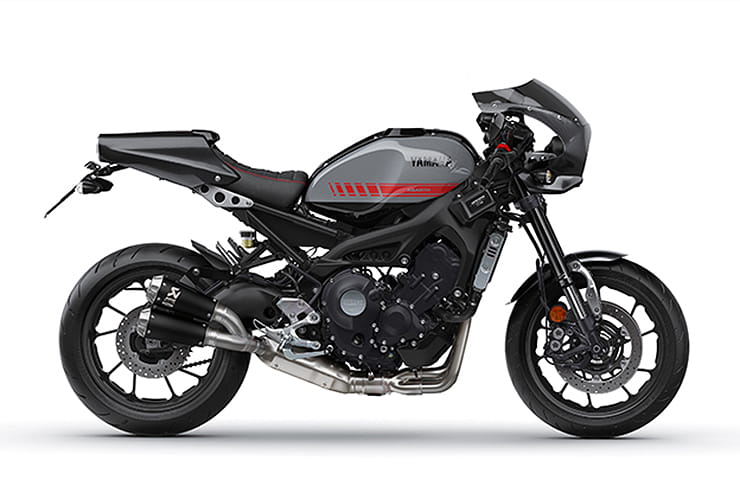 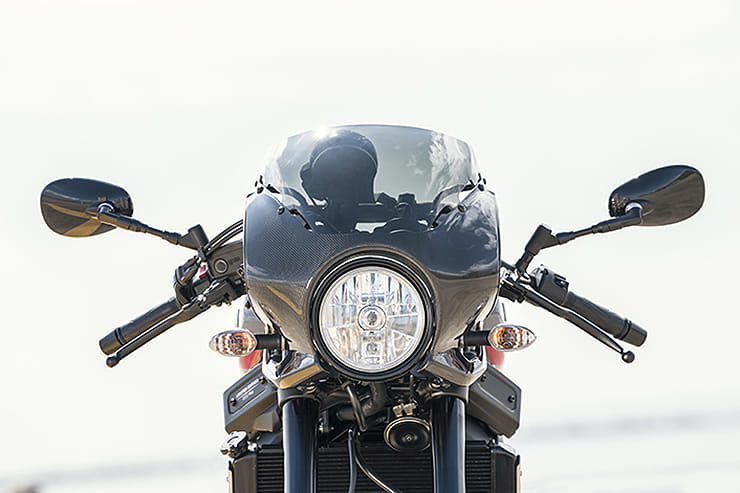 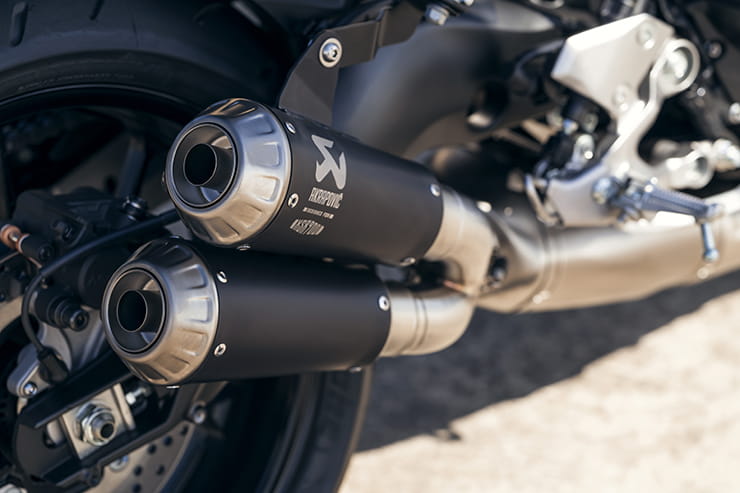