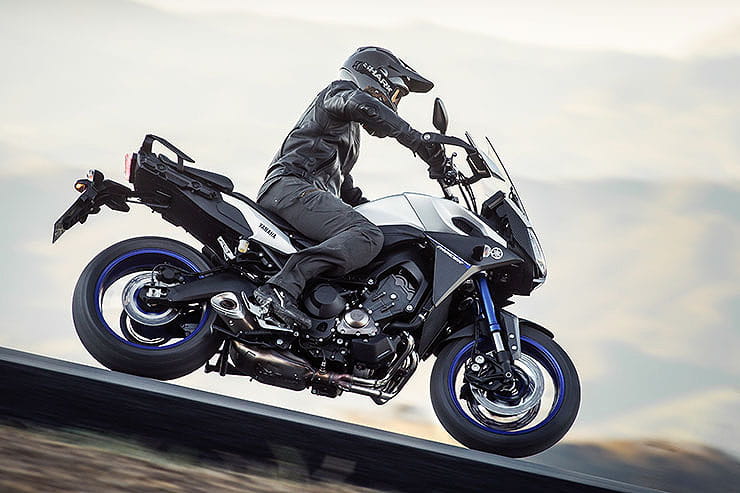 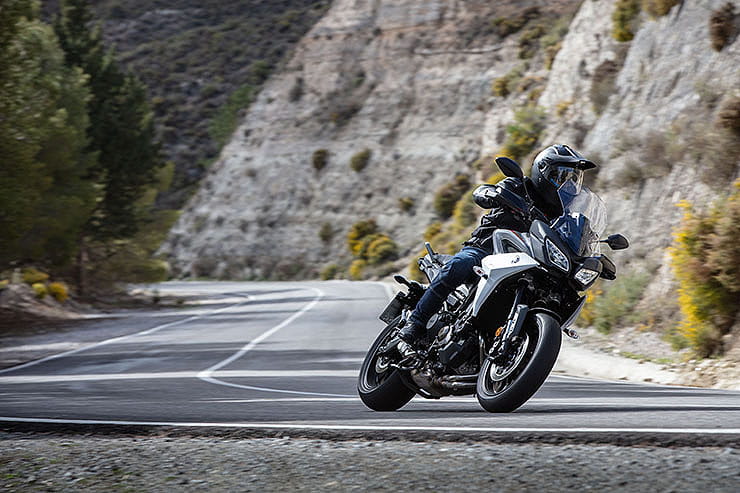 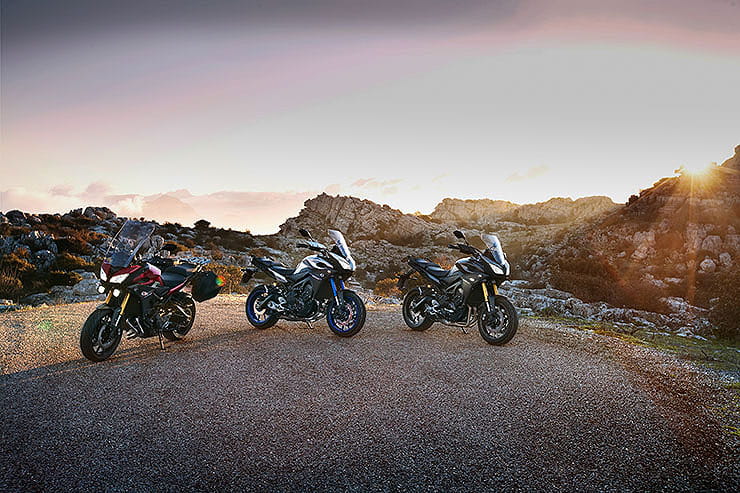 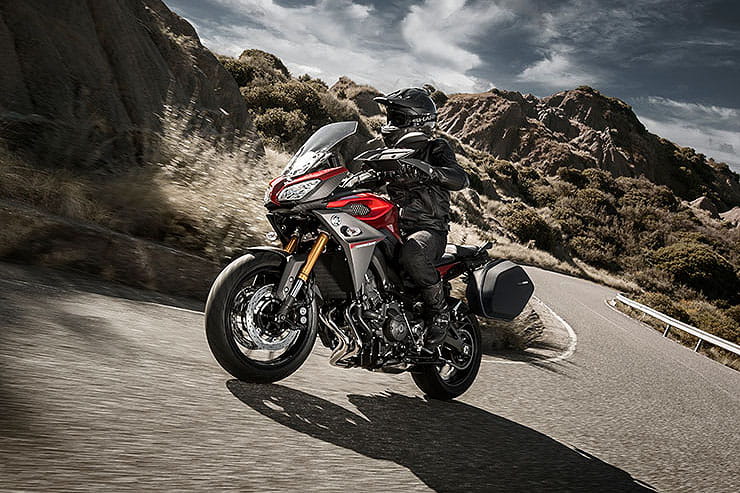 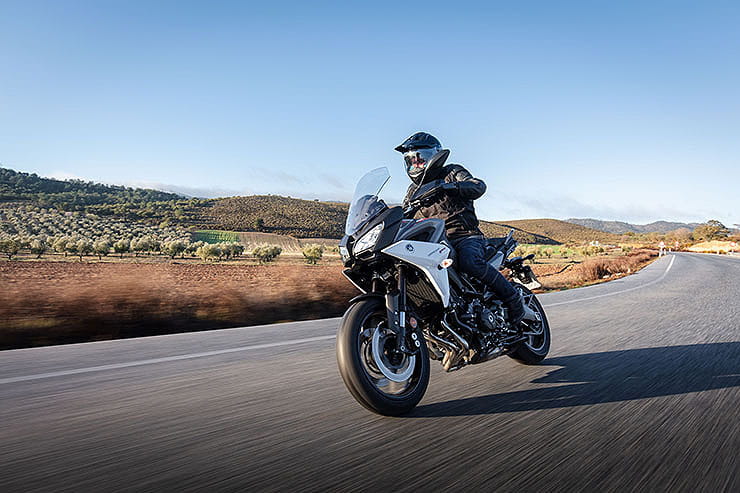 Flushed with the success of the firm’s MT-09 triple, in 2015 Yamaha built upon the same platform to create a budget sports tourer – the Tracer 900. Packing the same technology as the naked bike, the Tracer added a whole heap of practicality through a larger tank, roomier riding position, half-fairing and better creature comforts. And then Yamaha played their trump card – the Tracer 900’s price tag. Costing just a shade over £8000, the Tracer was a total bargain and sold like hotcakes, despite the fact that many thought the traditional sports touring segment was dead. Very much a Fazer for the next generation, the Tracer 900 makes for a brilliant do-it-all bike that remains excellent value for money in the used market as well as bags of fun to ride. It’s not perfect but most of its faults are easy to cure and in the grand scheme of things not actually that much of an issue. Updated in 2018 when it was joined by a GT version, the Tracer 900 models evolved into the Tracer 9 and Tracer 9 GT in 2021, which are major revisions and quite different to the first two generations. If you want a bargain sports tourer, the Tracer 900 is well worth considering.

The CP3 engine in the Tracer is identical to the one in the MT-09 and it suits life in sports touring guise perfectly. The fact the triple has lots of instant punch is great news for roll-on overtakes and with the Tracer launched a few years after the MT, the snatchy throttle connection has been refined to the point of not being too irritating (it has its own dedicated maps which Yamaha called ‘smoother’....) – and even if it a bit abrupt, there are three power modes to calm it down. You get a claimed 113.4bhp with 64.6 lb-ft of torque (the same as the MT) and as well as being bags of fun when revved, is smooth, refined and easy-going when you just want to chill out and watch the scenery go by.

Faults are very few and far between when it comes to the CP3 engine and across all the range of triple-powered motors (Tracer, MT, XSR, Niken) there are no horror stories, which is great news and means you can buy in relative safety. Service intervals are every 6000 miles with the valve-clearances at 24,000, which is the biggy and will cost you roughly £500, so if the bike has a good service history, you can be fairly confident. It has to be said the Tracer 900’s gearbox isn’t brilliant and owners do grumble about its clunky action as well as a bit of noise from the clutch when in neutral but this is normal. The actual gearbox itself is solid, it’s just not that slick compared to other modern bikes, and only the second generation came with the option of a quickshifter (it was standard fitment on the GT). The exhaust is a one-piece unit on the Tracer, which means that if you want to fit an aftermarket can you need to either replace the whole system or chop the OE pipe. Most owners simply fit a whole new system and they are reasonably cheap to buy. There is nothing that wrong with the OE one, and it doesn’t tend to rust too badly, however the downpipes can become tarnished quite quickly and an aftermarket pipe not only releases a bit more power, it looks better. Be careful when it comes to the fasteners and finish on the engine as it is quite prone to corrosion. If you keep on top with the use of an anti-rust spray all is well, however a bit of neglect can see corrosion setting in and that is a one-way street. 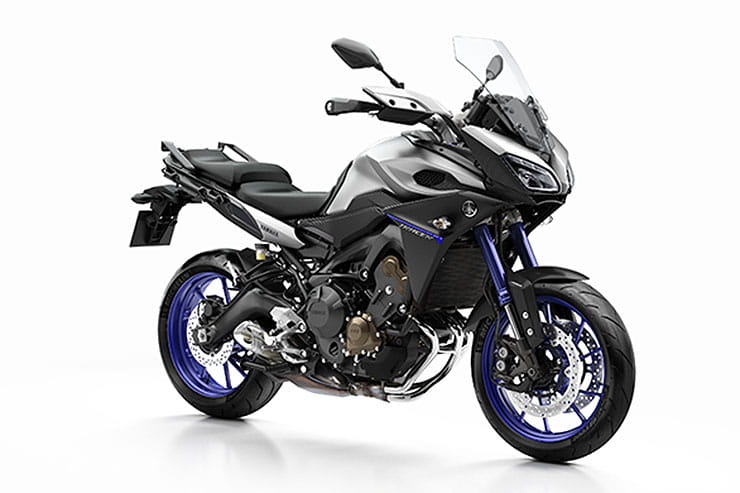 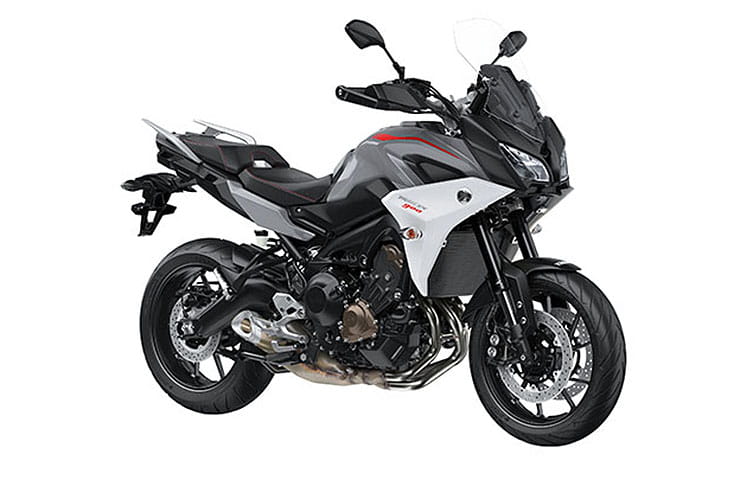 The triple motor is fairly fuel-efficient and the Tracer records roughly 50mpg during mixed riding. As the tank has gained 4 litres when compared to the MT-09, you can get about 190 miles until you need to panic from the bigger 18-litre tank.

Here is the slight issue with the Tracer 900 as like the MT-09 model, it does have a few question marks hanging over it when it comes to the ride quality. So we will start with the negatives. When the Tracer was updated in 2018, Yamaha extended the swingarm by 10mm due to the fact that the original bike could start to weave slightly when loaded up with panniers – which on a touring bike obviously isn’t exactly ideal! The problem in doing this is that the extra length makes the 2018 bike slower turning so while you gain stability, you lose out on agility. That’s one issue, the other issue is the Tracer’s suspension, which like the MT-09’s is quite long travel and therefore can deliver a bit of a pogo ride as the bike pitches back and forth. On the touring model it isn’t quite such a problem (you can adjust the preload and rebound front and rear) as you are more likely to be riding less aggressively than on the naked bike, however it isn’t fantastic and is pretty soggy when you up the pace. A lot of owners opt for an aftermarket shock (a great idea) and a fork re-valve, which transforms the bike’s handling and is money very well spent. So that’s the negative points, the positives are that as the Tracer weighs just 210kg fully-fuelled it is a really lightweight and manoeuvrable sports tourer that is brilliant fun to ride and also really comfortable for a pillion. If you aren’t too fussed about going bananas and are more into ride quality than agility, you probably won’t be too disappointed about the suspension and armed with some modern tyres (the OE Dunlop ones are terrible but should have been swapped by now) you can certainly enjoy the Tracer in the bends while allowing the soft suspension to soak up the bumps. As a bonus, the Tracer also comes with a centre stand as standard, making lubing the chain nice and easy – why don’t all sports tourer comes with this?

ABS (not angle-sensitive) is standard equipment on the Tracer and the four-piston radial brakes are a strong set-up, certainly delivering more than enough bite for a sports tourer. A few owners opt to add extra bite through aftermarket high friction pads, which does work, but most leave them pretty standard. 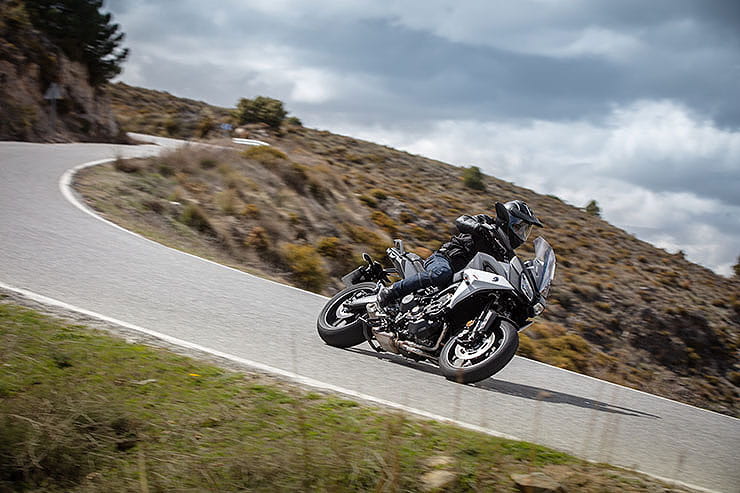 Comfort is a bit of a point of debate on the Tracer. Most owners agree that the OE screen is terrible and way too short to be of any use, which is why there are loads of aftermarket firms that supply taller examples. Also, while it is adjustable, it is impossible to move when on the go on the first generation bike. Yamaha did respond and the second degeneration has a new screen adjustment system, which is better, but the screen remains a bit crap. And then there is the seat. Some riders are perfectly happy on the Tracer, others find it uncomfortable. In the 2018 update Yamaha did redesign the seat to make it more comfortable, which helped, but again, aftermarket firms can help here. Pleasingly, however, it has two heights as standard (845 and 860mm). With these two negatives out of the way, the rest is good news for the Tracer and if you are after a bike to tour on, the Yamaha is pleasingly relaxed, spacious and easy-going and you can alter the position of the bars. Heated grips can be added to both generations (they are standard on the GT) however you can’t add cruise control, if you want this you need to buy the GT.

The Tracer comes with ABS and Traction control (TCS) as standard (not angle-responsive) and while the ABS is fixed, you can deactivate the TCS. The ride-by-wire throttle allows the use of three power modes (D-Modes) and there is also a 12-volt socket as standard with a quickshifter an option on the 2018-onwards model. The GT model adds cruise control, an updated TFT dash and heated grips, so if you want cruise control, you need to buy this version. When it comes to extras, there is a lot of choice. Most owners go for a taller screen and a few even swap the seat and luggage (hard and soft) is very common. The GT comes with colour-matched hard panniers as standard but they are just official Yamaha extras and so can be fitted to the base model with no issues. Crash protection is common, as are top boxes and heated grips, and a few owners also update the suspension, which is a great thing to do. Yamaha sell an Akrapovic road-legal full system, which a fair few bikes come with fitted, however there are loads of cheaper options out there that are both legal and non-legal.

The Tracer 900 makes for a really good sports tourer that can be had for a bargain price, however it does have its drawbacks. When you look at rivals such as the Kawasaki Z1000SX or later Ninja 1000SX you do question a few of the Tracer’s missing gizmos (cruise control, angle-sensitive electronics...) and also the fact it’s suspension is a touch bouncy. There again, if you snap one up for £4500 you won’t find much to grumble about and will have a bit of spare cash to spend on a quality replacement shock, taller screen and heated grips.

Three things we love about the Tracer 900… 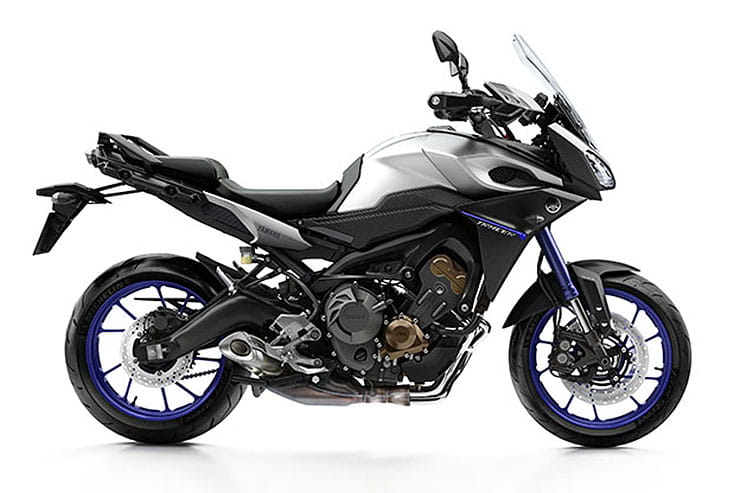 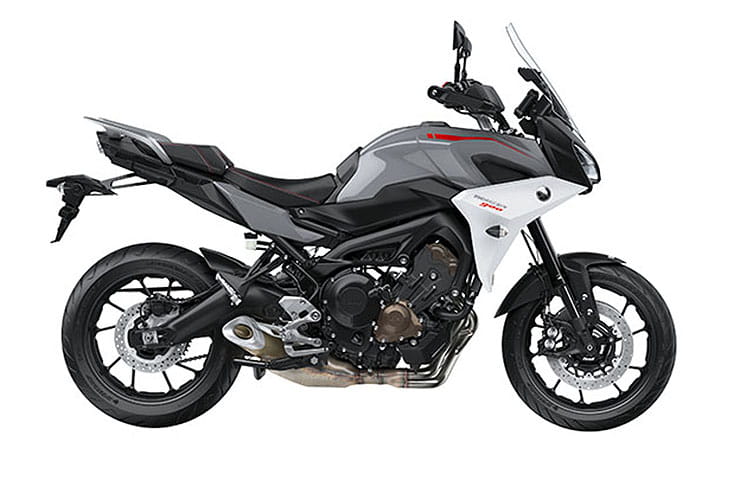