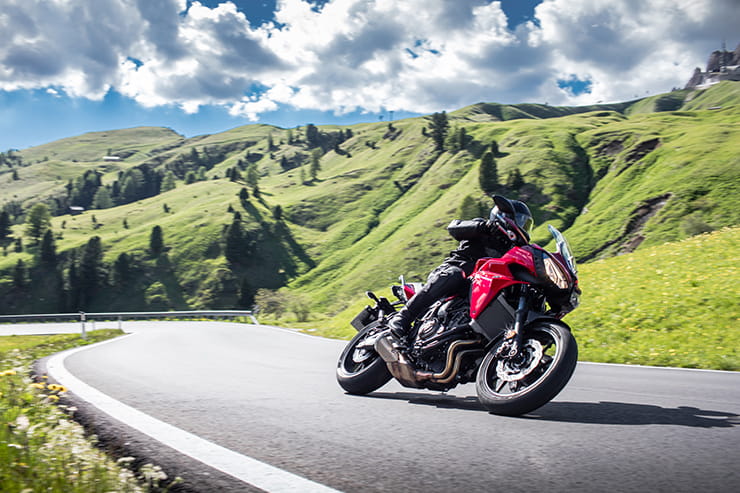 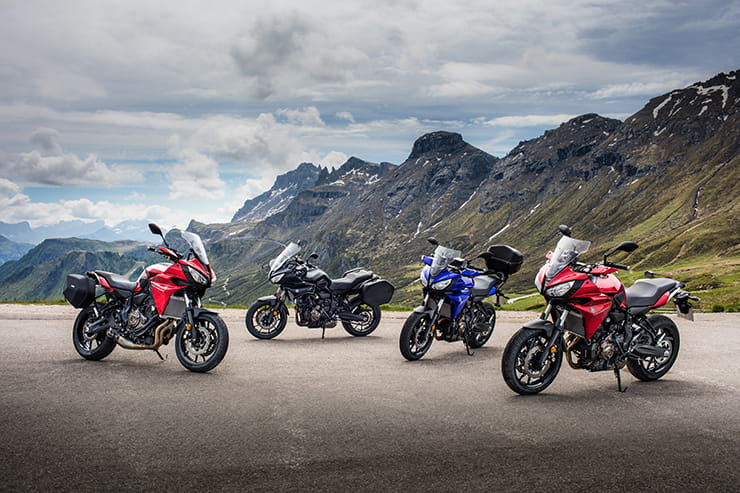 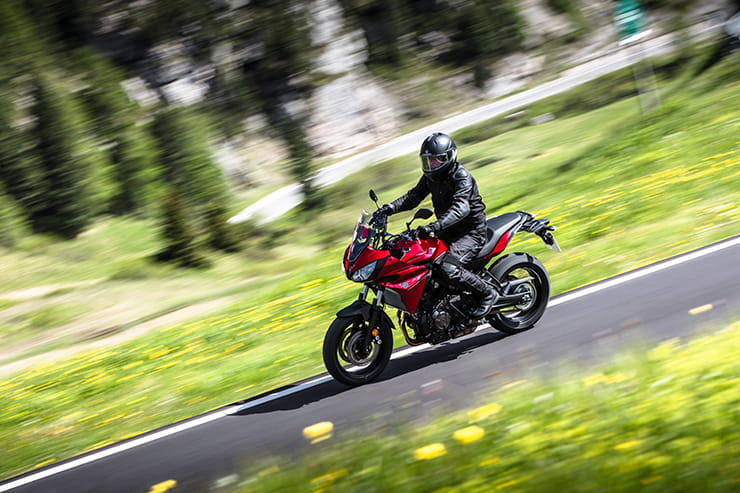 Building on the foundations laid by the superb MT-07, the Tracer 700 arrived in 2016 and is effectively the same platform turned into a sports tourer. However, this description doesn’t entirely do the Tracer 700 justice as while it does share the majority of its major components with the naked bike, Yamaha armed their middleweight sports tourer with all the necessary additions to ensure it could more than deal with its new more relaxed role in life. Not only that, they also gave it a remarkably low price tag, virtually guaranteeing it was a huge success all over Europe – which it was. If you are after a practical do-it-all very much in the vein of the original FZS600 Fazer, the Tracer 700 is a brilliant bike that works on every level. Owners love them and after a quick ride it is pretty easy to see why.

Brand new the Tracer 700 was a shade over £6000 at £6299 – which was remarkable value for money when you consider its (somewhat aging...) rivals such as the Suzuki V-Strom 650 was £6999 and the Kawasaki Versys 650 £6849. Predictably, owners snapped them up and as a result there are lots and lots of Tracer 700s in the used market. Not that it seems to have dented their value much! Prices for an early bike start at around the £4000 mark for a relatively high (over 20,000) mile machine with this rising to £4500 for a lower-mileage example. The sweet spot is between £4500 and £5000 if you want a good one that has mid-teens mileage and is really where you want to aim. The high point for a 2019 model is £7000 if you want a brand new pre-registered bike or just over £6000 for one with minimal miles such as an ex-demo.

The CP2 parallel twin motor is identical between the Tracer 700 and the MT-07 and that is no bad thing at all. A really beautiful engine, its easy-going nature suits life in sports touring guise and a peppy mid-range and impressive fuel economy figures mean owners have few complaints. The throttle response is fluid and smooth, clutch lovely and light and it will happily sit at 70mph all day with no vibrations and plenty of poke left to give should you ask it to perform a quick overtake. Although some riders might feel they need more power, especially for two-up touring, if you are after a chilled-out solo sports tourer (which can be made A2-legal if required), there is really no need for anything more in terms of engine performance. 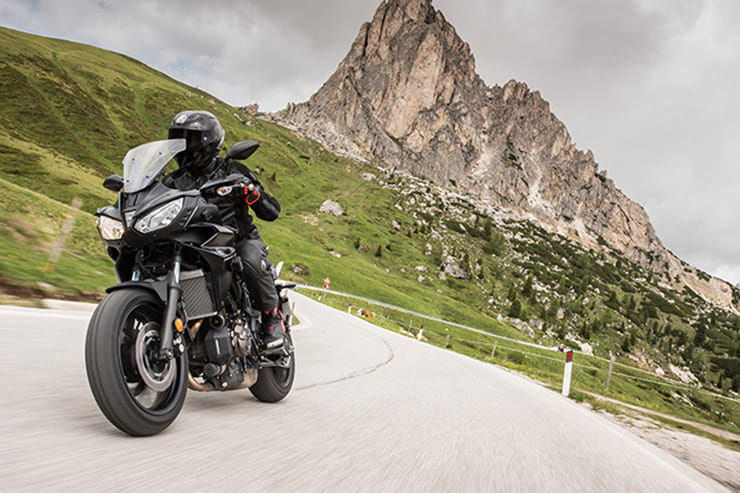 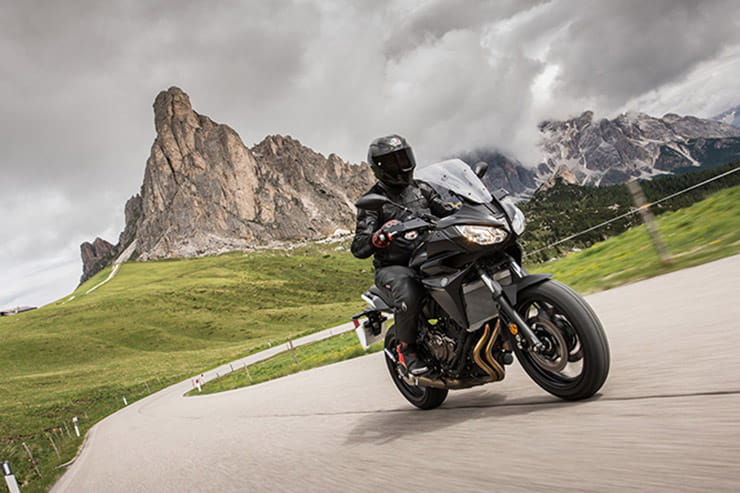 Yamaha have used the CP2 in the MT-07, Tracer 700, XSR700 and even the Tenere 700 and if you go looking online, there are very few horror stories out there so in terms of its mechanics, you can buy with confidence. You need to check its service history as the CP2 requires servicing every 6000-miles with a valve-clearance check at 24,000-miles, so if you are looking at a higher mileage bike this more expensive service might be approaching and that’s a haggling point to reduce its price. As its mechanicals are pretty solid, your main worry is the finish. There is no denying a few area on the Tracer 700 are a bit substandard and fasteners can seize in place (use copper-slip liberally when removing and replacing them), clips and engine bolts corrode and overall the whole bike can quickly look pretty tatty unless it is well cared for. If you are inspecting a bike and there is lots of corrosion the best advice is to walk away and find a better example, there are plenty of Tracer 700s out there so you can afford to be picky. The gearbox is solid but the exhaust, like the MT-07’s, is a one-piece unit and can look a bit tarnished fairly quickly. An aftermarket replacement system can be had for £300 upwards, so it’s not a major drama. A lot of owners fit fender extenders to help keep crud off the front of the engine and protect the exhaust, which isn’t a bad idea at all as they are cheap to buy and easy to fit. Radiator protectors are also a good idea.

Owners report economy figures that range from 49mpg to 70mpg, it all depends on how you ride it and on what kind of roads. You should be able to average 60mpg (Yamaha claimed 65mpg was the average) and that equates to a tank range of roughly 230 miles as the Tracer’s 17-litre tank is actually 3-litres larger than the MT-07’s item. 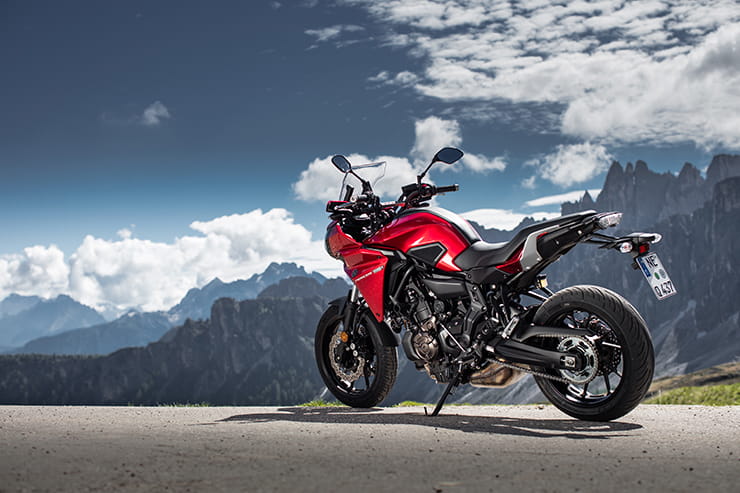 Although the Tracer 700 shares the same frame as the MT-07, Yamaha did make a few alteration to the rolling chassis to suit its new life as a sports tourer. The swingarm is longer than the MT-07’s (by 50mm) to improve stability and the suspension firmed up slightly to compensate for the fairing and bigger fuel tank. And while the pegs are set at the same height as on the MT-07, the Tracer’s bars are higher and the seat height also upped by 30mm to 835mm. On the road the Tracer does feel a touch more sluggish to turn, but not by a huge amount and the pay-off is a bike that is rock solid when cruising on motorways, even with panniers fitted. The firmer suspension (which only has preload adjustability on the rear) is a touch soft if you up the pace but where on the MT-07 (before it was updated) it can be a hindrance, on the Tracer it is far more in keeping with the bike’s target audience’s requirements. Pleasingly on a bike that is quite price-sensitive, Yamaha have given the Tracer an adjustable screen (with 28 steps over 64mm of travel), which is moderately effective. At low speed the Tracer’s light weight (just 196kg wet) make it very reassuring to those less experienced and its narrow waist means the taller seat height isn’t that noticeable either. Although that’s not to say they don’t get dropped and crash damage is fairly common on Tracers, so inspect the engine cases for scrapes and ensure the bars aren’t bent. Another area to watch out for is the radiator, which can corrode as it is very exposed. As on any budget bike, always consider consumables when you are buying a Tracer as the OE Yamaha equipment such as the chain and sprockets are a pretty poor quality and don’t last that long.

The Tracer gets the MT-07’s four-piston calipers and 282mm twin-disc set-up and there is not that much wrong with it, especially as ABS comes as standard fitment. Although a bit keen to get involved, especially at the rear, ABS is handy to have on a bike such as the Tracer 700 which is often owned by newer riders. Sticking caliper pistons are rare but not unheard of and as it isn’t a sliding caliper, it is a four-piston design, rebuilding it is a bit more involved so check for any sign of this. 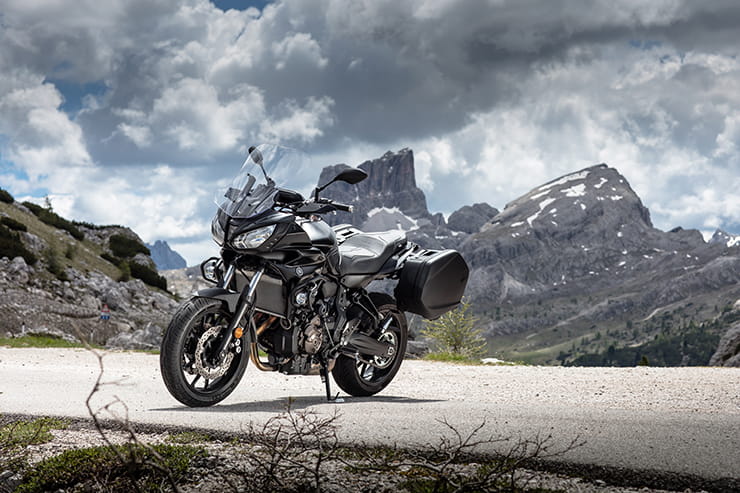 Above: with an array of official accessories

Touring is most certainly on the cards if you own a Tracer 700 and Yamaha UK even made a GT model that was basically a Tracer 700 with bolt-on accessories from the parts catalogue. If you are looking at doing big distances a taller screen is recommended, but for weeks away or weekends exploring the UK the Tracer 700 makes for an ideal companion. If you are looking at taking a pillion the shock can start to feel very soft and not really up to the job, however for the majority of Tracer 700 owners this isn’t a concern as they generally tour solo.

Aside from ABS, the Tracer 700 is fairly basic in its electronics, which is a good thing. There are no power modes or traction control, not that it needs either system, and the LCD dash is pretty basic, although it has a fuel gauge and gear indicator, which is good news. A few owners report switchgear issues, so check all is well. On the accessories front you have a huge array to choose from. Yamaha sell soft and hard luggage, a comfort seat, fog lights, heated grips, crash protection, a taller screen and even an Akrapovic exhaust system – and a centre stand. Ideally, buy a centre stand as it helps when it comes to lubing the chain. Anything Yamaha make can also be found a bit cheaper from aftermarket firms and most of the Tracer 700 models out there come with a top box, taller screen or some kind of touring accessory fitted. Tail tidies are also popular, although they aren’t as prevent as on the MT-07 model.

The Tracer 700 is a brilliant do-it-all machine that can commute, tour and just be enjoyed whatever the weather. The CP2 engine is reliable and fun, the suspension forgiving (although a touch soft for really sporty sports touring) and the creature comforts well thought-out and easy and cheap to improve upon if required. Overall, if you are in the market for a daily runner there are few better options out there.

Three things we love about the Tracer… 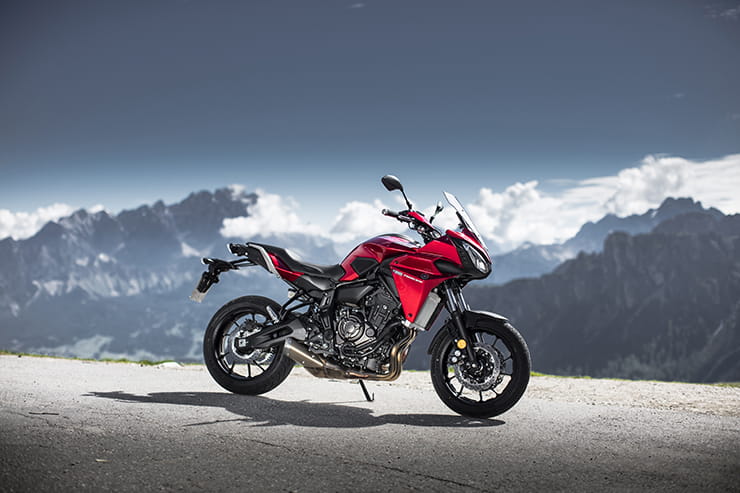 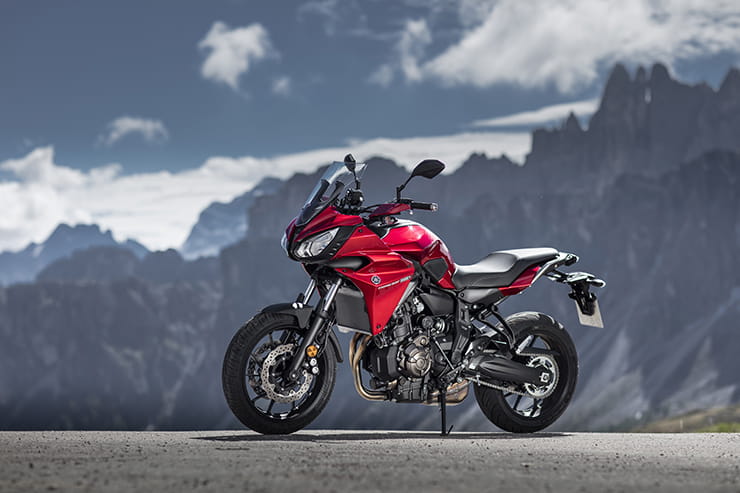 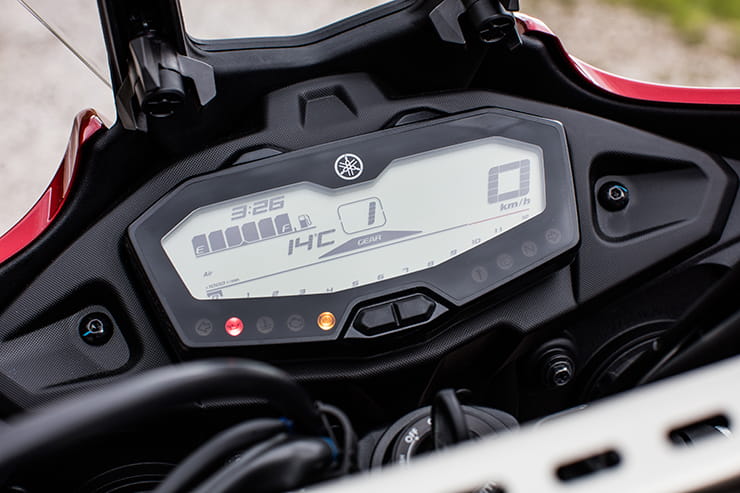