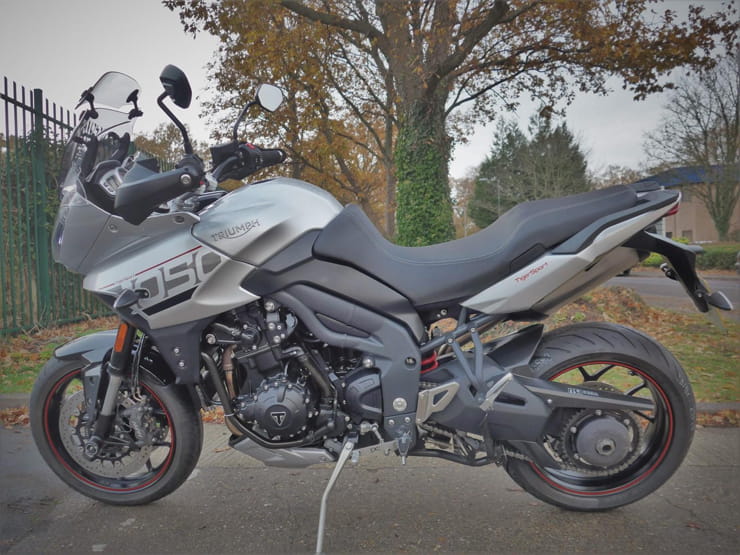 Triumph will go to great lengths to explain that the Tiger Sport is not, I repeat not, a Speed Triple with slightly higher bars and a highly effective half fairing. Strange then, because that’s what it feels like. Triumph did a very clever thing when they took the fairing and clip-on bars off their out-dated sports bikes to make a gutsy streetfighter. But it might have been an even smarter move to put half of the plastic and some even higher bars back on again to make the Tigger.

If it’s been a while since you rode a Tiger 1050, you’ll be surprised how short the gearing is on the Sport model and how often you bump into the rev-limiter for the first few miles. You’ll also find the attitude more aggressive than you remember and the handling a lot sharper too.

The original Tiger felt like a soft, manageable tourer dressed in adventure bike clobber, where the Tiger Sport (introduced back in 2013) really does feel like a half-faired sports-touring Speed Triple. It also has the single-sided swing-arm of the Speed Triple and much sportier suspension than the standard Tiger too.  Manic, noisy…there goes the rev limiter again. Always stable – Triumphs always are. Always confident – ditto. My favourite thing about the Speed Triple has always been that it’s a sensible, dependable motorcycle dressed in a noisy tracksuit. Tigger is less shouty, more subtle and about a million places further down the credibility table than it’s shouty half-brother. It can also do sustained high speeds without the neck strain. 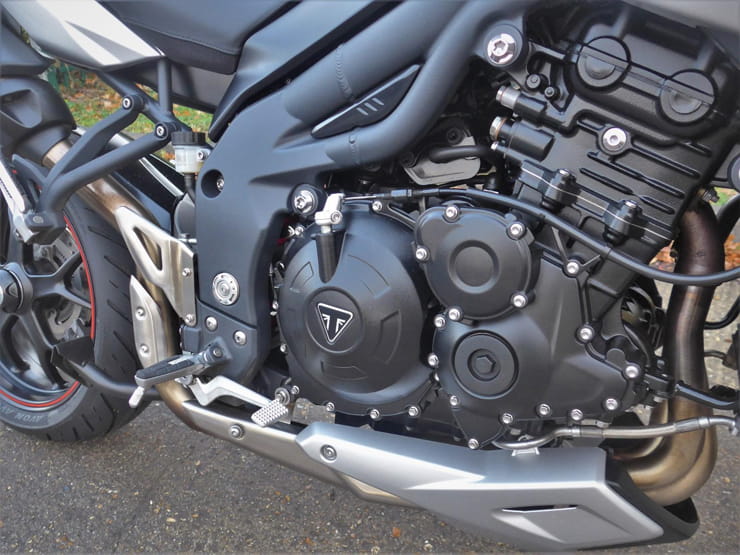 ‘Excuse me, did you say slick and gearchange in the same sentence as Triumph 1050?’

Yup. True. 2013 was the year when Triumph finally worked out that changing gear didn’t have to be audible in the next county. The Tiger Sport has a slick, positive gearchange and you can always find neutral too (although the light doesn’t always come on and it stalls when you release the clutch). 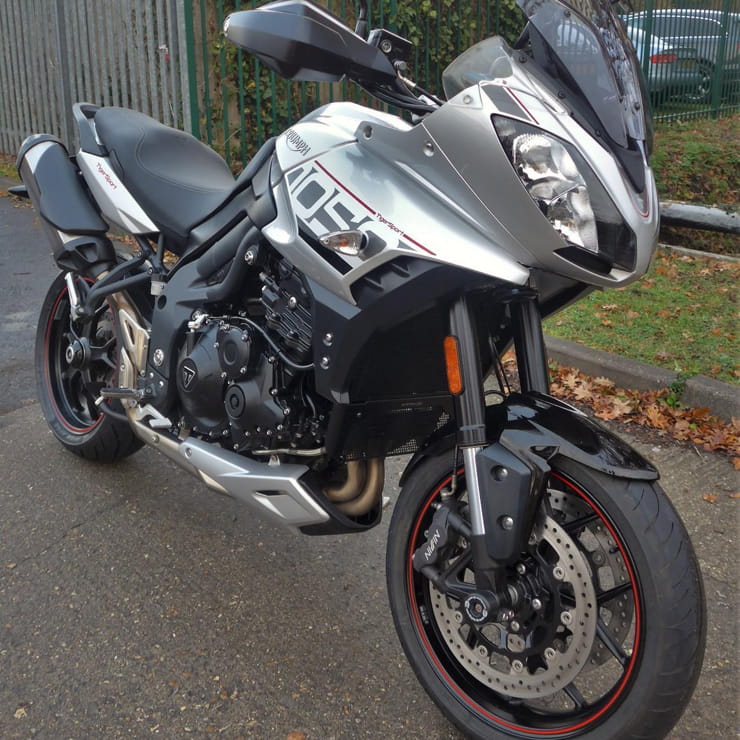 Most things called ‘Sport’ are far from it. Harley Sportster, Thunderbird Sport, MZ TS125 Sport (imagine a Suzuki Katana designed by East Germans). It works for Lucozade, but sporty motorbikes get an ‘R’ not an ‘S’. Although that would make it a Ti-Grrr and that’s just silly.

Still looking for a comparison, the Tigger Sport is like a Ducati Multistrada for old school riders who don’t want a million electronic riding modes, traction control and the most baffling ignition/ kill switch ever. Or the lumpiness of an unforgiving v-twin at low revs. Tigger’s engine has the hollow Triumph bark that we know and love, plus the smoothness at low revs and enough power up top to outrun your expectations. The only electronics here are the only two you need; heated grips (optional, but most bikes have them) and ABS (standard).

The big, broad seat is comfy, and the suspension is soft enough for ride quality, but controlled enough for confidence in corners. The screen is a perfect height for almost-six-footers like me and the riding position is good for a succession of eight hour days in the saddle.

The only long distance niggle is that clash of personalities. The engine often feels a little too busy - like a half faired Speed Triple. Typical. Triumph build the bike that many of us wanted and all we do is  grumble.

There are plenty of bikes that’ll be better on a fifteen minute test ride, but not many as appealing to run long term. And that’s often been Triumph’s biggest asset – building bikes that make sense where it counts. The strong points are obvious; flexible engine, easy handling, most of the right gizmos and enough character to feel special.

I ran a Tiger Sport as a long term test bike a few years back and two great rides still stand out, all for similar reasons. Coming home from Bristol at the end of a 400 mile day, still fresh, still looking for a detour, still wanting more miles, still enjoying the easy steering and commanding progress through traffic. 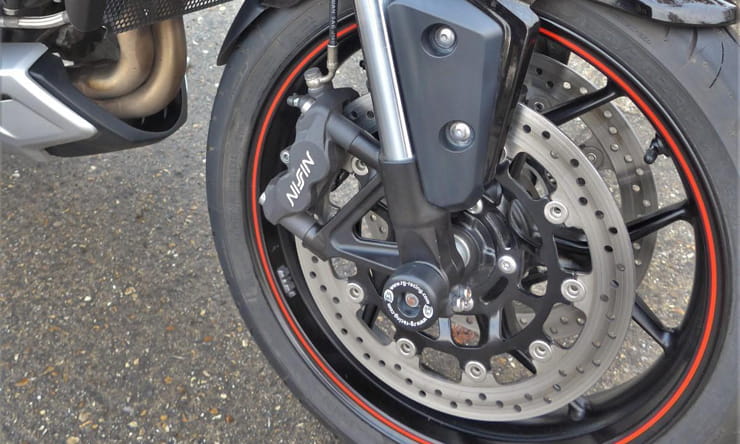 Next was a long day doing the National Rally. Not usually my thing and I managed to get disqualified by the second checkpoint but carried on anyway. Ten hours in the saddle on a scorching summer day. Stop-start miles, no rhythm, checkpoints every 25 minutes and a load of roads I’d never normally ride.

There are niggles; the clocks are terrible – too difficult to scroll and find the info you want, no gear indicator on the early models and the clock is too small to read easily. Not having a centre stand on a chain driven sports tourer is ridiculous and the handling on really twisty roads gets a bit unpredictable.

The Tiger Sport is one of those brilliant, but unsung motorcycles, like Honda’s CBF1000F or Suzuki’s GSX1250F. No headlines, no era-defining technology, no state-of-the-art design. But it works…brilliantly. Developed to the point of almost perfection and, at £10,900 for a new one, considerably cheaper than a new Speed Triple too (although the Speed has the fancy TFT dash, more power and 105 new engine parts – hopefully not all camshafts or the servicing costs will be a nightmare).

As a used buy the Tiger Sport makes even better sense. You can buy a four year-old bike for £6500, or one of the updated 2016 models (adjustable screen, traction and cruise control plus selectable riding modes) for £8k…ish. The example in our photos on sale at 3X Motorcycles in Wimborne is on sale for £8450. Build quality on most Triumphs is excellent and the 1050 engine is now, officially a teenager, meaning any and all of the niggles were sorted out years ago. 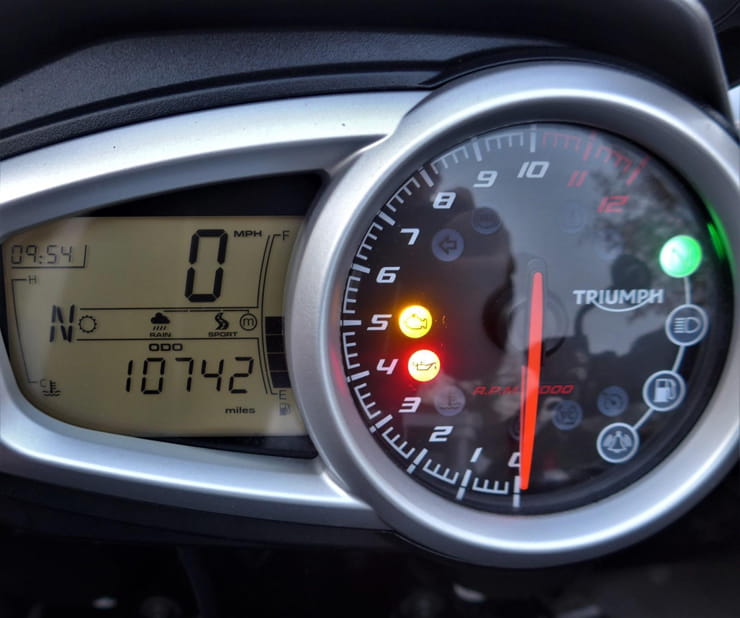 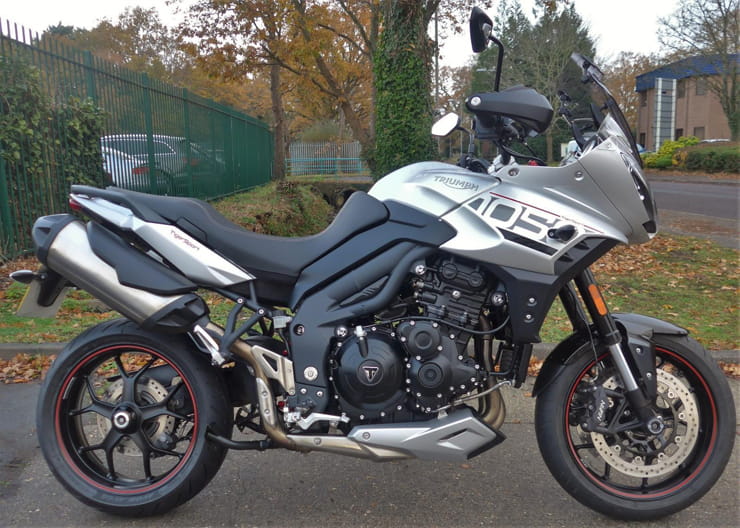