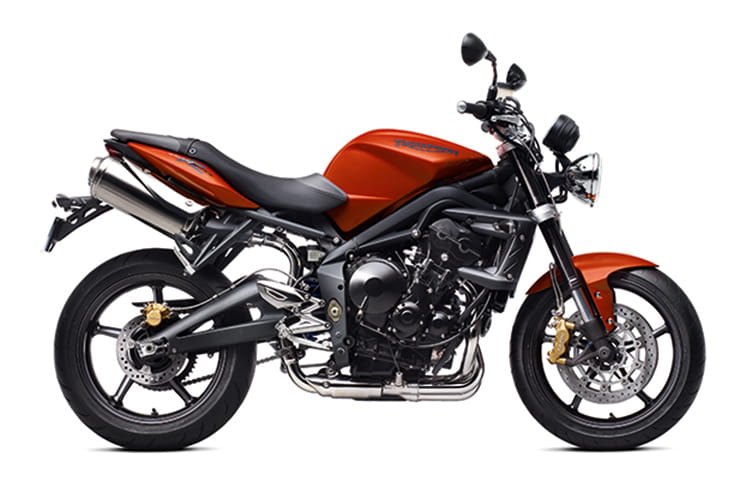 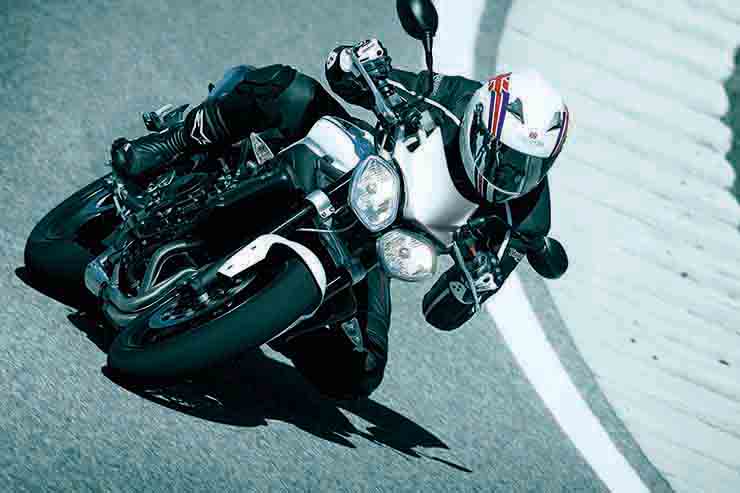 To say Triumph’s Street Triple hit the nail on the head is something of an understatement. In 2007, the stock model’s launch year, Triumph shifted an impressive 7500 units. And it would have been far more had they been able to produce them, which they couldn’t because the Hinckley factory was already working 24-hours a day making crankcases to knock them out of the door… So for 2008, Triumph capitalised on this wave of interest with a higher-specification model – the Street Triple R.

Effectively taking the flash parts from the firm’s Daytona supersport bike – namely its fully-adjustable suspension, radial brakes and master cylinder and 308mm discs – and then adding unique R-series decals and paint, as well as chunky Magura bars, the Street Triple R was born. And, predictably, it was a huge success.

Nowadays the original generation of Street Triple R makes for a brilliant naked that is outrageously good fun to ride and decent, if not outstanding, value. The fact it borrows so much of its DNA from the Daytona (it has sharper steering geometry than the stock Street Triple) makes it even more of a back road weapon and it is also very happy on track, which you don’t expect from a naked middleweight. Add into the mix that excellent triple motor and you have a sure-fire recipe for fun.

While the updated 675 model and the new 765 Street Triples are certainly more advanced than the first incarnation of this wonderful naked, the original model does have a raw edge that Triumph softened off in later generations and it is this that really makes the original Street Triple R such an appealing bike to own. 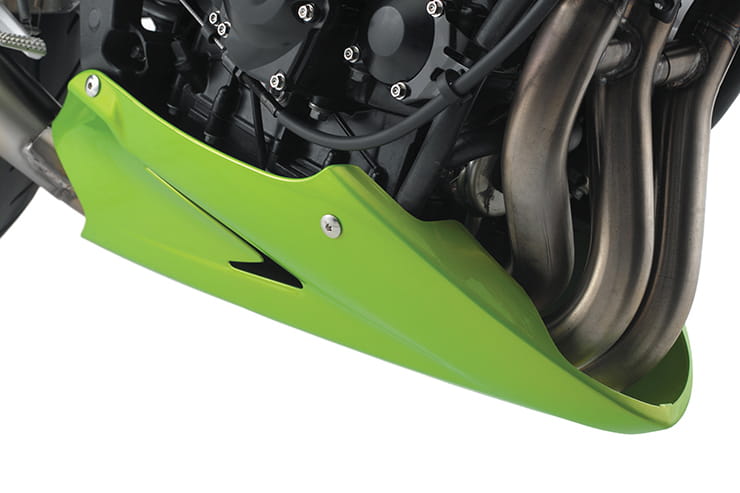 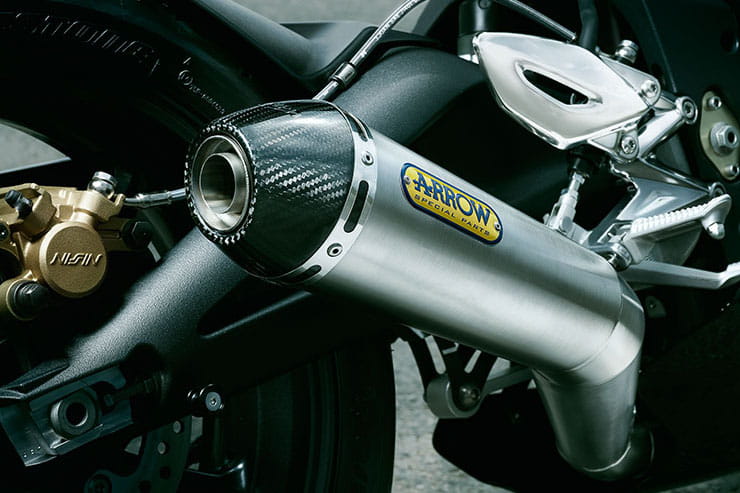 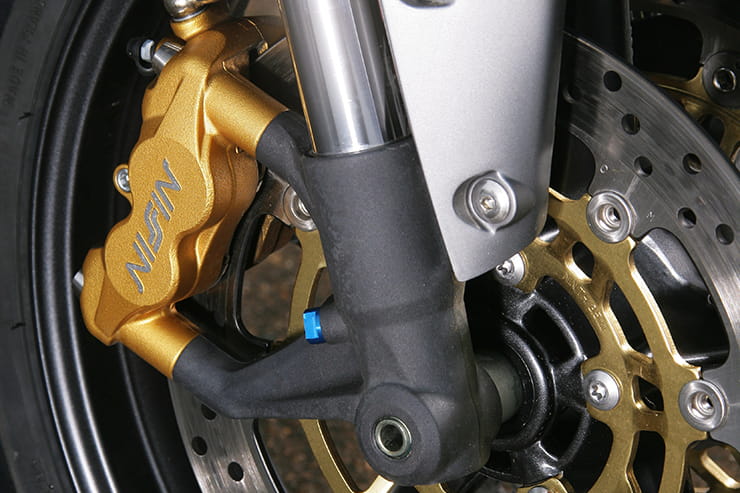 There should always be one thought when you inspect a used Street Triple or Street Triple  R, especially in a private sale – has it been stolen? The Street Triple is a very popular bike with thieves and so get an HPI check to uncover its history as well as giving the frame and engine numbers a very close inspection for any signs of tampering. Also ensure the same key operates the ignition, seat lock and fuel cap as if one is different, that means it has had its locks (usually the ignition barrel) changed and that hints at a bike that has either been stolen and recovered or been tampered with and if the steering lock has been broken, that is a real pain.

Next up you need to see if it really is an R or a stock Street Triple masquerading as an R. Check the colour matches an R-designated paint scheme and that it has the upgraded suspension front and rear as well as the higher-spec Magura bars and radial master cylinder. A fair few stock models are turned into ‘Rs’ through owners using second hand parts (especially front ends) and they can be tricky to spot. If you are satisfied all is well, move onto the mechanicals.

The triple engine is fairly solid (it doesn’t have a reputation for burning oil, unlike the early Daytona), and so any rattles or signs of smoke on start-up should be treated with concern. Always give the chassis a good inspection for crash damage and also check the suspension linkages are moving freely and that the bearings (head especially) aren’t worn. Street Triples do like to wheelie…

A lot of owners accessorise the Street Triple and many parts are great additions. The Arrow ‘low-boy’ exhaust system replaces the heavy underseat units and looks and sounds amazing, however ensure the bike has had its ECU updated to match (Triumph dealers have a map they can upload). There are also various other exhaust options that either retain or junk the underseat look and most will give you a welcome boost of midrange, but again, check it has been remapped to suit. Always inspect the exhaust studs on a used bike as many owners remove aftermarket pipes to sell separately and the studs love to either seize in place or snap off. It is worth paying extra for Triumph official accessories such as screens, belly pans etc but if the bike has aftermarket levers, bars etc always check they are quality units and not cheap Chinese ones as their build quality is a little suspect. Speaking of build quality, a well cared for Street Triple R should remain looking as such, but if you let one go it isn’t long until the corrosion sets in for good and this process is almost impossible to reverse. Buy a good one and keep it this way, don’t assume you can recover a wreck. 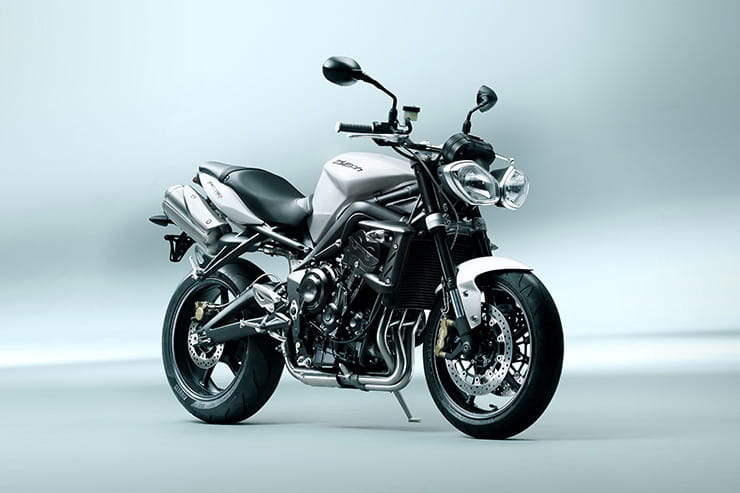 The Street Triple R was left unchanged until 2012 when, hold onto your hats, the round headlights were changed for ‘foxeye’ units! And much wailing and gnashing of teeth ensued… To be fair the Speed Triple had also gained the same lights, so it wasn’t long until everyone got over it. Alongside the lights (oh god, I’ve mentioned them again…), the R also received a few very small styling alterations that included a brushed aluminium finish on its silencers, the Triumph logo on its engine cases and new mesh infill panels. The completely revised Street Triple and Street Triple R arrived in 2013 and featured a new chassis, altered motor and a low-slung side-mounted single exhaust replacing the twin underseat units on the original models. 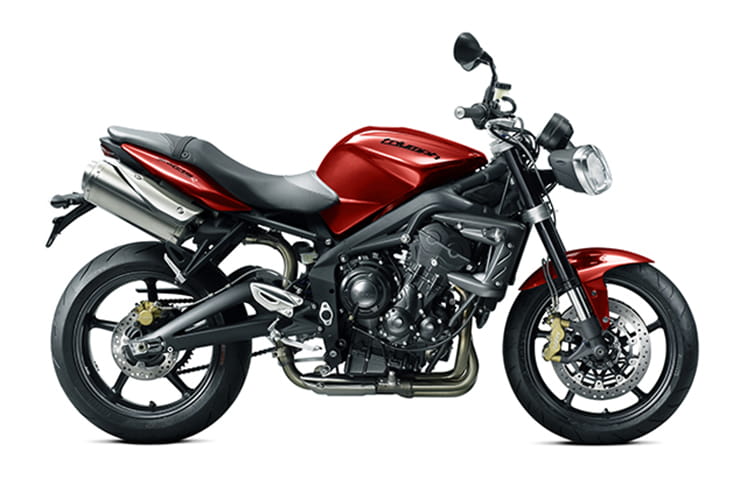 A hugely popular middleweight, the Street Triple R holds onto its residual values very well and so you are unlikely to uncover too much of a bargain. Aim to spend in the region of £3,300 in a private sale with this rising to just over £4,000 from a dealer for an early model with the last ‘round headlight’ ones costing just over £4,500 in a dealer and £3,800 in a private sale. If you want a foxeye, expect to pay just short of £5,000 in a dealer and between £4,000 and £4,300 in a private sale. Tatty bikes do go for less, but they are usually hounds and best avoided as once Triumph’s slightly poor finish has allowed corrosion in, it is there for good… 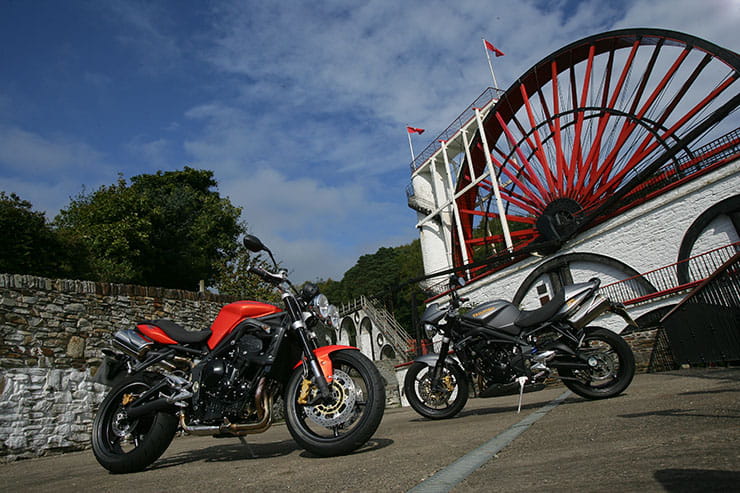 If you are after mechanical advice, contact independent Triumph expert Clive Wood either through his Facebook page or at http://www.mk1speedtriple.co.uk/clive-wood-independant-triumph-specialist/. Clive knows everything you could possibly ever want to know about Hinckley Triumph models and how to get the best from them. If you are after an ownership experience, or want to contact fellow Street Triple R fans, then there is the UK-based Street Triple Forum at https://www.street-triple.co.uk or go for the dedicated Street Triple section in the Triumph RAT (Riders Association of Triumph) website at https://www.triumphrat.net.