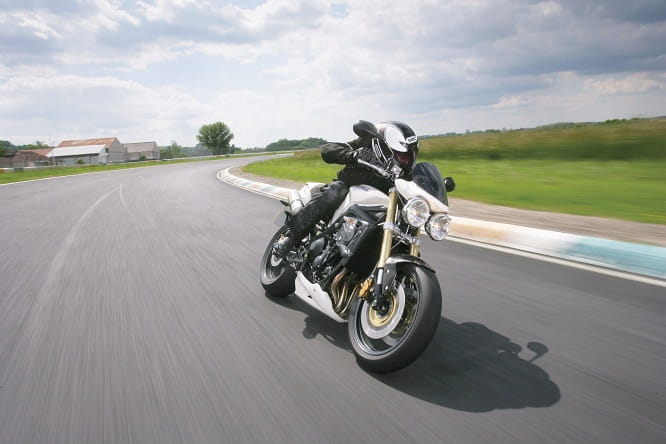 Sometimes you have to speculate in order to accumulate and this is the case when looking at investing in an original Triumph Street Triple. But this is a gamble that is pretty likely to pay off in the longterm. In the short term, however, you can just enjoy this superb triple middleweight from Triumph.

When looking at a bike that will make you money in the future it needs to tick certain boxes. A future investment needs to be a standout machine, one that has changed the whole market or had a noticeable impact on its manufacturer’s growth. But it also needs to be popular as nothing helps fit a set of rose-tinted glasses to buyers better than nostalgia and it is these glasses that will make people pay for a classic in future years. The original Street Triple more than fulfills all this criteria.

Launched in 2007, the Street Triple hit the marketplace at the perfect moment. The Japanese manufacturers had taken their collective eye off the middleweight class and instead concentrated their efforts and development money on the headline grabbing litre bikes. When it was unveiled, the Street Triple’s competition consisted of the outdated Suzuki SV650, buzzy Honda Hornet, disliked Yamaha FZ6 Fazer and heavy Kawasaki Z750. Thanks to its Daytona 675 chassis, beautiful triple engine and stunning £5349 price tag, it annihilated them all in every single aspect. Not only did the Street Triple run rings around the competition on the road, Triumph dealers’ showrooms were rammed full of prospective buyers all eager to snap up this fresh new middleweight. And the impact this had on Triumph’s fortunes was immense. 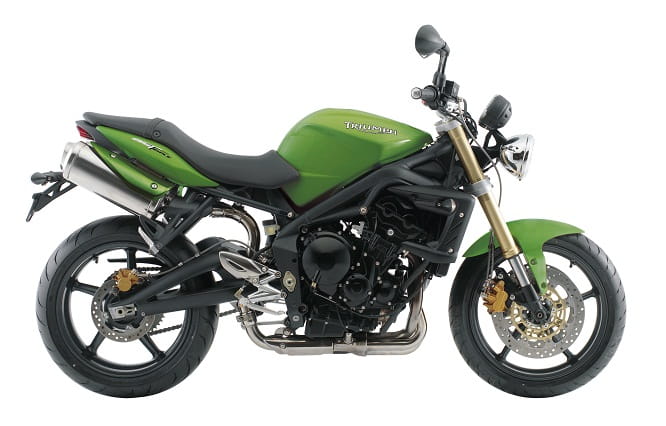 Triumph admitted that they didn’t make much money on the early Street Triple models as it was a product designed to grow the brand. While this explains why the price steadily crept up from £5349 to the £7449 it is nowadays, you can’t deny Triumph’s tactics worked. To date, Triumph have sold over 70,000 Street Triple models and it was the firm’s best selling model for five straight years. As well as helping boost Triumph’s revenues, the Street Triple’s popularity attracted a whole new breed of rider into the Triumph brand and these new fans are worth more to Triumph in the longterm than any short term financial gains. However as well as strengthening Triumph, the Street Triple changed the whole middleweight market and even made Yamaha go back to the drawing board.

Such was the Street Triple’s popularity that the other middleweight manufacturers were forced to either respond or drop out of the battle. Honda all but pulled the plug on the Hornet, allowing it to fade out until it was replaced by the CB650F this year. Suzuki attempted to up their game with the GSR750 while Kawasaki expanded its Z to become the Z800. Single handedly the Street Triple transformed the middleweight class from its traditional 600cc to 750cc and above. But more was to come and in 2014 Yamaha copied Triumph’s triple formula and released the MT-09. They say imitation is the most sincere form of flattery, but that must have upset Triumph slightly…

The Street Triple has changed the middleweight class, allowed Triumph to expand, proved a hugely popular bike and even made Yamaha develop a triple – so it’s a pretty significant machine. But is it a future investment? While there are loads of Street Triples out there, very few early bikes are well looked after as they are a bike that is generally used and abused rather than cherished. Get a good one, keep it that way, and in a few years time when all bikes have ABS, traction control and speed limiters, riders will be looking to rediscover the pure, simple, charms of this brilliant middleweight. And if you can, get a green one as Triumph fans always go nuts for green! 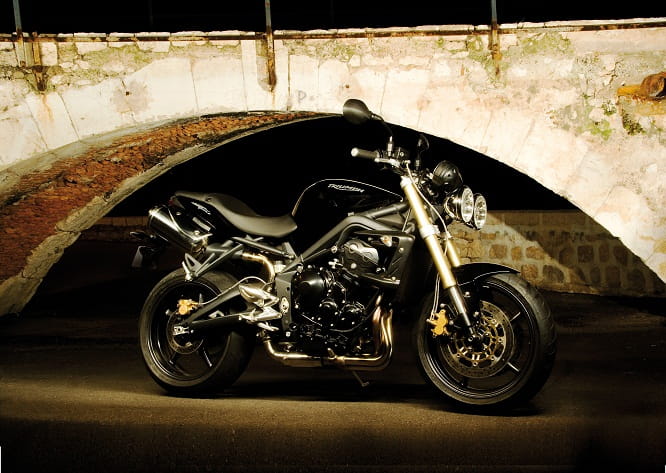 Jack Lilley Triumph - Lilleys is of the UK’s top Triumph dealers and have a fantastic understanding of all Hinckley models.