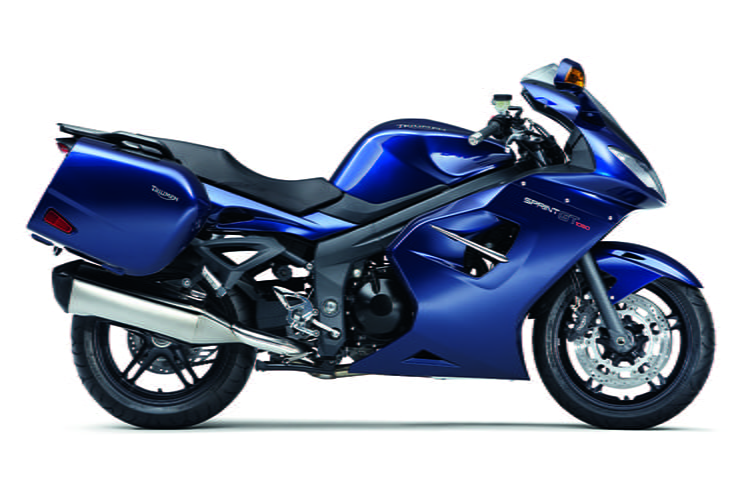 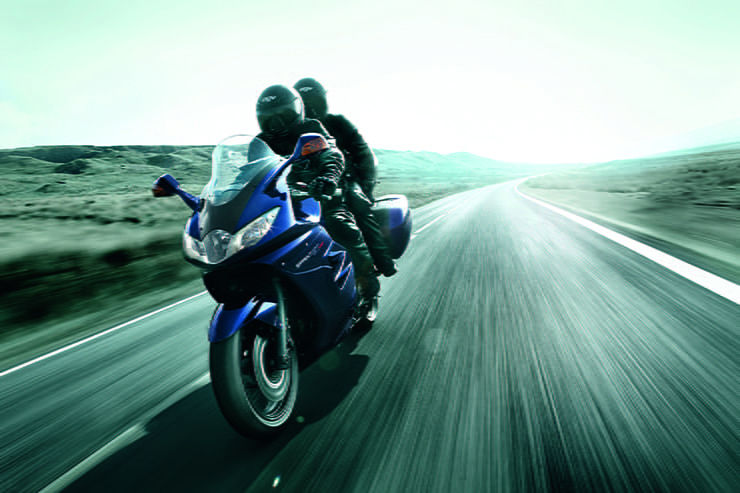 Launched in 2011 as a more touring-targeted version of the firm’s popular Sprint ST, the GT version failed to attract anything like the kind of success the ST enjoyed and as a result it led a fairly short and unremarkable life. A fact that is a real shame as it is a very accomplished machine that ticks quite a few boxes if you are after a bargain used tourer for distance work.

Based on the ST’s platform, the GT added a slightly re-tuned 1050cc motor with its emphasis more on low-end grunt alongside a taller top gear for easier motorway cruising. To this base Triumph also extended the ST’s swingarm to ensure stability when the GT’s panniers (which come as standard fitment) are loaded up and also gave the rider and pillion extra comfort levels through a wider, lower and more padded seat. So why didn’t it sell?

In extending the ST’s swingarm, Triumph gave the GT lazier handling and this, alongside a more muted look that lacks the underseat pipes, put buyers off. However while there is no denying the GT isn’t as agile as the ST, is that really such an issue on a bike designed to be ridden two-up with a full luggage system? Many would argue not. And if you agree with them, then search out a used Sprint GT.

Like so many Triumph triples, the 1050cc motor dominates the show with the GT and it makes for a machine with bags of spirit as well as a great engine for road riding. Yes, the gearbox is a bit pants, but get over this and enjoy the sound and feel of the triple and you will love the GT. Its handling may be a little slower than the ST’s, but it is still fairly sporty and reasonably light and the added practicality the GT brings over the ST is a welcome addition. There are few sports tourers out there that come with full colour-matched luggage, ABS and a soulful motor for such a bargain price tag as the Triumph Sprint GT, why not try one out for size? 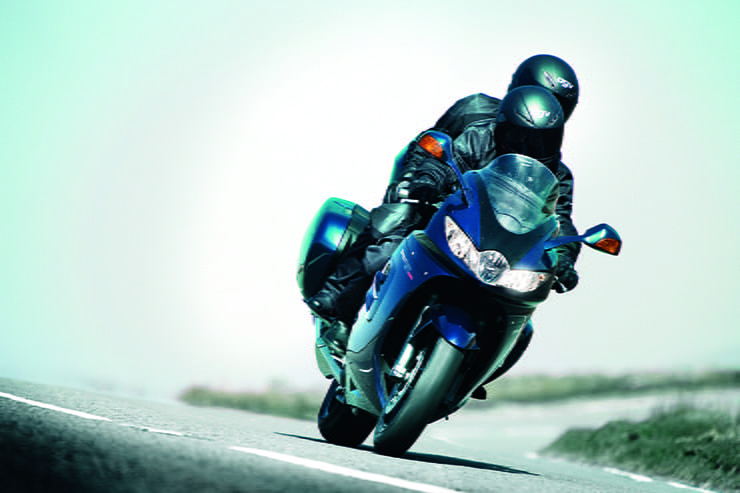 The GT is a fairly robust machine if well looked after, however it is only as strong as its previous owner and if this person wasn’t very diligent with maintenance you can run into a world of misery that quickly turns this bargain sports tourer into a potential money pit. So what to look out for?

Top of the list is the swingarm, so get on your knees and give this area a very good inspection. The GT’s suspension linkages should be stripped and regreased at 12,000-miles, but this is a big bill and often gets missed on higher mileage machines, leading to seized linkages and one heck of a fight to sort. Check all is well and that they are moving freely and look greased. The next major issue is the single sided swingarm’s eccentric adjuster, which like all units seizes up due to road grime. Check the adjuster ring doesn’t look like it has been forced and ask the owner to demonstrate it moves freely and allows the chain’s tension to be altered. If it is stiff or seized, walk away as this is a nightmare to fix if it is too far gone. Next up is the motor.

In general the triple is solid, but the gearbox can be a bit weak and if the throttle bodies aren’t nicely balanced it can become jerky at low speed. Use this as a gauge as to if the owner has bothered getting it serviced by someone who knows what they are doing or has simply performed oil changes themselves at home. There are a few electrical issues reported by forum users, so watch out for warning lights and check all the systems are working, and also be wary of non-Triumph electrical accessories as they can overwhelm the slightly weak generator. Speaking of accessories…

The GT came with panniers as standard, but Triumph sold an accessory top box with an enormous 55-litre capacity, which alongside the two 31-litre panniers means you have 117-litres of storage. If you plan on touring, buy a bike with it fitted as they are hard to locate nowadays and the Triumph unit is colour-matched and has a power socket built in, making it a better buy than an aftermarket item. It is worth remembering that Triumph sold the GT with spare locks to allow the luggage to be opened by the ignition key, so always check that this is the case and if the top box isn’t fitted, see if the spare lock is included with the bike. 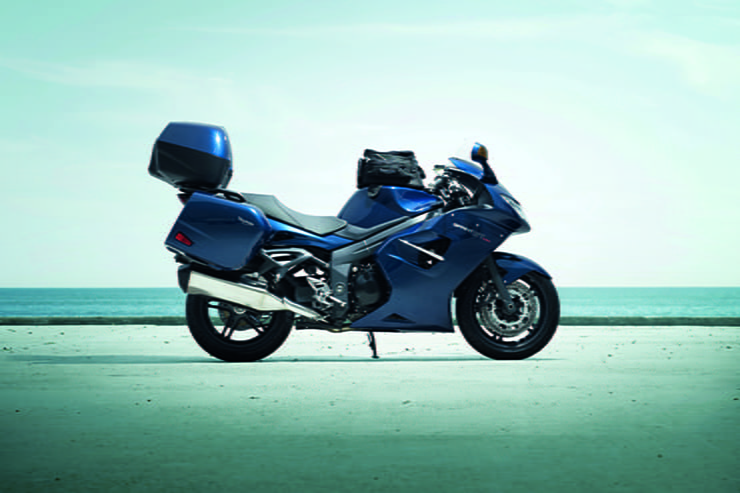 Although never actually updated in its lifespan, the GT was released in a few ‘limited’ or ‘special editions’, which were basically no more than Triumph adding a few accessories or a special paint scheme in an attempt to boost sales. The Limited Edition Sprint GT was launched in 2013 with only 50 made and the bikes featuring either a pacific blue or phantom black paint scheme with only 25 made in each colour. In the same year the GT SE was also released which came with heated grips, a touring screen, gel seat and top box as standard. 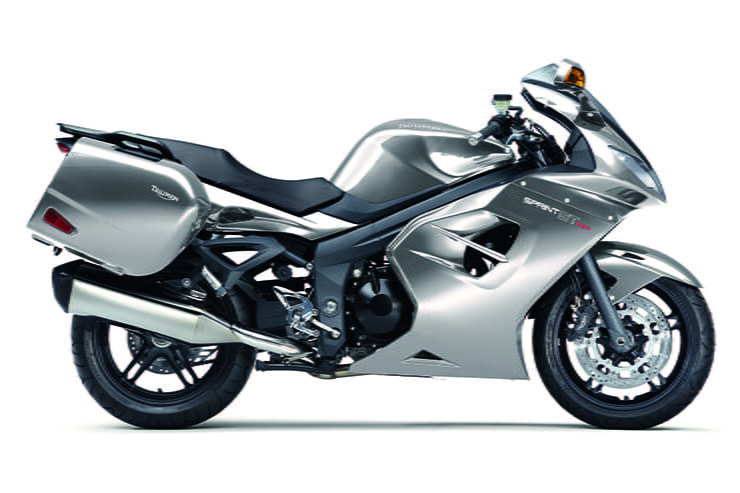 The GT wasn’t very well received in its day and as a result it remains less popular than the sportier, and arguably better looking, ST version. Where prices for a 2011 ST start at £3,800, a roughly equivalent GT is closer to £3,500. It’s a small saving, but a saving nonetheless. Prices for the GT top out at about £6500 for a 2016 bike that is fully-loaded with luggage and has a low-mileage. As with all tourers, price, specification and mileage make a huge difference to its price tag. 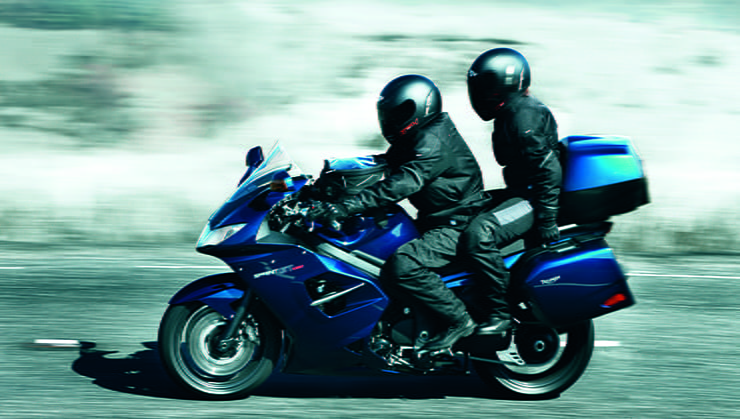 The best people to talk to when it comes to a GT are the people who actually own one, so log onto Triumph RAT at www.triumphrat.net and select the Sprint forum. It is full of owners who are more than willing to chip in and assist or give buying or technical advice.