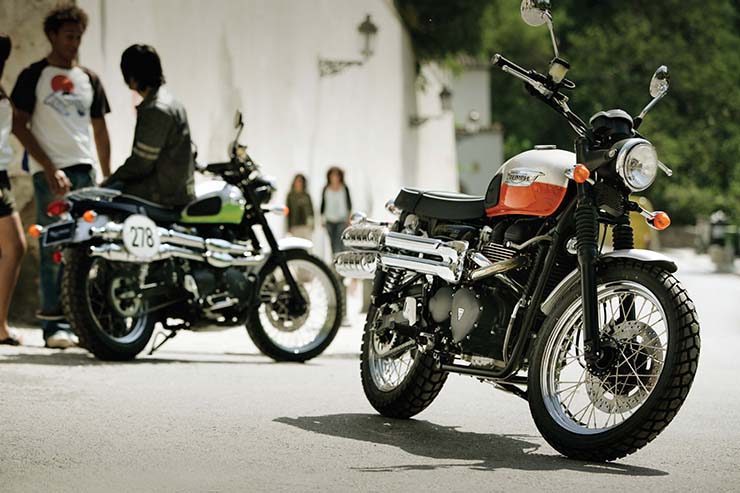 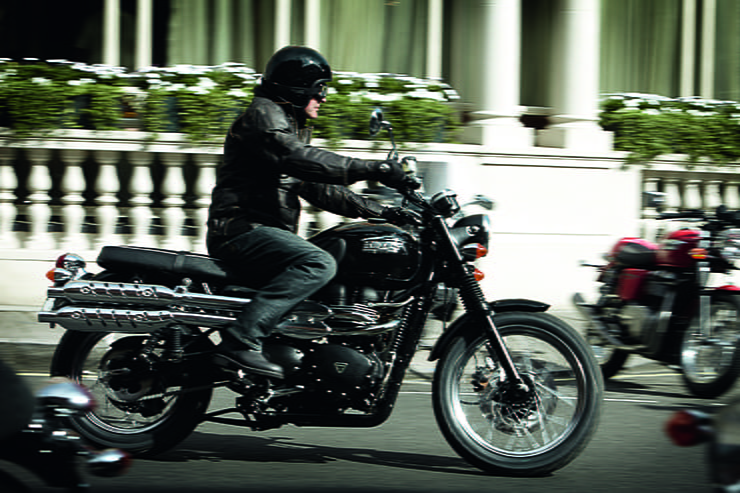 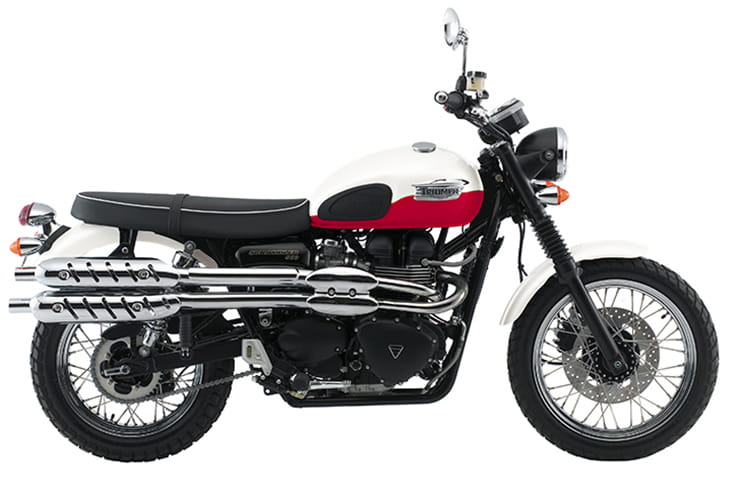 Triumph have a fantastic habit of nailing a bike in terms of its styling and in 2006 they absolutely smashed it out of the ballpark with the beautiful Scrambler. Based on the firm’s iconic 1960s off-roaders that were made even more famous by Steve McQueen riding one in the 1964 International Six Day Trial (ISDT), this modern take on the scrambler theme arrived before everyone else jumped on the bang wagon and made the scrambler name as common as muck. However as well as making the bike look good, Triumph also gave their modern classic its own unique feel.

Heavily based on the firm’s Bonneville models, and using the same 865cc air-cooled parallel twin to give it an authentic retro sound and feel, Triumph added a wonderful tweak to the Scrambler. By altering its firing order from the Bonnie’s 360-degree crank to a 270-degree one, Triumph gave the Scrambler a unique character through a different exhaust note and vibration from the motor, something that really adds to the bike’s overall appeal, especially when you fit a set of Arrow pipes to it! However in truth they needn’t have bothered as even with the stock Bonnie motor the Scrambler would have won over an army of fans due to its relaxed nature and cool styling.

If you are after a bike for cruising around on, the Scrambler ticks every box. Its high bars are comfortable, its seat nicely padded and the engine oh so chilled out. Yes, it lacks ABS, which is a bit of a nuisance when you have semi-knobbly tyres on wet roads, but this is a very small negative on what remains a very cool machine. Don’t bother taking it off-road, it is crap, instead use it for cruising around on and you will love this beautiful modern retro from Triumph. And if you do get bored of it, there is a whole world of customisation out there to add a new dimension to your ownership experience… 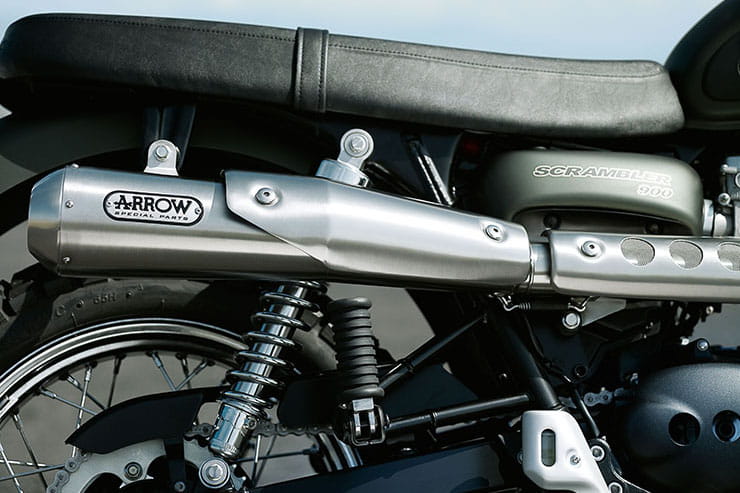 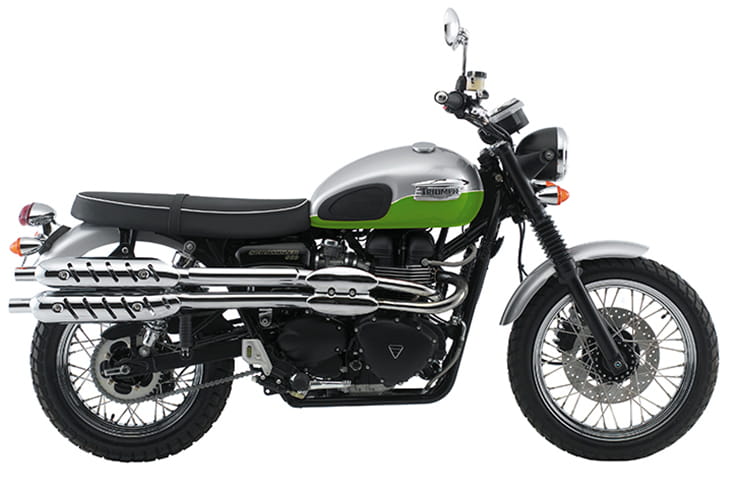 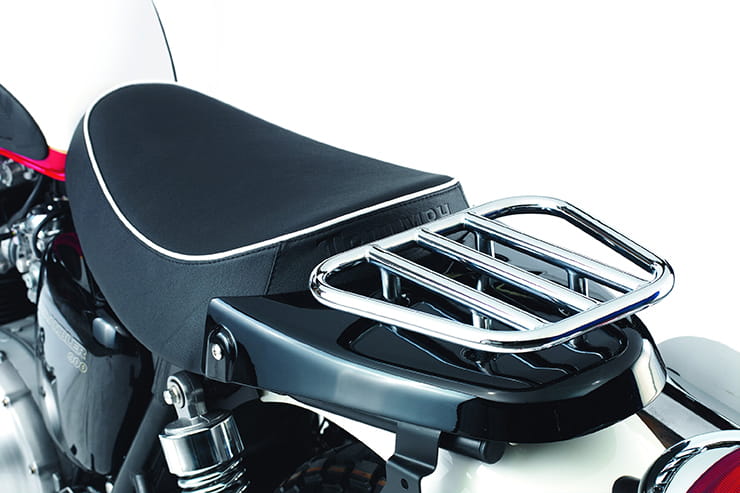 Triumph does some things very well and other less so on their modern retro range and one item that is solid is the air-cooled parallel twin motor. Faults are few and far between and aside from the occasional electrical issue caused by water getting into the wiring loom or an individual component (generally it is the coil that gets saturated and leads to a bike refusing to start or the oil pressure sensor corroding and failing) you are pretty much safe. If it starts, ticks over nicely and doesn’t have any signs of smoke on start-up, you should be safe. But do you want a fuel-injected bike or a carbed one?

While purists will sing the praises of carbs, the truth is that the injected machine is not only a touch more powerful it is actually more economical. If you are planning on using the bike for sunny runs and are unlikely to take it out over winter and instead leave it hibernating, go for an injected bike as modern fuel will probably gum up the carbs if you leave it standing. So what to look out for? Sadly, it is fit and finish…

Triumph do struggle a bit when it comes to finish and there are a lot of stories of paint flaking off a Scrambler’s motor, swingarm and fork legs, so always give it a good inspection. The shocks aren’t the most robust items in the world, so check they still have some life in them on an older machine, and also look under the fork gaiters for any signs of seals weeping. But really, aside from finish, what you seriously need to consider are extras.

Triumph sold a huge array of Scrambler bolt-ons and these make a big difference to a bike’s price tag. A high level Arrow can, luggage, replacement single seat, these all add value and are now becoming tricky to locate as they are out of production. Aim to buy a bike with the parts already fitted, just ensure you get the OE bits included as well, especially that iconic twin-stacked exhaust. 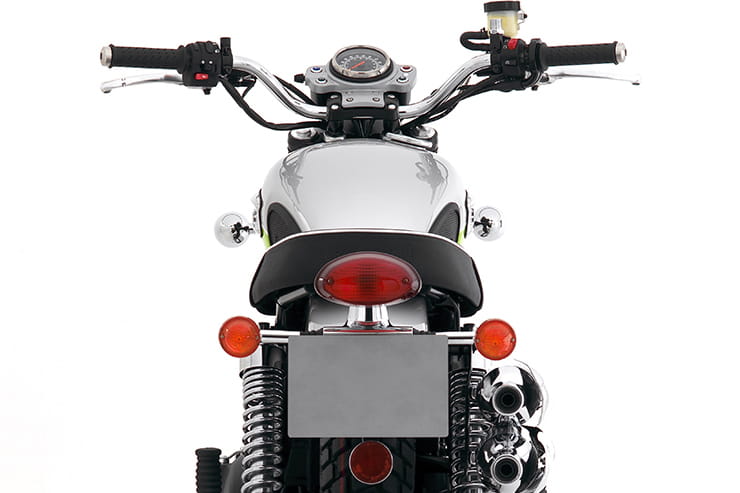 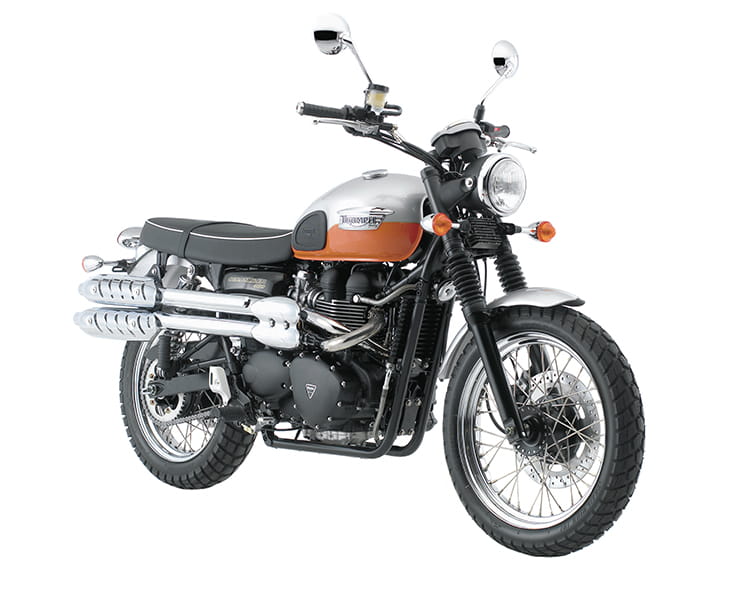 The Scrambler was launched in 2006 with silver engine cases, but these were changed to black the following year to give it a bit more of a moody look. In 2008 Triumph added a new fuel-injection system to the whole Bonnie range, including the Scrambler, and they also updated the bike’s fuel cap to make it easier to open. In 2011 it received a small update when twin clocks replaced the original single item, but aside from paint that was its last alteration before it was replaced by the water-cooled Street Scrambler at the end if 2016. In 2013 Triumph launched a limited edition Steve McQueen Scrambler. Only 1,100 of these officially licenced bikes were produced and each came with the actor’s signature on the side covers as well as a single seat conversion, various extras and khaki paint. 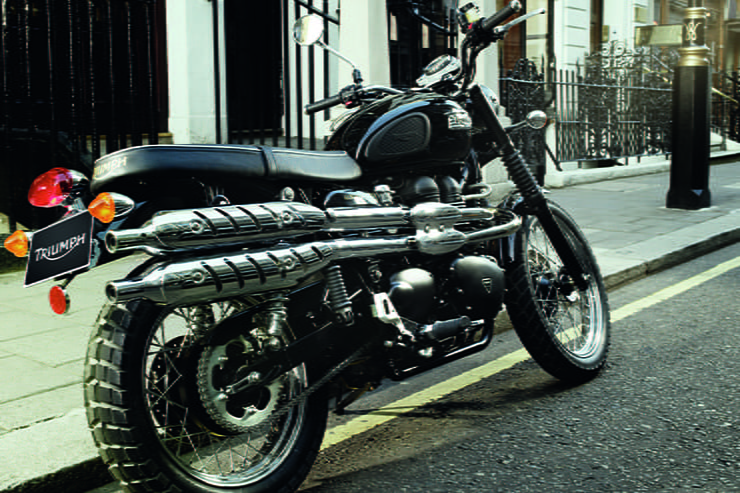 The Scrambler is bang on fashion at the moment and that means you have to expect to pay a premium for it over an equivalent vintage Bonnie model. Prices start at roughly £4,000 for a ‘silver engine’ original model in a private sale, however most dealers will ask for between £4,500 and £5,000 with extras also boosting the price tag. If you want a fuel-injected Scrambler, you need to factor in a price tag of between £5,500 and £6,000 for a 2008 model with this rising to in the region of £6,500 for a last year 2016 model from a dealer. 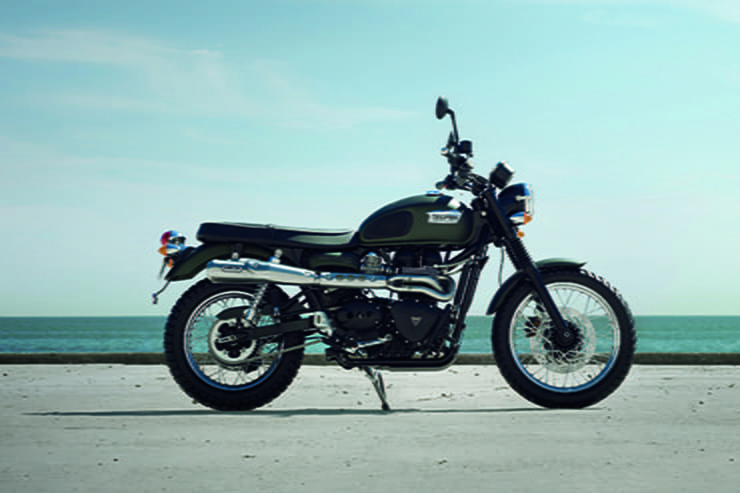 The Scrambler forum on the Triumph RAT webpage (www.triumphrat.net) is very active and covers all makes and models of Scrambler. There are also a few forums dedicated to the ‘Hinckley’ Bonnie models such as www.newbonnevilleriders.com which are worth a look.