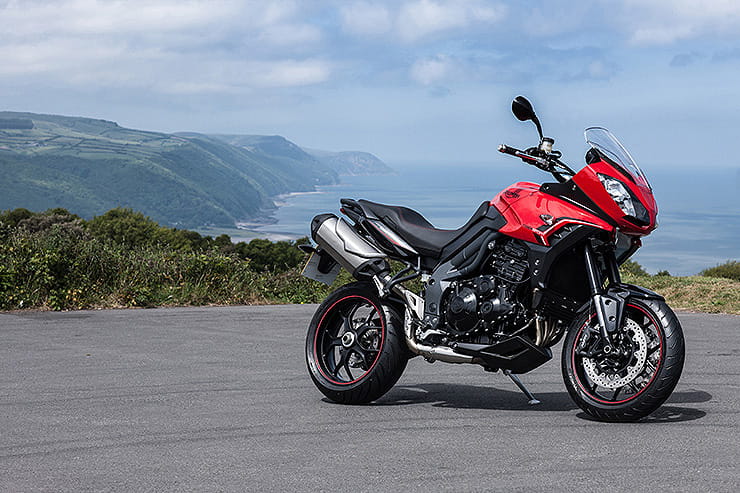 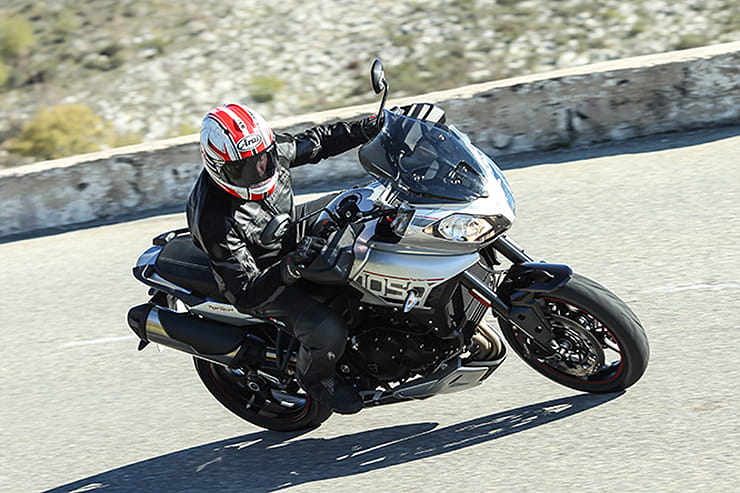 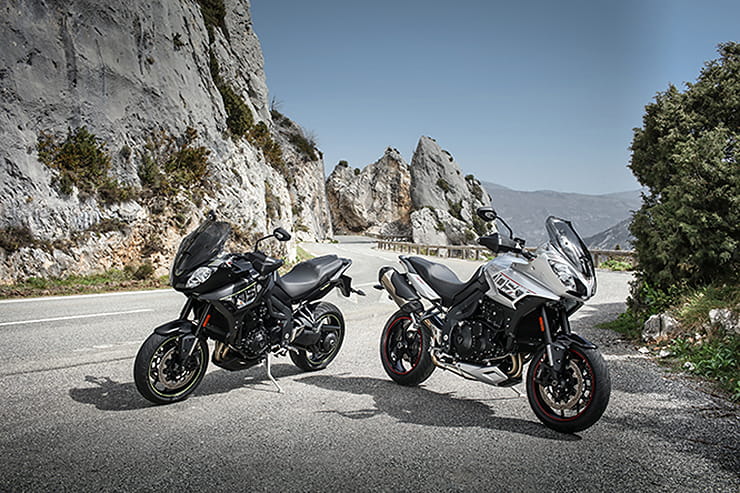 When Triumph launched their Tiger 1050 model in 2007 they shunned the generally established (and the format they had used on their older Tiger models...) rule of fitting ‘adventure sized’ wheels and instead opted for 17-inch items. While far from a big supermoto, this decision gave the Tiger a more road focus and seemed to resonate with owners as it was a good seller for the firm and remains a popular model. However after seven years the Tiger was getting a bit long in the tooth and so Triumph decide to tempt owners with a far sportier model to run alongside the firm’s Explorer adventure bike. As the name suggests, the Sport was quite a step up from the base Tiger and as well as firmer suspension it gained a single sided swingarm, high-level exhaust and sportier looks. Updated in 2016, the Tiger sport remained in the firm’s range until 2021, when Euro-regulations sadly killed it off. If you want a wallet-friendly road adventure bike with bags of charm, the Tiger Sport is a great option.

The 1050 triple motor has a lot of plus points and as well as sounding amazing has a really lovely spread of useable power. The bulk of the torque arrives nice and low in the rev range yet when you let the engine spin up it reveals a pleasing zap of top-end power as well. It’s a flexible, fun and engaging motor to use and although some parts are a bit agricultural (the gearbox!) it is a really enjoyable motor for road riding.

Based around the firm’s 1050 Speed Triple motor, the Tiger Sport does have a few variations to make the engine its own, well after 2016 anyway. Although the first generation had an identical engine to the Speed Triple, the 2016-onwards model featured longer gearing to improve fuel economy. The two engines are actually quite different in their character as despite peak power and torque being almost identical, the newer model benefits from a claimed 104 updates as well as a new ride-by-wire throttle system, which makes it even smoother and more responsive and also adds variable power modes and TC. Some riders prefer the analogue feel of the old bike, which it has to be said has less to go wrong, but if you want a better ride quality and safety assists, the updated model is the one to go for. Sadly, however, Triumph didn’t manage to fix the gearbox and both Sport models have clunky and a bit unpleasant gearbox actions. In terms of reliability, the Triple is pretty solid but it does benefit from regular balancing of its throttle bodies and the valve-clearances need checking at 12,000 miles, which is costly at roughly £600. There are reports of sensors going down on the old motor, so watch out for warning lights on the dash, and if an aftermarket exhaust is fitted always ensure the ECU has been remapped (Triumph released their own ‘performance map’). Although generally quite robust, the reg/rec and generator can become overloaded if an excess of electrical devices are used (heated grips, heated clothing etc) so just be wary of what the previous owner has fitted. 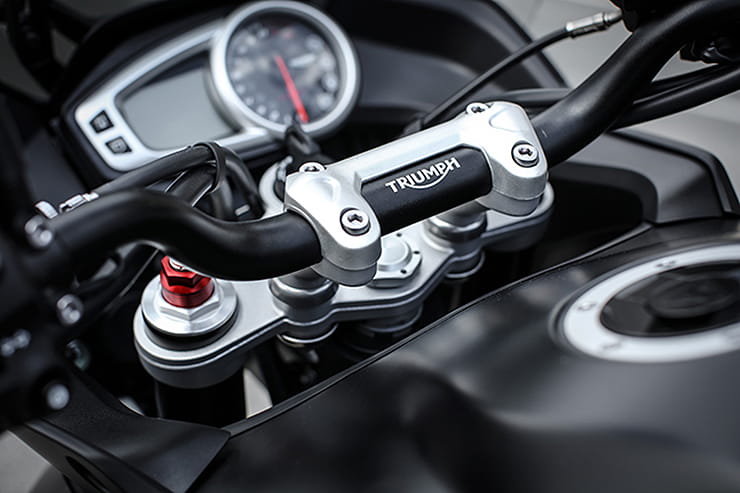 Triumph claimed between 43mpg and 66.5mpg with an average of 55mpg could be achieved on the older model while the newer bike’s ride-by-wire and longer gearing upped this by 8% to a claimed 55mpg (maybe they forgot their previous claims...) under normal riding conditions. In reality, you are looking at around the 50mpg mark, enough to get a shade over 200 miles from the 20-litre tank, which is fairly acceptable.

With the Sport’s fully-adjustable forks delivering a pleasingly firm ride quality that is sporty yet not over the top, the Triumph can certainly cut the mustard in bends. It’s no lightweight at 235kg but it is more agile and planted in corners than the normal Tiger 1050 model, so lives up to its name. The 2016 bike’s shock is slightly firmer but there isn’t much difference between the two generations. When buying used you need to be careful over the usual Triumph issues, namely the single sided swingarm’s eccentric hub and the suspension linkages. Ideally both should be stripped and regreased regularly (or at least at the 12,000-mile mark) but if this doesn’t happen they can suffer badly from corrosion, leading to seized parts and a lot of swearing/money spent to fix. If you are short in the leg, there is a lower seat height option, but the Sport isn’t too unwieldy at low speed so it’s not really much of a worry.

Both Sport models have ABS as standard but the 2016 bike’s Nissin brakes are upgraded with a stronger action delivering more bite. On the road there is little to split them and a set of fresh brake pads (with a higher friction co-efficient than the OE items) brings the older bike’s brakes up to a standard that matches the new model’s. 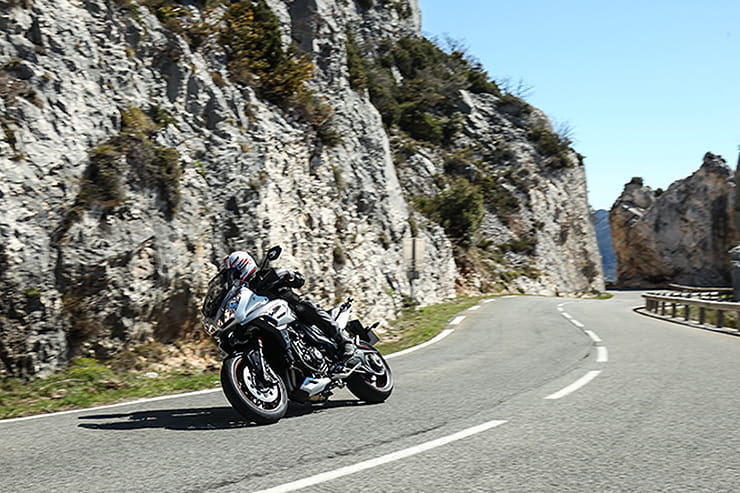 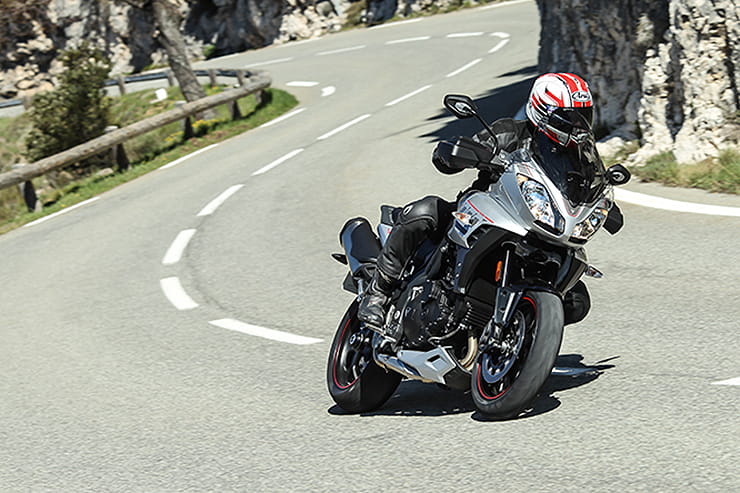 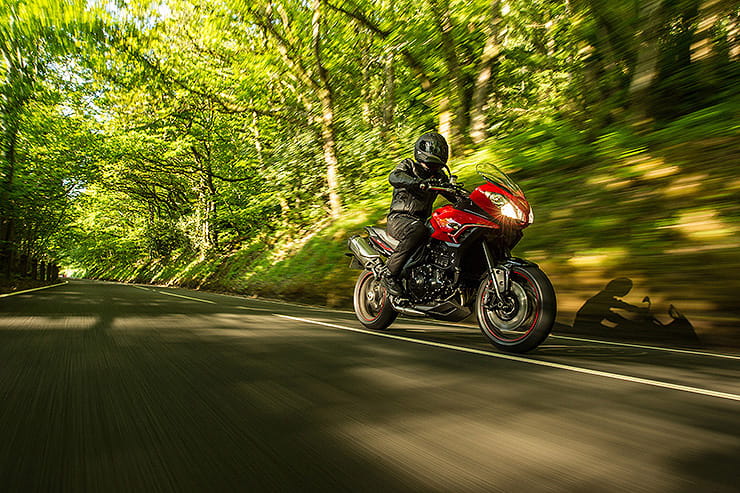 The 2016 bike has an altered and slightly sportier riding position than the older model but both machines make for excellent mile-munchers. Updates to the 2016 bike see the screen become adjustable by 55mm through five locations, which can be done on the go, but all you need is a taller aftermarket screen on the older model to match this. What you can’t add, however, is cruise control, which is a real benefit for long motorway miles and only the 2016-onwards bike boasts alongside slightly annoying self-cancelling indicators...

The first generation of Sport only got ABS as standard however the updated 2016-onwards bike comes with a far better array of assists. As well as ABS, there are three power modes (Rain, Road, Sport), traction control and even cruise control. Fairly decent if not outstanding systems, they certainly help ease the ride as well as boost safety so given the choice, opt for the later model if you can. In terms of accessories, loads of Sport owners opt for the Arrow silencer, which is a bit throatier without being horrific, while a comfort seat, luggage (panniers and a top box), crash protection and heated grips are also common. Most riders stop at this point but a few add tail tidies, brush guards (standard on 2016 bike) and a tall screen. One option that is certainly worth having is the centre stand, which annoyingly is an extra and not standard fitment!

The Tiger Sport makes for a really good day-to-day bike that is fun in the bends but also really practical and great value for money. The finish in terms of the fasteners can let it down a bit, so buy a good one and keep it that way through cleaning and liberal use of anti-corrosion spray, but the mechanical items are solid and that’s all that really matters.

Three things we love about the Tiger Sport 1050… 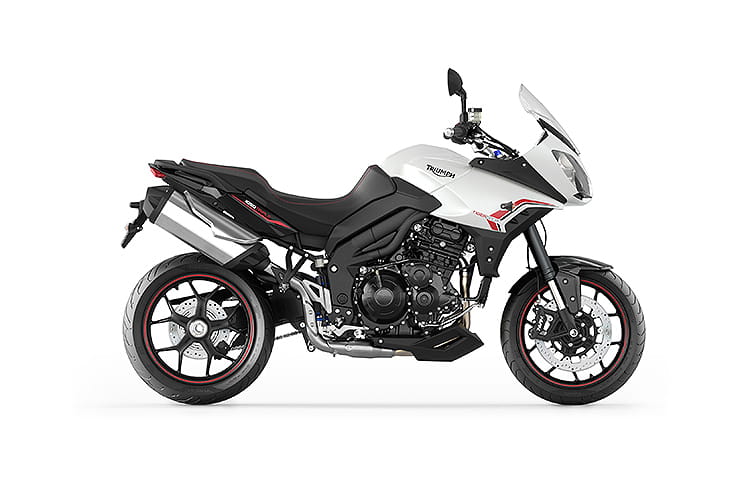 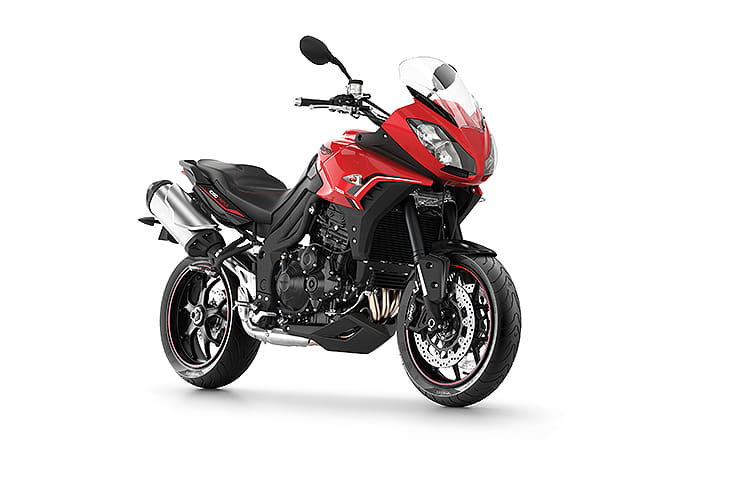 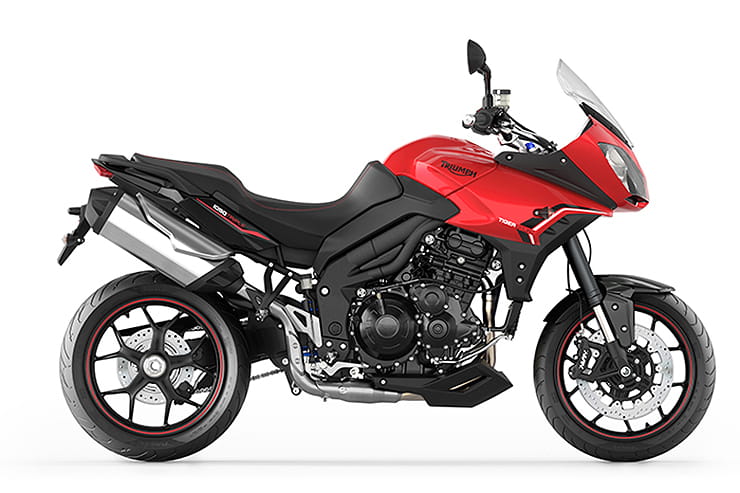