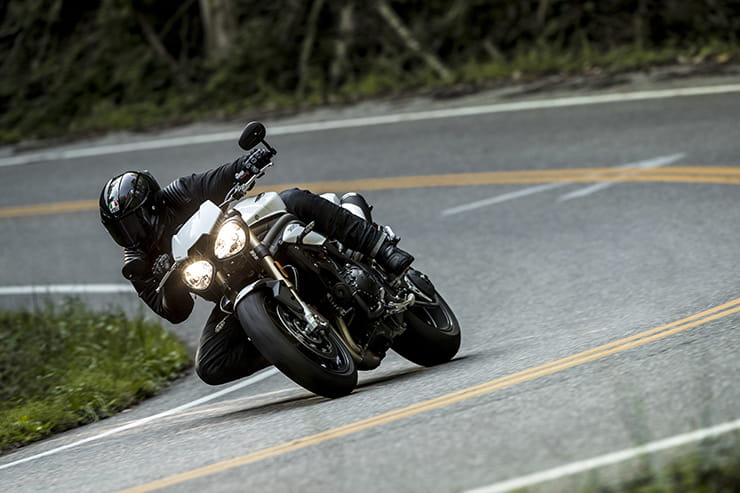 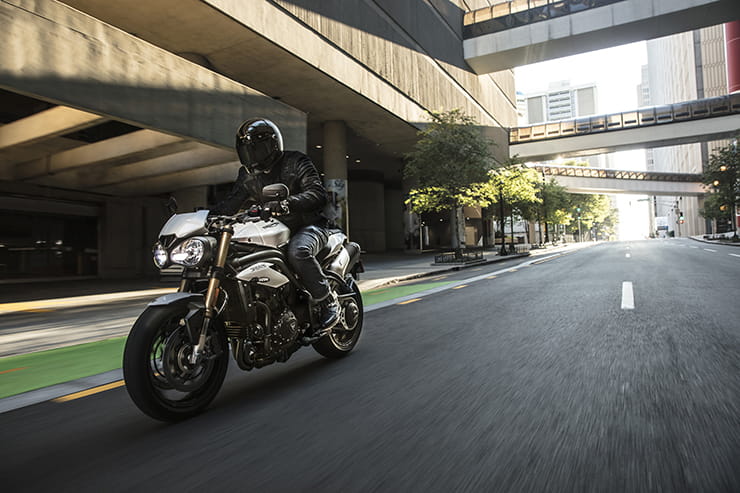 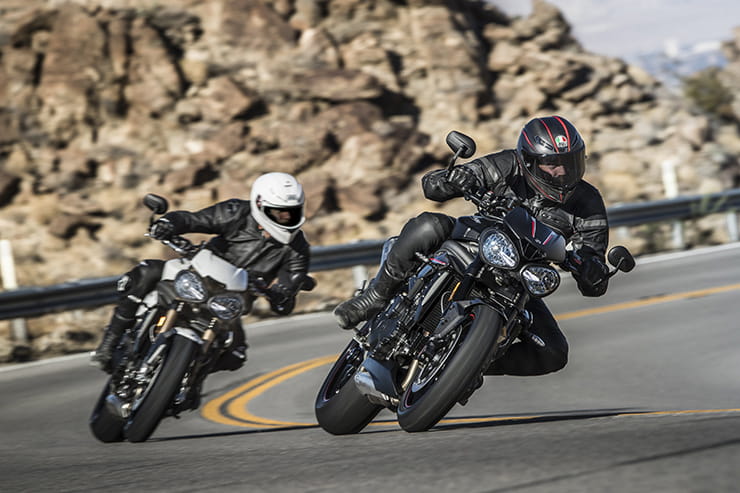 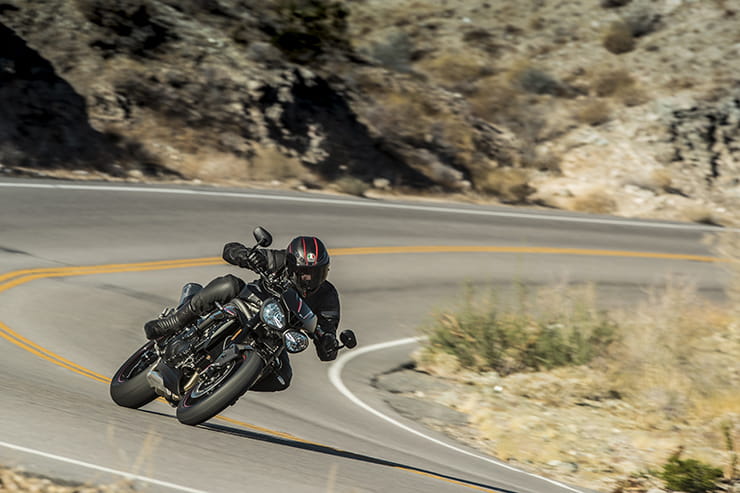 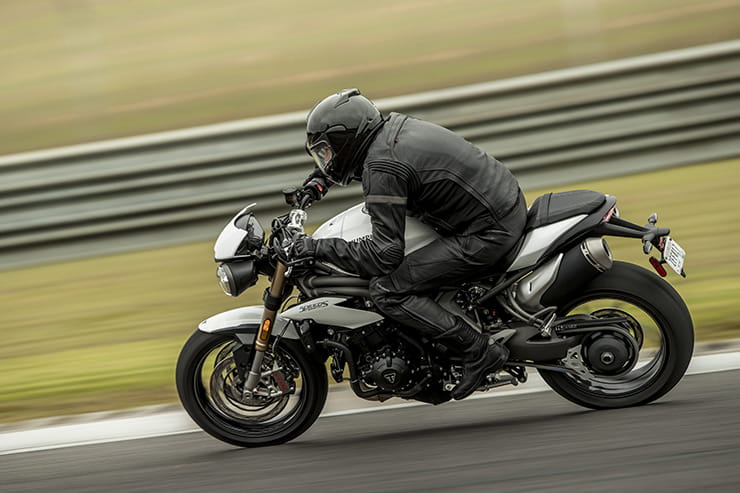 The original Speed Triple was arguably the world’s first proper super naked as back in 1994 it had very few rivals. Over the years, however, this all changed and by the time Triumph’s hugely popular naked bike had reached its 24th birthday it was in need of a bit of ‘sportification’ – happily Triumph obliged. Replacing the S and R models, the 2018 Speed Triple came in base S and top-spec RS guise and as well as a host of electrical updates also gained chassis and styling upgrades. Now replaced by the 2021 Speed Triple 1200 RS, this generation is the last of the old-school chilled-out 1050 motored bikes and you have to love them for that. If you want a spirited roadster with bags of charm, look no further.

The Speed Triple isn’t a cheap bike like the Yamaha MT-09 and with a price tag of £13,250 for the RS and £11,350 for the S, you certainly paid for the fact they were a premium product. As they are still fairly fresh in the used market (Triumph also sell them new, so look out for deals as dealers try and shift stock ready for the 1200 landing) you can’t expect too much of a bargain. You can pick up a 2018 S for £8000, which is a decent saving, where the RS will set you back closer to £9000-9500. These prices are likely to drop when the 1200 becomes available, especially if Triumph announce they are making a lower spec S model.

The final incarnation of the 1050 triple is a beautiful motor that benefits from lots of modern technology such as ride-by-wire, which arrived in the 2016 update, that all works together seamlessly. An absolutely fantastic motor for road riding, it has bags of mid-range stomp as well as a lovely top end rush but never feel too powerful or intimidating. It may not make the kind of headline-grabbing power figures that rivals hit (or the new RS claims) however when you are on a naked bike on the UK’s roads it is absolutely on the money. Well, aside from the gearbox...

Triumph claimed to have made 104 changes to the triple in the 2018 update (the motor is identical in the S and RS) and that resulted in 7% more peak power and 4% more torque. Squeezed out through a new combustion chamber, lighter crank, Nikasil-plated aluminium cylinder liners and optimised porting, the Speed Triple makes a very heathy 148bhp with a stomping 117Nm of torque on tap. Keeping very similar power and torque characteristics as before, the new motor is basically a bit better everywhere and quicker to rev without getting too giddy and ruining the fun factor that owners love. Do you need more performance on the road? Not really, a well ridden Speed Triple is more than a match for any bike on a bumpy backroad, if not possibly a racetrack. A thoroughly tried and tested motor, the 1050 is very reliable but it has to be said, the gearbox is still a bit clunky. Although it can take a quickshifter (this arrived as an option in 2016) it still feels a bit primitive to use and that is a shame. As the bike is nice and new there is no need to worry about sticking exhaust valves or the like however it is worth noting the RS comes with Arrow silencers as standard where the S has basic OE units. That said, loads of owners upgrade the S model and dealers also fitted a fair few Arrow (official Triumph accessory at £1020) end cans in an attempt to shift the less popular S model, so don’t be surprised if you see one with them fitted. Why is the S less popular than the RS? Well that all down to do with electronics... 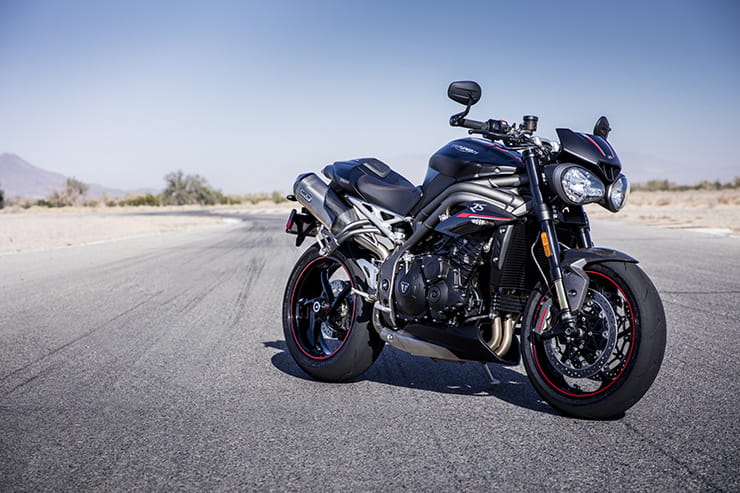 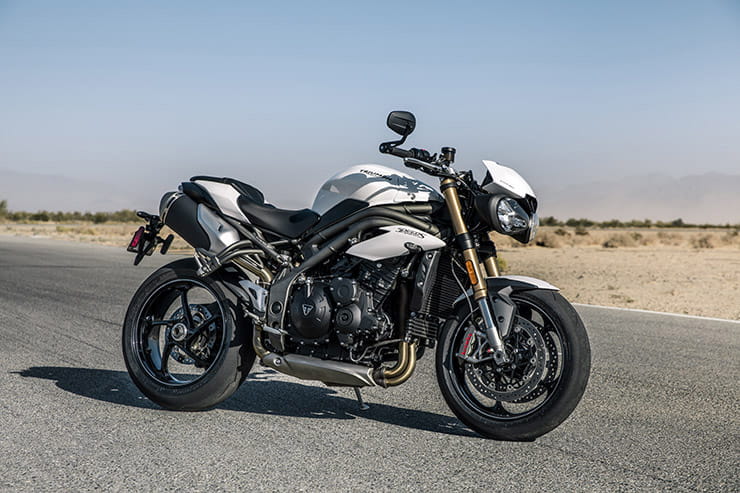 Triumph claims the triple motor delivers 5.2L / 100km economy figures, which is 54mpg in imperial units and it has to be said, somewhat optimistic. Expect to average 45mpg and you won’t be disappointed, which is a tank range around the 150-mile mark and is about all you want to cover on a naked bike.

In terms of chassis components, this is where the S and RS really differ. Although they both have the same frame and swingarm, the RS comes with Öhlins suspension where the S gets Showa units front and back. There is an argument that you only really need Sweden’s finest if you are really pushing on, and there is nothing at all wrong with the S’s Showa set-up, but it is always nice to see a gold shock spring and a set of Öhlins stickers on your forks. One benefit of the higher spec suspension that is often overlooked is the fact the Öhlins shock is fully rebuildable, unlike the Showa unit, which is always worth considering when buying used as it makes it a ‘shock for life.’ On the road the Speed Triple (in both S and RS form) managed to blend sporty handling with security to deliver a really assured ride quality that is heaps of fun on the UK’s roads. It’s not the fastest turning super naked out there but it does all that is required and never gets unstable or flighty over bumps. Tipping the scales at 189kg dry (the S is a touch heavier at 192kg, annoyingly Triumph hate quoting wet weight figures) the Speed Triple is a touch lardy but again, this extra weight makes it feel more planted and isn’t necessarily a bad thing. When buying used there is always the usual issue of a single sided swingarm bike’s eccentric hub, but in truth a bike of less than three years old is highly unlikely to have any issues there and the suspension linkages should all still be working nice and freely, which probably won’t be the case in another five years’ time...

While both the S and RS use Brembo monoblock brakes and have braided lines as standard, the S only gets basic ABS where the RS adds angle-sensitivity into the equation. It is a good system and alongside the angle-sensitive traction control is a big selling point for the RS over the S. Both the ABS and TC can be deactivated. 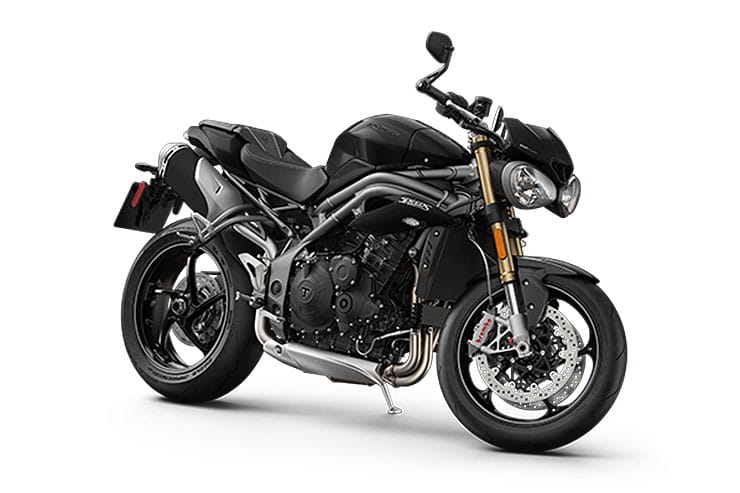 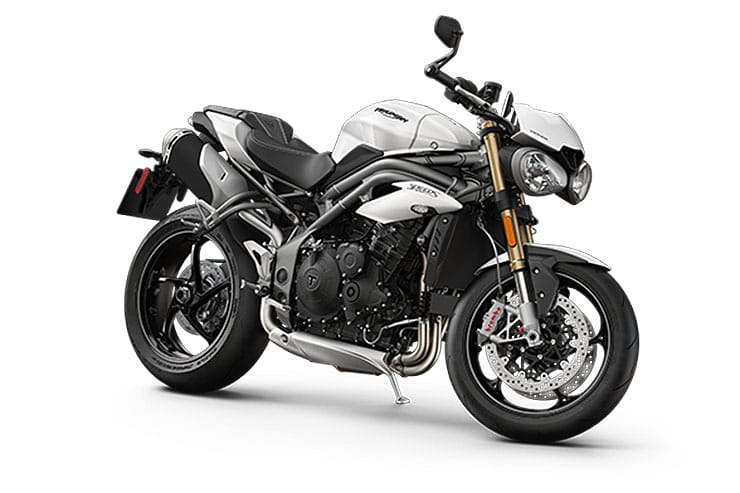 Triumph do sell some basic luggage options for the Speed Triple, but this is a naked roadster and is best suited for short hops rather than weeks away – especially if you take a pillion as the rear seat is very small indeed. A few owners fit a fly screen, which makes a small difference, and both bikes have cruise control as standard but really, they aren’t best suited to touring. Pleasingly the seat is fairly comfortable and the bars nice and relaxed – however when you do 70mph your neck starts to know about it fairly quickly...

When it comes to tech, the Speed Triple boasts quite an impressive array of electronics. Both bikes come with a 5-inch TFT display (with three displays) as standard as well as cruise control, DRLs, four selectable power modes, back-lit switchgear and ABS and traction control. The RS adds in an IMU, making the ABS and TC angle-sensitive, as well as a keyless ignition, extra Track power mode and a lap timer on the TFT dash, which also has an extra three display options. If you are talking accessories, nearly every Speed Triple has a tail tidy, loads have aftermarket exhausts, fly screens are popular and so is a pillion grab rail. Other than heated grips and crash protection, there isn’t much more you need to add – aside from a quickshifter, which annoyingly is a £340 optional extra, and maybe tyre pressure monitors.

The final generation of the 1050 Speed Triple is a brilliant road bike that is heaps of fun to ride and sporty without getting all too silly. If you can get the RS version it is certainly the better buy, mainly as you get extra safety assists and cool Öhlins suspension, but there is nothing at all wrong with the S, which is everything the RS is for 99% of the time and cheaper to buy.

Three things we love about the Speed Triple… 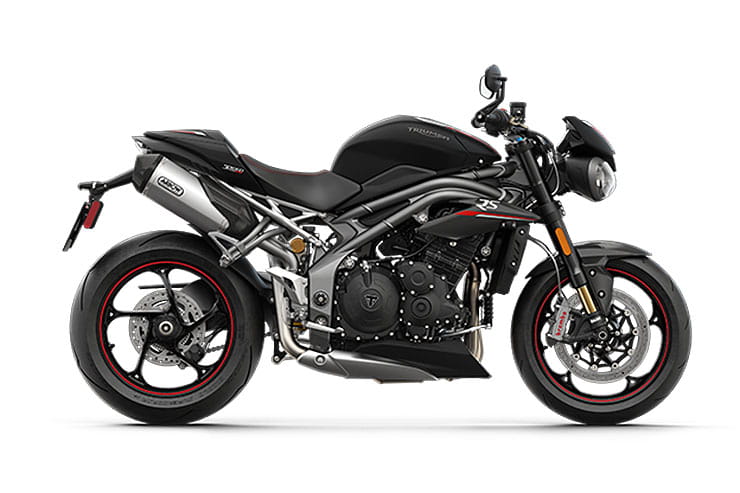 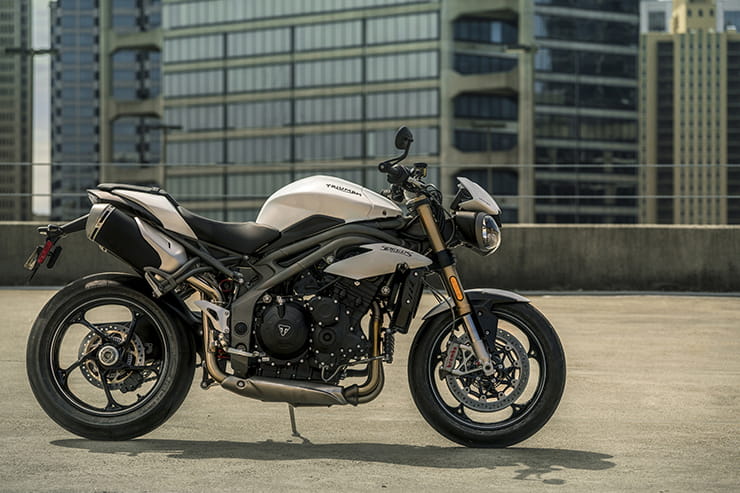