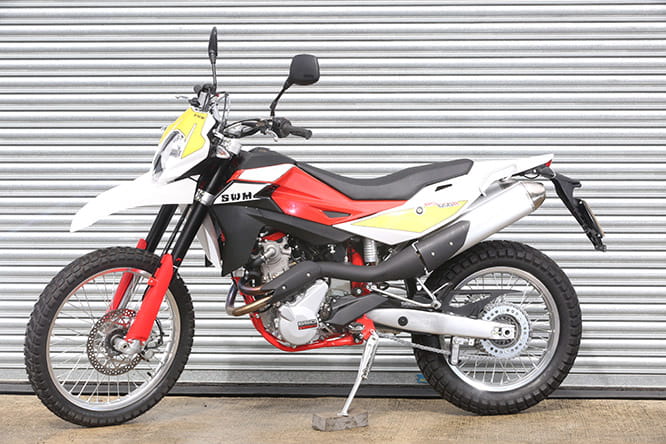 The world seems to be awash with reborn motorcycle brands – we all know about Norton, Indian and Brough-Superior. Even Francis-Barnett, one of the less classic names out of British biking history, is having a new lease of life.

SWM, the Italian maker of off-road bikes from the 1970s, is just the latest badge from the past to spring up out of the grave. It's happened quickly, with a full range of machines going on sale within months of the first announcement, though  that's because most of these new SWMs are really Husqvarnas...

To explain, the ex-Husqvarna factory in Varese, northern Italy was once  owned by Cagiva, then BMW, who sold it to KTM. The Austrians moved production to Austria, leaving the Varese factory vacant. Enter engineer Amplio Macchi, ex-Varese employee, who with investment from Chinese giant Shineray has just restarted production. With KTM keeping control of the Husqvarna brand, Macchi had to find something else, and the SWM name  was up for grabs. And it's a good choice – it's Italian and has a genuine off-road heritage (see box out).

Don't feel a dunce if you've never heard of SWM, because many people haven't – in terms of classic biking brands, it's not really up there with Triumph, Ducati and Harley-Davidson.

But it does have a pedigree. Setting up shop in Milan in 1971, SWM built a whole variety of off-road bikes though the 1970s and early 1980s – enduros, trials bikes and motocrossers – with Sachs and Rotax two-stroke motors. They had some success too, bagging the 1981 World Trials Championship.

That didn't last, and SWM went bust in 1984, but 30 years later Ampelio Macchi and the Chinese resurrected the name, which is where we came in. 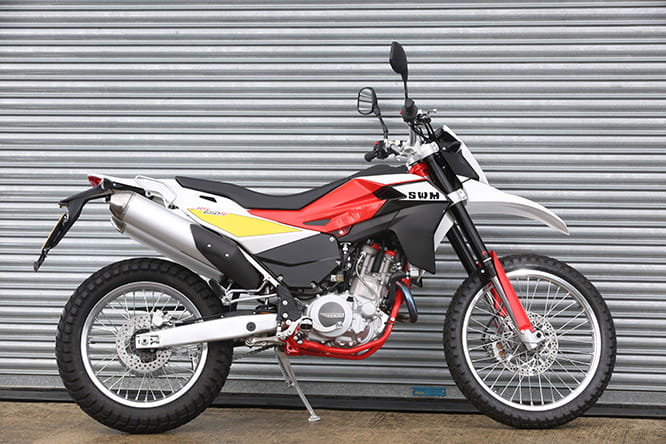 So this is why SWM has been able to hit the ground running and announce a complete line up, all of which should be coming to the UK in the next few months – there will be 300, 500 and 650cc  enduros, 500/650 supermotos and a pair of 440cc retro singles. All of them, says SWM, will be made in Italy, have quality European components and will undercut KTM.

The first to come here is the RS650 R, road legal enduro, which is basically the old Husqvarna TE 630 with new badges. You soon realise that the RS is a proper enduro with lights and indicators, rather than a softer trail bike. The dash is minimalist and the hard, narrow seat a sky high 900mm off the ground, so if you've got short legs, head for a high kerb before stopping.

Despite all of that, the SWM is being sold as tarmac-friendly, with space for a pillion and dual-purpose Golden Tyre rubber, rather than full-on knobblies. In any case, the 600cc (not a real 650 then) fuel-injected single is happy enough on the road. It's reluctant to fire up until nice and hot, but once running it really does the business. The fuelling is just right, delivering instant pick up right through the rev range, pulling hard from 2500rpm (make that 3000 in sixth gear) up to 9000rpm. There's plenty of midrange, and you can leave it in top for overtakes and powering out of sweeping corners. Vibration wasn't a big problem (nice to report on a big single) and the SWM would bop along a dual-carriageway at an indicated 70-80mph.

The test bike's gearchange was stiff and notchy, making neutral a bit of a challenge, but then it had done just 30 miles from new. The Marzocchi forks were better news though, long travel, well damped and supple, though these will soon be replaced by Kayabas, as Marzocchi has gone bust. The Sachs rear shock also did a good job, as did the Brembo discs, backing up SWM's claim that it will be using quality components.

Some details do let the SWM down. The flip-up sidestand is a pain – great for exiting the paddock at speed but not so good on greasy forecourts – and the digital instrument shows speed or revs, but not both at the same time.

Mind you, buyers will probably be more impressed by the bike's Husky heritage, and the fact that the RS650 R is over £2000 cheaper than a KTM 690R. Sure, that has ABS and the famous Austrian badge, but for many, the SWM will be a good budget alternative. 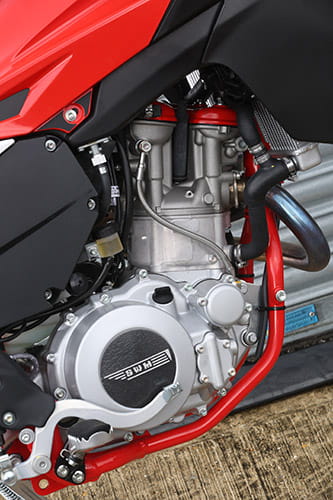 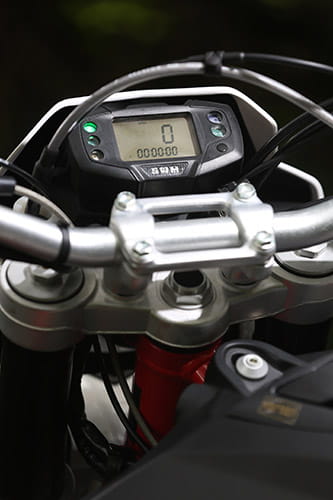 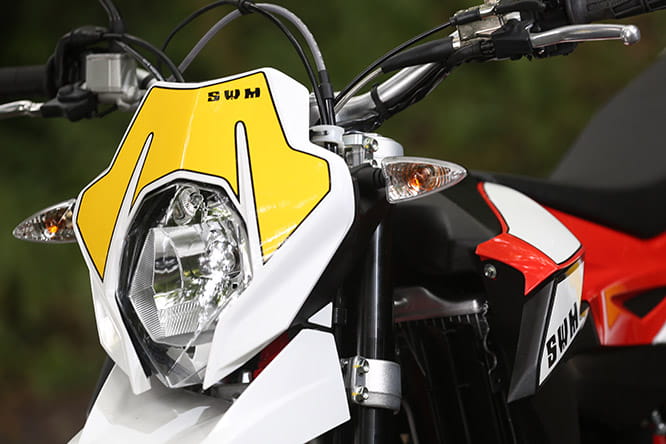 Have you owned an SWM? Tell us about it. or !