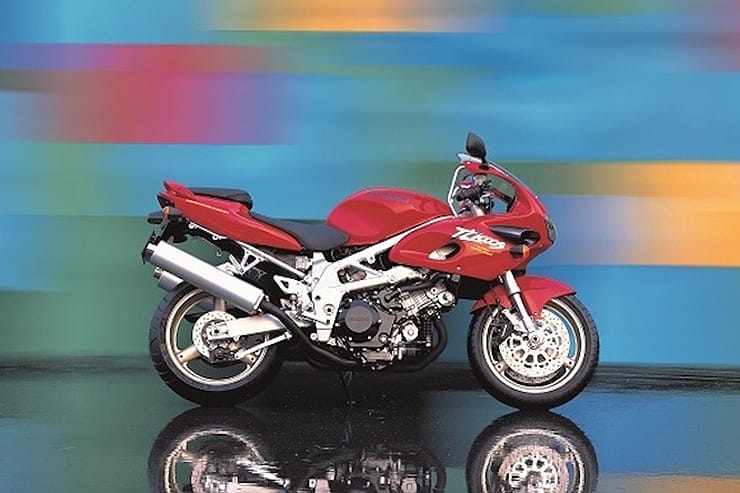 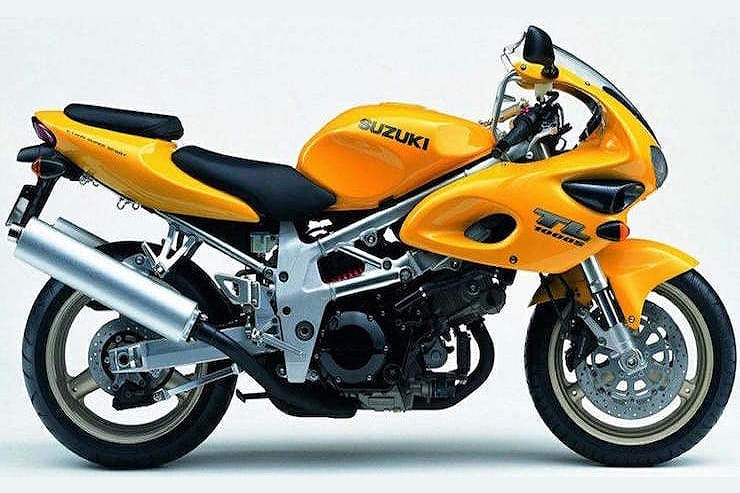 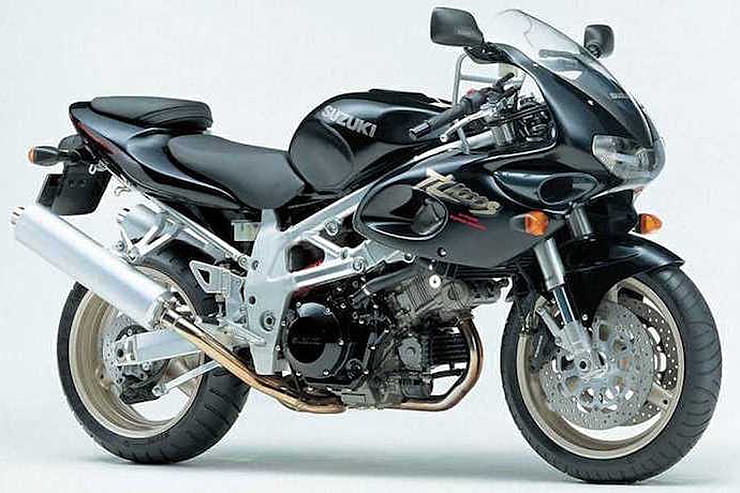 When Suzuki released the TL1000S in 1997 it is fair to say it wasn’t expecting the reaction it received. In fact, the next few months were the stuff of nightmares as phone lines to Japan went into meltdown, lawsuits were threatened and eventually the bike was recalled for a highly embarrassing safety update. It’s fair to say the TL1000S was a complete disaster for Suzuki, but were we all being a bit dramatic?

The TL1000S, or ‘widow-maker’ as it was very quickly dubbed, was a brand new concept for Suzuki. Seeing the popularity of models such as the Monster, and with V-twins the 1990s must-have engine thanks to Ducati’s WSB domination, Suzuki decided to build their own version of a sporty naked V-twin. The problem was they went overboard and didn’t bother listening to the firm’s European testers…

The result was an impressively punchy V-twin sportster with over-sharp steering geometry, radical rear suspension that couldn’t keep pace and, as a consequence, a reputation as a tank-slapper. Although quickly recalled and remedied via a steering damper and engine tweak the damage was done. Today, however, the bargain, ‘bad boy’ TLS is regarded as something of a cut-price, connoisseur’s classic.

At launch the TL was a reasonable £7,999, on par with Honda’s softer Firestorm, but problems at the launch and some details revealed that development was slightly rushed. After being discontinued in 2002, with its reputation in tatters, used examples could be had for a snip. Slowly, however, the TLS’s stock has risen, its ‘bad boy’ reputation having a certain cachet, its handling able to be improved, its booming V-twin and sound gaining admirers and its value proving almost irresistible. Even today, with prices on the rise, a good, sorted TLS can be had for well under £3000 with many owners citing little offers the same fun and character for the price.

The problem with investing in a TL1000S is the fact so many have been butchered. As well as the shock being replaced with an aftermarket unit on the vast majority of bikes, frames like to crack around the shock mounting point (this was another recall) and the finish is pretty terrible. Add to this the chances of finding one with its OE exhaust cans and you are really up against it. But they are out there; it just takes a lot of looking. 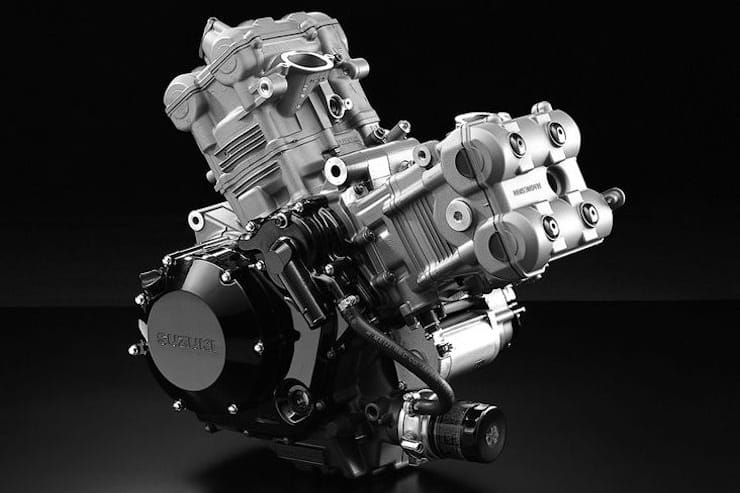 One of the highlights of the TLS is its engine and power delivery. The all-new V-twin originally produced a punchy, dynamic 123bhp, enough, in fact, to quickly find the limitations of its chassis and suspension, particularly out of slow corners. The resulting backlash prompted Suzuki to restrict second year (1998)-on bikes to a more modest 110bhp by retarding the ignition in the bottom three gears, but the damage was already done. If you’re not sure which your bike is, unrestricted TL1000S ECUs have ‘00’ as the last two digits, restricted bikes have ‘01’. Most survivors today will have been reverted to original spec.

At the heart of the TL1000S was a brand new, water-cooled, DOHC, 90-degree V-twin motor displacing 996cc and originally pumping out a claimed 123bhp. Although original bikes were flawed the motor is still considered something of a gem and, apart from the similarly flawed TL1000R, went on to be used in the SV1000 and V-Strom 1000s as well as the Cagiva Raptor and Bimota SB8. Generally it’s a sorted, reliable unit. Post ’98 the black box retards the ignition in the bottom three gears but it’s a cheap fix to get it back. Standard twin exhausts are now rare with many owners switching to louder Yoshimura or similar systems, which make the TLS sound incredible. The gearbox is a typically slick Suzuki six-speeder. James Holland at www.jhsracing.co.uk is the UK’s foremost TL expert and owns an immaculate TL-S. 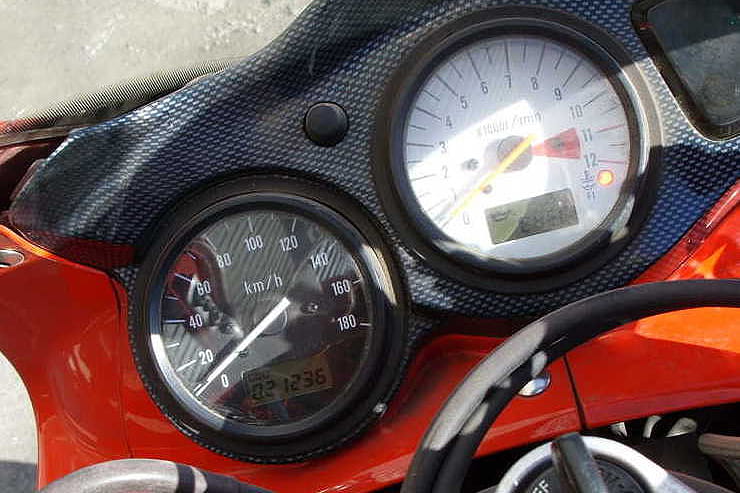 At the end of the day the TLS is a punchy, performance litre bike that tends to get ridden hard so economy was never going to be its forte. Even so, we’ve still heard of bikes with consumption dropping down to the low 30s, which is fairly extreme. In more general use expect mpgs in the low to mid-40s, which, from its reasonable 17-litre tank, should return a usable range of around 150miles.

Developed in Japan, the TL1000S employed some radical new technology including a controversial rotary rear damper. At the time, Suzuki claimed that, due to the size of the V-twin motor, they simply didn’t have any room to fit a conventional shock and therefore turned to F1 to find a solution. Very quickly Suzuki discovered that what works very well on a car, doesn’t necessarily work on a bike.

Even at the bike’s launch on a smooth race track in Miami, there were concerns about the TL’s lively front end. The combination of a V-twin’s instant punch and very sporty geometry, not to mention ‘that’ damper, made the TL shake its head. What would it be like on bumpy European roads?

As soon as the first TL’s landed in the UK the motoring press was filled with horror stories about the bike’s handling. You couldn’t read anything about the TL without the words ‘tank slapper’ and ‘widow-maker’ in them and after several serious accidents, Suzuki recalled the bike to have a steering damper fitted. Over time many owners went so far as to replace the rear unit completely. All that said, most examples to day have benefitted from carefully set-up suspension so much that, although still lively, there’s little to genuinely fear today. http://www.tlzone.netis an owners’ forum packed with fans, advice and recommendations. 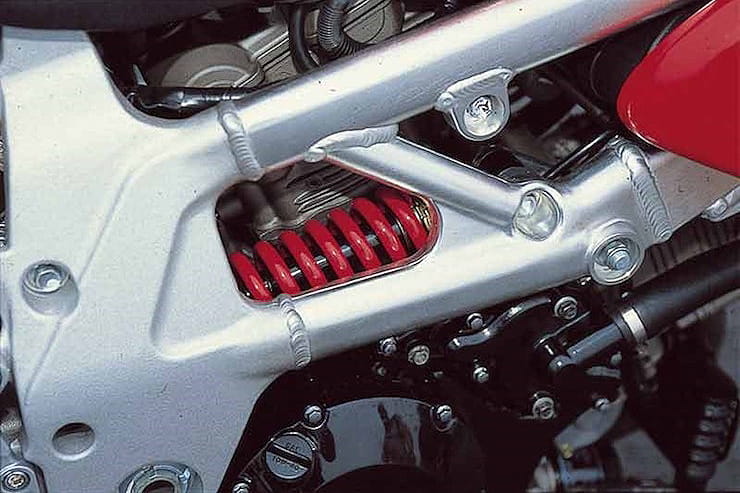 Although a generation behind the latest radial calipers and sophisticated ABS systems, the TL1000S’s brakes, comprising twin, big 320mm discs grasped by meaty four-piston calipers are typical of sportsbikes of the late 1990s and more than up to the job. Further improvement can come by fitting braided steel lines and performance brake pads.

Although a sports V-twin, the TL1000S was intended as a ‘road sports’ machine in the style of Ducati’s Supersport 900 and 1000 (hence also the half fairing and red livery) with its sister bike, the beam-framed, fully-faired TL1000R, which arrived in 1998, designed as the more full-on track sportster. Accordingly, the TLS has a slightly more relaxed, upright and comfortable riding position that’s more suited to the road, Make no mistake, that doesn’t mean the TLS is an all-day comfy tourer, but it’s certainly not bad and more than capable of gobbling up a tank of fuel at one reasonably comfortable sitting.

Dating from 1997 the TLS is another bike from the pre-fuel injection/ride-by-wire/electronic rider aids age. There are no electronic riding modes, no ABS and, apart from a small LCD digital panel alongside the conventional tacho (which is white faced) and speedo this is most definitely an analogue bike – which is all part of its appeal. Apart from that, however, it is a little basic. Build quality isn’t brilliant, being prone to rust in some areas, the fairing strut are crude and are another tell-tale sign of its rushed development and there’s no pillion grab rail. 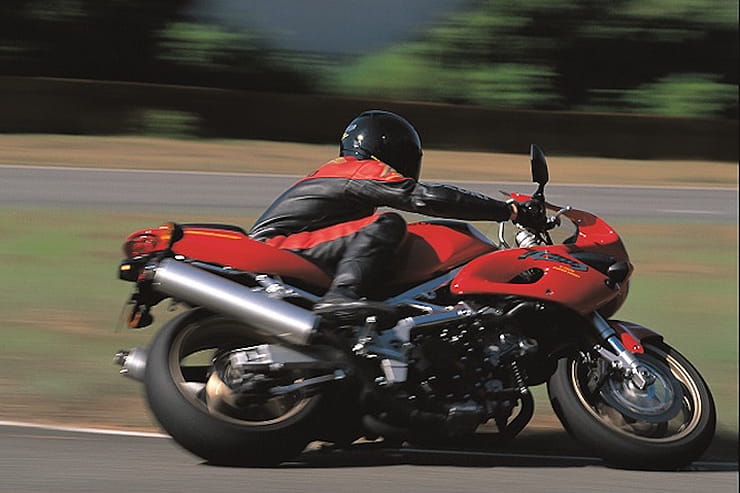 After another sales disaster with the follow-up TL1000R in 1998, Suzuki pulled the plug on the whole TL project and by 2001 both models were killed off. Over the subsequent years, however, the very thing that dented TL-S sales was now beginning to work in its favour – that and its bargain used price. Everyone likes a bike with a reputation and the TL1000S’s as an evil bit of work made it very appealing to a certain section of riders. And it is this notoriety that makes it a bike with a strong appeal as a connoisseur’s classic today – if you can find a good one.

In an ideal world you will stumble upon a 1997 model with the original ECU, OE cans tucked away all safe and sound in a neat box, standard indicators and the rotary damper left untouched. Find such a bike and you should be able to make a few quid on it in a few years as this is a bike with a story to tell and a reputation that makes it stand out. Good luck with that search…

Three things we love about the TL…