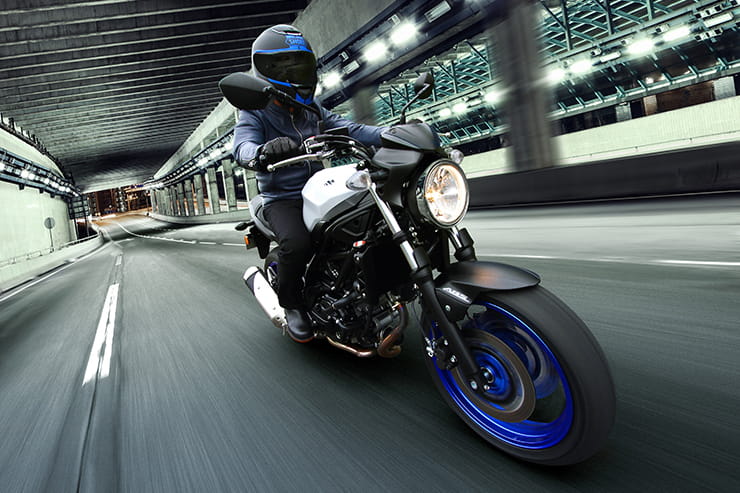 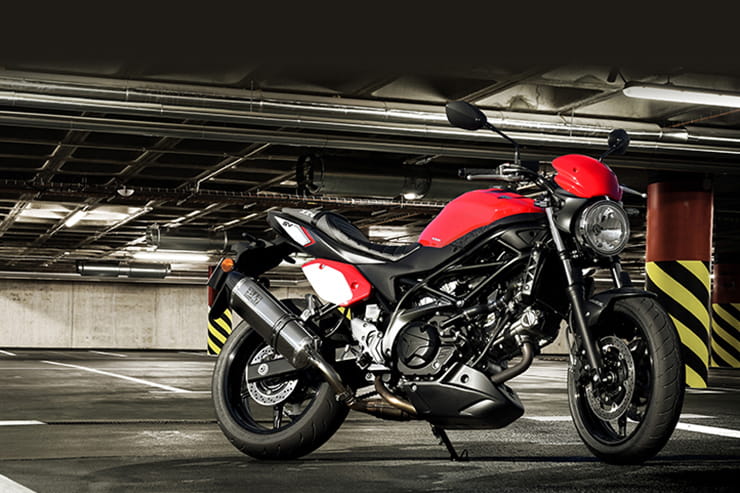 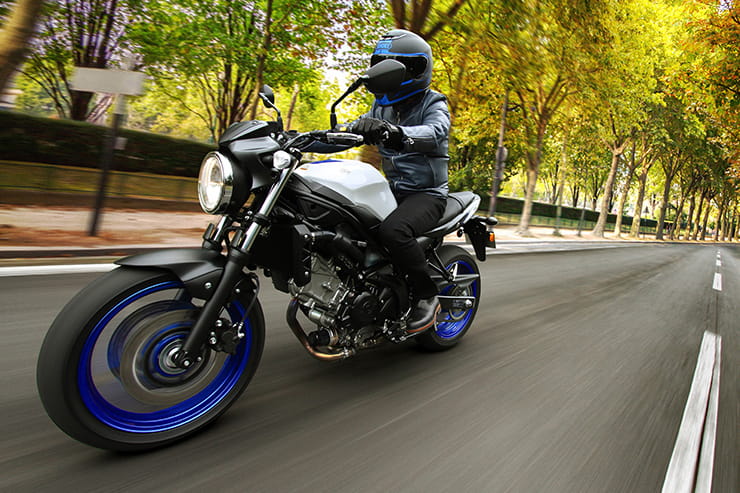 In 2016 Suzuki updated their hugely popular, but it has to be said generally overlooked and outdated, SV650 with – a bike that looked a heck of a lot like the old model, just with a new frame. And even that looked quite a lot like the frame used on the Gladius model... So what was the story? Well, according to Suzuki the SV650 was an all-new bike and as well as more performance, lighter weight, better fuel economy and improved user-friendliness the updated SV650 (sorry, new SV650) would set a higher standard in the middleweight class. Considering this class included the benchmark Yamaha MT-07 as well as Kawasaki’s ER-6n (and later the Z650) that was quite a bold claim. Did it succeed? Not really, however if you are after a bargain middleweight that is bags of fun to ride and very reliable, the ‘old-faithful’ SV650 isn’t a bad place to start your search.

In some ways it is very hard to criticise the SV’s V-twin’s performance because it really is a lovely motor that is wonderfully flexible considering its small size and also really spirited and fun to wind up and get working. But, and this is quite a big but, when you compare it to the MT-07 it feels lacking in power and just a bit flat and uninspiring. Why on earth Suzuki didn’t give it a bit of extra capacity during the update, which they claimed involved over 60 new parts, is not only a mystery but also a massive missed opportunity. If you are new to riding then you will love the SV’s relaxed attitude and fun factor, however when you grow in confidence you will probably be left wishing for a bit more oomph... If only it was an SV750... 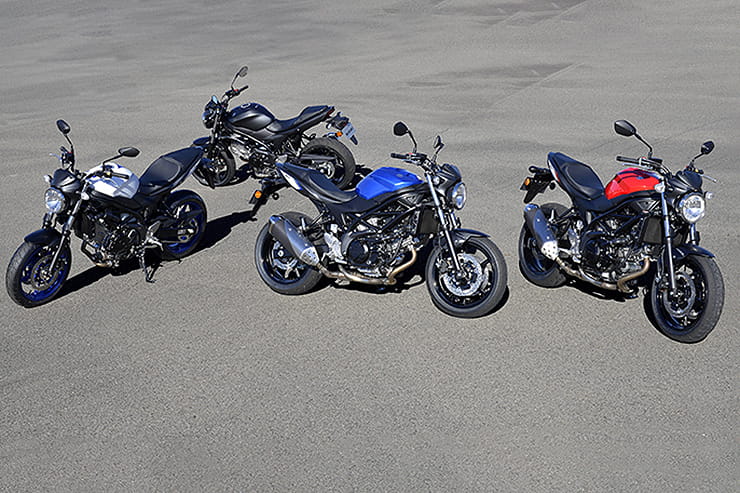 Suzuki did claim that there are 60 new parts within the 2016 SV’s motor, however you get the feeling that is basically counting every new washer... Bore, stroke, everything is identical however the updated bike has gained 4bhp over the Gladius but no increase in torque. So what is new? Basically the pistons, plating on the cylinders and the fuel map. However when you are talking fuel systems there is one quite cool feature, Suzuki’s Low RPM Assist, which automatically raises the revs very slightly when the clutch is being let out to help prevent an embarrassing stall. New riders may appreciate this, the rest of use probably won’t know it is even there. So it is basically the old dual spark SV motor (made Euro4-compliant) and that means it’s lovely and reliable, will run for ever and is very easy to maintain at home. That’s the good news, the bad is that the front spark plug/coil will get corroded unless you fit a longer mudguard, cam chain tensioners are known to wear, the exhaust studs will rust (on the front cylinder again) and the water run-off hole from the front cylinder will become blocked and require a bit of wire shoved up it to clear it and help prevent the spark plug corroding. In terms of the gearbox it is very solid and the exhaust, which is a new design and lacks the Gladius’ lower chamber, is prone to rust and cracking where the pipes meet.

Suzuki claimed to have improved the fuel economy on the 2016 SV650 and during testing BikeSocial averaged a fairly respectable 56mpg, which equates to a tank range of approaching 175 miles. That’s not bad but when you factor in insurance, servicing and buying the SV is a very economical machine to own and run. 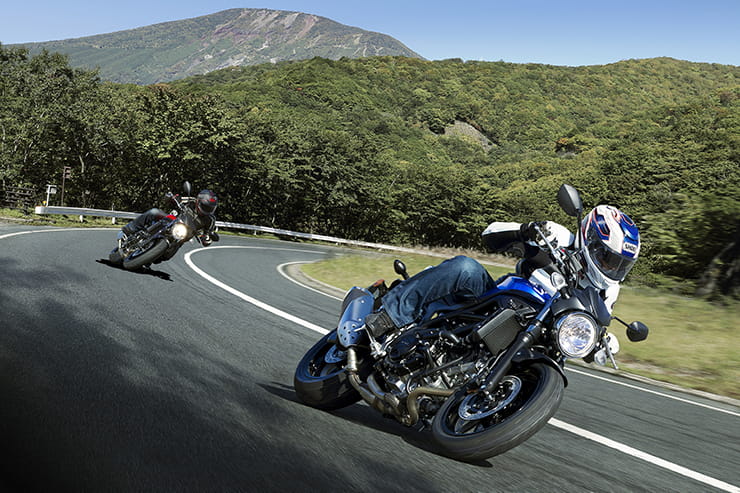 It might look like the Gladius’ frame, but Suzuki claimed the steel trellis chassis on the 2016 SV650 was all-new with 70 new parts and components built in to achieve a lighter overall weight. Design aside, the fact of the matter is that the SV remains one of those bikes that when you look at its conventional (non-adjustable) forks and basic shock you don’t expect much from – and then you ride it. Far, far sportier than you would give it credit for, the SV is a sweet handling bike that can really be enjoyed in the bends as it delivers far more than the sum of its parts suggest. You can lean it over to the point its hero blobs scrape, it flicks from side to side with minimal effort and feels incredibly secure. It’s just a fabulous blend of agility and stability and while the suspension is a touch soft, that certainly doesn’t dampen the party. And when you want to take it easy it is just as happy cruising around with an easy-going nature, low seat height and lovely natural balance.

It has to be said this is one area that the SV is a bit of a let-down. Yes, you get ABS as an option (standard fitment on later bikes) but the two-piston sliding calipers are a bit cheap-looking in comparison to its rival’s four-piston units. There isn’t a huge amount wrong with them, certainly nothing that a set of braided lines can’t fix, but they lack kerb appeal. Not only that, they do have a reputation for sticking if used in winter and not kept nice and clean, so check for corrosion on the sliders. 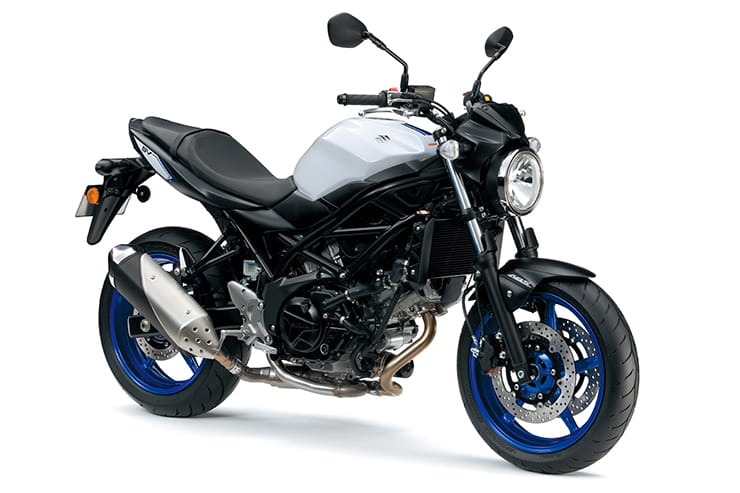 Despite a ‘racier’ harder seat, the 2016 SV is a really comfortable bike thanks to its upright riding position. In the update Suzuki also slimmed down the SV’s waist, making it far easier to get your feet on the ground, which is reassuring for newer or shorter riders. Would you take it touring? With a bigger screen and heated grips there is the potential for weekends away, but if you want to go touring buy a V-Strom 650, which is basically an SV650 in adventure bike guise and is a great machine. That said, the SV does have luggage loops under its seat, which is a neat feature.

To be honest the SV is lacking in electronics. You get ABS, Low RPM Assist (the engine revs rise slightly when letting out the clutch, to avoid stalls) and Suzuki Easy Start (you don't need to hold the starter button in, just press it once) alongside an LCD dash that has a fuel gauge and gear indicator but there is no traction control, which arguably isn’t really required. In terms of accessories, a lot of owners protect the motor through a belly pan and there are heated grips, mini indicators, tail tidies, screens and luggage options – as well as a retro model! In 2018 Suzuki launched the SV650X, which is a fairly lazy attempt at turning the SV into a modern retro and is probably best avoided due to its uncomfortable riding position. If you do want that look, all the parts are available separately. 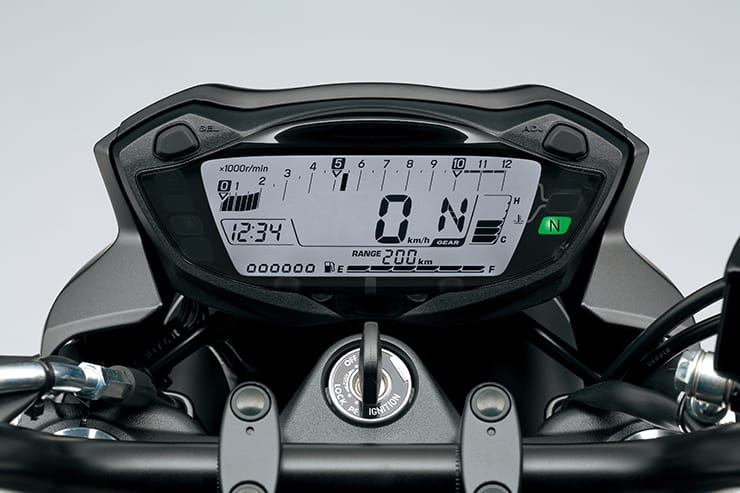 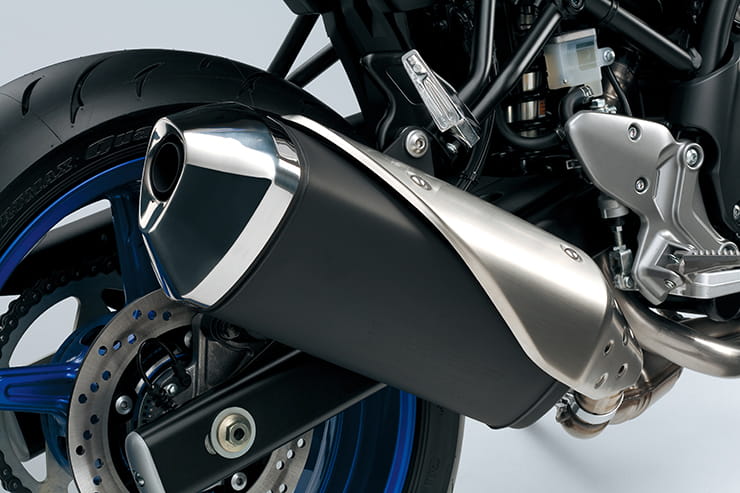 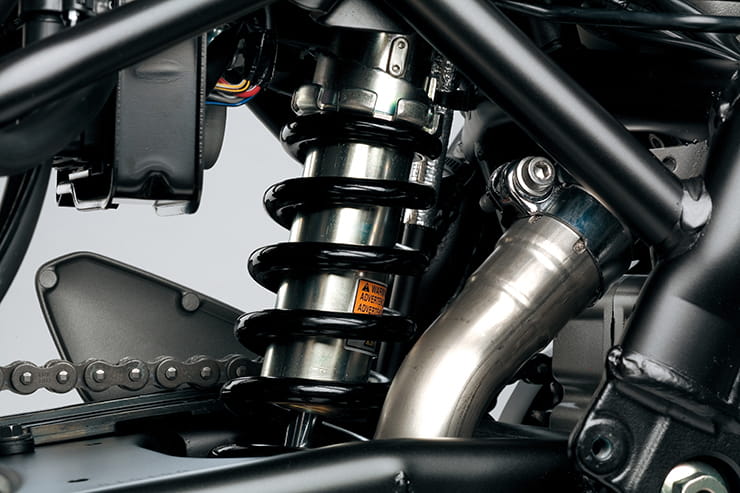 It is easy to knock the SV650 because its look is a bit dated, the motor hasn’t changed substantially for donkey’s years and it lacks the blingy components its rivals boast, however when you ride one it is impossible not to fall for the charms of this excellent middleweight. And when you see its price tag...

Three things we love about the SV650…