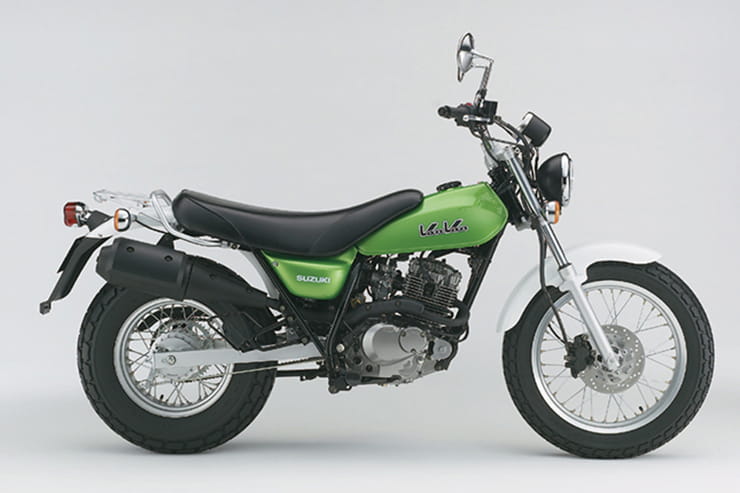 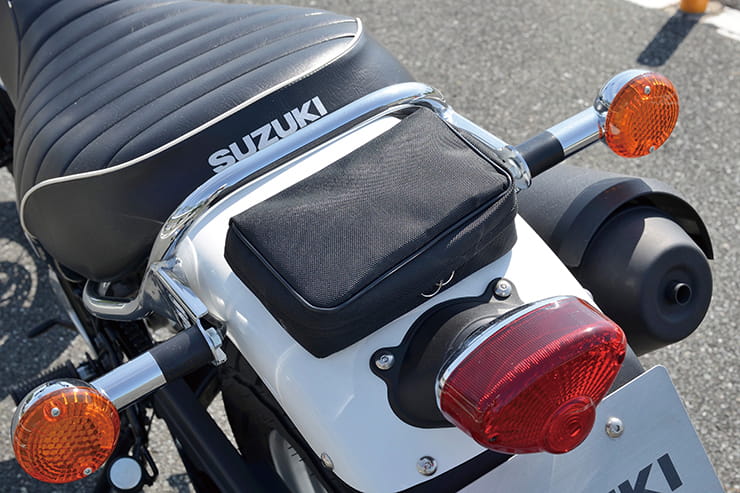 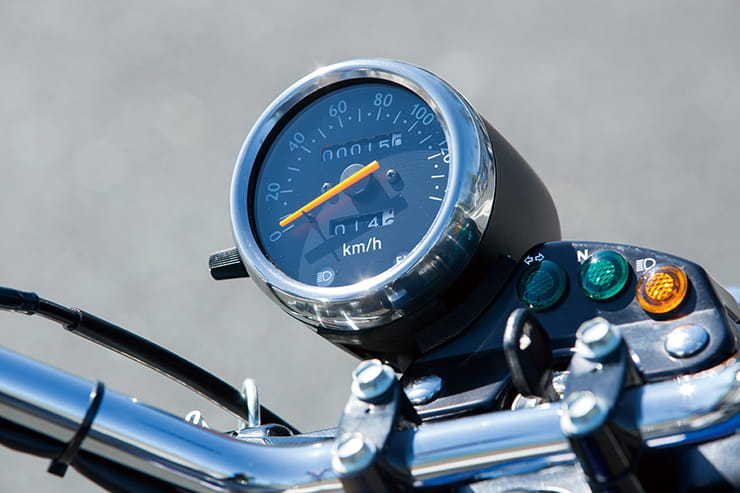 You will either get the retro charm offered by Suzuki’s quirky VanVan, or you will dismiss it as a piece of nostalgic nonsense. It doesn’t matter, just like a VW Beetle, Fiat 500 or Citroen 2CV, this is a vehicle that some view as totally ludicrous, but others fall head-over-heels in love with. Here at Bike Social, we are most definitely in the love it camp…

Originally launched in California (where else?) in 1972, the RV125 VanVan was aimed at cool surfer-types who wanted to cruise the streets in their flip-flops and also be able to ride onto the beach, hence the huge over-sized balloon tyres. Well, there is nothing less cool than having to get your bike dug out of a sand dune, is there? However having been a hugely popular machine in the seventies, the VanVan soon faded away as the cool set found other things to spend their money on in the early 1980s – such a shoulder pads or make-up. But with retro the new cool, and presumably spurred on by other icons such as the Beetle and Mini being reinvented for a new generation, in 2003 Suzuki re-imagined the VanVan. Well, we say re-imagined…

Boasting an air-cooled 125cc SOHC motor, the modern VanVan isn’t a huge step forward in terms of technology when compared to its predecessor. Ok, it has six instead of five gears, but basic, cheap, motoring has always been at the heart of the VanVan’s outlook on life and styling is far more important than performance. And on this front Suzuki have nailed it!

The modern VanVan manages to pull off retro charm with consummate ease. As well as some fabulous retro paint schemes, the wide seat, balloon tyres and tall bars all add up to make the VanVan look like a true 1970s survivor. But as well as looking cool, the VanVan is a hoot to ride. Slow, but still a hoot.

The air-cooled single cylinder motor makes a paltry 11bhp (a 200cc version arrived in 2016 bringing a more respectable 16bhp but it lost one gear in its gearbox!), but it is frugal and can power the bike up to around 60mph, which is about all you really need. Despite looking ludicrous, the fat tyres provide surprising amounts of grip and the massive seat is lovely and comfortable. But at the end of the day this is a bike all about its visual appeal and the VanVan is such a cool bike it is guaranteed to put a smile on your face. A real sunny Sunday bike for zipping to the shops and back to buy your surf wax. Dude… 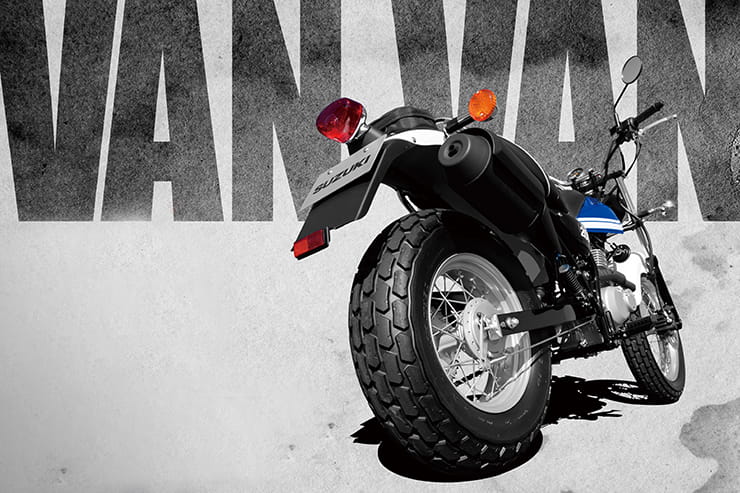 The VanVan 125 is a budget bike and as such has fairly poor build quality. If you ever take a VanVan to a beach you can expect to leave with one that has grown more fur than Teen Wolf on any exposed metal parts. It really is very poorly finished. With this in mind always give the bike a thorough inspection for corrosion as you are going to be looked at on a VanVan, and you don’t want to be seen riding a shonker.

Despite its weird 130/80 18-inch front and 180/80 14-inch rear sizes, the VanVan’s balloon tyres aren’t expensive with a rear around £89 and a front £70 from a recognised brand with import tyres available for as little as £90 a pair. And the same goes for consumable items, which are very cheap. Be wary of sticking brake calipers as the single sliding unit on the front (the rear is a drum!) isn’t very robust and as you would expect on such a bike, be wary of crash damage. Oh, and check no one has robbed the tools from the funky tool pouch on the seat!

The single cylinder air-cooled engine is pretty much bullet-proof, however if it has been run low on oil (few owners are that sympathetic to the VanVan’s mechanicals) it can develop big end issues, so listen out for a worrying rattle or excessive smoke on start-up. Finally, and this is a bit of an odd one, check you are buying a Suzuki VanVan as there are a few cheap Chinese imports that look almost identical… 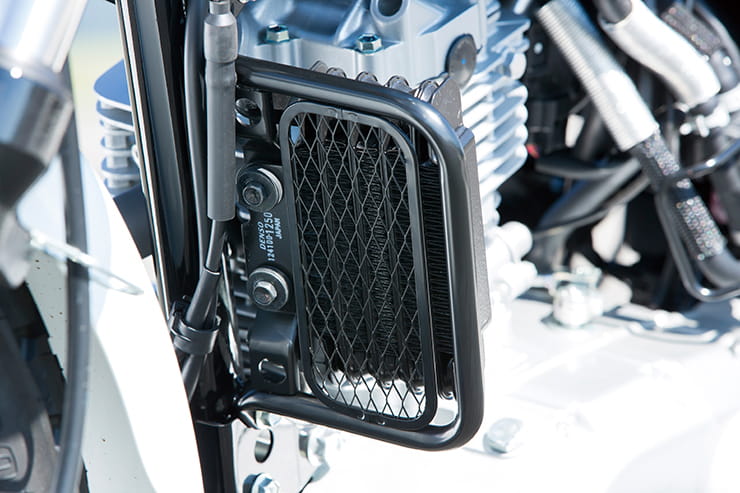 The VanVan 200 joined the VanVan 125 in 2016 and you can easily identify the bigger capacity model by its side-mounted oil-cooler. Weirdly, the 200 has a five-speed gearbox where the 125 has a six-speed unit. Other than paint, the VanVan was never updated or altered in its lifespan before both models were discontinued in 2017 due to Euro4 emissions laws. 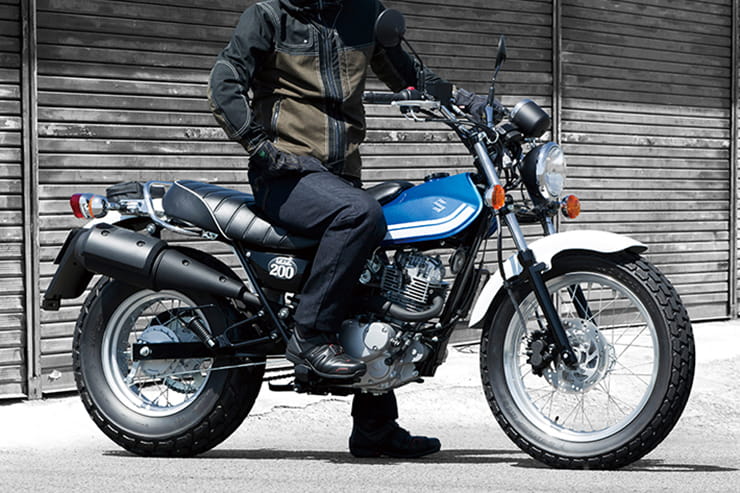 The VanVan 125 was a cheap bike to buy new (£3199) and used prices are also pretty rock-bottom. If you go through a dealer you can expect to pay in the region of £1,800 to £2,500 for a tidy one with new (well, virtually) bikes going for £3,000. A VanVan 200 is likely to cost closer to £3,000 as they are fairly rare. Avoid dealerships, hit the online auction sites and you can snap one up for less, however you will need to give them a very thorough inspection in the flesh before sticking a potentially winning bid in as pictures can be quite deceptive… 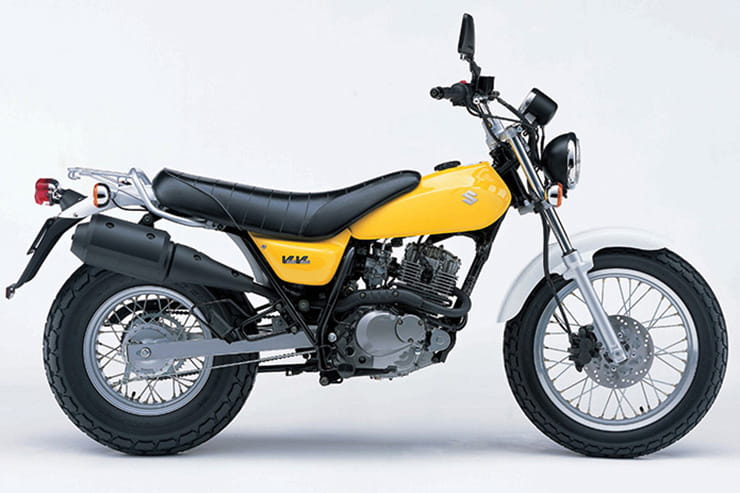 For a little more guidance from those in the know, why not visit the VanVan UK Owners Forum or even the VanVan Facebook page.