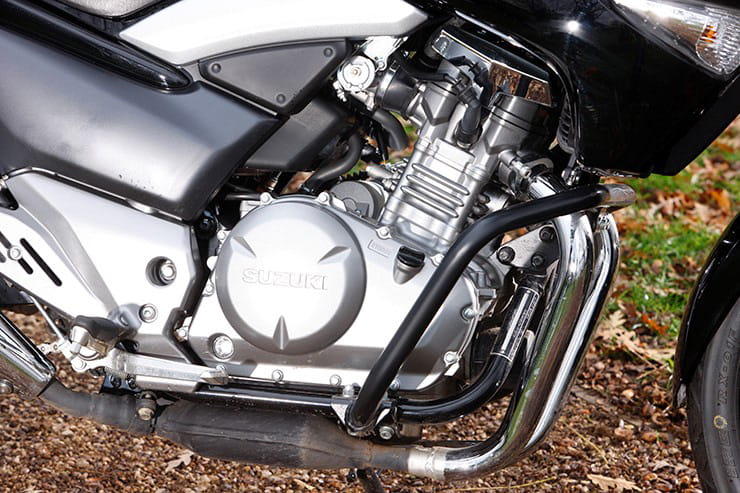 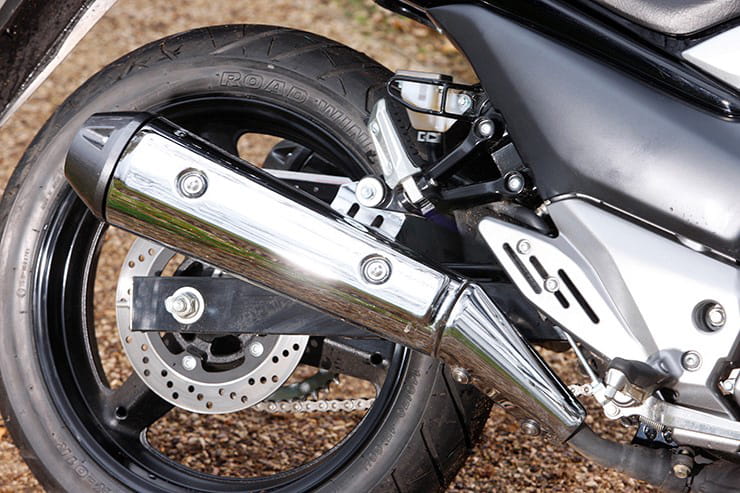 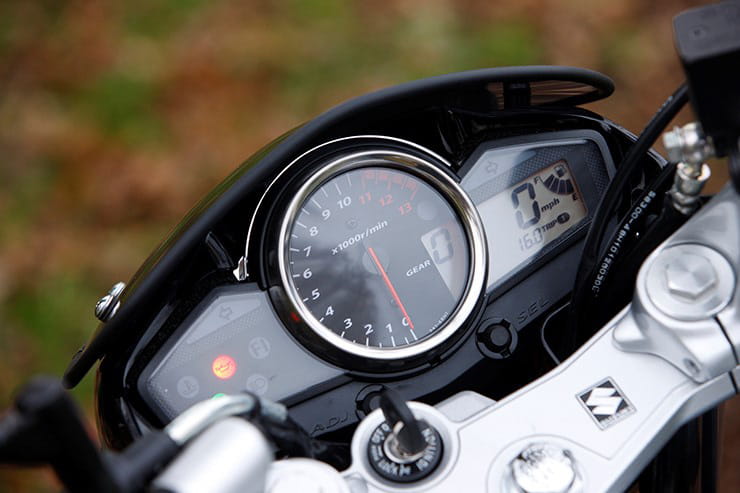 The Inazuma was designed with one very definite purpose in life – to provide budget motoring. With this in mind you have to forgive it the fact it was built in China and not Japan because if you want a price tag that in 2013 when it was launched was just under £3,500, the reality is you need to take advantage of cheap far eastern manufacturing processes. But is this a bad thing? It depends on what you are after and all things considered, the Inazuma offers a fairly decent level of spec.

Approach the Inazuma with the correct mindset and it reveals itself as a charming A2-legal bike that is ideal for city life. Ok the name is a bit odd (and a touch ironic seeing as it means lightning in Japanese) but the parallel twin is reasonably smooth, has a moderate amount of midrange and a lovely light gear change and clutch action, which is all a commuter can ask for. Although it will power up to an indicated 86mph (eventually) it isn’t rapid getting there but that’s not too much of a worry because riders will be far happier to see it delivering economy figures in the 80mpg area than a blistering 0-60mph time. Add to this a comfortable riding position, light handling, clocks that even include a gear indicator and softly sprung suspension that happily deals with the UK’s many potholes and the Inazuma 250 easily justifies its very reasonable price tag.

Although the Inazuma’s budget nature means ABS is lacking, which is a bit of a shame on a bike aimed at newer riders and those who commute in a city, if you look at its running costs and price tag, it is hard to fault this no-frills commuter. 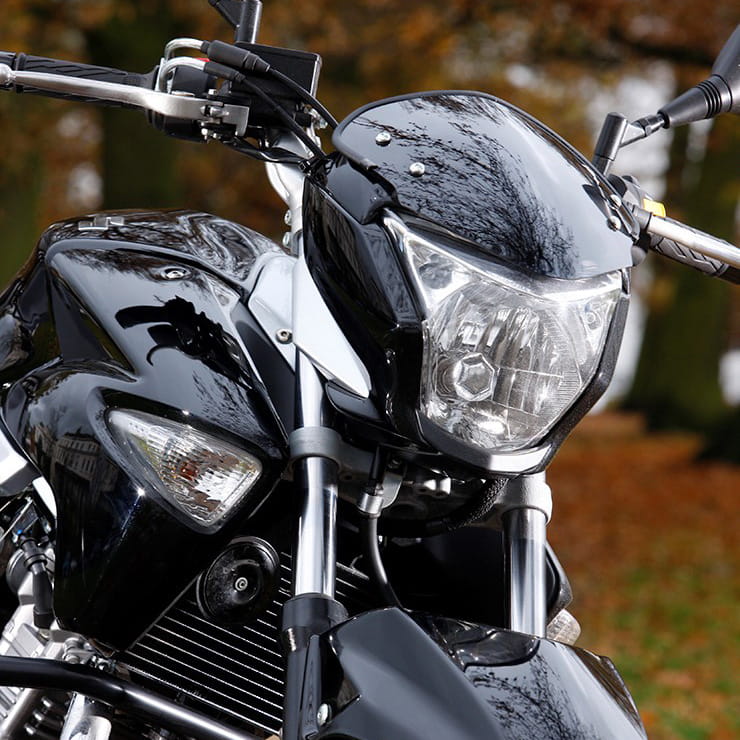 The Inazuma is a budget bike and as such you have to lower your expectations slightly in terms of the level of build quality.  It may be less than seven years old, but due to the quality of some fixtures and fixings they tend to show their age fairly badly, especially if you are looking at a commuter hack that has been used throughout winter. Owners report the exhaust is quite prone to rust, so use this as a gauge to the condition to expect the rest of the bike to be in, and be very wary of seized brake caliper sliders.

Owners generally tend to fall in to one of three camps. Training schools often use the Inazuma as it is cheap to buy and run, light and parts don’t cost the earth. Commuters are also tempted towards the bike due to its excellent fuel economy and so are newer riders who are wanting a budget-conscious way onto two wheels. All three of these scenarios have a high potential of the bike being crashed, especially an ex-training school one, so after you have inspected its general level of corrosion and finish, look for any signs of crash damage.

Budget bikes tend to get bent back into shape rather than parts replaced, so look at the bar ends for scrapes, the bars themselves for straightness, the tips of the levers and also the footpegs and brake and gear levers. The issue with bending items straight is that they are generally weakened in the process, which isn’t great news on an item that controls a brake system! That said, engine crash protection is readily available and worth fitting.

A few owners have experienced electrical issues on the Inazuma, but they are fairly rare and faults are surprisingly few and far between. If the bike has heated grips fitted then be wary as they can overwhelm the generator and/or reg/rec as they aren’t the strongest items and also be cautious of extras. Taller screens, top boxes and the optional extra centre stand are all great additions, however ensure they are fitted competently and haven’t compromised the bike’s controls at all.

When it comes to servicing a lot of owners tend to change the oil and filter themselves (it should be done every 3000 miles and is very easy) to save cash, however it is the 6000-mile valve clearance check that gets skipped. It’s not a huge bill from a dealer at roughly £150 and on a bike that tends to get hammered the whole time it is a price worth paying as if well looked after the engine itself is very solid. Other than this, it is down to checking the life of consumables such as tyres, chain and sprockets and suspension. 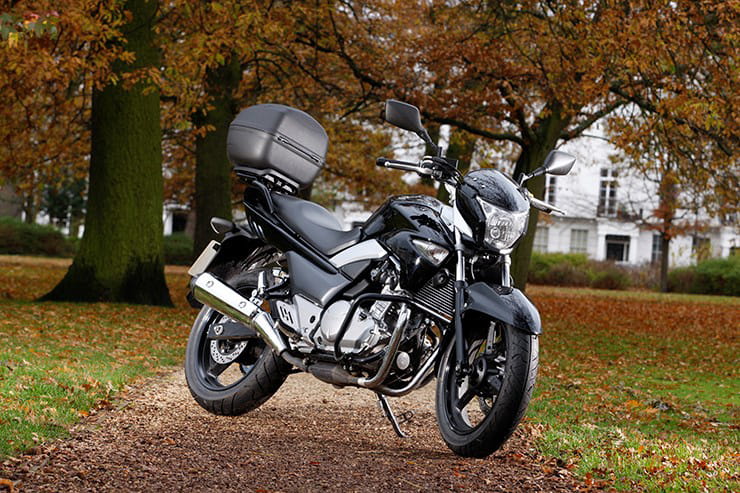 The Inazuma only lasted three brief years in the UK market and as such there were no updates aside from colours. That said, its parallel twin engine has lived on in the V-Strom 250 and GSX250R, so if you like the idea of an Inazuma but want something with different styling and a bit more modern, these models could be tempting. 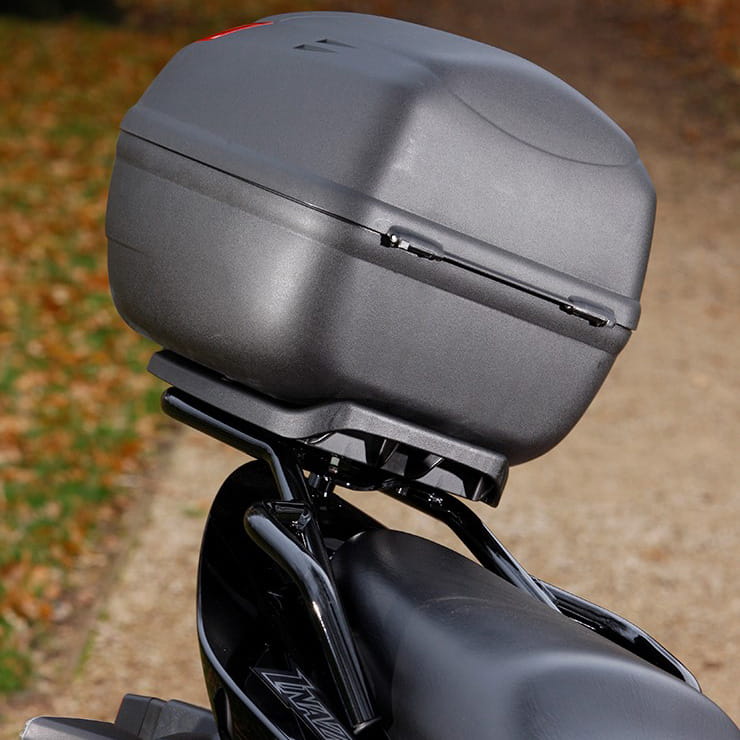 The Inazuma was always designed as a budget bike and even brand new it only cost a very reasonable £3,408, meaning used prices are also very low indeed. You can pick up a well-used example for in the region of £1,000, but you are far better advised spending an extra £700 on one that has covered fewer miles. Armed with £2000 you can have your pick of the market and even a very tidy 2016 model will only set you back £2,500 – and it will probably also have a top box attached. Bargain! 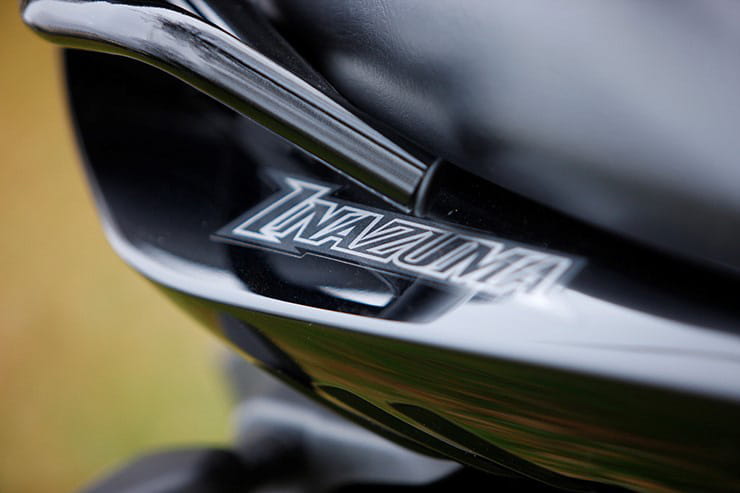 Believe it or not, there is actually quite an active Inazuma scene out there with a variety of forums and Facebook pages located around the world! You can head to the Inazuma 250 Owners Club and forum at www.inazuma250.com or the dedicated 250 forum at www.suzukiw250.org. When it comes to a UK scene, sadly we are left a bit lacking…