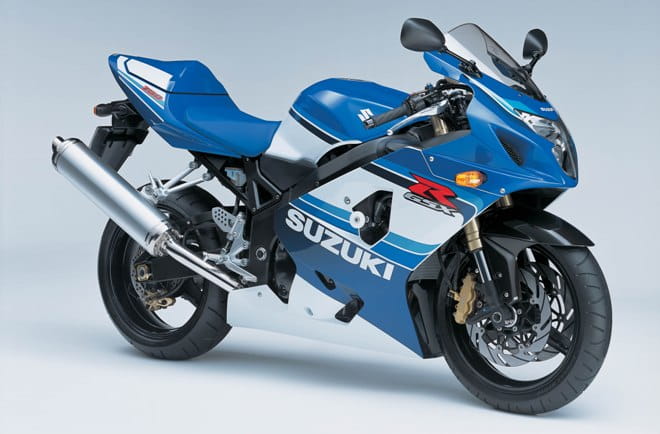 This year sees the Suzuki GSX-R750 hit the ripe old age of 30, so why not celebrate by buying one of the best road going generations of this iconic brand? There again, why not take it one stage further and buy a limited edition model that not only stands out from the crowd, but might also make you a few quid in the longterm?

Launched in 2005, the GSX-R750 Anniversary Edition was built to celebrate 20 years of the GSX-R750. Like so many ‘special edition’ models, it was more a marketing gimmick than anything with genuine heartfelt love, but skepticism aside, it is an absolutely cracking version of Suzuki’s three quarter litre beauty. So, what do you get for your money?

The first thing to note is the fact the Anniversary wasn’t actually limited in its production to any specific number. That said, every model does come with a plaque on its top yoke with a unique number stamped on it as well as a special edition key, which is kind of cool. However what sets the Anniversary aside from a standard GSX-R750 is its styling, something Suzuki got bang on.

Painted in a modern take on the classic 1985 GSX-R750F’s colours, complete with a blue seat, the Anniversary looks absolutely glorious and a million times better than a standard blue/white GSX-R. Add to this some achingly cool ‘solid’ brake discs that are also a nod to the kind of set-up riders ran in the 1980s and you can almost look over the slightly hideous drive chain with its blue links.

But the Anniversary’s charm runs far deeper than just a cool pint job, purists will argue that the GSX-R750 K4/5 is actually one of the best generations of this dynasty that Suzuki has ever built. Ride one and it is hard to argue against them. 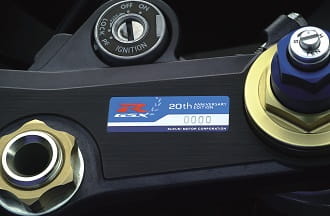 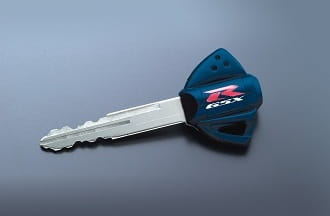 The K4, which is exactly the same as the K5 model, was the last of the 750s before Suzuki totally redesigned it and put the exhaust collector box under the engine. While Suzuki claimed at the time this move was to improve weight distribution, the simple fact of the matter was that ever tightening emission laws had forced all manufacturers to stuff the exhaust full of restrictive, and heavy, catalytic converters. The GSX-R750 K4/5, like the equally excellent GSX-R1000 K5/6, was the last of the breed built before the emissions regulations strangled their power, sucked all the character out of the engine and added a stack of unnecessary weight.

When you ride a GSX-R750 K5 you can’t help but enjoy everything about the experience. It is one of the most perfectly balanced bikes ever built that seamlessly blends a wonderful spread of useable and non-intimidating power with an agile and responsive chassis. For the majority of riders, this balance makes the GSX-R750 an absolutely ideal road bike that is also more than capable on track. The perfect GSX-R model? It’s certainly in with a very good shout and the Anniversary makes it even more special. But what to pay?

Suzuki will be making a bit of a song and dance about the GSX-R’s 30th anniversary this year and, with the MotoGP team back in action, there is a fair bit of interest surrounding the brand. Dealers will use this hype to attempt to bump up the prices, however don’t be sucked in. A good Anniversary should cost less than £4000, which is about the same price as a standard K5 due to the fact they are not a hard bike to locate. If you are after great value sportsbike with bags of character and an interesting story, few are a better buy than the GSX-R750 Anniversary Edition. 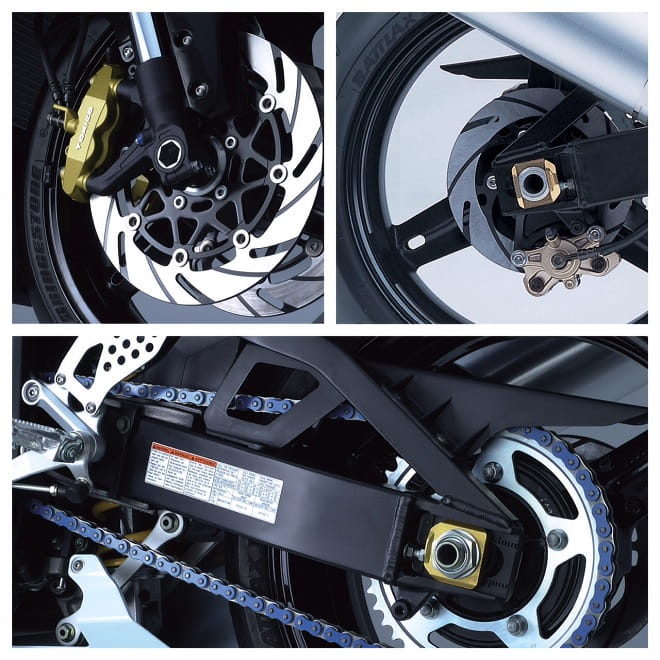