When the original, brutal Hayabusa was launched in 1999 it instantly became reknown as THE fastest bike of all thanks to a combination of massive power from its huge 1299cc engine and distinctive, ultra-aerodynamic profile. That, plus its grunty delivery, aggressive character, reasonable versatility and continual refinement has assured that, although now not quite as effective as Kawasaki’s latest ZZR1400, the ‘Busa has retained a large and devoted following ever since.

The biggest change came in 2007 when, although retaining similar looks, the whole bike was refreshed. Capacity went up to 1340cc, power to 194bhp (from the original’s 175) along with added rider modes, improved brakes and much more. The overall result is a sleek, ballistic weapon that’s utterly steadfast and solid, is stylish and well-equipped and overall delivers a sensation of power like little else. Sure, at over 220kg and being long and low as well, this is no flickable lightweight, but it’s still thrilling, rewarding, distinctive and fast (although now restricted to 186mph). What’s more the chassis is sprinkled with quality components (such as fully adjustable suspension front and rear plus, on the most recent models, radially-mounted Brembo front brake calipers); there’s an impressive, fully-loaded instrument panel and quality all round has much improved since 2007 with deep paint and quality finishes.

The result is a power and attitude-packed hyperbike that is both a worthy Suzuki range-topped, a genuine poster bike and the kind of ballistic autobahn-eater that’ll get you to Berlin and back in a day better, arguably, than any other bike. 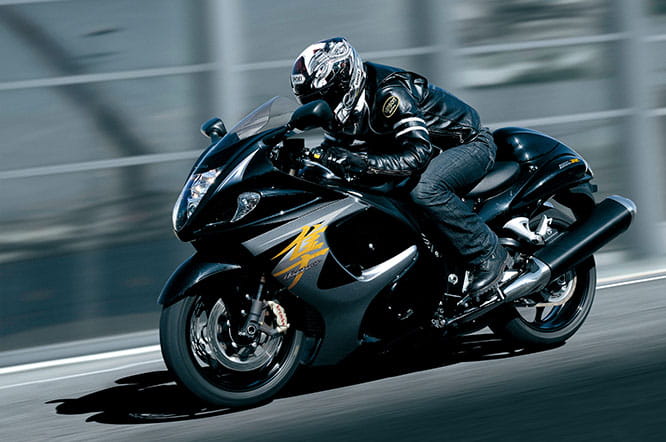 Overall the ‘Busa has proved a very reliable model for Suzuki. The original, 1999 version had a few minor problems, namely a weak rear subframe and some camchain issues, but the second generation version since 2007 has generally had a clean bill of health.

Instead, any potential issues when buying one secondhand will most likely come from ownership issues. ‘Busas tend to get modified both cosmetically (tinted screens, anodized or chromed parts and more) and for performance reasons with aftermarket pipes, air filters, Power Commanders and gearing alterations common, all of which have varying appeal. It’s also worth remembering here that ‘Busas have always had a strong following among the drag racing scene and as a result it’s not uncommon, for example, to come across street ‘Busas that have had nitrous oxide kits fitted.

The chassis also quite frequently is subject to owner modifications, such as improved rearshocks, rebuilt forks or uprated brakes/wheels also proving fairly common.

Apart from this, the normal rules apply: check for quality of maintenance and regular servicing; for cosmetic faults or damage and ensure its history tallies up.

Following on from the 1999 original, which we’re not focusing on here, the biggest update came at the end of 2007 in what was essentially an all new model. The only significant change since was the introduction of Brembo monobloc radially-mounted calipers in 2013 along with an ABS system. 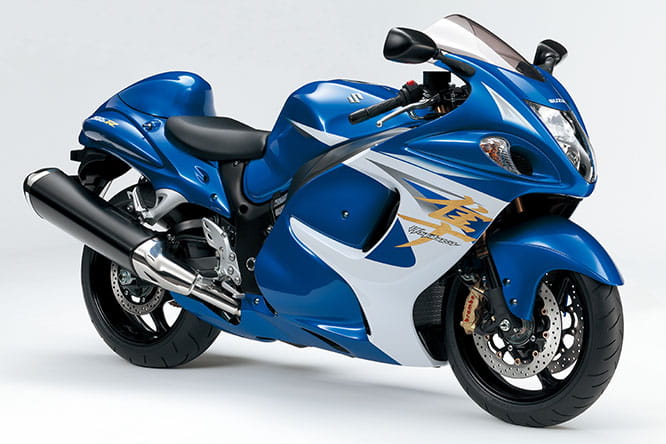 Do you own a Hayabusa? Tell us about their good bits and maybe their not so good bits.  or !