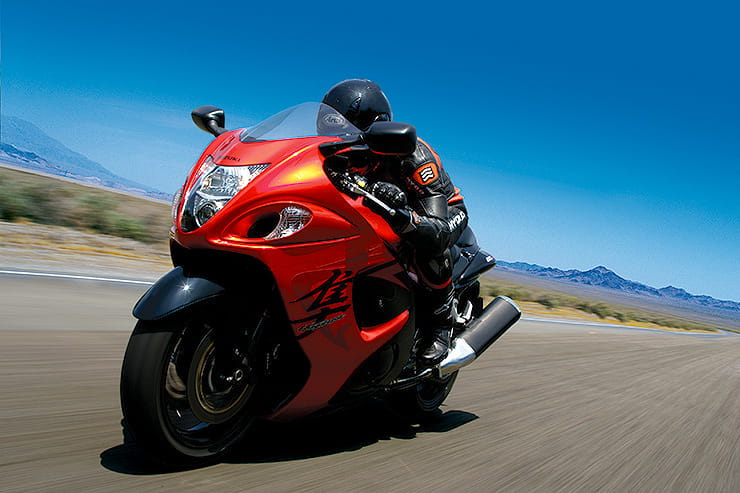 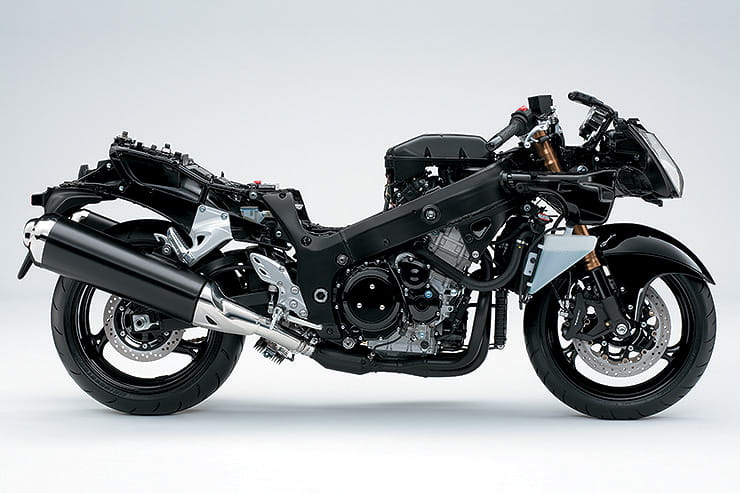 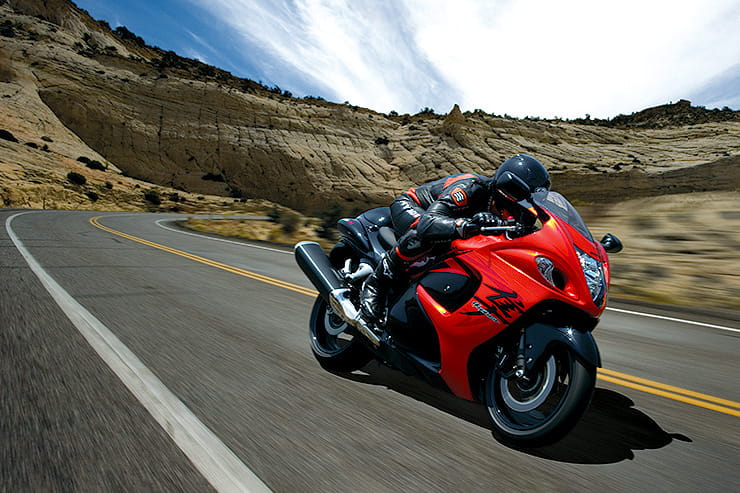 If you have to ask yourself the question ‘do I want a Hayabusa?’ then it probably isn’t the bike for you. There is one very simple reason why Suzuki’s amazing, and now legendary, GSX1300R Hayabusa appeals to a select bunch of riders and that is the fact it is mind-bendingly fast and has a motor that is simply astounding in the way it produces enormous amounts of both power and torque. Having set the bar fairly high with the original generation of Busa, the updated model added even more oomph thanks to a larger capacity motor and then enhanced its sporting side with upgraded brakes and suspension and even a tweaked chassis. A bike that has to be experienced to be believed, no machine gives you the same kind of rush when it comes to flat-out acceleration as a Hayabusa.

Early Busa models are a great way to buy cheap speed but the second-generation isn’t quite such good value. High mileage early bikes (we are talking over 40,000 miles here) go for just under £5000 but you are far better off spending between £6000 and £7000 on a machine showing less than 20,000 on its clocks. Use this as your budget and you can easily buy a really nice pre-Brembo caliper model. If you want the updated 2013-onwards model with its Brembos and ABS then you need to look at forking out upwards of £7000 with very late models (although production had stopped, some bikes were registered in 2019) going for £9000. In terms of value for money the less popular Kawasaki ZZR1400 is probably a better bet as it also boasts more advanced electronics assists – but it isn’t a Hayabusa…

One word – amazing. The Hayabusa’s 1340cc engine makes a claimed 195bhp but it is the 113lb-ft of torque that is really astounding. Stick it in top gear and you can roll the throttle on from as low as 30mph and the Busa just picks up its skirt and drives forward with no hint of a stutter. Overtakes seldom require shifting down a cog and even the extra weight of a pillion fails to make a dent in the drive on offer. If you really want to have your eyes opened, taking a Busa to a private test track and giving it full acceleration in every gear (well, the first four until top-speed restrictions start to get in the way) is a simply magical experience as 150mph goes past in under 12 seconds and you can top 180mph in less than a mile!

The Busa has an excellent reputation for reliability and although extremely powerful, the motor is pretty under-stressed as there is very little way to unleash a fraction of its available performance (legally…) on the road. The only things to be wary of in terms of reliability is the occasional sensor failing (look for warning fault codes on the dash) or the service record as the Busa requires its valve-clearances checked every 7500 miles, which is very seldom done. To be fair it is highly unlikely the clearances will ever need adjusting, but if they do and this service is skipped then the resulting repair bill can be quite traumatic! The gearbox is also very robust and can take a quickshifter as long as it is fitted and timed correctly by a professional. Loads of Busa owners swap the OE exhaust system as it is as heavy as hell and where on early first-generation models this led to sub-frame issues (the exhaust was, according to Suzuki, a structural item) this isn’t the case on the second-gen. If used on the road a re-map will help but isn’t that vital but if you are planning on giving it some beans in private facility top speed events an ECU re-map or fitting an aftermarket fuelling module is recommended. If you are going to update the exhaust, don’t bother swapping the headers as they are fairly unrestrictive, get shot of the cats and end cans and fit a freer-breathing air filter. When buying used, ensure the clutch feels nice and smooth when pulling away as the Busa can burn plates and a new clutch pack is about £150. 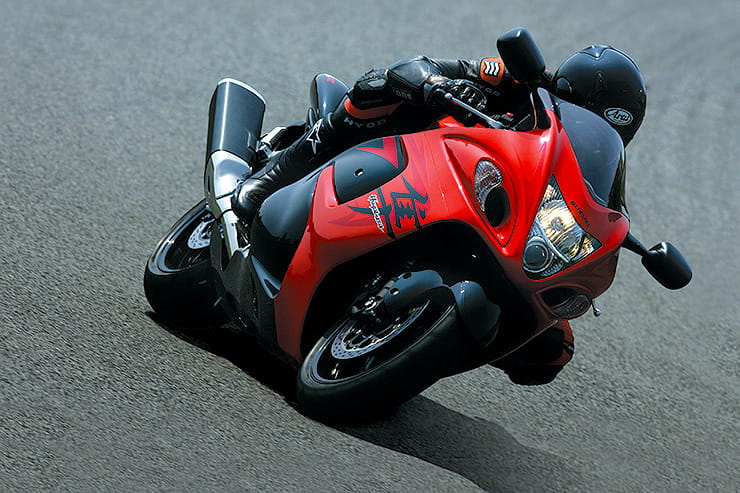 Suzuki claim 46mpg is achievable on a Busa and in reality you can achieve close to this figure on the open road thanks to its low-revving nature at motorway speeds. When you start to use the throttle this reduces quite dramatically to into the 30mpg range but overall the Busa is quite economical in terms of its fuel consumption. What it isn’t quite so good at, however, is the life expectancy of a rear tyre and chain and sprockets and also the cost of insurance, which are all noticeably worse than on a lower-powered machine. There again, with close to 200bhp available at your wrist, what do you expect?

Due to its high top speed, Suzuki built the Busa to be stable and that means a long wheelbase. When you blast out a quarter mile or hit 180mph you will be very thankful for this as the Busa is unflappable at silly speeds however in the bends it can feel a little ponderous and heavy. Requiring a fair bit of effort to get it to turn, the upside of this is that once lent over the Busa is very planted and reassuring in the corners. A few riders take the Hayabusa on track but at this point ground clearance can start to become an issue as the twin pipes are quite low-set. For road riding, the Busa’s suspension is more than up to the job and is fully-adjustable should you need to tweak it to suit your size/riding style. If you are looking at a used bike with a high mileage, always check the suspension linkages as they can seize up if not stripped and re-greased every four years or so and also inspect the shock as it isn’t rebuildable and will last roughly between 30,000 and 40,000 miles depending on use.

Remarkably considering the Busa is a heavy old bike at 221kg dry (around 240kg wet) and can hit some fairly astronomical speeds and acceleration times, Suzuki have never felt the need to arm it with decent stoppers! Although the second generation models do get four-piston radial calipers (made by Tokico) they aren’t the best and even the updated 2013 model with its Brembo monoblock calipers and ABS system aren’t exactly wonderful. More a pad issue than anything else, don’t bother using OE Suzuki pads and instead look for some higher friction alternatives to inject a bit of much-needed bite or uprate the master cylinder itself. Braided lines are standard fitment (good) but when buying used always be wary of warped discs as the Busa’s sheer weight can cause issues if it is used on a track as halting one of these beasts takes a fair bit of braking effort and therefore heat build-up! 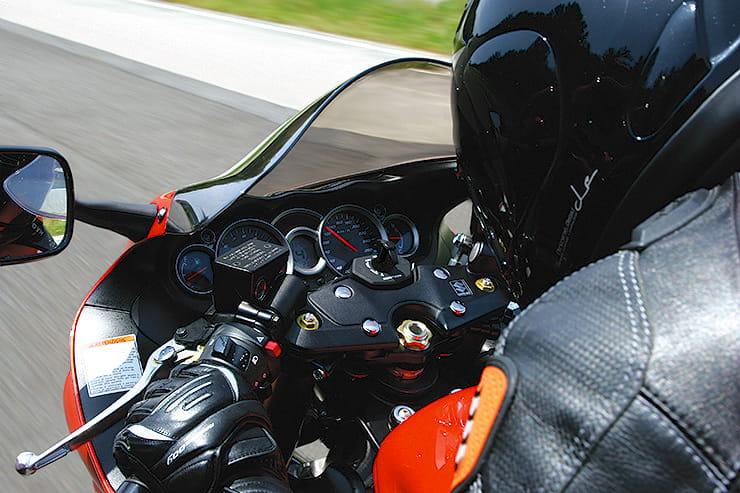 Suzuki have always armed the Hayabusa with all the tools it needed to hit silly top speeds and that does see its comfort levels compromised slightly with low-ish bars and a touch too small screen all aimed at improving its aerodynamics. A lot of owners fit bar risers and a taller screen, which makes a huge difference to the bike’s comfort levels, and aftermarket touring gel seats are also very popular. A few owners fit heated grips and luggage systems but generally these are quite rare.

The Busa gained ABS in 2013, which isn’t a bad system, and the 2008 model also saw the introduction of power modes for the first time. There are three modes – A, B and C – with A the most powerful. A few owners like to fit Timing Retard Eliminators (TREs) which cost about £100 and remove the restrictions in the first few gears as well as lifting that 186mph top speed barrier. You can also get the ECU re-flashed to achieve the same result. If you want some top speed action, in theory dropping a tooth off the rear sprocket and fitting a 42-tooth item (OE is 43) will allow you to hit 203mph. The Busa can happily pull this altered gearing and it also helps improve fuel economy slightly at higher (legal!) speeds. Some riders also fit an aftermarket clutch master cylinder to reduce the lever effort, which is a good addition.

There is something simply gloriously excessive about the Hayabusa and it is one of those bikes that you really have to experience once in your motorcycling life. The rush of acceleration is mind-blowing and the engine hard to beat in terms of sheer creamy drive. However aside from just going ballistic in a straight line, the Busa is a really good mile-muncher that with a few mods makes for a wonderful sports tourer. Yes, she’s a big old girl, but for larger riders the Busa makes a lot of sense and there is a certain attraction to being seen riding the fastest thing on the roads. And if you get the chance to give it the berries at a top speed event you may very well get hooked on the need, the need for speed…

Three things we love about the 'busa… 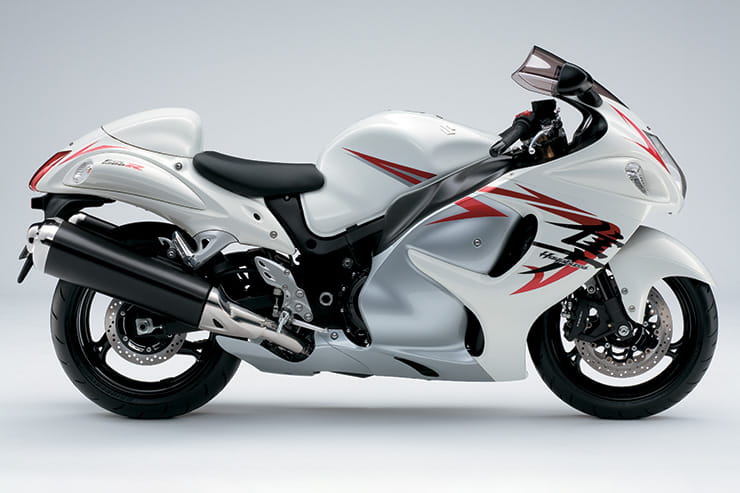 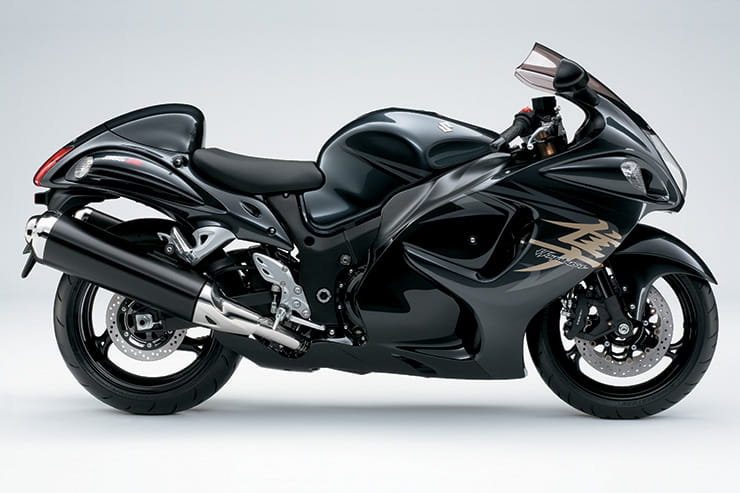 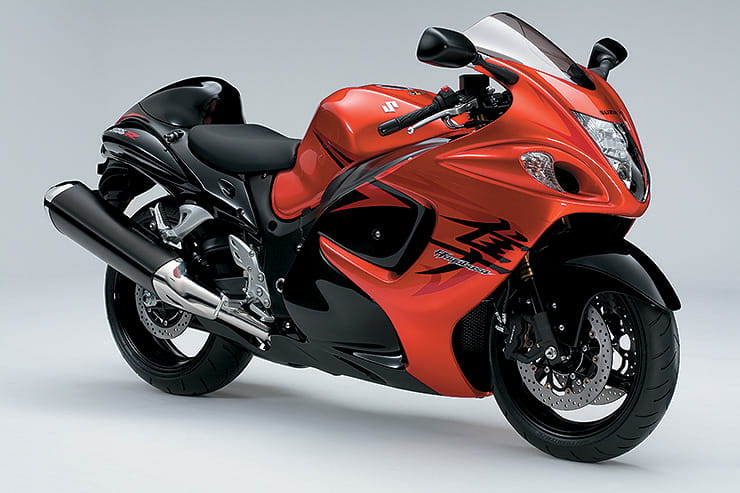