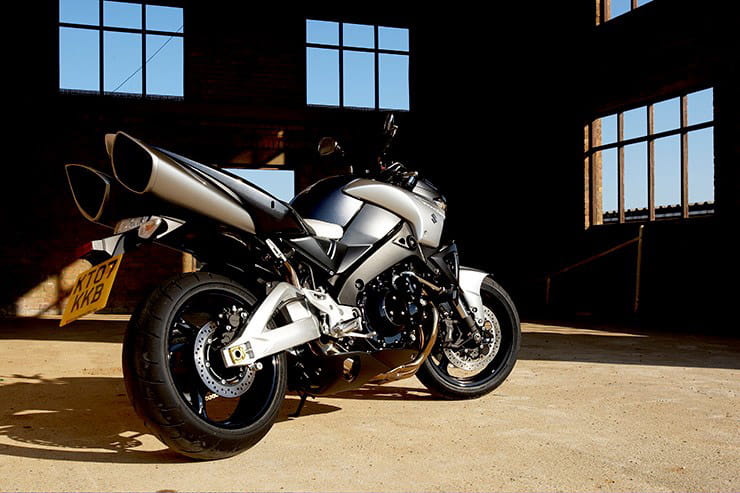 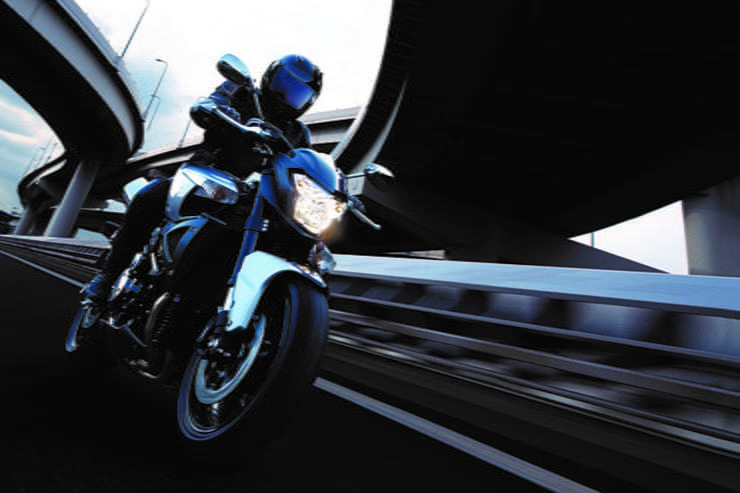 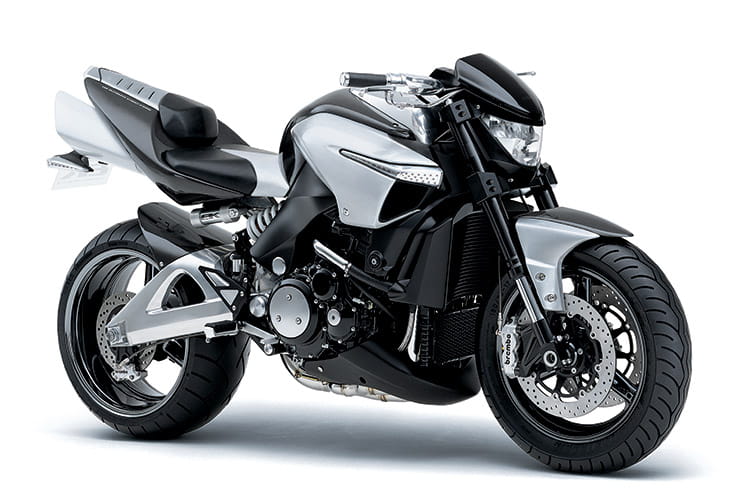 Considering Suzuki’s current total lack of imagination in its model range, it is hard to believe that back in 2001 they shocked the motorcycle world by showing off a concept naked bike that was powered by a supercharged Hayabusa engine. And then, best of all, they even promised to make it. And all nearly 15 years before Kawasaki revealed the H2 model range! But they did and (eventually) in 2008 the Suzuki B-King arrived – and boy was it a disappointment…

The issue with teasing riders for nearly seven years about a bike is that after such an extended period, it had better be good when it eventually emerges. The issue with the B-King from its very outset was, quite simply, it failed to live up to expectations. Yes, it was a Hayabusa-powered naked bike, but Suzuki left off one very important component – the supercharger! And to this blow the fact that some of its naked bike rivals had in the meantime gone mental in terms of their styling, making the Suzuki also look pretty dull to boot, and things quickly went from bad to worse for the B-King.

Big, heavy and armed with the most ludicrous set of under-seat exhaust cans ever to grace a bike, the B-King was a sales flop. While it made stratospheric power, this wasn’t what buyers were hankering after. As Kawasaki later proved with the H2, cool tech sells and a supercharger would have been the icing on the B-King’s cake that would have potentially opened wallets. However as it lacked the supercharger,  riders viewed the B-King as a bit of a sledgehammer of a naked bike that was impractical due to its lack of fairing, not very cool as its styling was dated and a bit too chunky to be fun in the bends. As a result, its appeal was very limited and four years later it was withdrawn from Suzuki’s model range, giving it the un-envious status of a bike that was actually teased for longer than it was on a sale. But then, typically, the B-King’s popularity started to grow.

With prices nice and low, riders started to see the B-King for what it was. Yes, the look was a bit safe, but this was still a hugely powerful naked bike and a bit of bling here and there soon made it more visually appealing. As a comfortable cruiser the Suzuki was excellent and adding a pillion made no difference at all to that inline four’s performance. If you wanted to be seen on the daddy of the naked bikes, the B-King would merrily out drag everyone and with a claimed 180bhp at the rear, it was boasting a proper hairy chest to boot. Which is where it sits nowadays.

Although out-powered nowadays by the current crop of super-nakeds, the B-King is a bike that still sparks real interest. The engine remains a monster of a gutsy powerhouse and although it’s a big and heavy old beast in the bends, like the Hayabusa this weight is actually reassuring as it makes the B-King nice and stable. With a price tag of just over £5,000 you are getting a stack of performance for not a great deal of cash and as a two-up naked cruiser, the B-King is actually very accomplished. It’s just a crying shame that Suzuki didn’t have the guts to fit that supercharger as if they had, the B-King could have provided that spark of imagination they so desperately needed (and still require) for the 2010s. 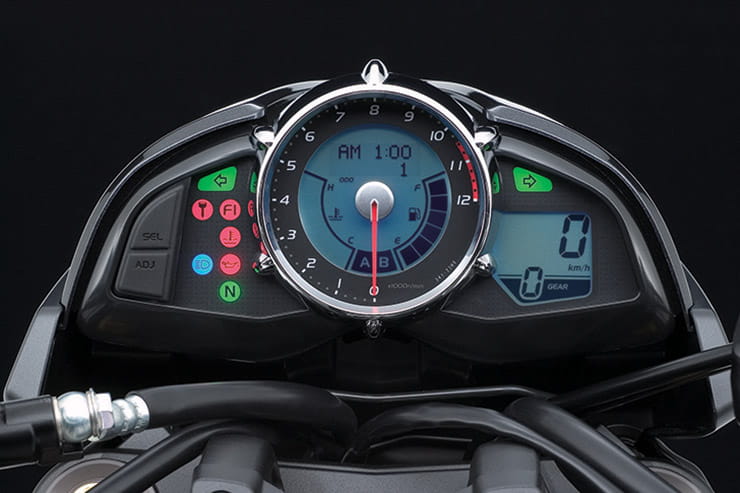 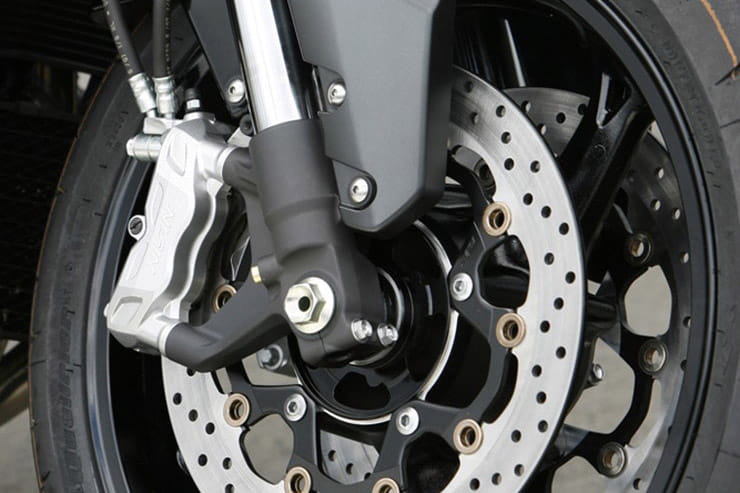 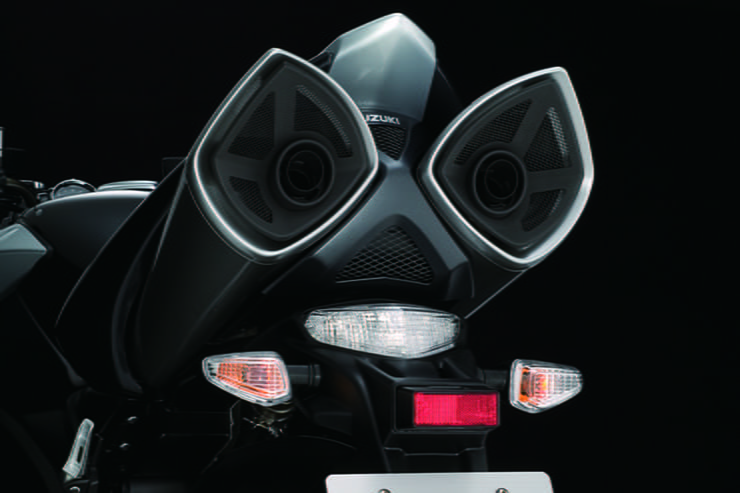 Putting a Hayabusa engine, which already has way too much grunt for road riding, into a naked bike chassis was never going to put any strain on that staggering inline four and as a result you can buy with confidence. Mechanical issues with the B-King are very few and far between and as long as the gearbox is sweet your only worry on the motor is if the exhaust valve has seized up (this is pretty common, it is a C46 error code) or if a sensor has gone down. Take the bike for a quick road ride and look for any warning lights on the dash and on returning focus your attention instead on the chassis.

The B-King is a big old lump of a bike and much like the Hayabusa, this means it can have quite a thirst for consumable items. Always check the front brake discs for their thickness as these can wear out and you are looking at a bill of over £280 to replace them with OE Suzuki discs, roughly £250 with aftermarket items. Chain and sprockets also get a hard life and they are approximately £180 a set (buy a quality one, they are dealing with a lot of power…) and the same goes for bearings with head bearings (hamfisted wheelie landings) and rear wheel bearings suffering quite badly according to owners. Inspect the suspension for leaks (remember the shock isn’t rebuild-able, so you are talking roughly £500 for an aftermarket replacement) and see how much tread is left on the tyres. If all is well, start to worry about the owner…

Nearly every mechanical issue with the B-King can be traced back to the owner. Some aren’t content with ‘just’ 181bhp and as a result go down the tuning route with varying degrees of success. Junking the heavy OE exhaust cans is a great idea (always ensure you get the OE units included in the sale) as it makes the bike handle better by removing a stack of high-up weight, but it should be set up on the dyno afterwards. An ECU remap will not only tweak a B-King’s fuelling, but you can also remove a few of the restrictors on the lower gears to give it more spunk, not that it was exactly lacking to start with! A few owners go down the TRE (Timing Retard Eliminator) route, which is a ‘plug and play’ de-restrictor that costs about £120 and adds a claimed 15bhp and 18ft-lb of torque and doesn’t require a specialist to fit. Other popular add-ons include different bars to give it a more aggressive stance, so check all the cables are correctly routed, crash bungs and even a fly screen, which it has to be said makes the B-King look even uglier… 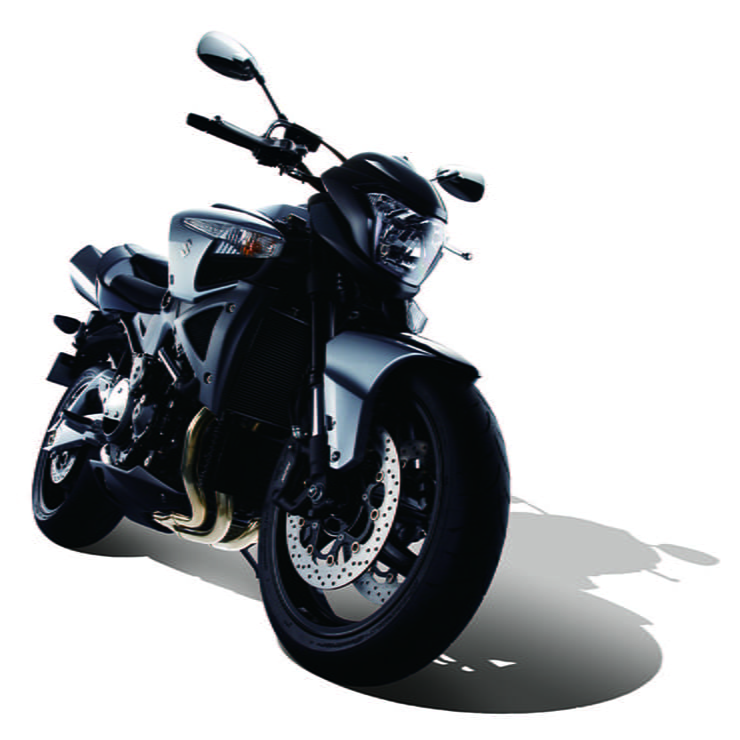 The B-King was never updated aside from paint, so don’t buy on year manufactured, buy on condition. 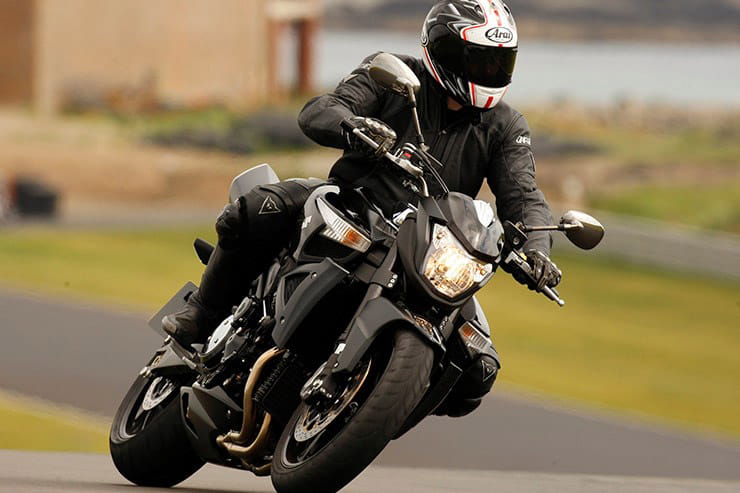 In terms of sales the B-King has lived a bit of a roller-coaster of a life and at the moment prices seem to have stabilised after dropping like a stone and then spiking in later years once it went out of production. Currently, you can get a fairly good condition B-King for in the region of £5,000 from a dealer with private sales closer to £4,500. A few bikes are advertised for £5,500, which are the real beauties, but you shouldn’t really have to break the £6,000 mark to secure a really lovely low-mile example from a dealer. B-Kings are popular, but not that rare as Suzuki made quite a few of them and locating one isn’t tricky. 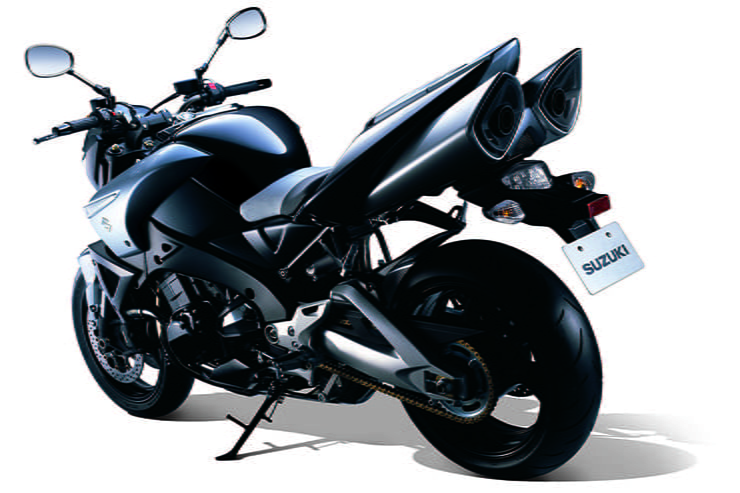 The B-King is a cult bike and therefore there are lots of owners’ clubs and fan pages on the internet. You can go for www.suzukib-king.org or join in with the Hayabusa chats at www.hayabusa.org/forum/ as there are a lot of shared interests. The B-King Facebook page is very active and if you want to get some extra power from you B-King, give Jack Frost a shout at www.holeshotracing.online and prepared to not only have your eyes opened to a whole new world of speed, but also your wallet accordingly!