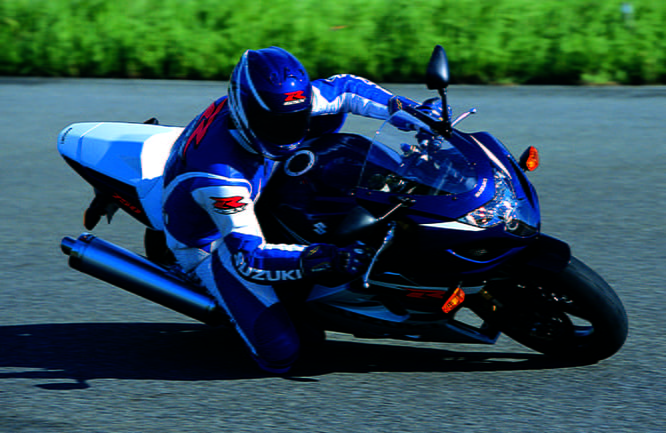 Although initially written off as purely a face lift model, the GSX-R750 K4 soon began to win an army of fans and prove its doubters wrong thanks to a new found attitude that few were expecting. While still retaining all the character and feel of a GSX-R, Suzuki had somehow managed to inject a new note of freshness and spirit into the GSX-R750 through a series of small, but significant, changes.

While the 750 had always offered a lovely balance of power and performance, in the K4 Suzuki had managed to get the formula absolutely spot on. With a claimed 145bhp (which equated to a genuine 125bhp at the rear wheel) the 750 could now hold its head up high compared to the litre bikes when it came to power figures, yet it was much easier to ride and came with one of the sweetest chassis on the planet.

Very few bikes are as intuitive or just easy to ride fast as the GSX-R750 K4/5. The suspension is supple yet sporty, the riding position plugged-in without being too extreme and the new Tokico radial calipers bite hard without being overly aggressive. And all the time while the chassis is egging you to push harder and brake later, the 750’s lovely mid-range punch is gently persuading you to open that throttle harder without the fear of a sudden litre-bike style massive highside. If you want to go fast on the road or track with minimal effort and maximum fun, there are very few bikes better than the Suzuki GSX-R750 K4/5. 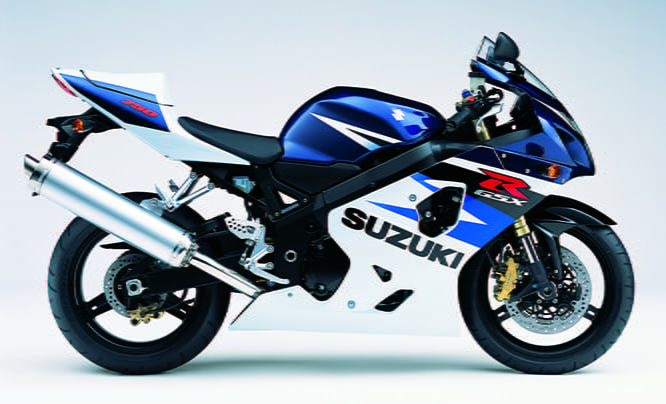 While the GSX-R750 has very few major mechanical issues,  it does suffer from a series of small niggles that can add up to a big bill. The major concern when buying a used K4/5 is the gearbox as like most GSX-R models, it isn’t the strongest and is known to break second and third gears. The throttle position sensor can also go down, so treat any Fi warning light with concern, and also be wary of bikes that don’t tick over nicely as this can hint at further throttle body issues. May owners criticise the GSX-R’s finish, so inspect the fork legs, decals and paint on the tank and wheels well, and also look for dinged wheels as they aren’t that robust. A major annoyance with owners is the Tokico calipers’ love of seizing pistons, which isn’t too hard to sort but can lead to warped discs. Other than that, watch out for trackday bikes and always give the suspension and head bearings a good inspection as they will probably be in need of a refresh. A lot of GSX-R750s get modified in some way, so be wary of aftermarket fairings or paint schemes as that generally hints at a bike that has been crashed. Carbon frame protectors should set all your alarm bells ringing! 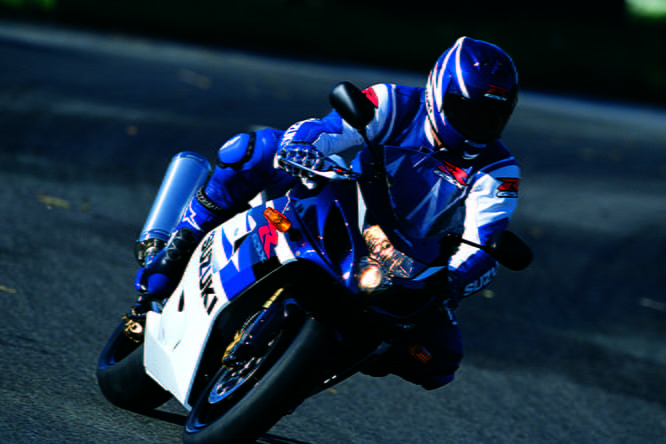 The K4 replaced the previous model of GSX-R and brought with it radial brake calipers, a fresh look, a revised chassis and titanium valves in the engine. It wasn’t updated during its two-year life, however 2005 did see the introduction of the GSX-R750 Anniversary model. The Anniversary celebrated 20 years of the GSX-R750 and came with grooved discs, a Yoshi can, custom paint scheme, blue seat, blue drive chain and limited edition plaque on the top yoke. The GSX-R750 K6 replaced the K4/5 in 2006 and was an all-new bike that featured a brand new motor, heavily revised chassis and suspension and stubby low sling exhaust system. The K6 ran until 2010 when it was lightly modified into the current model.

Suzuki’s budget-friendly price tag, not to mention the bike’s strong heritage, ensured that loads of GSX-R750s were sold in the UK and therefore it is very easy to locate a use one. Private prices for a 2004 model start at just £3,000, which is pretty good value for money, where a dealer is likely to try and get far nearer £4,000. There is only a few hundred pounds difference between a K4 and K5 model, and a low mileage K4 costs the same as a higher mileage K5, but the Anniversary models do command a small premium. Don’t pay over the odds for one, but they are certainly worth a few quid extra as they are very distinct and pretty cool.