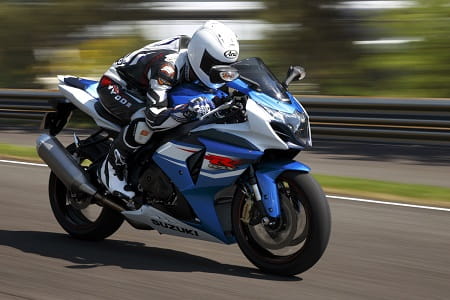 The absolute bargain of the litre bike world

When you stop and think about it, the development of electronic assists on modern litre bikes is nothing short of amazing. Just five years ago, traction control was only found on the ultra expensive Ducati 1098R and riders were moaning that Honda had fitted ABS to its Fireblade as an optional extra. The general opinion was that no one wanted electronics as they took the control away from the rider. Then BMW launched the 2010 S1000RR and overnight the world changed…

Such was the impact of the S1000RR that the Japanese were forced to react and Honda, Yamaha and Kawasaki all updated their bikes with more electronics. However one manufacturer has bucked the trend – Suzuki. So, is the GSX-R1000 a relic of the past or the last of the true riders’ sportsbikes, bereft of any electronic interference and all the better for it?

Considering the GSX-R1000 has traditionally commanded a fearsome reputation, it seems odd that Suzuki’s flagship superbike is now viewed as, well, a touch old hat. This is a bike that still makes a claimed 182bhp, weighs just 203kg and can hit a top speed of over 180mph. But, simply because it is lacking a few headline grabbing electronics, riders are looking beyond it. When you ride the GSX-R1000, old hat is the last thing you would think of calling it.

Suzuki didn’t blow their trumpet that much when they updated the GSX-R1000 in 2012, however with lighter pistons, a new top end, revised cams and altered ventilation holes between the cylinders, the GSX-R’s already excellent 999cc engine was substantially changed. Something it feels it to ride.

It’s silly to call any of the current litre bikes gutless, but relatively speaking the Suzuki has noticeably more low end drive than the likes of the ZX-10R or even Blade. The motor feels alive, eager to rev and above all, exceedingly fast. GSX-R models have always had a lovely feeling of rawness built into their engines and the latest incarnation is no exception. The airbox has a gruff sound that you don’t get on a Blade while the throttle responce is excellent and the power delivery progressive as well as strong. It may not have traction control, but the connection between your wrist and the back tyre is so direct in many ways it doesn’t matter. This is an old school bike and it feels great because of that fact. And anyway, how often do S1000RR owners light up their TC on the road anyway? And the GSX-R lives on the road.

While on track it might not be the best performing, on the road the traditionally roomy riding position is comfortable and the handling far less flighty than the aggressive ZX-10R. But it’s not perfect. For some reason, where the rest of the litre bikes use a 190/55 rear tyre, Suzuki have a 190/50, which makes the GSX-R sit low at the rear. While on the positive side  this gives the GSX-R stability, it also makes it a little less agile. I can see owners swapping this for a 190/55 as soon as the tyre wears out. Possibly even sooner as they will have a lot of spare cash in their wallets.

Five years ago riders wouldn’t have cared that the Suzuki didn’t have traction control and power figures haven’t gone up that much since then so why is it so crucial now? While I do actually miss ABS slightly when I ride the GSX-R1000 as I reckon it is a great safety feature, the lack of traction control hasn’t entered my head. If you want a button to play with then there is always the power modes (the GSX-R1000 K7 was actually the first bike to come with them fitted), but in eight years of power modes being available, I’ve never felt the need to use them once.

So is the GSX-R1000 old hat? Not really, it is still an incredibly fast litre bike with the latest Showa Big Piston Forks and Brembo brakes, and it is also a great road sportsbike with a strong heritage and bargain price tag. The performance of all modern litre bikes far exceeds the capabilities of most riders, not to mention the traffic laws, so the fact the GSX-R is down a few bhp is pretty irrelevant. The fact you can have an extra £4,000 in your back pocket is far more important. And anyway, who says it is old fashioned? What finished second in WSB at the weekend and won the first race in 2014? Oh yes, a Suzuki GSX-R1000… 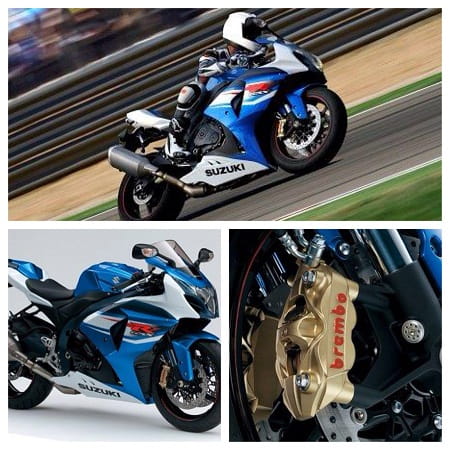