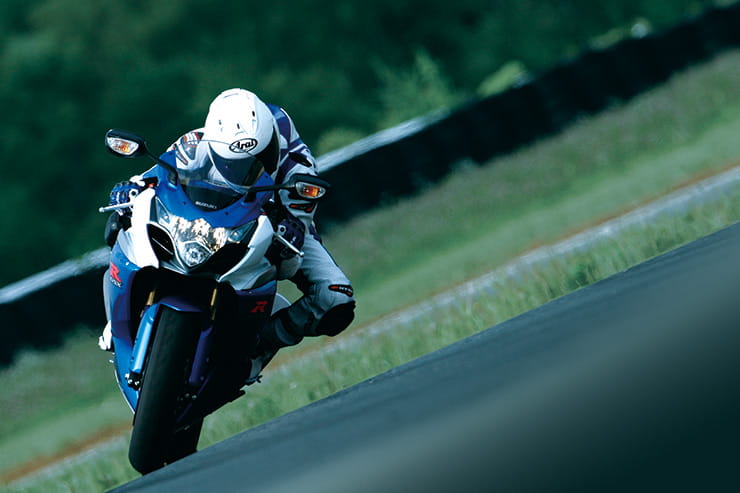 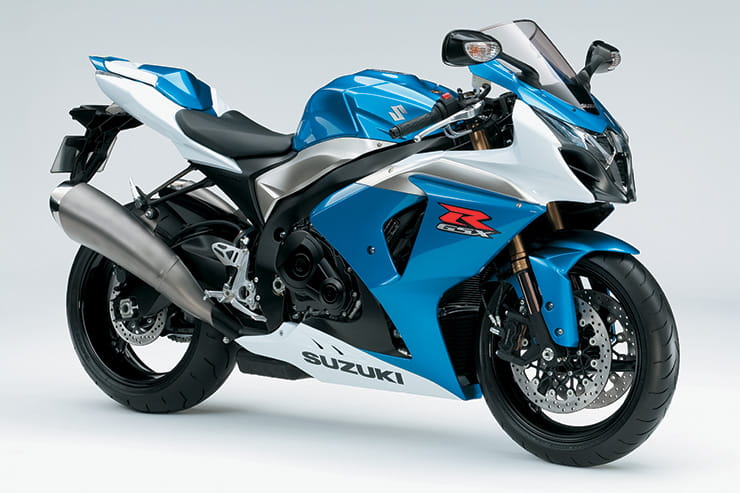 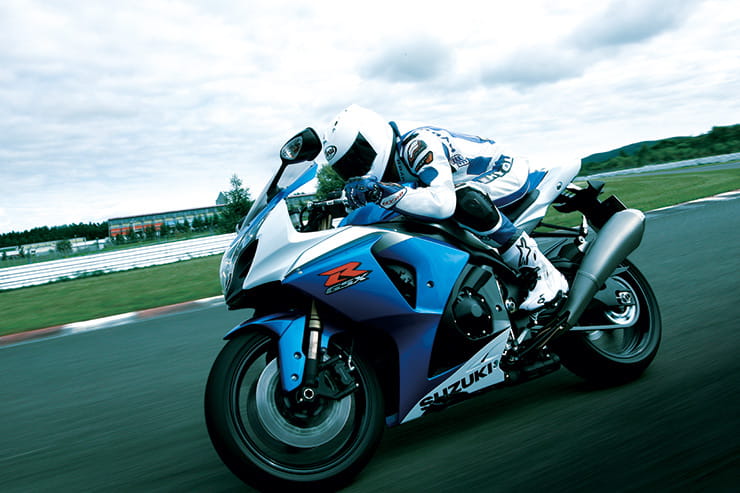 Cruelly labeled a bit of a dog due to its K9 name and perceived lack of performance and technology when compared to its rivals, the 2009 GSX-R1000 is an over-looked litre bike that still packs one hell of a punch. Happily for used bike buyers, its unpopularity means that prices are low for this surprisingly practical, and yet still blisteringly fast, sportsbike from Japan. 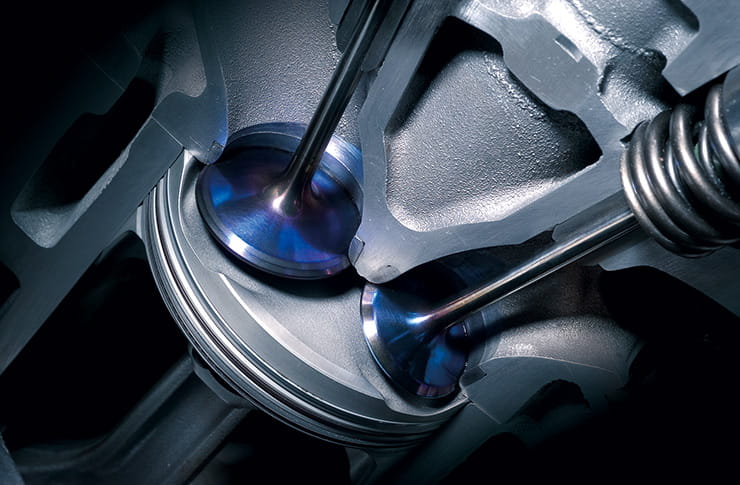 Now in its third generation, the K9’s motor was completely redesigned for 2009 in an effort to make it more compact to allow Suzuki to increase the length of the swingarm for greater traction. The inline four was shortened front-to-back by an impressive 60mm through reducing the distance between the gearbox shaft and crankshaft, copying the GSX-R600 and GSX-R750’s design. Like the previous model the inline four’s capacity remains at 999cc (ok, it’s technically 0.4cc bigger as the K5 was 998.6cc) but the K9 features a 1mm wider bore at 74.5mm and 1.7mm shorter stroke alongside new shaped piston crowns, 1mm larger titanium valves (now with double valve springs) and an increase in its compression ratio from 12.5:1 to 12.8:1. Boasting a claimed 182bhp and 81ftlb of torque, it wasn’t exactly slow! 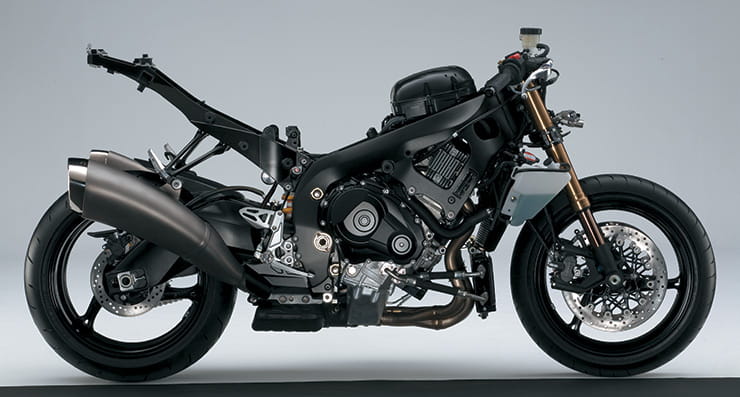 To go with the new shorter engine the GSX-R’s twin spar aluminium chassis was tweaked, however the biggest difference was the fact it now ran a 32mm longer than before swingarm. Cast as one piece, the most impressive part about this new design of swingarm was the fact that despite it being so much longer than before, the GSX-R1000 K9’s wheelbase is actually 59mm shorter than the out-going generation’s at 1405mm! 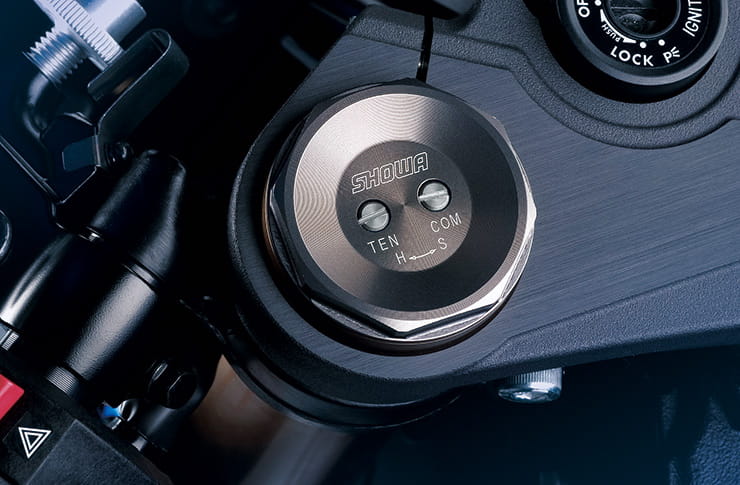 The big news on the K9’s suspension was the fact it ran Showa’s new Big Piston Front forks (BPF), making it the first litre bike to run them. Developed for the Suzuka 8-Hours race by Showa for Suzuki, the BPF forks run a very large piston within the fork’s tube, giving better damping characteristics under extreme use. Ironically, however, the Kawasaki ZX-6R beat the GSX-R to the punch by a few months and was the first production bike to be released with BPF forks… The K9’s Showa shock is fully-adjustable with high and low speed damping adjustment. 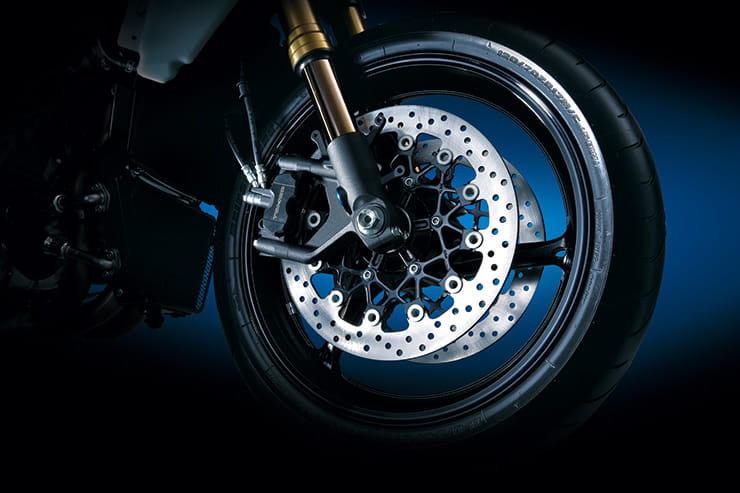 The GSX-R1000’s new Tokico monoblock four-piston calipers were manufactured using a technique developed in the aerospace industry called friction stir welding (FSR), which they claimed caused less damage to the integrity of the metal used and were stiffer than their competition’s calipers. According to Suzuki, the monoblock calipers were also 200g lighter than before and far stronger. They were matched to a Nissin radial master cylinder. The rear is a single-piston Nissin caliper with a 220mm disc. 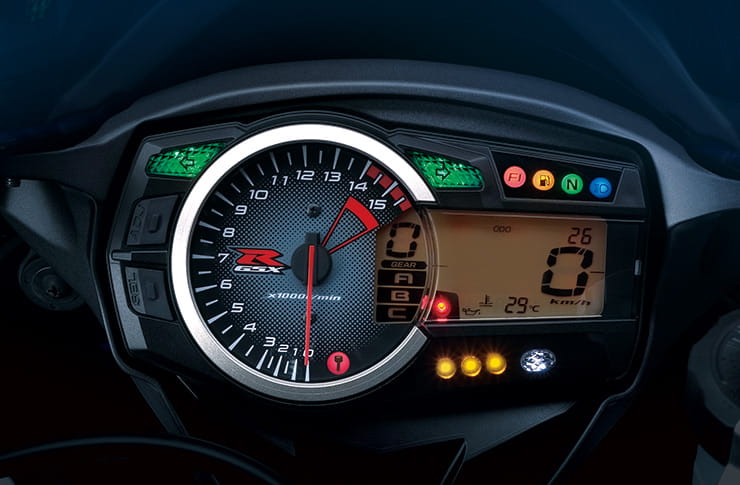 No traction control, however the GSX-R1000 did gain variable length intake trumpets in 2009. Suzuki retained its ‘Suzuki Drive Mode System’ with variable power modes and the dash added a four-stage LED shift light system while keeping its gear indicator and lap timer.

The GSX-R1000 has always been a physically quite large bike and this trait continued on the K9. It’s roomy, surprisingly comfortable over distance and has the ability to have its footpegs moved up and down thanks to an inbuilt system, which is a nice touch.

It’s a sportsbike, so you can’t expect much in the way of comfort. The GSX-R1000 is typical sportsbike for a pillion – not great and with more than a hint of being a rucksack perched on high…

Sadly for Suzuki, despite all their efforts the GSX-R1000 K9 was overshadowed by its rivals. In the same year Yamaha unveiled the cross plane R1, which got everyone very excited indeed as it sounded like Rossi’s bike, and stole the GSX-R’s ‘new bike’ thunder. The ZX-10R, which was a year old, appealed to the hooligans and the Fireblade, which also appeared in 2008, was the choice of the more sensible rider. Then, in 2010, things got even worse as the BMW S1000RR arrived with its cutting-edge electronics and staggering engine, moving the game on, and the financial crisis hit the Japanese manufacturers hard. The K9 never recovered and it was heavily discounted in an effort to encourage sales. A move that generally failed to achieve its desired results, once again unfairly kicking Suzuki dealers where it hurt.

Can we all just calm down a bit and look at the facts. The GSX-R1000 K9 makes genuine, rear wheel, power figures of 164bhp with 80ftlb of torque. That’s only 1bhp behind the ZX-10R and more torque than every other litre bike of its day. This is one powerful machine and Suzuki did a great job of building a wonderful road sportsbike that as well as being staggeringly fast, is actually pretty practical with a lovely roomy riding position and bags of mid-range. The truth of the matter was that timing and not the GSX-R’s design counted against it. Yes, it’s not a cross plane engine, it’s a ‘dull’ conventional inline four. Yes, it’s a little less powerful than an S1000RR and lacks the BMW’s electronics. But if you are after a great litre bike for road riding, the K9 delivers everything you could possibly want for a price tag that is noticeable lower than its rivals. What’s not to like about that – well aside from the ubiquitous blue and white paint scheme and the ugly OE exhausts… 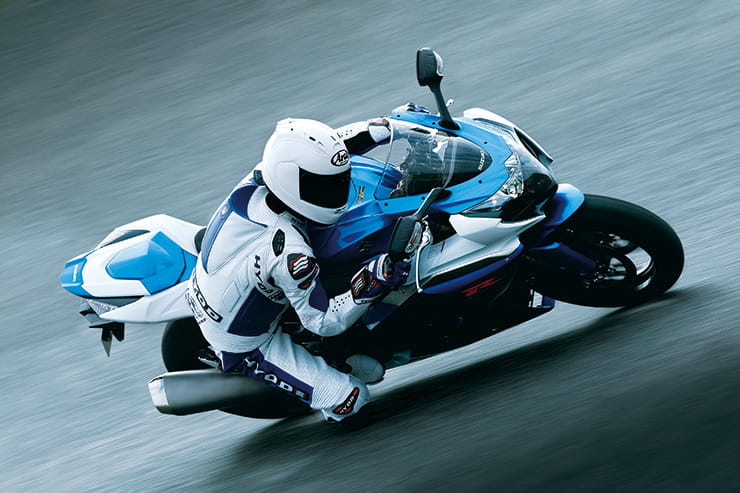 The GSX-R1000’s engine has a reputation for reliability and very, very few ever go dramatically wrong. You need to watch out for the silly things such as a warning light that hints at the Throttle Position Sensor (TPS) failing or the exhaust valve sticking, but generally it’s a safe engine. Always check the gearbox on a test ride, especially if a quickshifter is fitted, but your main worry is build quality…

Owners do like to complain about the quality of Suzuki’s finish and paint chips and corrosion are very high up the list of moans. If you buy a good one, spend some time ensuring it stays that way with liberal amounts of anti-corrosion protection.

Nearly every K9 has had its fairly horrible OE pipes swapped for aftermarket items, which is a very good thing to do as they weigh a ton, but ensure the bike’s fuelling has been remapped to suit as this can cause it to run weak and potentially damage the engine. Other than that, check the usual consumables such as chain, tyres and brakes and all should be rock and roll! 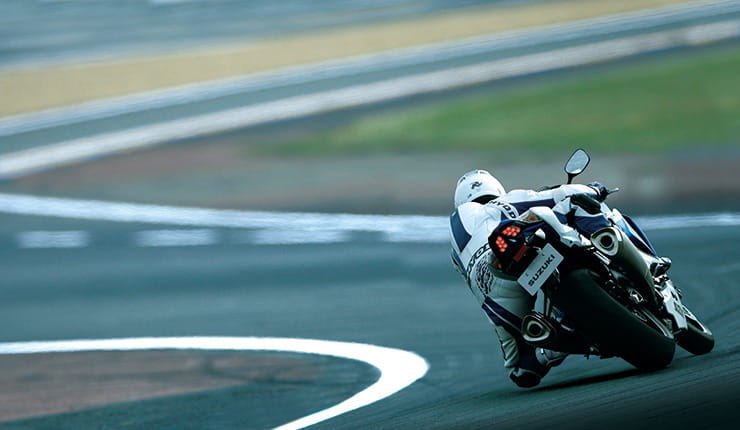 The K9 ran for three years unchanged and was replaced in 2012 by the new L2 model, which ran until 2016. The L2 came with a single pipe, Brembo brakes (ABS arrived in 2014) and a motor with 11% lighter pistons, a new top end, revised cams and altered ventilation holes between the cylinders. It also featured a tweaked chassis with upgraded forks and a new (ish) look. 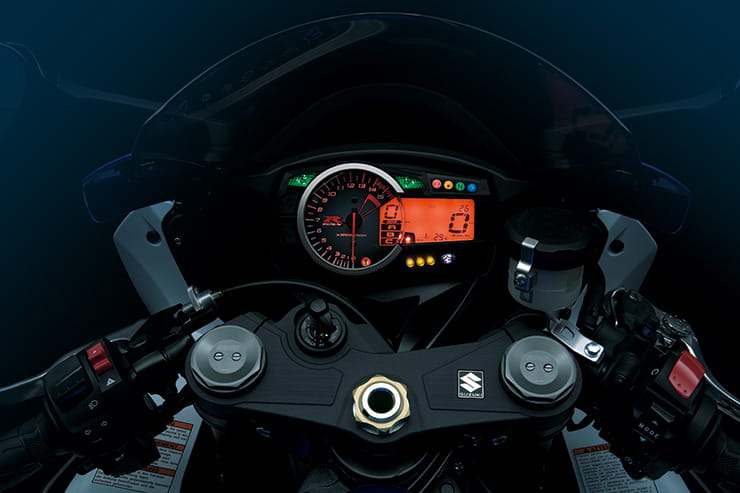