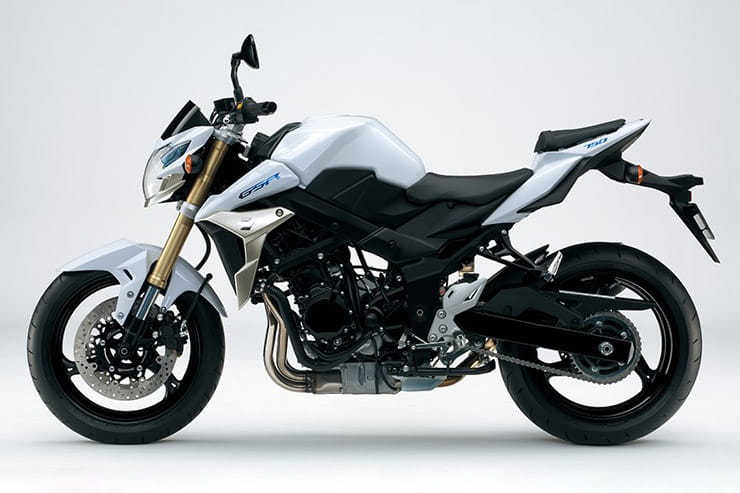 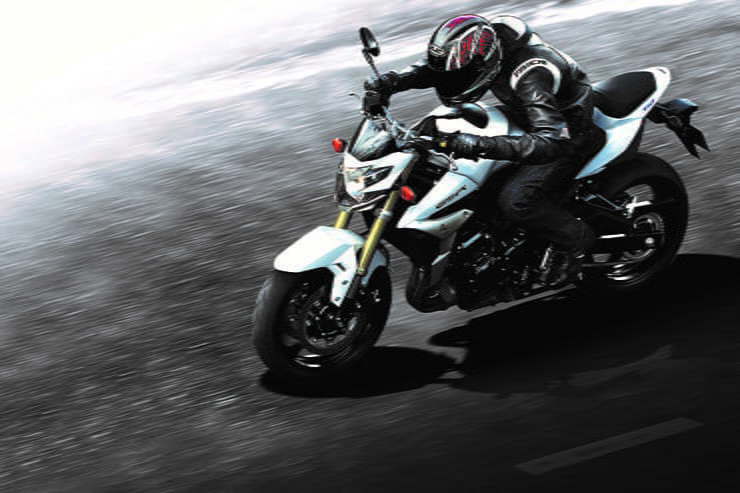 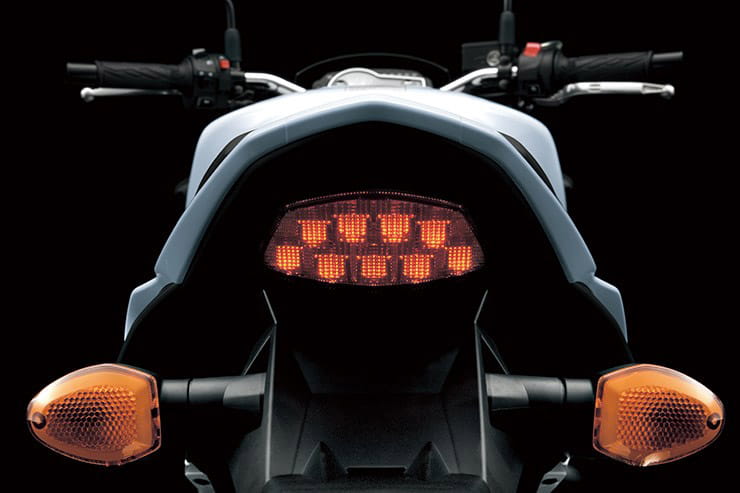 A bike that was generally overlooked back in the day, Suzuki’s GSR750 deserves a bit more acclaim than it usually receives. Yes, it has a hint of a ‘universal Japanese motorcycle’ about it, but if you dig a little deeper you will discover that this is actually a very good inline four naked bike that makes for a really enjoyable machine. And at under £4000 for a good example, it’s not bad value to boot.

Launched in 2011, the GSR750 was up against the likes of Kawasaki Z750, Yamaha’s disappointing FZ8 and Honda’s Hornet and in this group was generally regarded as the inline four to buy unless you were swayed by the Zed’s wild styling. But the issue for the GSR didn’t come from Japan, it arrived from Hinckley in the shape of the Street Triple, which instantly made the Suzuki seem lacklustre and a bit uninspiring to ride. Although to be fair, it did the same to every rival in its class! But those who did test the GSR very quickly found their minds changed.

Boasting a re-tuned version of the 2005 GSX-R750 motor, the GSR makes a very respectable 105bhp with 59lb-ft of torque. Delivered in a super-smooth fashion with a lovely throttle connection, this gives the GSR more than enough poke to be fun without ever over-stepping the mark. Yes, it needs to be revved a bit to get it flying, but if you want to take it easy there is a decent amount of mid-range grunt thanks to revised cam profiles and altered ports when compared to the sportsbike’s engine. It’s just one of those motors that is instantly accessible and fun to use and while not on the same level as the amazing Triumph triple, is very good for road riding. And the same is true of the GSR’s chassis.

Unique to the naked bike, Suzuki did a great job with the GSR’s chassis and it has a really good natural balanced that makes it feel very assured in the bends. It’s not the fastest handling naked (again, that’s the Triumph) but it is effortless to ride and surprisingly sporty when required with compliant suspension. Although the brakes could do with a bit more bite in them, they aren’t too bad and ABS is an optional extra if you want it.

If you are after a naked bike that is sporty but not too small and cramped, the GSR750 is worth a look. It’s a lovely bike to ride that has a nice spirit of GSX-R about it but in a more relaxed overall package. 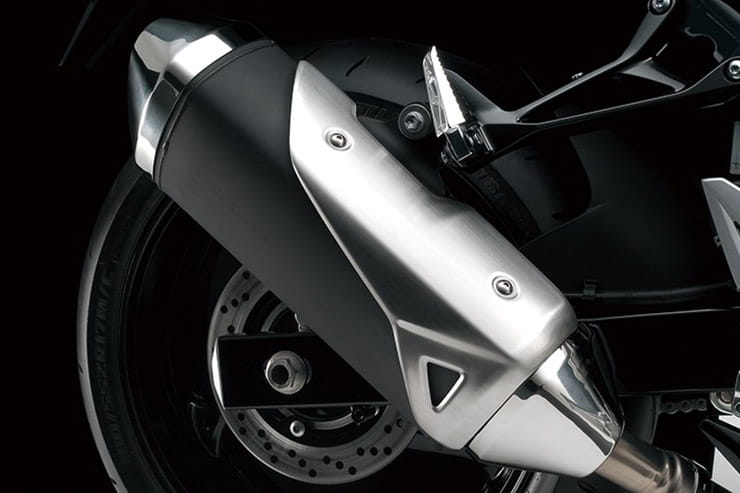 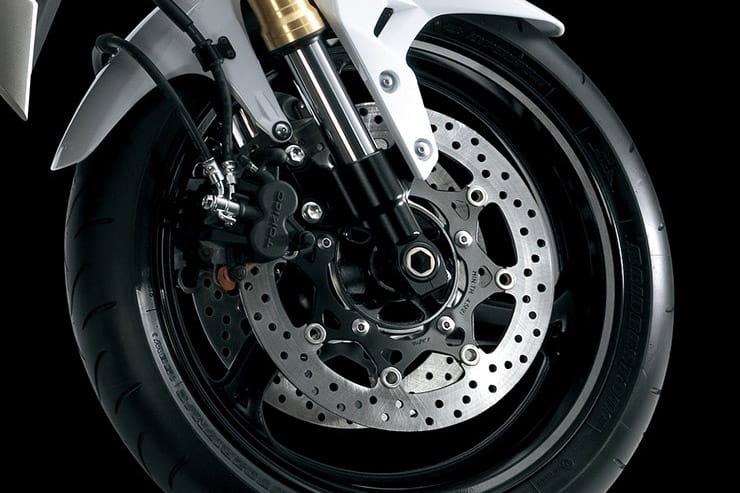 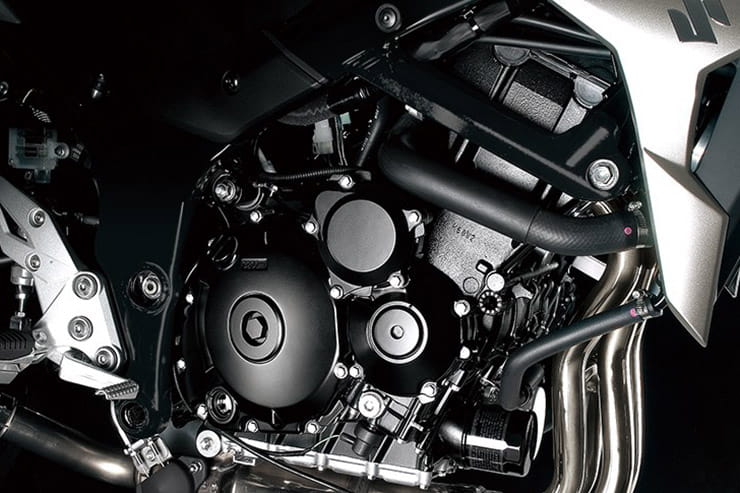 Pleasingly, despite Suzuki’s reputation for often being a touch suspect when it comes to build quality on their budget bikes, the GSR750 appears to withstand the test of time rather well. Owners don’t report any major finish issues and aside from the usual naked bike woes of corrosion on its exposed fasteners if ridden through winter and not properly cleaned/treated with anti-corrosion spray it is fairly good news. However, that isn’t to say it is fault free…

Unlike most of its naked rivals, the GSR comes with low-spec two-piston sliding front calipers, which can develop corrosion on their sliders, causing the brakes to bind and possibly drag on the discs. A rebuild kit is less than £40 a side, so won’t break the bank, but always check for any excessive wear on the discs as they are closer to £200 a side to replace. A few owners also report that that the exhaust valve (located just after the cats under the rider’s right-hand foot peg) can seize up, requiring a bit of effort to unseize. If it has happened there are a few options ranging from a de-cat link pipe (roughly £120) to getting medieval on the valve, so look at the two cables that run into the valve and ensure they are turning when the bike’s engine is revved. Also, check for an ‘Fi’ warning on the dash, which is triggered by a sticky valve.

In terms of the GSR’s motor, you should be pretty safe. A very few bikes have developed gearbox issues, but these are oddities rather than commonplace and overall it is in a fairly low state of tune and is therefore very reliable. As with any modern machine you need to be wary of any sensors failing as they can be pricey to replace, so on a test ride have a good look for any warning codes being displayed on the dash, and a good service history is recommended.

The GSR is a bike that many look at customising, which can be a bit of a worry. If the bike has an aftermarket exhaust can that’s not a major issue (as long as it will pass an MOT), but replacements bars, tail tidies etc can be a touch more concerning. Ensure any electrical additions don’t interfere with the bike’s main wiring loom and look like they have been wired in with a degree of competency and always check that replacement bars don’t over-stretch the brake lines or cause the bike’s revs to rise when the bars are put from lock to lock, hinting that the throttle cable is being stretched. 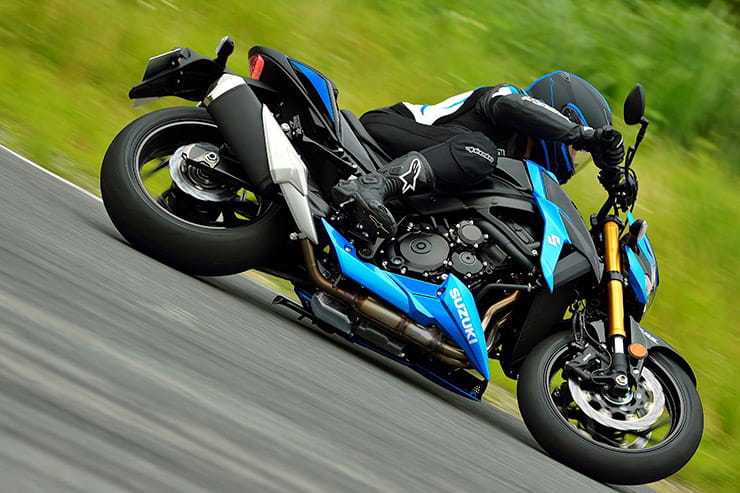 The GSR750 wasn’t updated throughout its life span aside from paint and owners being given the option of ABS or not. That said, there was a ‘special edition’ GSR750Z that appeared in 2014 and added a cool white and blue paint scheme, Yoshi R11 silencer, bely pan, gold anodised fork outers, a blue drive chain and a red shock spring. Don’t pay a huge amount extra for this model over a stocker. 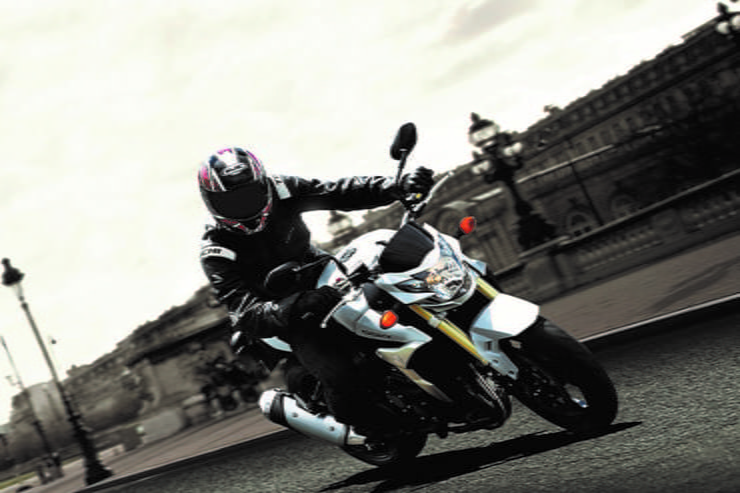 Considering its age and the fact it has been updated with an all-new model, the GSR750 should be priced lower than it is in dealers, so this is a bike best bought in a private sale. A dealer will ask from £4000 for an early model to £5500 for a late 2016 version, which seems a bit steep considering the GSX-S750 is £7999 brand new – and that’s before the dealers have started discounting/pre-registering! Hit the classifieds and you can get an early GSR750 for just over £3000, which is a bit more realistic. 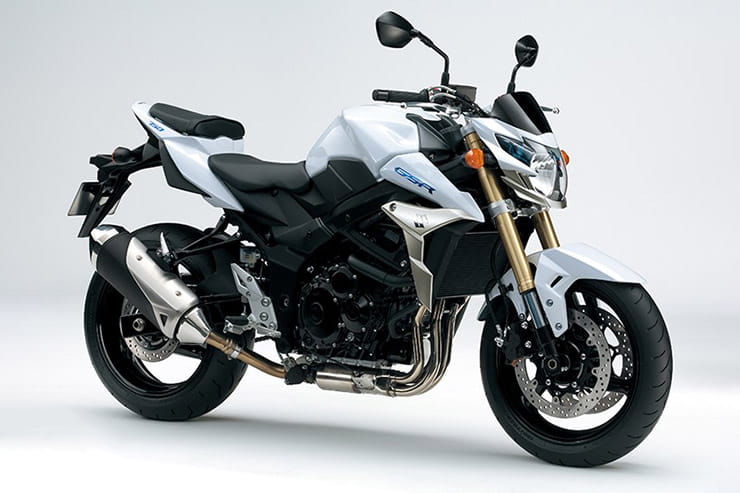 The poor old GSR750 doesn’t seem to get much love on the internet and there isn’t actually a dedicated forum, so you will have to go to one of the Suzuki forums instead. Try www.suzukiownersclub.co.uk or head to the GSX-R owners club at www.gsxroc.com.