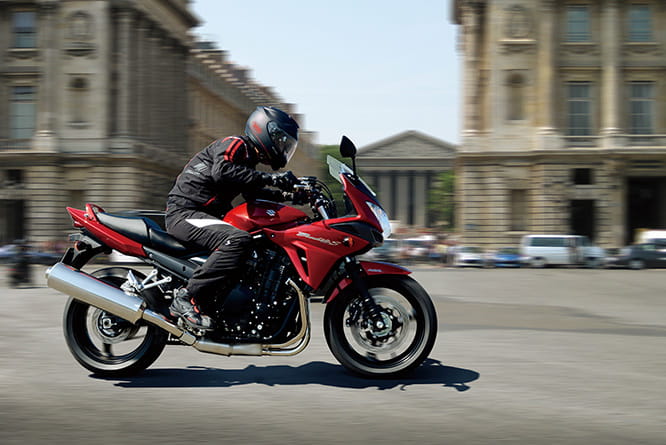 Big, budget all-rounder reintroduced in 2015 in half-faired form and is a welcome return. You simply can’t get more bike for the money than this.

The 1200 and later 1250 Bandit, both in naked and half-faired forms, had been a budget-priced mainstay of Suzuki’s range from the mid-‘90s right through to its demise in 2012.

With a big, grunty four-cylinder engine, basic but adequate tubular steel chassis and masses of versatility the Bandit was always a great-priced, straight-forward, rugged all-rounder.

But despite effectively being succeeded by the GSX1250F (which used most of the Bandit’s running gear but with a full, sports-touring fairing) Suzuki reintroduced its old favourite, now just in 1250S half-faired guise, in 2015.

And we’re hugely glad they did. The GSX-F is a fine, great value bike, at just under £8K new, but the revived Bandit undercuts even that by a further £700 which, to put it another way, is VStrom 650 money.

And, whichever way you slice it, that’s a hell of a lot of bike for the money.and is characterized by its smooth, no-messing grunt. The tubular steel frame and non-adjustable suspension may be fairly basic but it does the job: it’s impressively stable and yet still agile enough to be fun, it’s roomy and comfortable for two and the half-fairing does its job at keeping the worst of the weather at bay. While, equipment-wise, although fairly low-tech by modern standards (you won’t find any electronic riding modes or traction control here, although it does have ABS), it’s decently enough built, has a solid reputation for ruggedness and reliability and should be capable of clocking huge mileages. 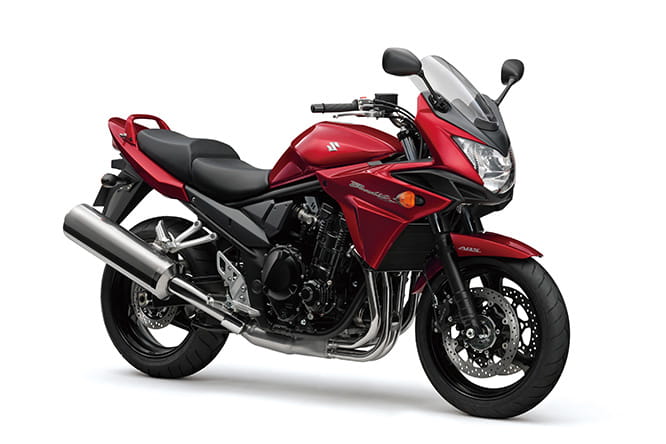 The re-introduced version of the Bandit is too new for any faults to have emerged yet, however as it’s essentially identical to the old 2012 version but with just a few cosmetic changes and as that bike was considered about as solid as they come, there’s little to fear. The engine in particular is virtually bombproof being understressed, refined and proven.

Instead potential buyers should inspect the Bandit with a particular concern, as it’s a ‘budget bike’, for cosmetic and maintenance neglect and, as it’s also a popular ‘first big bike’ possible crash damage. With this in mind make sure you inspect closely all consumables (chain, sprockets, brake pads, tyres etc) for excessive wear or poor maintenance. You should also look closely at the usual vulnerable cosmetic areas (exhausts, chrome, wheels etc) for decaying or worn finishes plus all extremities and bodywork for scrapes, cracks and dings – scuffed, cracked or dented fairing and tanks, for example, can be very expensive to fix.

Bandits are also, as they come in fairly basic trim, more liable than most to have been festooned with accessories such as aftermarket silencers, anodized cosmetic parts, different screens etc. It’s up to you to assess if they’re desirable and have value, although if the vendor still has the originals it’s a bonus. 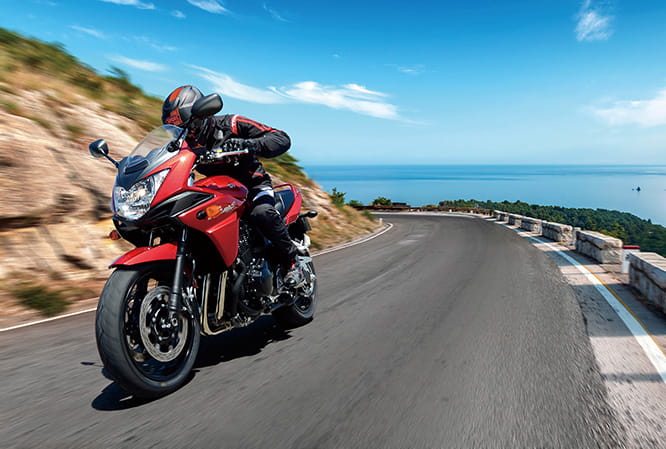 None yet since the 2015 reintroduction and the biggest difference with this incarnation over the old 2012 version is to the frame-mounted half-fairing which now extends down lower over the radiator.

In a couple of words: not much. Low mileage 2015 examples can be snapped up for under £6K which is a bargain in anyone’s book. If you want to consider the older version, 2011-12 examples, with, say, around 10,000 miles on their clocks, should cost no more than £5K.