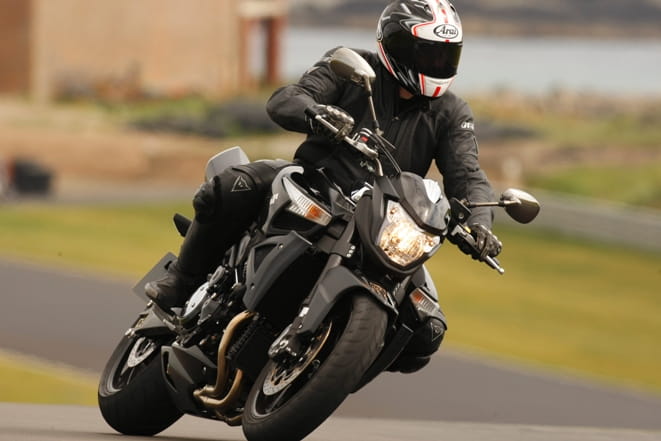 The Suzuki B-King is a perfect case of marketing hype building up expectations to such a degree that when the actual machine that is being touted arrives, it is a crushing disappointment. Which is a real shame because in retrospect, the B-King didn’t deserve the fate that eventually befell it. Well, not entirely.

The story of the B-King started way back at the 2001 Tokyo Motorcycle Show. The Japanese always like to display something special on home turf and in 2001 Suzuki pulled the covers off a very radical bike. The B-King was, they stressed, only a concept bike – but what a concept. Using a supercharged Hayabusa engine, the B-King was so bonkers it stole all the headlines. This concept bike then embarked on a worldwide tour of bike shows while Suzuki men armed with clipboards frantically ‘gauged customer interest.’ The interest was hard to miss and everywhere the B-King went it was greeted with a hugely enthusiastic response. ‘Build it!’ the public screamed – so Suzuki did. Eventually. And that’s where the problems started.

After an irritatingly long and drawn out teaser campaign, the final production version of the B-King was eventually unveiled in late 2007. The reaction wasn’t quite what Suzuki were expecting, although to be fair the bike wasn’t quite as promised either. 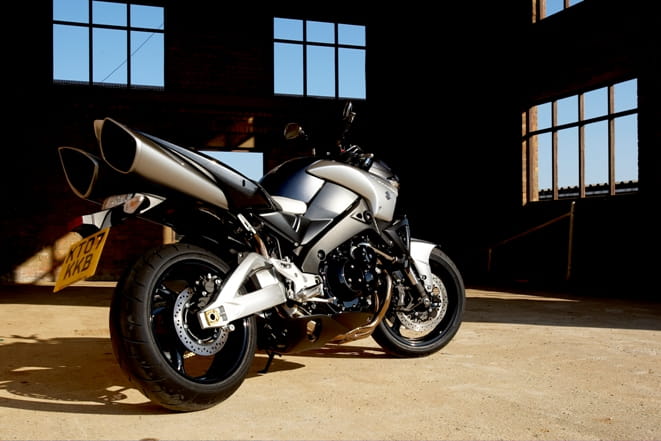 Rather than push the boat out, Suzuki played it safe and abandoned the supercharger concept. True, the Hayabusa engine made a fairly whopping 181bhp and 108lb.ft of torque, but while that was more than enough for a naked bike, the supercharger was the B-King’s big selling point. Anyone could make a powerful naked bike, but as the Kawasaki Ninja H2 is currently demonstrating, a bit of new technology always goes down well with buyers.

Bereft of this unique selling point, things went from bad to worse for the B-King as its looks were also called into question. The concept bike was a stripped back naked with minimalist looks, the road bike arrived with bulbous bodywork and some ridiculous looking exhaust pipes. This was no raw street fighter like the concept bike promised, it was a bloated naked Hayabusa with what looked like missile launchers strapped under its arse and acres of horrible plastic panelling. Riders voted with their wallets, sales of B-King flopped and stuck with an unpopular bike, Suzuki did their best to rekindle sales, first by adding a bit more variation to the traditionally dark colour schemes and then finally by offering sleeker aftermarket exhausts with new bikes. Neither tactic worked and the B-King was officially dropped from Suzuki’s model line-up in 2012, the final irony being it was actually longer in development than it was for sale. Then, as is so often the way, the B-King slowly started to win friends.

Despite its unpopularity with mainstream riders, behind the scenes a cult was developing around the B-King, spurred on by its incredible value in the used market and its ease of customisation. A new set of cans, some chunky bars and a bit of carbon and the B-King starts to look far more appealing. At the end of the day this was a naked Hayabusa with 181bhp that could easily clear 170mph and be bought for £5000, what was not to like? The B-King had found its place and nowadays this cult makes it a worthy bike to consider investing in. 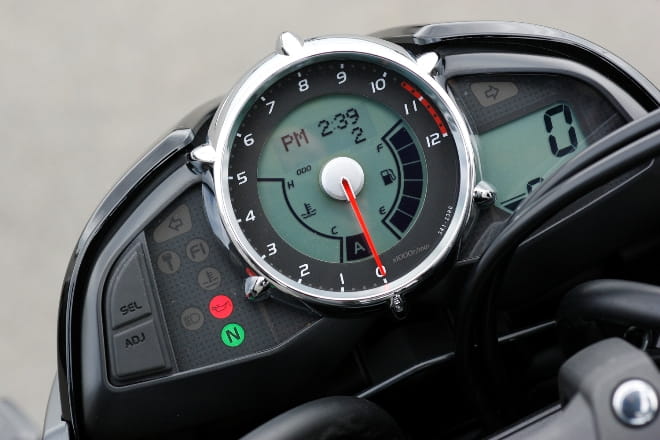 After being burnt so badly, Suzuki will never build a bike like the B-King again and the chances are that with the new breed of lightweight super nakeds, no one else will consider an old school big engine monster like this either. Prices of the B-King are on the up, but if you can pick up a good unmolested B-King for the £6000 area you shouldn’t end up out of pocket. As a solid, fast and comfortable roadster the B-King is very pleasant. However with all the excitement surrounding the H2 and H2R, you can’t help but think ‘if only Suzuki had grown a pair and supercharged it…’, when you look at the B-King.

Holeshot Racing: if you want to make a Hayabusa engine go stupidly fast, these are the guys to speak to. Turbo B-King anyone?

B-King Forum: a forum dedicated to the mighty behemoth from Suzuki.

Have you owned or do you currently own a B-King?