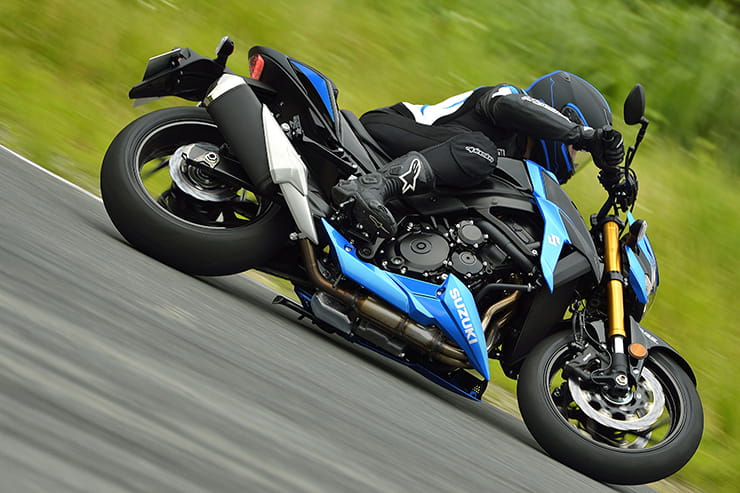 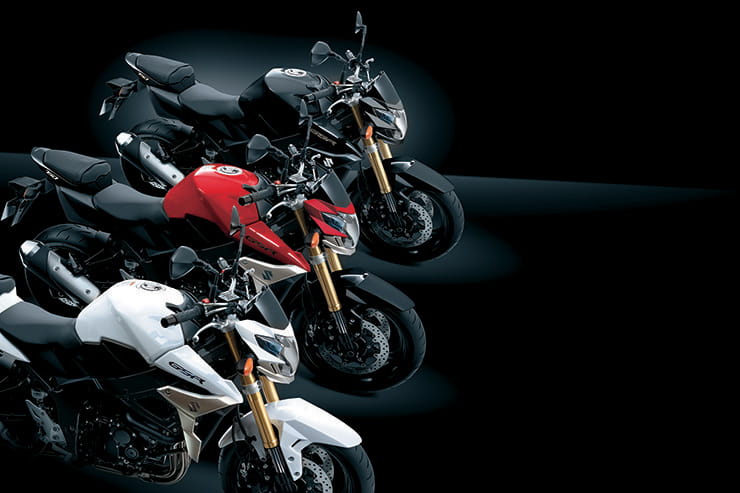 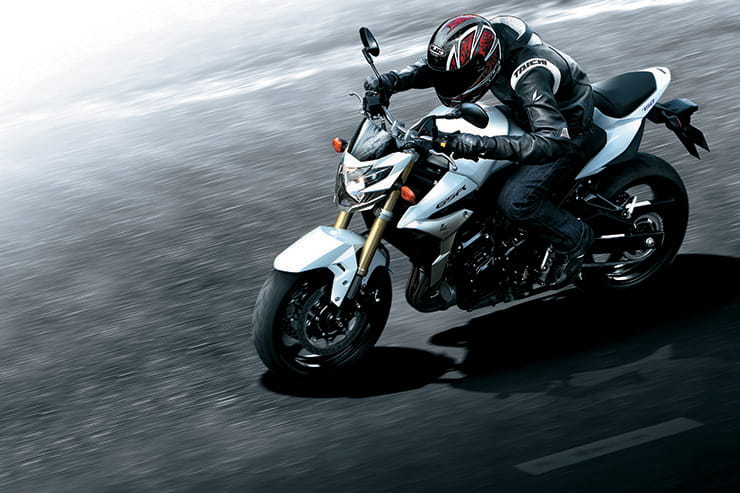 Launched in 2011, the Suzuki GSR750 was up against the likes of Kawasaki’s wild-looking Z750/Z800, Yamaha’s disappointing FZ8 and Honda’s outdated Hornet and in the incredibly competitive middleweight class was generally regarded as the inline four to buy unless you were swayed by the Zed’s look. But the issue for the GSR didn’t come from Japan, it arrived from Hinckley in the shape of the Street Triple, which made the Suzuki seem lacklustre and a bit uninspiring to ride. Although to be fair, it did the same to every rival in its class!

As a result, the GSR faded into the background as it didn’t really do much to draw potential buyers in. Lacking the Zed’s funky look, totally outclassed when the Yamaha MT-09 arrived in 2013 and less sporty than the Street Triple, the GSR was left in no man’s land and while it continued to be sold until 2016 when it was replaced by the GSX-S750 (which is basically a tweaked GSR) it was heavily discounted and sold on its price tag rather than its sex appeal. A fairly common bike in the used market, nowadays the GSR represents fairly good value for money and with prices ranging from £3500 to £5700 it is worth a look if you are after an easy-going middleweight with a bit of poke.

There are a fair few GSR750s in the used market and so there is no need to rush out and buy the first one you see. Prices start at £3500 for a high mileage bike (over 20,000 is quite high for a naked bike) in a dealership with £4000 generally enough to get you a good one with mid-teens mileage, sometimes even lower. If you set yourself a maximum budget of £4500 you will secure a tidy bike and to be honest, there is no need to venture over £5000 or to the top-end price of £5700.

Boasting a re-tuned version of the 2005 GSX-R750 motor, the GSR makes a very respectable 105bhp with 59lb-ft of torque. Delivered in a super-smooth fashion with a lovely throttle connection, this gives the GSR more than enough poke to be fun without ever over-stepping the mark. Yes, it needs to be revved a bit to get it flying, but if you want to take it easy there is a decent amount of mid-range grunt thanks to revised cam profiles and altered ports when compared to the GSX-R ‘s sportsbike-focused engine. It’s just one of those motors that is instantly accessible and fun to use and while not on the same level as the two triple rivals in terms of spirit or zip, is very good for relaxed road riding.

In terms of the GSR’s motor, you should be pretty safe as the GSX-R750 engine is solid and in naked bike form it is under considerably less stress than in a sportsbike chassis. A very few bikes have developed gearbox issues, but these are oddities rather than commonplace, and overall, it is in a fairly low state of tune and is therefore very reliable. As with any modern machine you need to be wary of any sensors failing as they can be pricey to replace, so on a test ride have a good look for any warning codes being displayed on the dash, and a good service history is recommended. Service intervals are every 3500 miles, which is quite low so are often extended by owners, and the valve clearances need checking at 14,500 miles, which is regularly skipped. A few owners report that that the exhaust valve (located just after the cats under the rider’s right-hand foot peg) can seize up, requiring a bit of effort to unseize. If it has happened there are a few options ranging from a de-cat link pipe (roughly £120) to getting medieval on the valve, so look at the two cables that run into the valve and ensure they are turning when the bike’s engine is revved. Also, check for an ‘Fi’ warning on the dash, which is triggered by a sticky valve. Due to its exposed nature, the finish on the motor can take a battering and so can the exhaust downpipes and radiator so inspect these very well for excessive corrosion and flaking paint. Replacing a radiator is a costly process so look for dents, stone damage, corrosion and leaks. 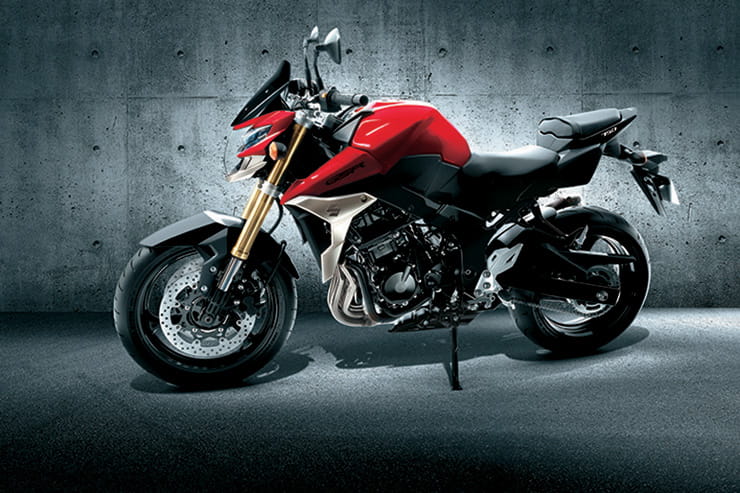 The GSR isn’t too bad in terms of fuel economy and you can reasonably expect to get from 40-50mpg depending on conditions and use. A few commuters see over 50mpg in town but a more common average is 43mpg, which equates to roughly 180 miles from the 17.5-litre tank.

Unique to the naked bike, Suzuki did a great job with the GSR’s chassis and it has a really good natural balance that makes it feel very assured in the bends. It’s not the fastest handling naked (that’s the Triumph) but it is effortless to ride and surprisingly sporty when required with compliant suspension that although not outstanding in its damping, is plush, forgiving and hits a nice balance between too sporty and too soggy. As you only get preload front and rear to adjust, this is a good thing! The shock is quite a budget item and it does seem to start to feel beyond its best as it approaches the 20,000-mile mark, so check it for damping and if it has a nasty ‘uncontrolled bouncy’ feel by compressing and then releasing the back end, and always watch out for leaking fork seals and damage to the fork sliders, which can be common on commuters due to stone chips. At low speed, the GSR’s natural balance is again a bonus, making it easy-going in town and reassuring for newer riders, especially as its 815mm seat height means you can easily get both feet on the floor.

It is a bit of a shame that Suzuki didn’t arm their GSR with a bit more bling when it comes to the brake department. Although the two-piston sliding set-up works ok, it is just that – ok, not excellent and it looks a bit budget. A set of braided lines, high friction pads and a rebuild can make it perform more than good enough for road use, but the fact they aren’t four-piston always gives the bike a budget feel. ABS was an option on the GSR and it’s an adequate, if not outstanding, system for road use. 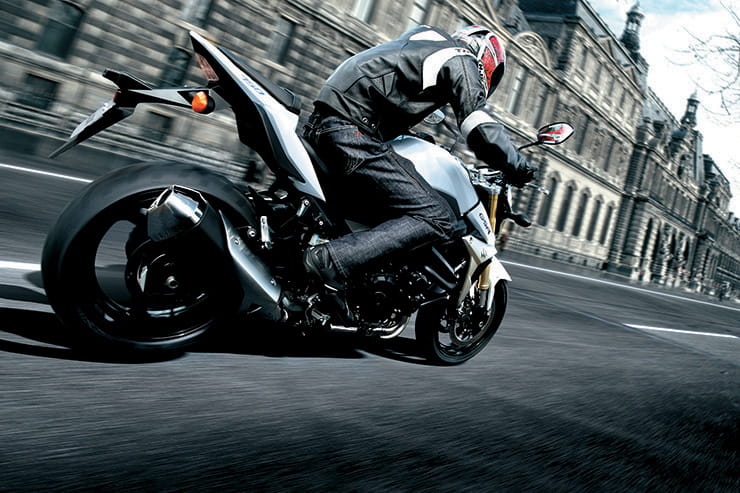 Being a naked bike the GSR isn’t really designed with touring in mind, although that doesn’t stop some owners. You can fit a screen if you want, and the motor is nicely vibe-free for motorway miles, but if you want to tour you are probably better off looking for a dedicated sports tourer such as the GSX-S1000F, which is basically the firm’s naked GSX-S1000 model with a fairing attached, meaning you get high bars instead of clip-ons.

The only rider aid is ABS and the GSR has no power modes although it does have a fuel gauge and gear indicator on its LCD dash, which is helpful. The GSR is a bike that many consider customising, which can be a bit of a worry. If the bike has an aftermarket exhaust can that’s not a major issue (as long as it will pass an MOT), but replacement bars, tail tidies etc can be a touch more concerning. Ensure any electrical additions don’t interfere with the bike’s main wiring loom and look like they have been wired in with a degree of competency and always check that replacement bars don’t over-stretch the brake lines or cause the bike’s revs to rise when the bars are put from lock to lock, hinting that the throttle cable is being stretched. There was a ‘special edition’ GSR750Z that appeared in 2014 and added a cool white and blue paint scheme, Yoshi R11 silencer, bely pan, gold anodised fork outers, a blue drive chain and a red shock spring. Don’t pay a huge amount extra for this model over a stocker but it is quite cool to own a slightly rarer version.

A bike that was generally overlooked back in the day, Suzuki’s GSR750 deserves a bit more acclaim than it usually receives. Yes, it has a hint of a ‘universal Japanese motorcycle’ about it, but if you dig a little deeper you will discover that this is actually a very good inline four naked bike that makes for a really enjoyable machine. And at under £4000 for a good example, it’s not bad value to boot, if a little uninspiring to look at...

Three things we love about the GSR750… 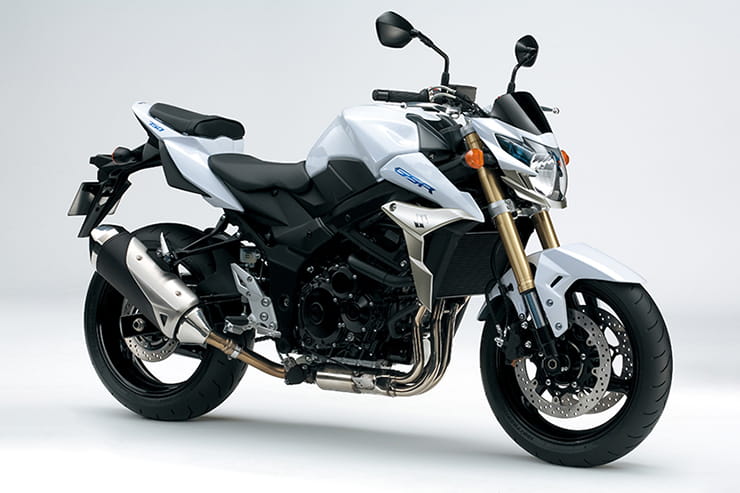 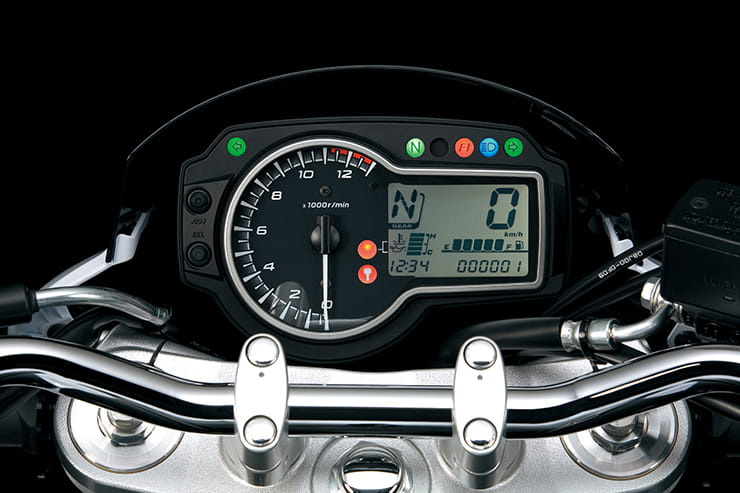