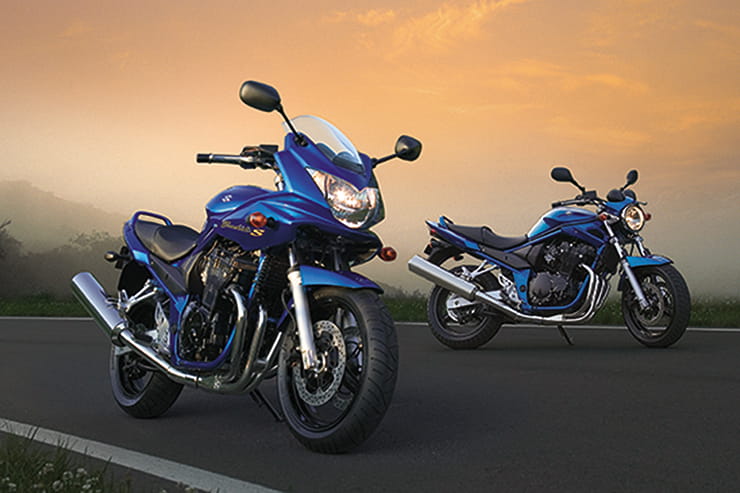 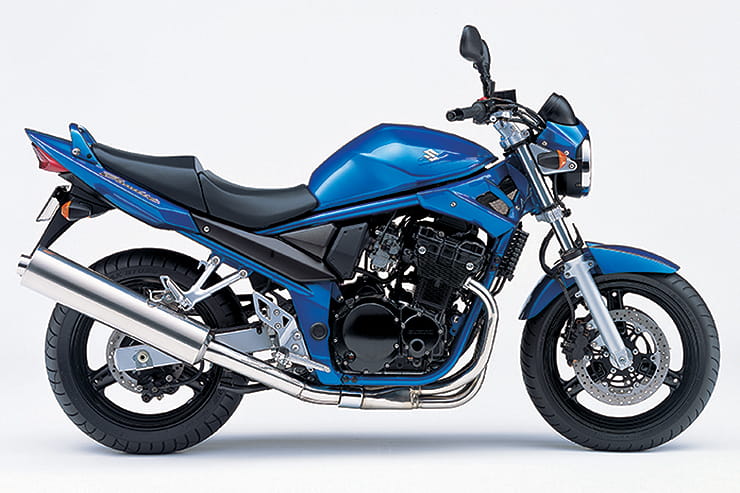 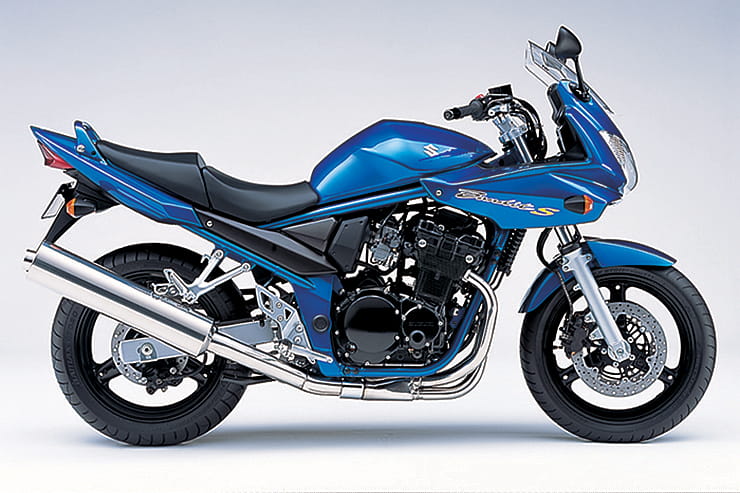 The Suzuki Bandit (no one calls it the GSF600) is probably one of the most under-stated heroes of the modern motorcycle age. Launched in 1995 in 600 guise, the Bandit made naked bikes cool thanks to a decent chassis and strong air-cooled motor at a time when most machines of its kind were just dull out-dated commuters. Cheap, great-looking and ripe for customisation, the Bandit soon developed an army of fans and went on to inspire countless riders to take to two wheels. Not only that, in half-faired S form it was a superb commuter. Growing in size to 650 in 2005 before emissions laws saw the air-cooled motor replaced with a water-cooled variant, the Bandit (and its bigger brother the Bandit 1200) still holds a very special place in many riders’ hearts. So popular was the Bandit 600 and 650 that if you are after a cheap hack, it is the first place to look, delivering cheap motoring at its very best – and there is nothing wrong with that at all.

The air-cooled motor is quite old so you can’t expect miracles however for commuting and daily riding it has enough power to get on with the job in hand. Thanks to its long-stroke design it has a good spread of torque and its peak power figure of 77bhp isn’t that far off some much more modern middleweights. The 650 version has a very welcome extra boost of mid-range thanks to its bigger capacity, making it worth searching out and buying if you have the option/finances.

The Bandit built its reputation around having a motor that is basically bulletproof and the fact that so many are still on the roads is testament to this. You will struggle to kill a Bandit engine and aside from any nasty noises your main worry isn’t the bike’s mechanicals, it is far more the bits bolted to it. Time will see generators fail but the main worry is the exhaust system, which is notoriously weak where the four headers go into one so check for cracks and leaks. The finish is also fairly poor and flaking paint is very common alongside seized bolts and corroded or weeping oil coolers. The majority of Bandit owners do their own servicing, so don’t expect much in the way of a stamped service history, and instead ask the owner a few questions to see how competent they seem with the spanners. Bandits do suffer if their carbs are either poorly balanced or blocked with gunk after the bike has been stood for a while, so check it starts nice and easily and ticks over smoothly. Aside from this, you are pretty much on safe ground in terms of the motor, if not possibly the chassis... 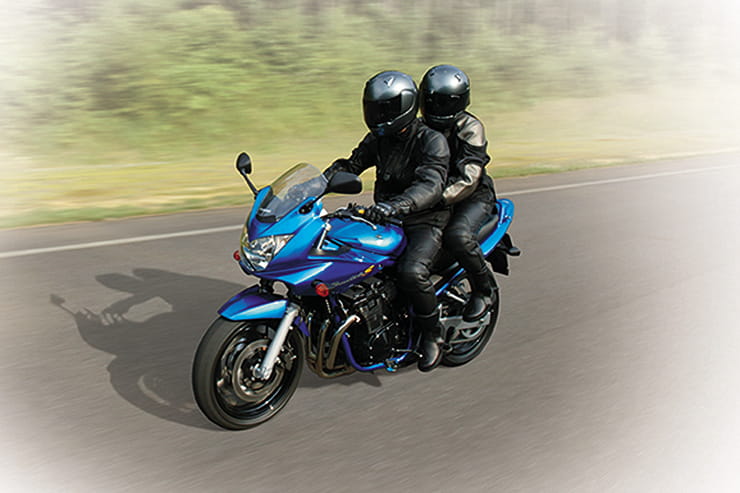 Ride a Bandit gently and you can easily see 55mpg, which is perfectly acceptable. Due to its small size when you start to motor along this can drop into the mid 40s, however even there it is hard to criticise. What will save you money, however, is the easy of home maintenance as well as the very low insurance premiums.

The Bandit was always built to a price point and the major compromises came in the chassis department. The tubular steel frame is ok but the suspension is fairly poor as standard and most used bikes will be in dire need of their forks being overhauled and probably a new shock. That’s the bad news, the good news is that should you treat the Suzuki to a suspension refresh it will transform the ride quality (there is a Bandit 600 race series...) and once on modern rubber the Bandit is a decent handling bike. It’s no Street Triple but it can certainly be enjoyed in the bends. When buying used be very wary of rust on the frame as this is a common issue and also seized suspension linkages, which is a notoriously weak area on the Bandit and can be costly to rectify. A lot of owners (especially of Mk2 models) complain about the Bandit eating head bearings, however they are fairly easy and cheap to replace if needs be. Your biggest worry in terms of the chassis is trying to work out if the bike has been crashed! Always put it on its centre stand and look at the bike from behind to see if the subframe seems out of alignment or the bars twisted at all. Bandits spend a lot of time commuting and that means spills are common. It is also worth checking the wheels for dings caused by pot holes and also the exhaust  for any scrapes.

Best described as adequate, the Bandit has a fairly basic two-piston siding twin caliper set-up. Although not actually that badly lacking in power, they do give the bike a cheap and cheerful appearance, which is a shame. On the plus side, they are very cheap and easy to rebuild should they seize on their sliders, which is a common fault. Watch out for seized rear calipers as its underslung location exposes it to all the road crap and they are notorious for their pistons locking solid in the caliper. 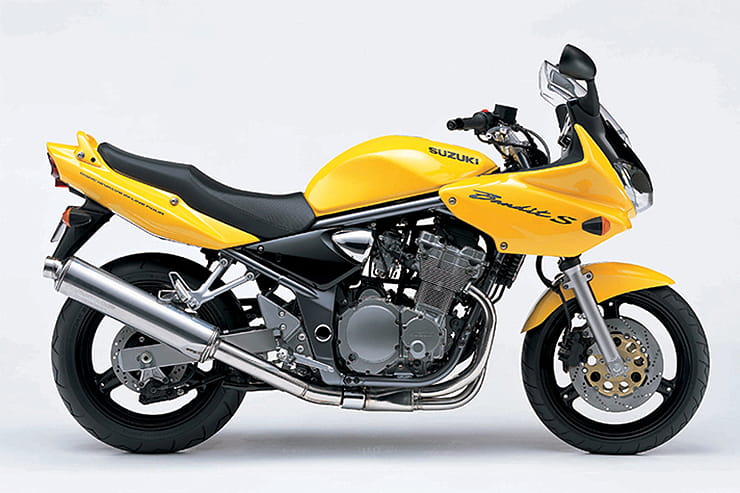 The Bandit is a comfortable machine with soft suspension and a deeply padded seat, so yes, touring is certainly on the cards. Ideally you want to go on the semi-faired S model rather than the naked N, however you can add a screen to the N fairly easily to deflect a bit of the wind. Many owners tour on their Bandits and thoroughly enjoy the experience. However it has to be said, if you are planning on going long distances (especially two-up), the Bandit 1200 or the fully-faired GSX models are better options.

The Bandit lacks any rider assists and even the 650 didn’t have ABS as an option, so your only electronic assist is a fuel gauge. In terms of accessories, as you would expect on such a popular model there are loads to choose from with belly pans, fairings and screens all worth adding (especially to the S) if you are planning on commuting. Loads of riders fit heated grips, replacement exhausts are common, seat covers, crash protection, the list goes on and on. A fair few owners fit chunkier bars such as Renthal items, just check that the throttle’s action isn’t compromised or the brake lines stretched too far when the forks are fully extended. Ideally, get a standard bike.

The Suzuki Bandit does nowadays exactly what it was designed to do all those years ago – provide cheap, reliable motoring in a good-looking naked bike. There are a few hacks out there to be avoided but if you get a good one, the Bandit is a great option for city life or a budget-conscious first big bike that won’t let you down.

Three things we love about the Bandit 6… 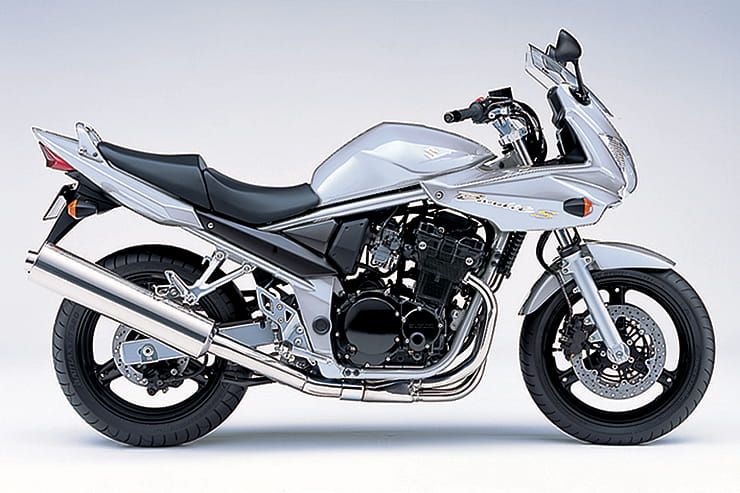