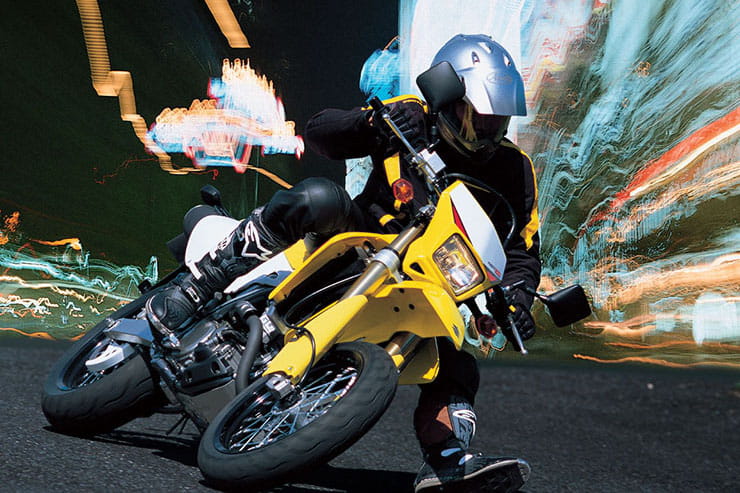 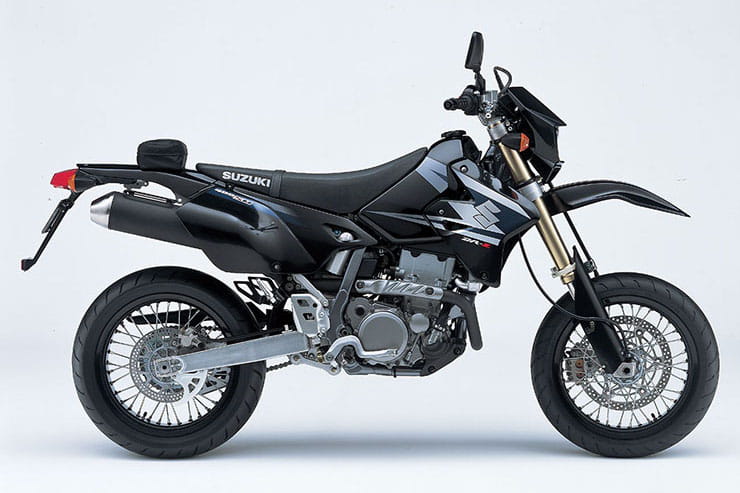 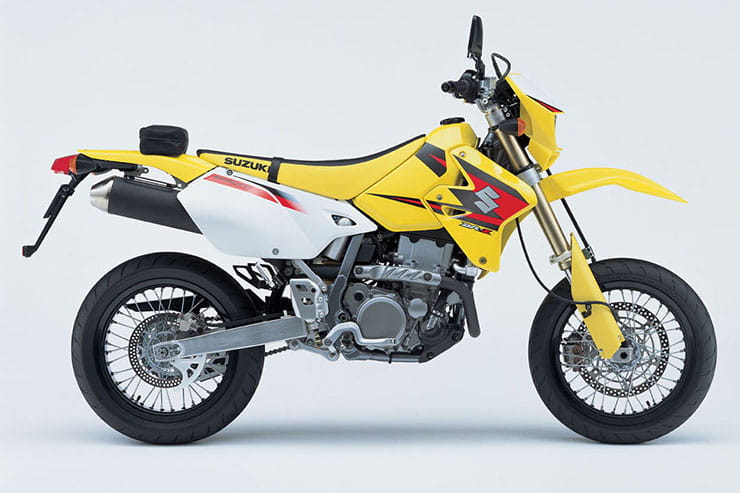 In 2005 the Suzuki DR-Z400S had been around for four years (and before it the 350) and so had an established reputation as a solid enduro, however there was a new two-wheeled trend sweeping across Europe – supermoto! Spearheaded mainly by the French, supermoto races were starting to attract decent crowds and manufacturers were seeing this as a potential new market, resulting in a host of ‘new’ models appearing. There were established entries from Husky and KTM but then the likes of the (dull) Honda FMX650 Funmoto, (dependable) Yamaha XT660X and (short-lived) BMW 650 Xmoto started to appear – and Suzuki also got in on the act with a supermoto version of the DR-Z. Launched in 2005, the DR-Z400SM was basically just a DR-Z400S with a set of 17-inch wheels, beefed up suspension, better brakes and a bit of a re-style. There again, did it need to be any more? Surely that was the essence of a true supermoto... Just like the DR-Z400S, the SM was light, reliable and fun to ride. Certainly not the fastest supermoto, or the most barking mad and stunt-happy, the SM still makes for a charming and reliable bike that has a fair bit of spirit about it – if not outright performance...

Back in 2005 the SM was just under £4500 brand new – what a bargain. Annoyingly, the SM is now remarkably expensive. Prices seem to float around the £3000 area for a well-used example and rise to as much as £4500 for a really nice bike, mainly as they are fairly rare due to their unpopularity (supermoto failed to be the hit manufacturers predicted it would be). There are even a few advertised for £6500 but they have less than 2000 miles on their clocks. Assume you will be (grudgingly...) forced to pay around £3500 for a good one. Are they worth it? Hmmmm, that’s the issue.

The DR-Z’s single cylinder engine makes a respectable (for a 400...) 39bhp with 28.8lb-ft of torque but while more than enough for trail riding, on the road it can be left feeling a bit lacking. Where some supermotos love to chuck the front up in the air on the throttle alone or really rev and give you a buzz, the DR-Z is far more sedate and it feels like a road motor that has been asked to become a supermoto rather than a hairy-chested off-road single that has been forced to live on the road. It’s a solid performer and very reliable, just not that thrilling when you compare it to a bigger-capacity rival from Husky or KTM.

With its double overhead cams, four valves and water jacket, the DR-Z’s single cylinder engine is a reliable unit that even comes with an electric start, which is always great to see. Generally very reliable, it is a cheap engine to work on (service kits are less than £80) and seldom has any major issues. Owners report it can vibrate bits loose, so keep the thread-lock on hand and use it for crucial areas such as the front sprocket retaining nut, but otherwise your main worry comes from how badly it has been thrashed. Check it is cold and then look for smoke on start-up and also listen carefully for any worrying rattles. A big concern when buying a used DR-Z is what the previous owner has done to it. Hot cams, carb jet kits, airbox modifications, loud pipes, they all affect how the bike fuels and runs and that can lead to this reliable motor becoming less than reliable! If possible, go standard and keep it that way. A loud pipe may release a few extra ponies (and noise) but in the grand scheme of thing it’s not worth the hassle. The gearbox is fairly robust (it only has five gears in there!) but always check it for jumping out on a test ride as ham-fisted wheelies can cause damage. When buying used, check the radiator for damage or signs of rot and ask if it is running the stock gearing as quite a few owners play about with sprocket sizes. If the bike refuses to start, look at the sidestand cut-out switch, which is notoriously weak, and also the clutch switch as it can become loose and that stops it engaging and allowing the bike to start. 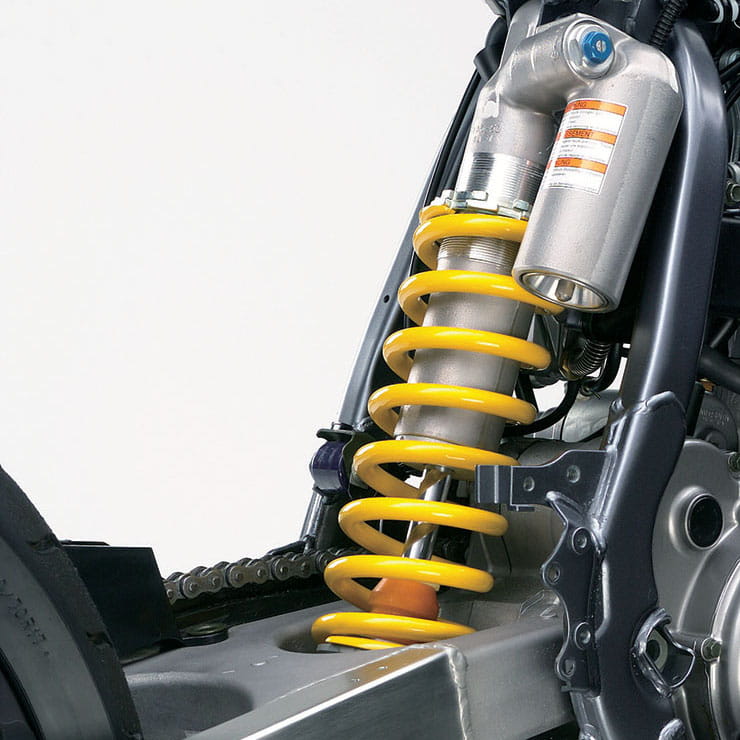 Owners report anything from 40 to 50mpg for the DR-Z, which would be impressive aside from the fact it only has a 10-litre tank! There again, the seat is so uncomfortable you don’t really want anything bigger as by 100 miles your backside is in agony!

The DR-Z400SM has one major factor working in its favour when it comes to handling – its weight. Tipping the scales at just 146kg wet it is light, agile and bags of fun to chuck around. As a town bike it makes perfect sense and even the high-sounding 890mm seat height in reality feels far lower. But it isn’t perfect and when you up the pace the suspension feels a bit soft and squishy (especially the shock) and the forks have loads of dive under braking. Luckily there is a degree of adjustability in the SM’s suspension (compression and spring preload at both ends) so you can dial a bit of a bounce out. Owners often buy a new shock and get the forks re-valved and add heavier springs to firm up the ride. That done, a set of really sticky tyres (go mad on this front as you will cover so little miles a set of ultra-sticky ones will last years) and you are away! When buying used, watch for broken or rusty spokes and also dinged wheel rims, and always be wary of crash damage and any signs of theft. Crash damage is easier to spot – just look for aftermarket bodywork – but theft is more of a worry in some ways and so look to see if the same key operates all the locks, inspect the frame and engine numbers very well, see if the ignition lock is working and undamaged and get an HPI check done. By now a few DRZ’s are starting to suffer from electrical issues, so check all the lights etc work.

The SM has a bigger front disc when compared to its enduro sibling but you still only get a two-piston sliding caliper and no braided lines as standard. Fit a braided line, swap the pads for a set with a higher friction co-efficient and if necessary give the caliper an overhaul (kits are less than £40) and they have enough bite to halt the DR-Z’s lightweight 146kg. A few owners go overboard and fit an uprated caliper or master cylinder but there isn’t really any need. ABS was never an option on the SM – or any DR-Z for that matter. 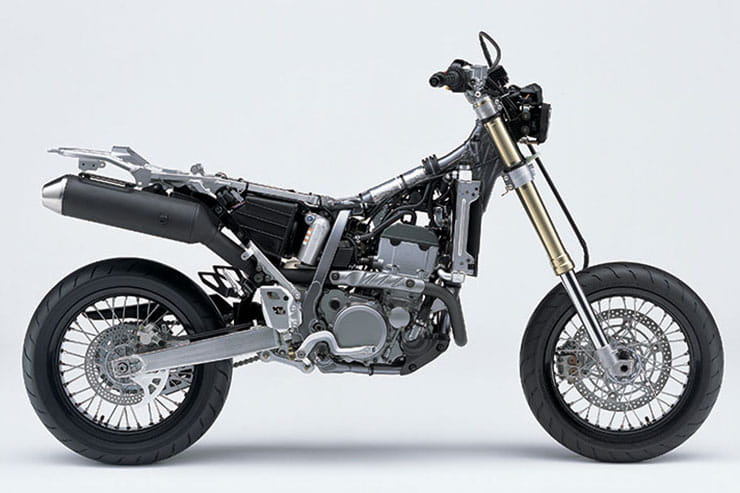 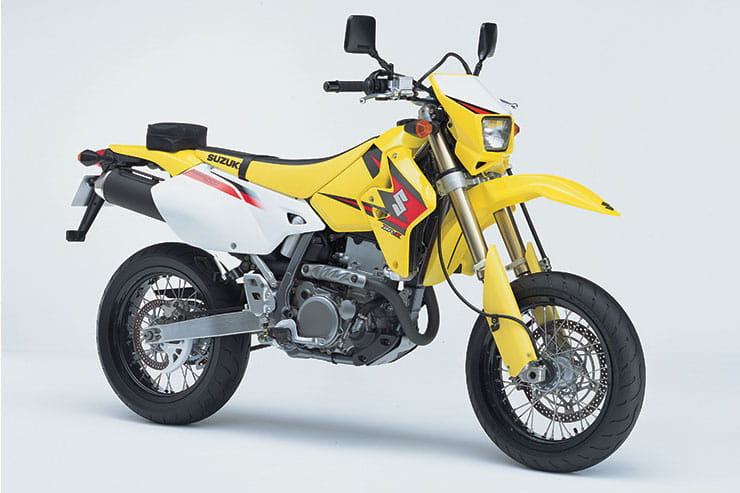 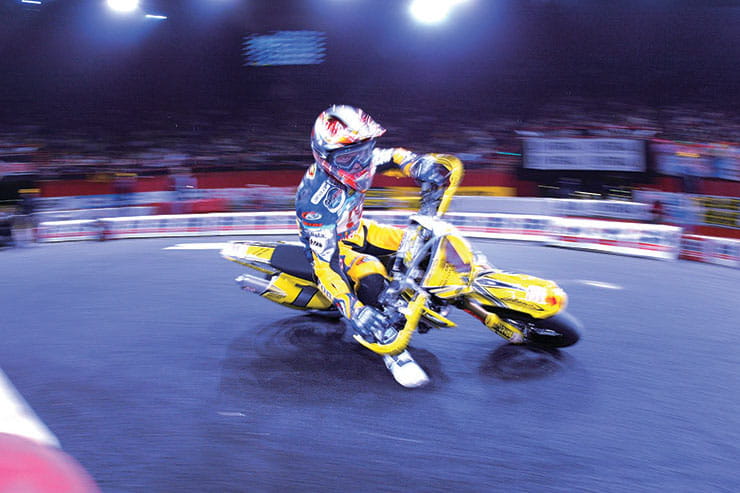 No, quite simply no. The DR-Z’s seat is rock hard and although the seating position is quite comfortable, your bum will be feeling the strain after a few short miles. Add to this a 10-litre tank, slightly vibey engine and it all equates to far more a weekend short-hop or urban commuter than a tourer!

The SM lacks any rider assists and the dash doesn’t even have a fuel gauge, so in terms of OE equipment it is certainly limited! The aftermarket world, however, loves the DR-Z...

If you want to up its performance you have the option of carb jet kits or even swapping the whole carb for a bigger flat-slide unit, there are free flowing air filters, stainless steel race exhaust systems, hot cams, you name it. A lot of the kit comes from America where the DR-Z was very poplar and also fits the enduro model. Quite a few owners change the SM’s bars for chunky Renthal items, uprate the brakes, fit crash protection and even swap the bodywork – although generally there is a reason why bodywork and bars are changed – a crash! It all depends on what you are planning on doing with the bike but really, the best SM to buy is a stock bike as performance parts quite often spell trouble. If you want a supermoto to make your hair stand on end, buy a KTM or Husky, don’t try and make the DR-Z400SM something it isn’t.

The DR-Z400SM is a really good bike but it isn’t really £3500 worth of bike. The single cylinder motor is fun but a touch limited in its performance and while the chassis is agile, there are only so many tight, bumpy and twisty roads you can explore within the (rather limited...) tank and comfort rage of the Suzuki. If you can get one at a good price, the SM makes for a great second bike that is bags of fun for short distance and a good commuter, but it will always be a second bike as it is quite limited in its use where its enduro sibling opens the door to far more activities.

Three things we love about the DR-Z400SM… 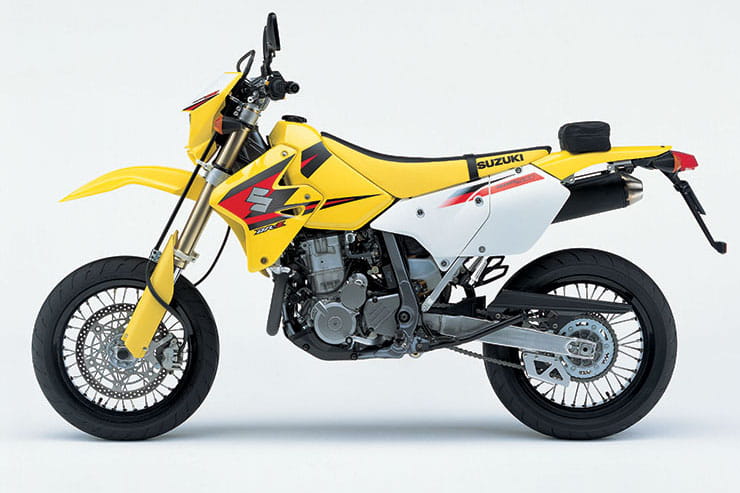 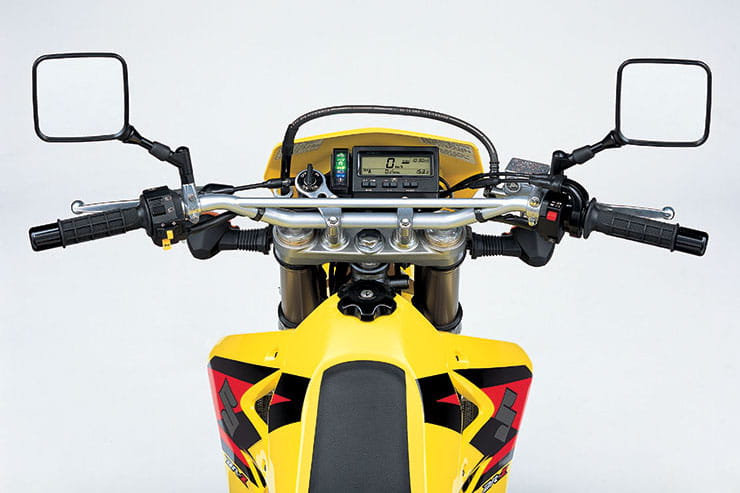 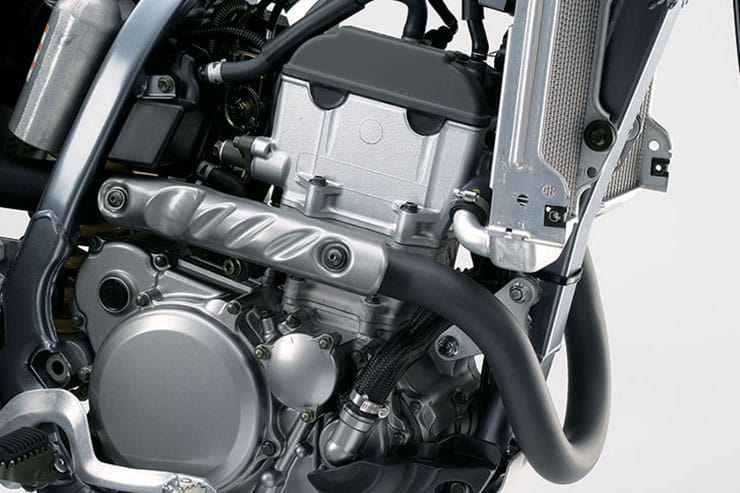