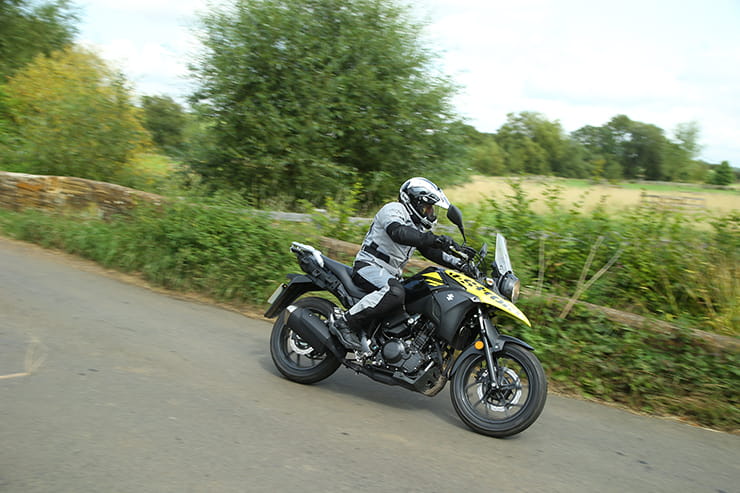 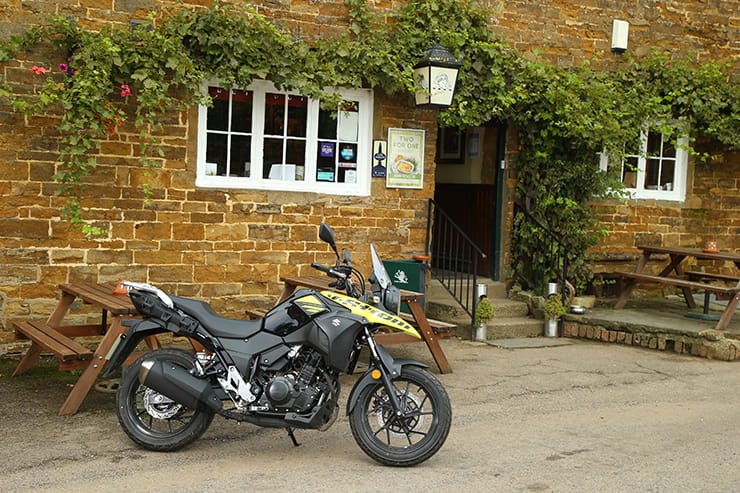 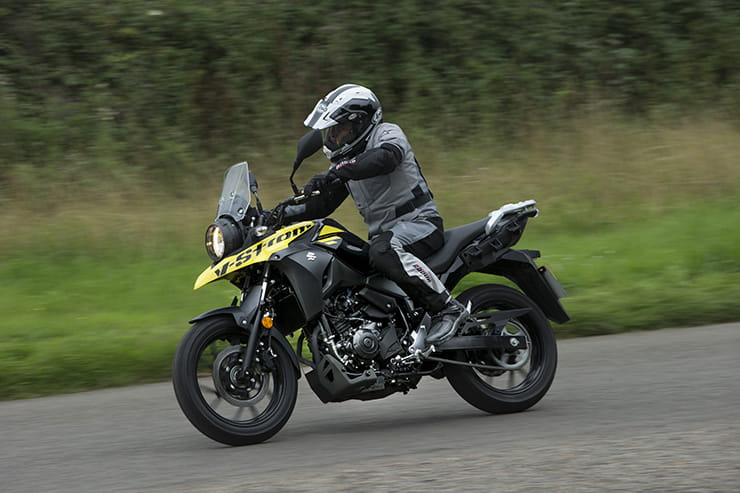 With the big-capacity and middleweight adventure bike market booming, many manufacturers have started to look at ways of attracting newer riders, or those restricted to an A2-licence, into this segment. However it has to be said, the success rate has been fairly low and the attrition rate quite high when it comes to this new breed of mini adventurers. And sadly for Suzuki, their entry was one of the ones that fell short of the mark and as a result lived a very brief life indeed. Launched in 2017, the V-Strom 250 was a case of so near but so far for Suzuki and kind of summed up where the company was in the mid-2010s (and some would argue still is...). Hampered by a poor performing and outdated engine choice, the V-Strom 250 could, and should, have been so much better but as it was it failed to hit the mark and was discontinued in 2020. Although to be honest the bikes sold in that year were remaining stock and it was actually stopped being imported a year earlier. So is this failure one to avoid? Yes and no. If you are after a solid and reliable lightweight adventurer the V-Strom 250 isn’t a bad bet. However you need to be aware of its limitations...

This is the real Achilles’ Heel of the V-Strom 250 as the Suzuki is woefully underpowered, even for an A2-legal bike. Producing a claimed 24.7bhp and 17.3ft-lb of torque it feels sluggish and painfully slow. To be fair the low-end drive is ok and it is a smooth motor but it runs out of puff frustratingly soon and labours and struggles to top 70mph. It’s just a slug and as long as you accept this fact it isn’t too bad but, frustratingly, it could have been so much better and when you can make an A2-legal bike that can produce up to 46bhp, it is annoying that Suzuki stopped so short of this mark.

The V-Strom is powered by the Inazuma’s parallel twin engine, which is a pretty run-of-the-mill motor with only a single overhead cam and two valves per cylinder. To be fair to Suzuki they did a small amount of work to make it Euro4-compliant, but that was limited to new intake valves and that’s about it. A very solid motor that is extremely reliable, your main concerns when buying used is the fact it has fairly short 3000-mile service intervals, with the valve clearances checked every time! On the face of it this may sound drastic, however as the V-Strom has ‘nut and screw’ type adjusters and not shims, adjusting them is a quick and easy job. A service is unlikely to cost more than £250 despite the extra work. The gearbox is also very solid (there are six gears) and the clutch, as you would expect, very light. Suzuki made the V-Strom’s exhaust lightweight with a two-into-one construction and a chamber before the catalyser. Quite prone to rust, inspect this well and look for any signs that the black paint finish has been refreshed! Remarkably you can buy known-brand full titanium systems to replace it – but they cost over £600 so are a bit of a waste of money on such a bike. There are cheaper alternatives... Overall, the engine and mechanical parts are solid on the V-Strom, so look for finish on the engine’s cases, worn chain and sprockets, rust and any damage to the radiator. 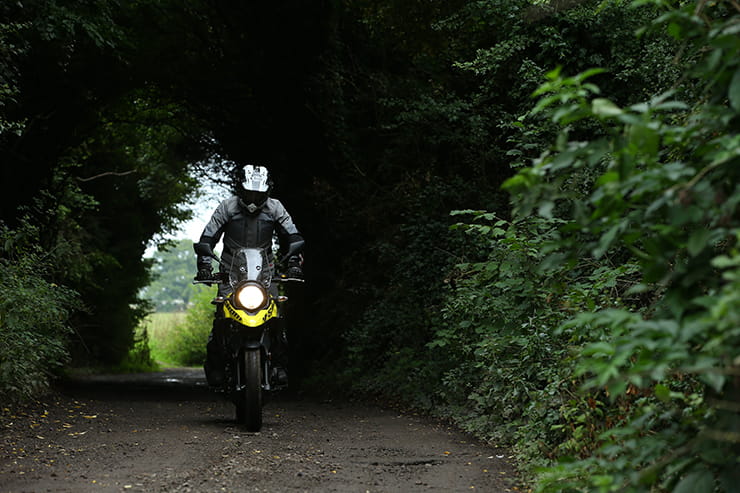 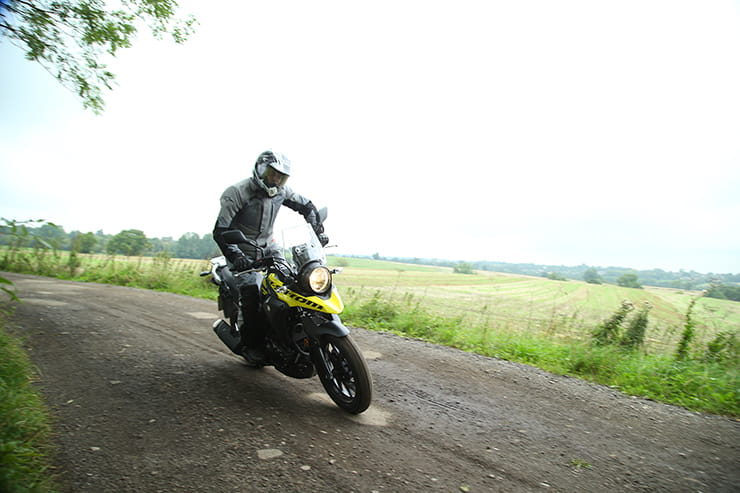 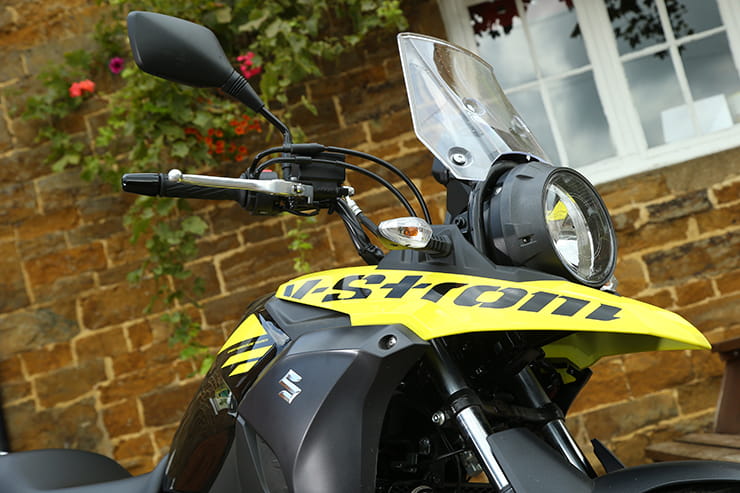 Suzuki claimed 88mpg was achievable on the V-Strom, equating to a range of around 300 miles from its 17.3-litre tank. In reality it will record 80mph if ridden at its preferred speeds – less than 65mph!

With the same 17-inch wheels as the GSX250R (also short-lived...) the V-Strom 250 is more a road adventurer than the likes of the Versys-X and while it handles well in terms of its agility and surefootedness, the issue is the suspension. Very budget in its feel, the lack of damping control and general bouncy ride quality does make the little Suzuki feel a bit of a wobbler in bends. Will this upset newer riders? Probably not, on the plus side it is quite comfortable over bumps and good in town. As the suspension is so cheap, always check it very well for leaks or a duff shock as while rebuilding the forks is quite a cheap and easy job, a new shock costs around £250 for a budget aftermarket item or £100 for a second hand Suzuki one. The chassis itself is pleasingly robust, tyres are cheap (the OE IRC ones are fairly horrible but last ages) and really aside from crash damage, there isn’t much to get too concerned about.

Single discs front and rear with ABS (supplied by Bosch) as standard mean the V-Strom is armed with enough stopping power. As the bike only tips the scales at 188kg wet, you don’t need much more and it is nice to see Suzuki have given it wave discs for a dash of style. Worst case scenario is a sticking caliper, which will require a £30 rebuild kit. 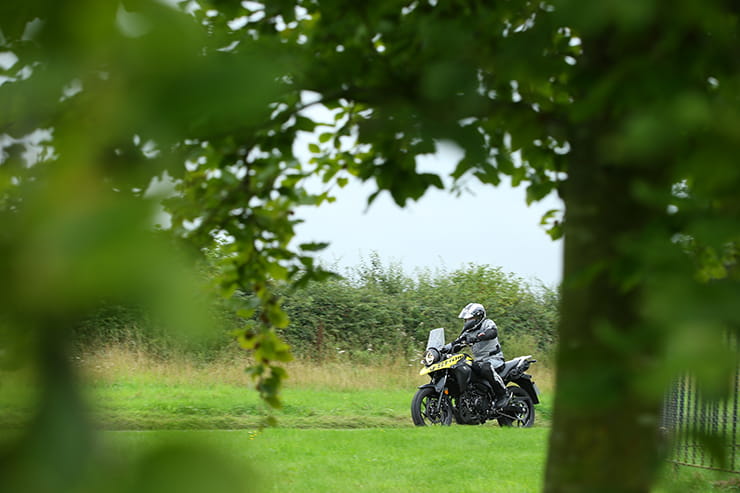 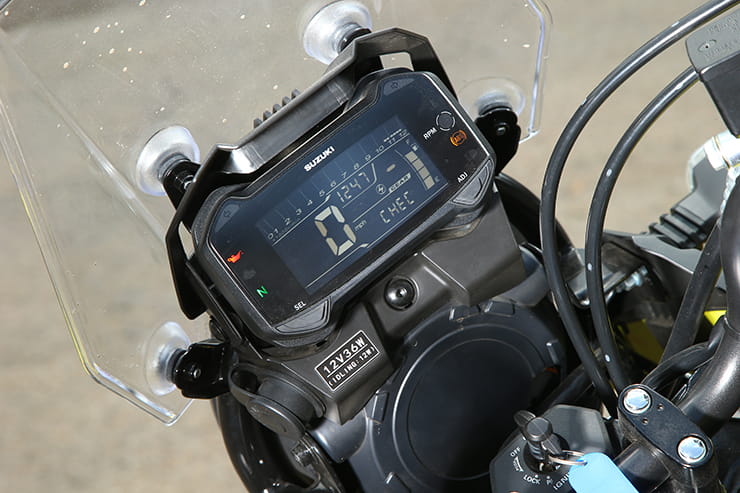 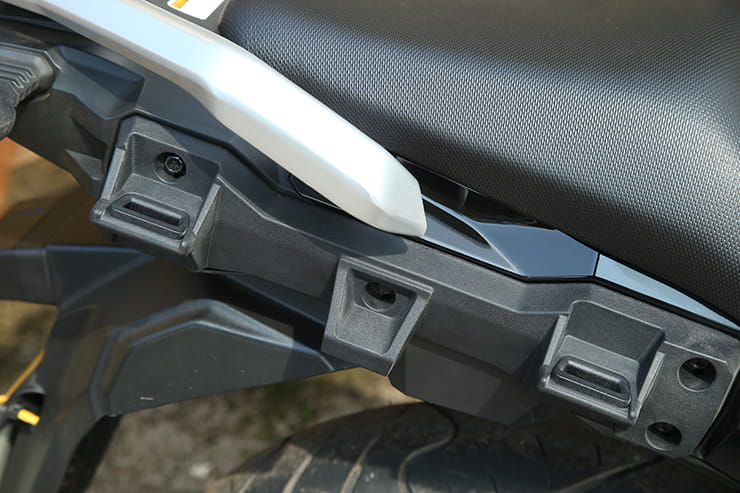 Suzuki deliberately gave the V-Strom 250 a ‘big bike’ feel (they called it ‘massive and smart’...) and it is actually very comfortable to ride with lots of room. The seat is well padded, the screen reasonably effective and you even get inbuilt pannier mounts! If you don’t mind travelling at 55mph (or even less if you are fully-loaded) you can tour on one – just very slowly...

With no rider assists aside from ABS, you have to look at the V-Strom’s dash. With a gear indicator and fuel gauge as well as all the usual trips, it’s not bad at all and reverse-lit display is clear to read.

Suzuki sold a range of accessories for the V-Strom with a 23-liter top box and 20-litre panniers the most helpful. There was also a tank bag, brush guards, heated grips and a centre stand. Only a few used bike have luggage fitted, mainly as to buy it from Suzuki you were looking at a total bill of over £1000. If you want luggage, explore the many cheaper aftermarket alternatives instead or buy a bike with it already fitted. Although accessories are quite limited in the UK, you can buy a taller screen, crash protection and luggage racks.

When you ride it the fact the V-Strom 250 flopped isn’t a huge surprise. If it had a bit more power it would have probably lasted longer, however as it stands it is quite disappointing. That said, if you want a comfortable and frugal mini adventure bike, it is cheap and very easy-going as well as better handling than some rivals thanks to its 17-inch wheels. A decent bike but certainly not outstanding.

Three things we love about the V-Strom 250… 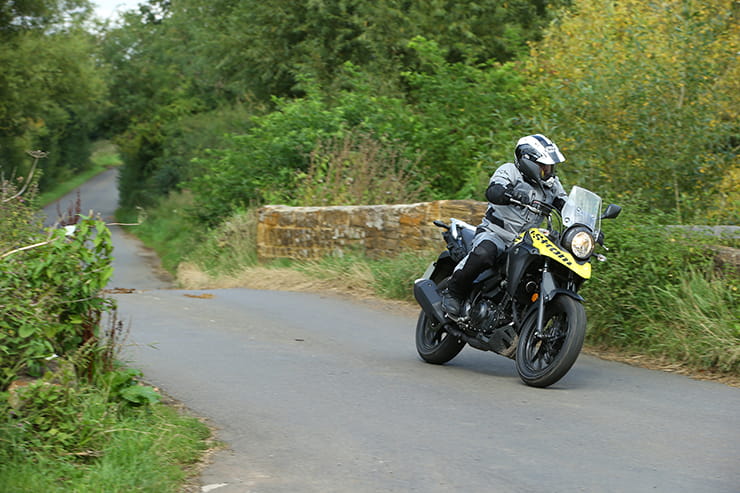