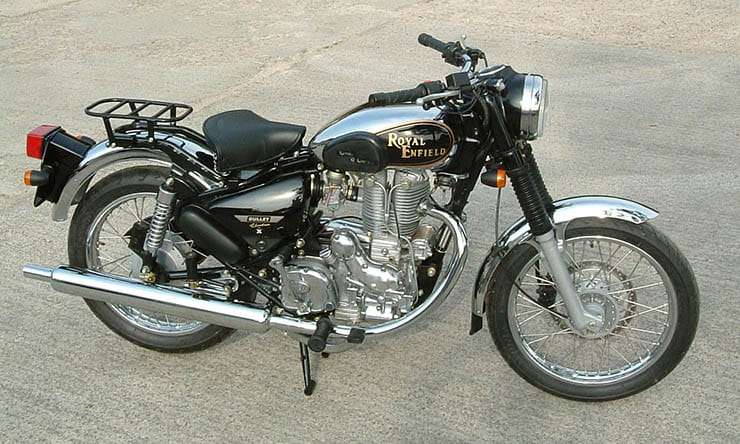 There is a certain basic charm to Royal Enfield’s model range and the Electra-X models are the last of what many view as ‘true’ Enfield bikes. And by true, what they mean is that they are powered by the authentic pre-unit (the gearbox and motor are separate) construction motor that can trace its routes back to the days that Enfield was actually a British company.

Launched in 2004, the Electra-X signified Enfield’s interest in being taken seriously by the European market. The old ES models, which were a touch clunky, were basically just Indian bikes shipped over to Europe where the Electra-X bikes not only came with an emissions-conforming head, they had an electric start and left hand gear change – how very modern! And they actually sold rather well.

Imported at the time by a company called Watsonian-Squire (who actually supplied the sidecar used by Hagrid in the Harry Potter films), the firm took the base Classic model and added some extras to it to create a few of their own variation. Bikes such as the Sportsman and T gave nostalgic Enfield fans what they wanted, a British (well, Indian) single that looked and sounded authentic and yet came with an electric start.

With the current interest in retro bikes and modification, rolling up on an Enfield no longer means people will laugh at you. The T and Sportsman are bang on fashion and at under £3000 are great value, especially considering they cost virtually nothing to insure and will do 75mpg! While it is true the unit-construction motor is more reliable, it does lack a bit of the authenticity of the Electra and styling means everything nowadays.

There isn’t a hell of a lot to go wrong with an Enfield and what does break can generally be sorted out at the side of the road! That said, the older Enfields do requite a bit of love and you can’t expect the kind of reliability you get with a modern Japanese machine. Most owners will do their own maintenance, so spend a while chatting with the seller about the bike to get a handle on if they know their onions or not. Short of regular oil changes, there is nothing much to keeping an Enfield on the road. A bike that has been off the road for a while may need a carb clean, but again, this is no drama. The biggest issue when buying a used Enfield is the level of finish, which can be a bit poor. The spoke wheels will rust if you don’t wipe them with an oily rag often and once the corrosion sets in on any chrome parts are basically scrap. Is that an issue? Happily, parts for Enfield are incredibly cheap and that means even changing a complete front mudguard is only £70, a tank £300 and a seat £133. Always check the electrics all function as they are pretty poor quality and electrical faults can be a nightmare to trace – although a new main wiring loom is just £240…

The Electra-X with its ‘lean burn’ motor replaced the older 500 ES engine that was used from 2001 – 2008 on the Bullet models, so there was some overlap. The ‘lean burn’ motor is essentially a Sixty-5 engine, which was an ES that came with a left-hand gear change and five-speed gearbox, but with a modified alloy barrel to help it pass emissions laws and an electric start as standard. The ‘lean burn’ motor was replaced in 2009 by the ‘unit construction’ engine, which was a completely new design of motor and forms the basis of the current Enfield engines. The ‘lean burn’ powered Enfield’s Electra-X range, which included the Classic (above), Electra 500-T trials style bike (pictured right) and the Electra Sportsman (below) with its café racer look. 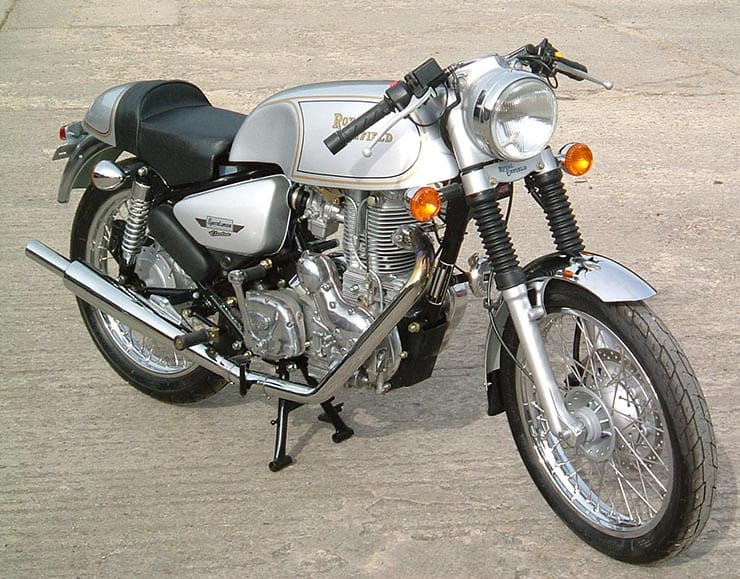 Weirdly, there are a lot of Royal Enfield out there for sale, but the pricing is a bit confusing. You can actually get a brand new 2016 Bullet for under £3699, but a 2010 ‘Army’ Enfield is the same price! If owners have spent a lot of money customizing their bike they feel it is worth more, however the market rarely agrees and modified Enfields go for in the region of £2500 irrespective of their year of manufacture. Generally, if you want an Electra-X Classic, which is the basic model, aim to pay £2500, the Sportsman will set you back closer to £3000 and the relatively rare T will be just over £3000. Amazingly, they were only £3799 brand new! 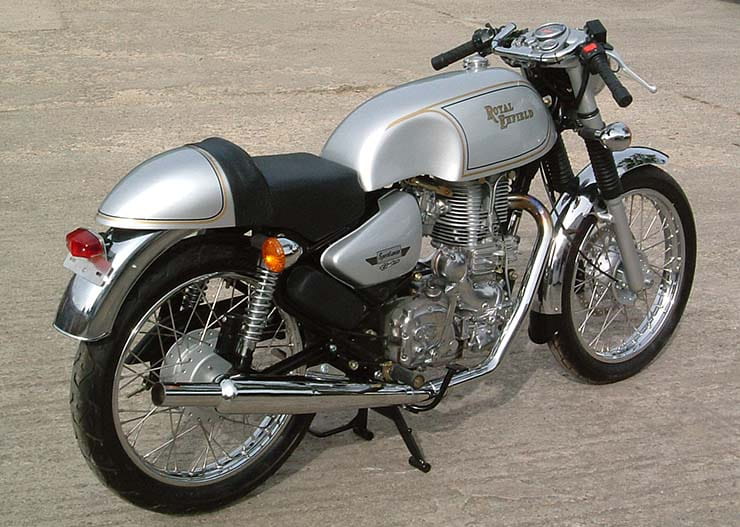