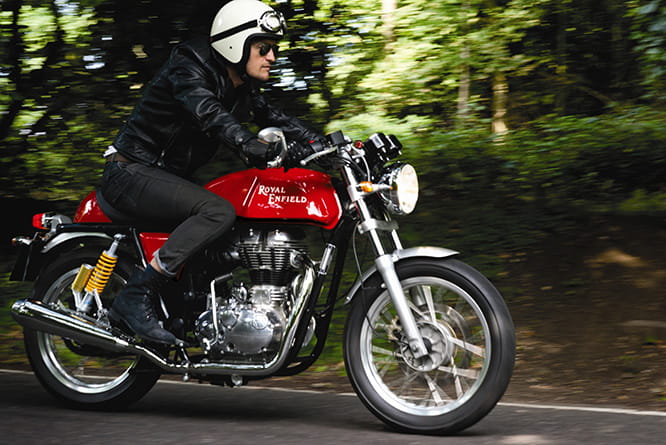 Although ‘only’ a 29bhp air-cooled single and boasting far more in retro, old school style and tech than it does performance or practicality, the Continental GT is a pretty significant machine – for two reasons.

First, it’s symbolic of a whole new, ambitious culture that’s emerging at the Indian firm under the leadership of new CEO Siddhartha Lal. No longer content with just its enormous domestic market, where Royal Enfield’s rustic, old school single has been a hugely popular workshorse for the past half-century, the company is now targeting huge growth through export sales. The Continental GT, which was launched to a huge fanfare at the Ace Cafe in London having invited the whole of the world’s motorcycling press, is the first demonstration of that – with more to come.

And second, because in attempting to achieve just that, it’s Royal Enfield’s most advanced and ambitious bike ever (although, we admit, given its background of clunky, time warp plodders, that’s not saying much). To give RE some credit, the GT is smartly styled (although the ‘Monza-style’ filler, fake ‘Ohlins’ rear shocks and cheapo single-pot Brembo front caliper are almost insultingly tacky); handles better than any previous Enfield thanks to a new (but still old school) tubular steel twin loop frame designed by, no less, than Harris Performance and, for a middleweight single, goes reasonably, too thanks to the capacity and performance hike. Don’t be fooled, though, it’s still, ‘just’ a 29bhp retro single… 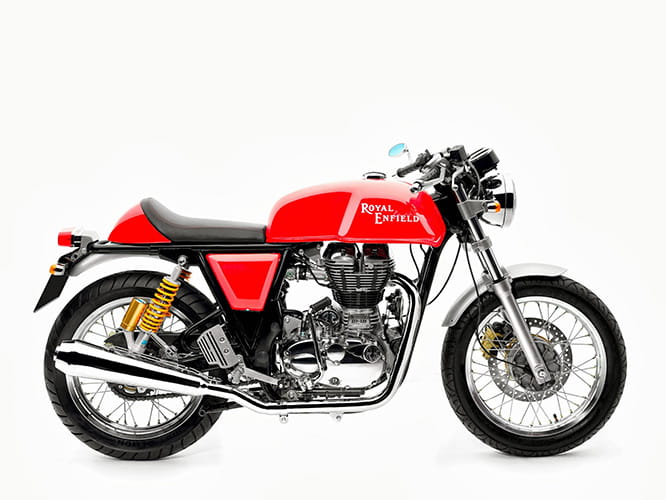 The GT has only been around two years and is (mostly) based on proven, understressed mechanicals, so there’s not that much to worry about. The engine is the Italian-designed, fuel-injected, ‘lean burn’ unit introduced in 2007 to comply with the latest emissions regulations. As long as it’s been serviced correctly, there’s no reason for alarm. While overall, the GT is the kind of machine that’s only used for short, fun runs on sunny summer afternoons, so expect mileages to be low and cosmetic condition to be immaculate. If it’s not, walk away, there are plenty more out there to choose from. With bikes like these cosmetic condition and correct maintenance is everything, so inspect very closely both for any damage or scrapes and scratches in all the usual places (bar ends, levers and controls, paint finish etc) AND to check that’s any example has been properly looked after. Giveaways to the latter are an out of adjustment or unlubricated chain, controls (clutch, brakes etc) that are out of adjustment or, again, need lubricating and worn consumables, eg brake pads, tyres, low oil level etc. If all of these are correct, cosmetics are good and the service schedule has been maintained, you’re on to a winner. 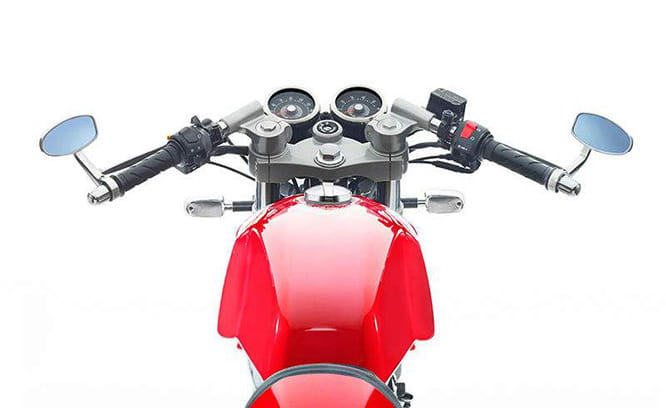 Nothing of any note. The very first GTs were only available in red, although alternative colour schemes, namely yellow or black, were made available as options for 2015. Mechanically there have been no recalls and no reports of problems. There aren’t that many accessories available, either, so most examples remain completely standard.

There are, perhaps surprisingly, plenty of low mileage used GTs out there, perhaps a result of dealers selling off old demos. Prices start from as little as £3899 for a 1000-mile example, a useful £1000 saving over new, to 300-mile ex-demos at just £4499.

What do  you make of Royal Enfield's return?