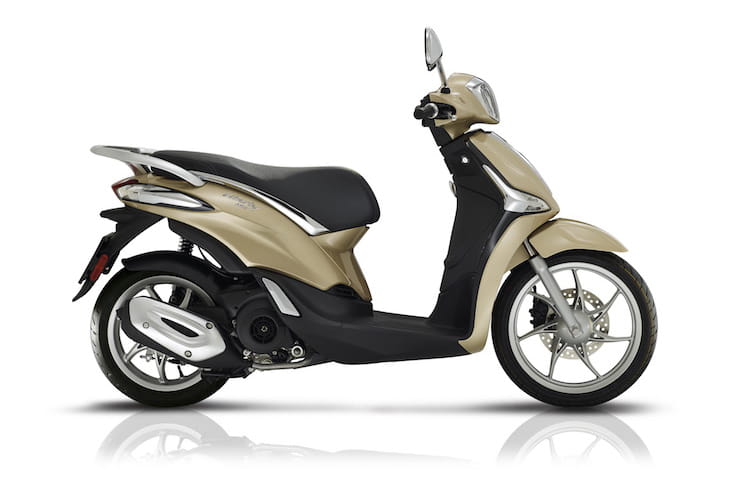 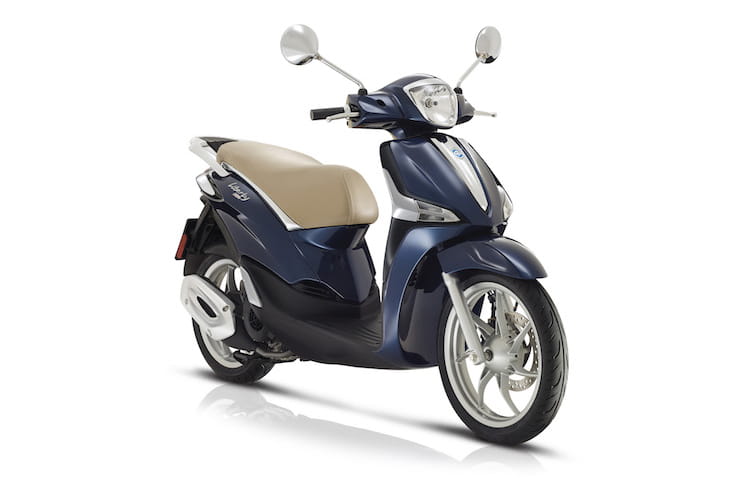 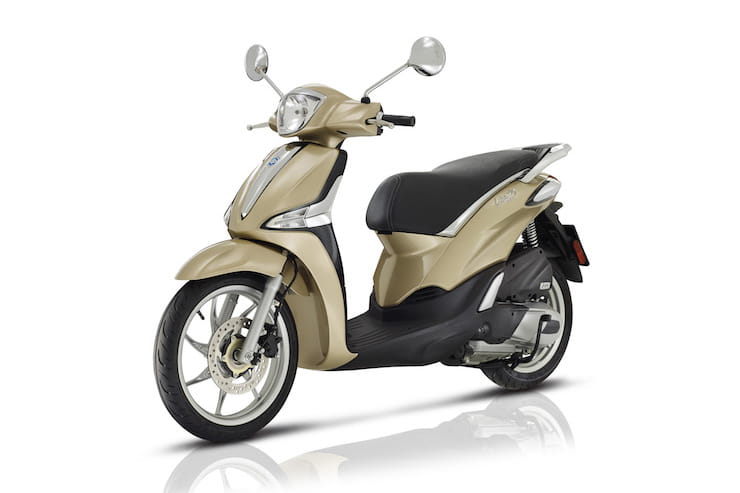 The Liberty is Piaggio’s well established but often overlooked high-wheeled commuter scooter, a stylish workhorse with larger than average wheels to aid stability. Big-wheeled scooters are slowly but surely catching on with conservative Brits and those extra inches make all the difference to the quality of the ride when compared to more traditional 10” scooter wheels of old.

The Liberty was originally introduced in 1997, has been available in a variety of engine sizes including 50 and 150cc (although it’s mostly been a 125 in the UK) and has been consistently updated over that period, most recently in 2019. The latest version now has the Euro4-compliant ‘iGET’ engine, an even larger 16inch front wheel, now standard ABS and improved comfort, dash and lights.

The latest Liberty 125 ABS currently retails for £2,499 with the 50cc version available from £2,299, so it remains good value. If you’ve got a larger budget or want more creature comforts Piaggio also offer the more luxurious, big-wheeled Medley 125 starting at £3,299. What’s more, having been in production since 1997 and with sales approaching 1million machines in that time (world-wide), the Liberty is a popular machine with plenty of used examples available. Reckon on around £750 for decent, older, roadworthy examples and £1500-£2000 for anything less than 10 years old and in good nick. 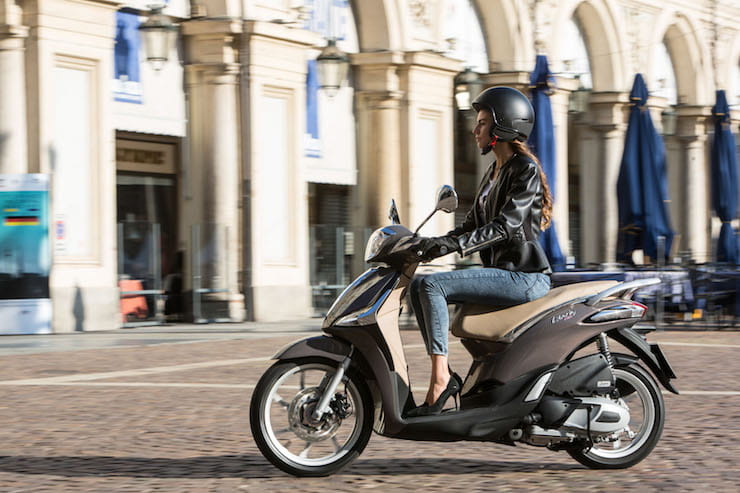 Although its engines have been updated over the years, generally speaking the Liberty 125 is powered by a gentle, automatic engine producing around 10bhp with a fairly gentle, unintimidating delivery. That said, it should be good for a tad over 60mph and being a relatively lightweight scooter means it accelerates fairly well, too.

The original Liberty was powered by Piaggio’s excellent, four-stroke, single cylinder ‘LEADER’ which was in turn upgraded to the nippier and more economical 3-valve version in 2013 before again being updated with Piaggio’s latest, Euro4-compliant ‘i-get’ (‘Italian green experience technology’) unit, still in air-cooled form, for 2019. This is also now fuel-injected with delivery via the usual, scooter, ‘twist ‘n’ go’ CVT transmission. 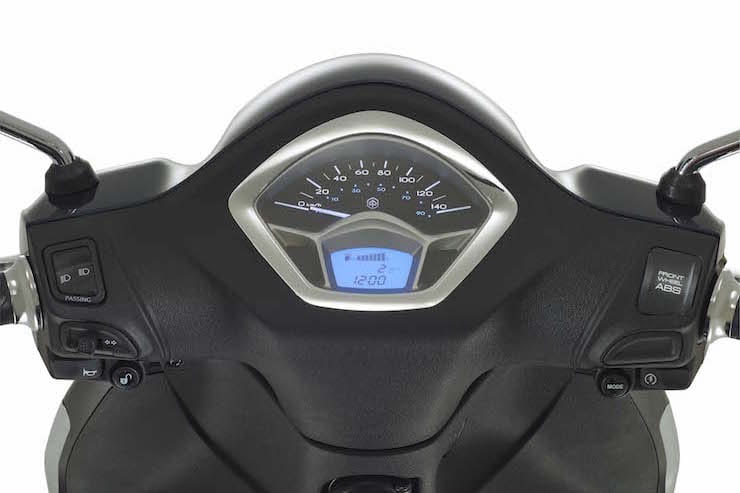 Although producing a reasonable 10bhp, the Liberty is tuned more for easy torque and fuel economy than outright speed. Accordingly, fuel economy is decent and Piaggio claim around 70mpg from the latest powerplant, which equates to around 100 miles from the 6-litre fuel tank.

The Liberty is a classic ‘big wheel’ scooter, the latest incarnation from 2019 sporting a 16inch front wheel to go with the 14inch rear. The frame is conventional tubular steel cradle with strengthening aluminium panels while suspension is by conventional, non-adjustable telescopic forks at the front with a single unit at the rear which is adjustable for preload.

On the road, larger wheels really make a difference to the riding experience. Sunken grates, potholes, lumps and bumps can all be ridden over with relative comfort and confidence compared to a scooter with traditional sized hoops fitted. As an experienced rider this may not be too much of a selling point but to somebody who’s not too sure about taking the plunge and getting out on a scooter for the first time a large wheeled machine is a definite advantage and will quickly help them to settle in. 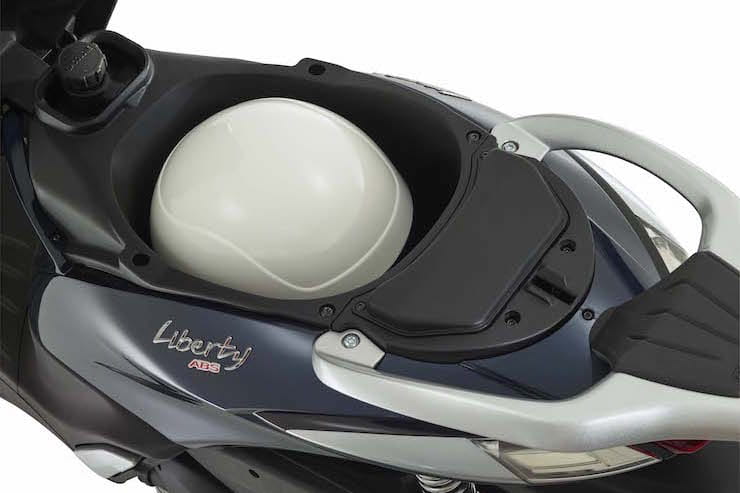 The braking system on the latest Piaggio Liberty, even on the 50 cc version, is made up of a 240 mm front disc, gripped by a Nissin calliper, along with a reliable and tireless 140 mm rear drum. Both are more than adequate considering the Liberty’s light weight. ABS now comes as standard, too.

The Liberty has a nice relaxed riding position which makes the scooter a comfortable option and it comes with flip out pegs and a rear spoiler, which also doubles as a passenger grab rail. The saddle on the latest version, from 2019, was completely remodelled, along with revised ergonomics and as a result is significantly more comfortable with a roomier area for the rider’s feet and, thanks to the foldaway foot pegs, the passenger's as well. That said, this is a town commuter, not a long distance machine, nor is it particularly suited to long rides on A-roads.

There are no electronic rider aids, although ABS was added recently. The dash was updated on the 2019 model and now comprises a modern LCD display and includes all the usual warning lights and it also houses the speedo, a fuel gauge and a digital clock.

A traditional disadvantage of big-wheeled scooters is a lack of storage space as the larger wheels eat up quite a bit of room under the seat. However, the latest Liberty’s storage compartment is a spacious 17 litres thanks to a repositioned battery

There’s also a handy glovebox at the front of the scooter and Piaggio also list some useful optional extras, including a top box with a 33-litre capacity, leg covers and a tall screen. Talking of security the 125cc Liberty is also fitted with an engine immobiliser, which is always a welcome addition. 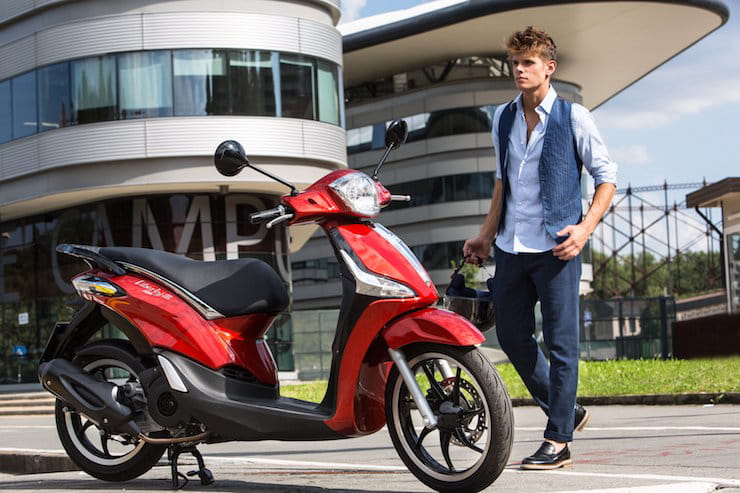 The big wheels certainly make the Liberty easy to manage, particularly over bumpy or potholed city centre streets. Add the faultless auto transmission of a modern auto, a clean, reliable and low maintenance four stroke engine, excellent fuel economy, spot on build quality – not to mention the style and practicality of a scooter and a machine like the Liberty 125 is sure to win over quite a few prospective customers who are looking for a commuter machine with a bit of class. All in all the Liberty is a great little runabout, it’s good to ride and it does the job it’s meant to do very well.

Three things we love about the Liberty…