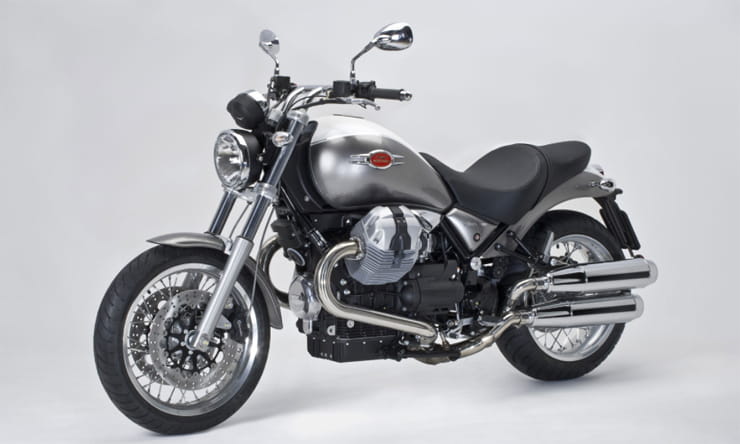 The chances are that you have never heard of the Moto Guzzi Bellagio, but don’t worry as it is one of those models that slipped under the radar of all but the most dedicated of Guzzi fans. So why should you consider owning a used one? The Bellagio is a really cool looking Guzzi that is a also bit of an oddball and to many riders, that makes this part cruiser, part muscle bike, quite appealing.

Initially unveiled as the 940 Custom but then renamed the Bellagio by the time it hit dealers in 2007, the idea behind this machine was to offer fans of Harley’s Sportster an Italian equivalent. Which was a bit of an optimistic thought, but nonetheless it did lead to this interesting Guzzi that was actually designed to be sportier than other models from the Mandello del Lario factory. Did it achieve this goal? Not really, but don’t let that put you off.

Powered by a unique 936cc engine that was created by merging the 1100’s base and the 877 Breva’s conrods, the Bellagio makes a fairly peppy 75bhp and 57ft.lb of torque, which was actually more than the Sportster. This was then wrapped in a chassis that was reasonably sporty and had a look inspired by American power-cruisers with twin stacked exhaust pipes and an aggressive stance. And you have to say Guzzi hit the mark with styling as the Bellagio is certainly a head turner.

Looks aside, to ride the Bellagio is really good fun. It’s not the fastest bike out there, but it is packed full of Guzzi soul and spirit and vibrates, wobbles and shakes like a good one. The chassis is far sportier than a Sportster and you even have the added benefit of a maintenance-free shaft drive. If you are into the naked bike scene and want a chilled out bike with a bit of soul, the Bellagio is a great option. 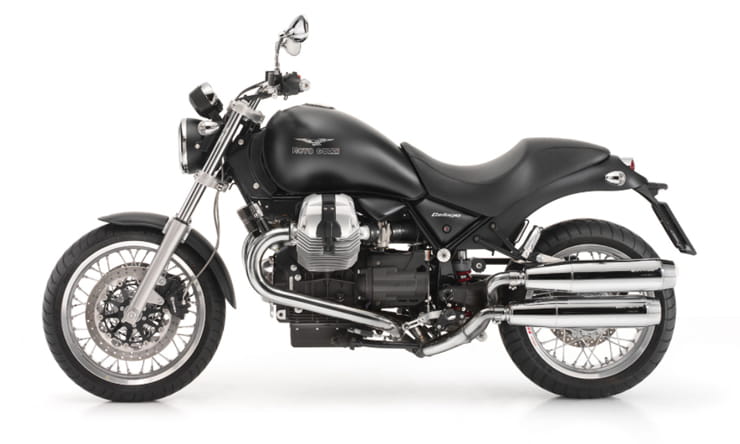 The Bellagio’s engine is a bit of a mishmash of two motors, but this doesn’t create any major mechanical issues so don’t worry too much about that as it is generally very reliable. As with a lot of Guzzi models, the finish on the Bellagio is a bit poor and rust is a common irritation. Always check the spokes and engine for any signs of corrosion as these areas can be susceptible and once the rot sets in it is very hard to get rid of. The motor requires servicing every 6000 miles/one year and be careful when it comes to the oil as three different grades are used for the gearbox, engine and shaft drive and home serviced bikes may not take this into account. Overly noisy tappets could hint at damage to the followers, but this is rare, and always check the shaft drive for oil leaks and any rumbles that indicate the bearing is worn. Generally the electrics aren’t (surprisingly) a problem on the Bellagio, but be aware the seat is terrible for pillion – if you want to avoid any arguments, search out the optional extra ‘touring’ seat! Finally, most Bellagios sold in the UK came in black, however there are a few silver ones out there, which add an extra element of cool. 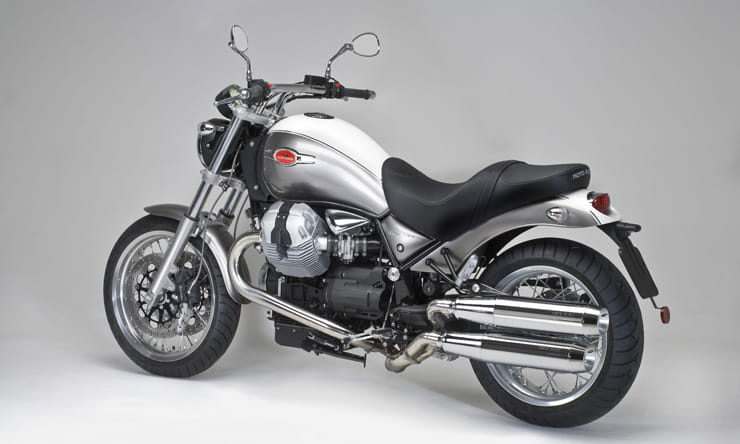 The Bellagio was never updated and only remained in Guzzi’s model range for a relatively short five years, although the last few of these were basically old stock models being cleared out rather than new ones actually built.

Compared to the likes of the V7 range or the larger capacity models, the Bellagio was never a big seller for Guzzi in the UK and as such it is quite tricky to locate. If you can find one you have to expect to pay in the region of £4500 to £6000 as their rarity makes then quite exclusive and riders do search them out as they are a bit unique both in their styling and character.

Moto Guzzi Club GB – The Moto Guzzi Club GB can be contacted via www.motorguzziclub.co.uk and is a really active club that organises loads of rideouts and meets. If you have an issue, the forum is a great place to start asking for help and there are often bikes advertised for sale. If you really fancy a Bellagio, put a post on the forum and you may well get a positive result.

Baldrick’s Workshop – Baldrick is an independent Guzzi specialist based in London who has been working on them for over 13 years. A really knowledgeable Guzzi expert and worth contacting if you are stuck www.baldricksworkshop.co.uk