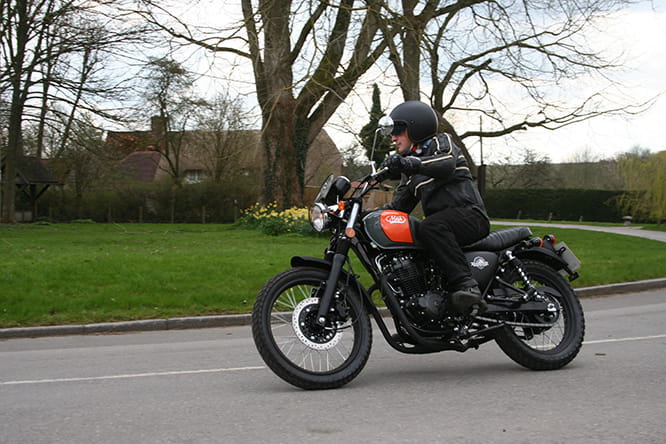 'Street scramblers'. Ten years ago the term meant nothing to most of us, but these were around long before the Bonneville Scrambler appeared, or Ducati launched their own take on the concept. Inspired by American desert racers, the original street scramblers were road bikes of the 1960s and early '70s which nicked one or two off-road styling cues to suggest something more rough, tough and durable than a standard roadster. Triumph, Harley, Honda, Norton, BSA and many others all followed this path, and the bikes they built looked gorgeous (well, some of them). Mash is just the latest to adopt the on/off-road style.

Never heard of Mash? Well in the UK you're probably not alone. It's a French company that imports Chinese 125, 250 and 400cc singles, specifying a retro style that has proved very popular across the  Channel. Andover-based importer HQB Leisure thought it spotted a gap in the UK market, and has been bringing the 400s in for almost a year, starting with the basic roadster Road Star.

The street scrambling Dirt Star is the latest to join the line up, and a cafe racer is coming later in the year. They're all based on the same simple tubular steel frame, with twin rear shocks, five-speed gearbox and an four-valve air-cooled single providing the grunt. And if that motor looks vaguely familiar, it's because it's a downsized version of Honda's 1980s XBR500, now made by Shineray of China. It's not in a raucous state of tune either, claiming just 29bhp at 7000rpm. 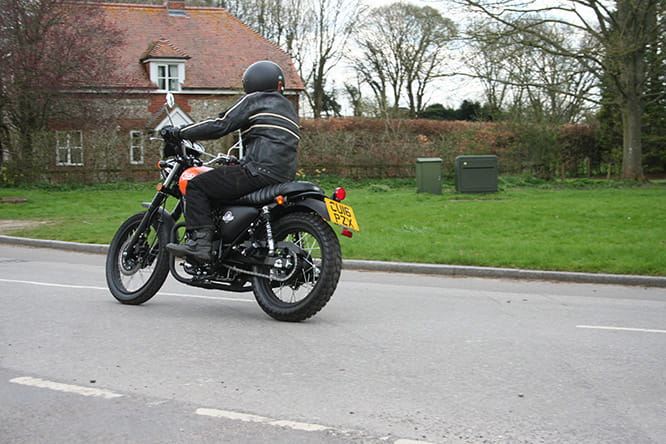 The changes to turn all this into a street scrambler are mostly cosmetic, though the Dirt Star does get beefier rear shocks than the original, a square section swinging arm and semi-knobbly tyres.  Other than that, it's all styling, from the two into one exhaust to the suggestion of a racing plate, headlight grille and acres of matt black or grey. It all adds up to a pretty convincing transformation, though I'd have preferred a high pipe to give it a bit more off-road cred.

Either way, the wide bars give it an easy and relaxing riding position, and that's backed up by the 400cc motor, which is pretty mild-mannered, pulling happily from below 3000rpm and then without steps or hiccups right through the rev range. The red line is at 10,000rpm, but I never got that far because the test was cut short when the bike cut out, never to restart, by the roadside. A duff rectifier, causing overcharging, was blamed.

But there was time to find out that the Dirt Star is a very pleasant bike for bimbling round the back roads on. It's no Enfield Bullet, more of a revvy 1980s single, and there aren't many vibes until over 5000rpm, when they start to make themselves felt and the mirrors blur in sympathy. The relaxed riding position makes you feel like a barn door at high speeds, but it's all easy enough to cope with at an indicated 65-70mph. Taller rider might feel a bit cramped, as the low seat (780mm off the ground) is quite soft, so you tend to sink down towards the footrests. 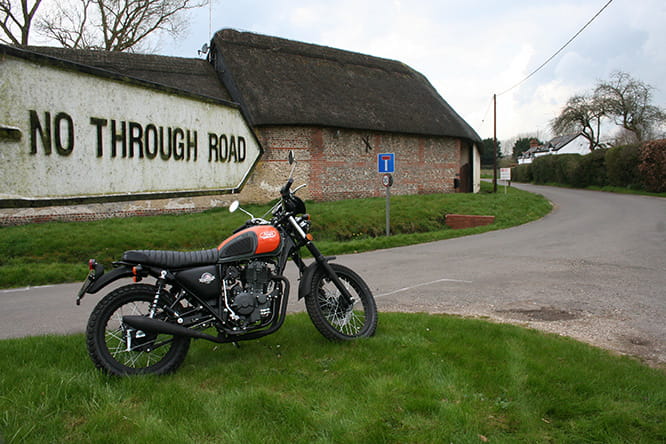 On the twistier bits, the Dirt Star tips in easily with a nudge from the bars, and the tyres didn't cause any moments, admittedly on Hampshire's well surfaced B roads on a dry day. The brakes (disc front, drum rear) felt a bit wooden, but the bike had only covered about 30 miles from new when I climbed aboard – identical brakes on a more mileagy Road Star worked well. As for the suspension, it's pretty basic – the 41mm forks are non-adjustable – but were well damped and compliant. For fuller figures and pillions, you can wind up the pre-load on the shocks.

This is a simple bike, and makes no bones about it, so instrumentation is limited to an analogue speedo and rev counter, and none the worse for that. There's no fuel gauge, so make sure you zero the trip at every fill, and with only five gears to choose between, the lack of a gear indicator isn't a big deal. Because of that breakdown, I didn't get a chance to measure mpg either, but the Road Star I tried last year managed 69mpg – there's no reason why its mechanically identical brother Dirt shouldn't do the same.

So is it worth buying? Breakdown aside, the Dirt Star seems well put together, and at £3999 it's the same price as the most basic Royal Enfield. Mind you, the importer reckons that the Mash doesn't compete with India's finest, having its roots firmly in the 1980s, rather than the '50s. Women and men, choose your retro era. 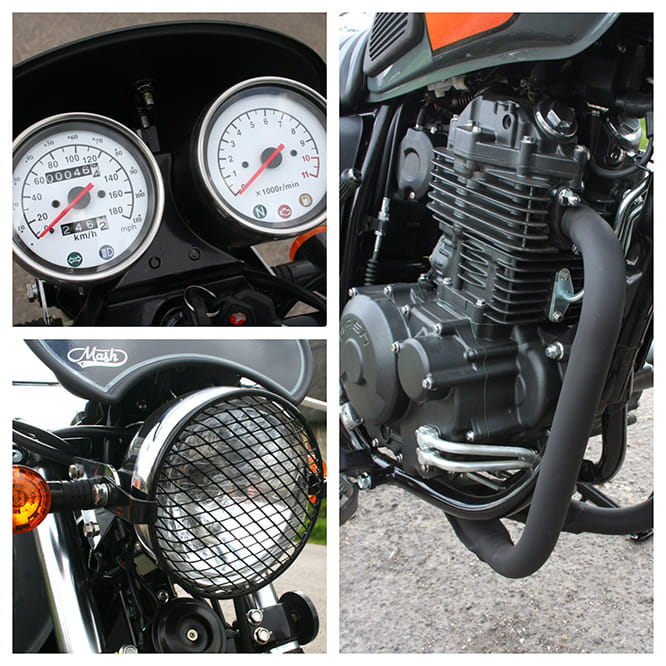